This is the second installment of my favourite train photos series. In this post, I chose photos from the first year of this blog that I particularly like but wasn't able to use in my posts. I used the word "railway" in the title, since one of the photos isn't of a train, but of an old station. You can check out the first installment of this series here.

Okay, let's get started. The first shot is of the ceiling of Ottawa's old Union Station in downtown Ottawa,. The ceilings in this station were inspired by the Roman baths in Caracalla. I loved this shot because it shows three of the arched windows in the station's old waiting room. You can't help but stare at this magnificent ceiling when you enter this room. My family paid a visit to this magnificent old building during Doors Open Ottawa last summer. I like this shot because it shows quite a few of the architectural features of the old station. To read about this old station, check out my post from last year. 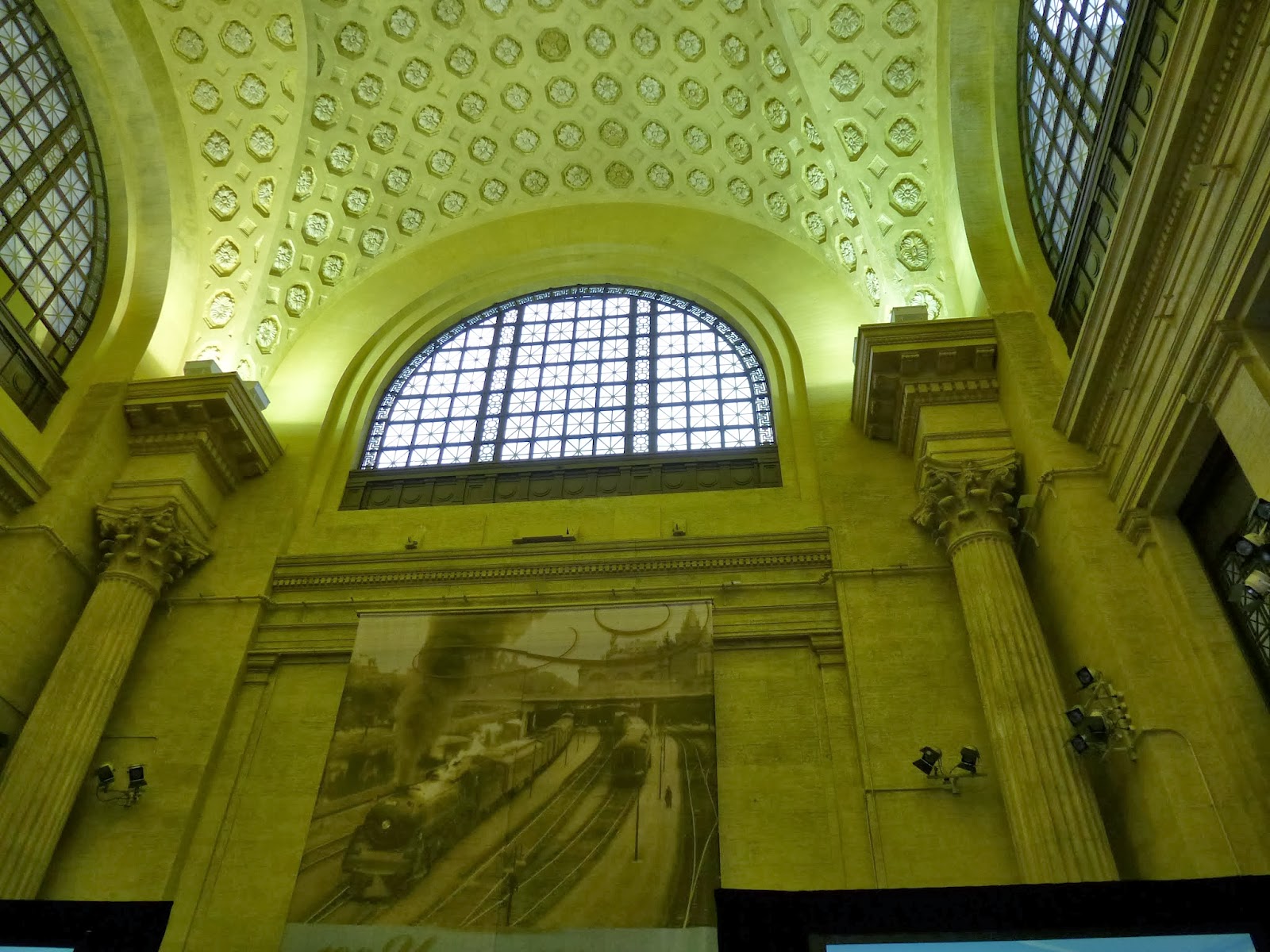 This shot below was from last September. This is long shot of a northbound O-Train crossing beneath the Young Street pedestrian overpass on Ottawa's Capital Railway. I like this photo because it was one of the first times I realized that you don't need to fill your entire frame with a train in order to achieve a dramatic railway photo. This was something I didn't realize when I was younger. I really like the light in this image as well as the colour of the foliage that lines either side of this line. You can also just barely see a red signal beneath the overpass. Lots going on in this photo. It's similar to a shot I used in my post from last fall, but I like the framing of this one much better. It makes me wonder why I didn't chose this shot in the first place. To read about the latest on this line, check out my post about the Capital Railway from last fall. 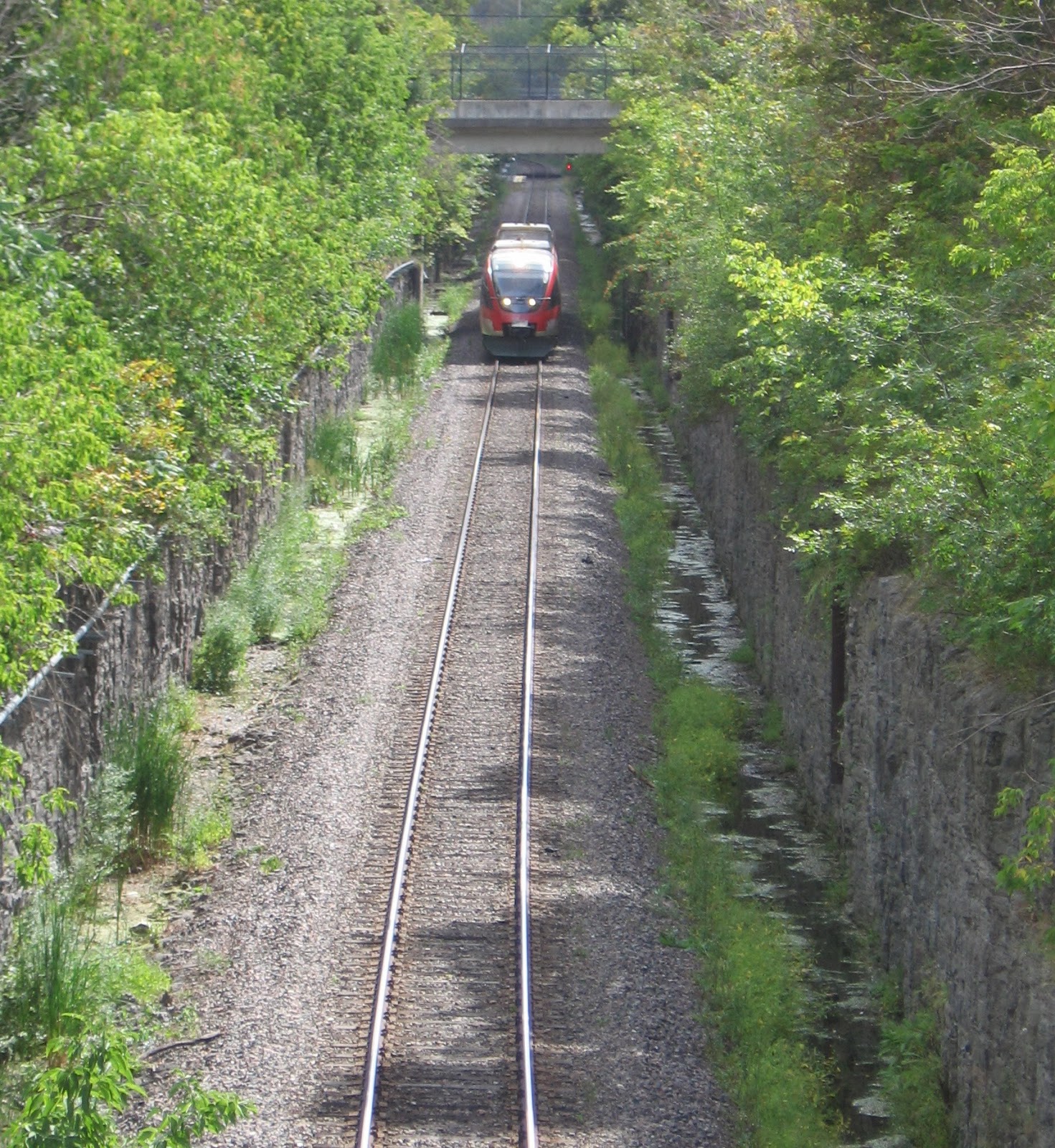 The story behind the next shot is interesting. I meant to use it as a basis for a post, but for whatever reason, I never did. This is a shot taken Aug. 10, 2013 in Markham of one intermodal train passing by a parked train, which is waiting for a clear signal to proceed. The shot itself isn't all that special, but I like the fact that I had to really hustle to get this shot. I had to park along Woodbine Avenue and wait on the sidewalk of an overpass to catch a train. Fortunately, I didn't have to wait long as an intermodal train came roaring eastward toward the overpass. After grabbing a few shots, the train stopped as I heard another one making its way on the opposite track. Two for one! It was a lucky moment for me.

I liked my shots from the overpass, but I wanted something else. So, when I heard the other train coming, I ran the length of a parking lot that was next to the railway right of way. When I reached the end of that parking lot, I made my way through a hole in a fence into another parking lot, which lead to a frayed fence. I stepped through the fence and proceeded down a weed-choked embankment so I could get a close-up shot of the trains. The problem I encountered when I walked down to track level was that the weeds were so thick, I couldn't actually see the approaching train. You can see some of the weeds and trees in this shot, which were unavoidable. This was all I could catch of the lead unit, CN 5622, as it hustled by.

But, I was pleased with the shot because it had two trains in it, some beautiful blue sky, a few clouds and some movement. For a train-starved Ottawa resident, this is about as good as it gets. 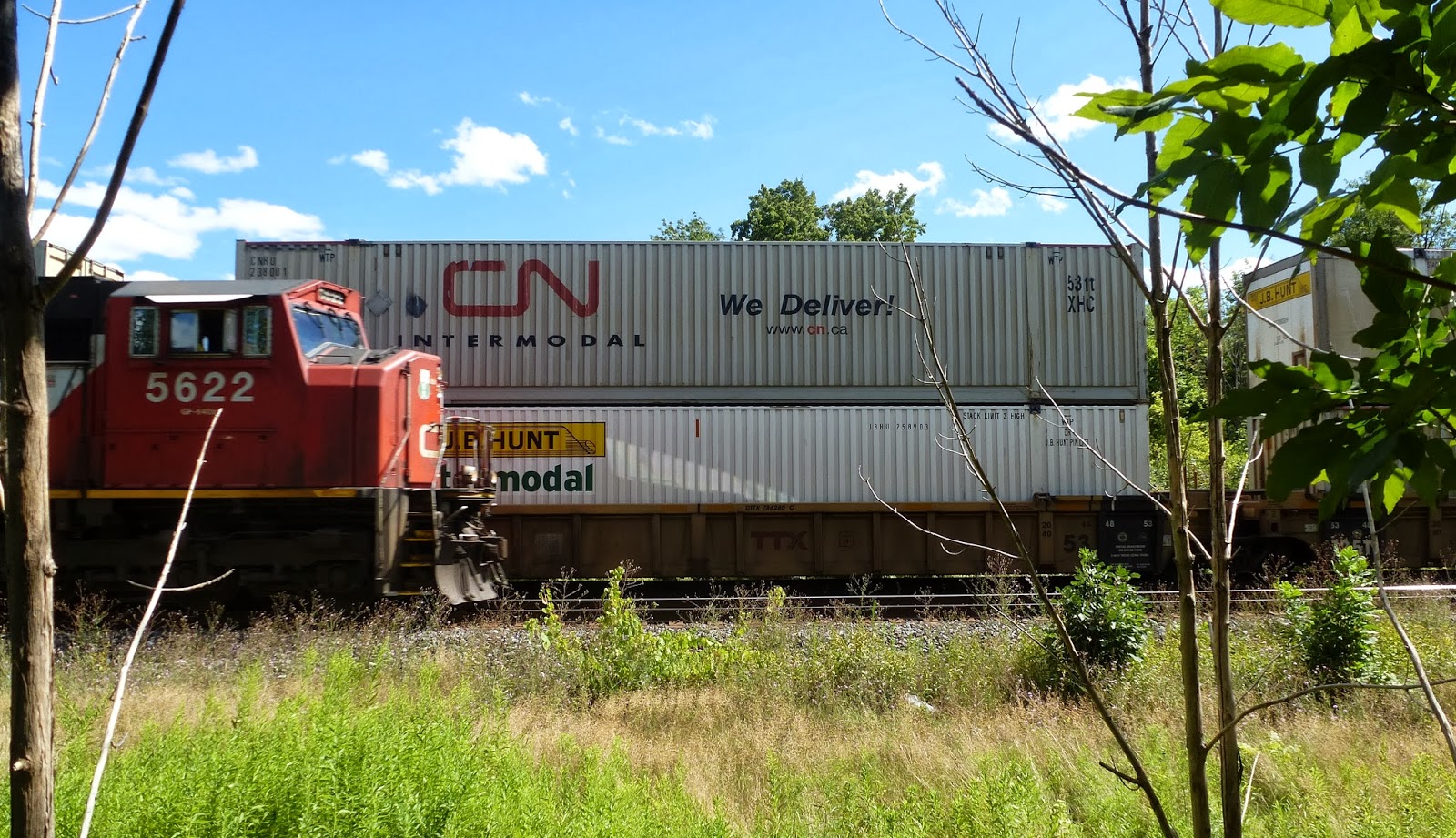 The last shot was snagged last October in Sarnia along CSX's Sarnia Subdivision. Catching this Chessie System bay window caboose, which was hitched to a CSX-painted bay window caboose, was a great catch, since these cabooses were rare 15 years ago when I used to regularly photograph trains on the sub. They are still in use on this sub for shoving movements, making them pretty rare survivors. Seeing this old relic still in use and in relatively good shape brought back great memories for me. Read about my adventures chasing cabooses here. 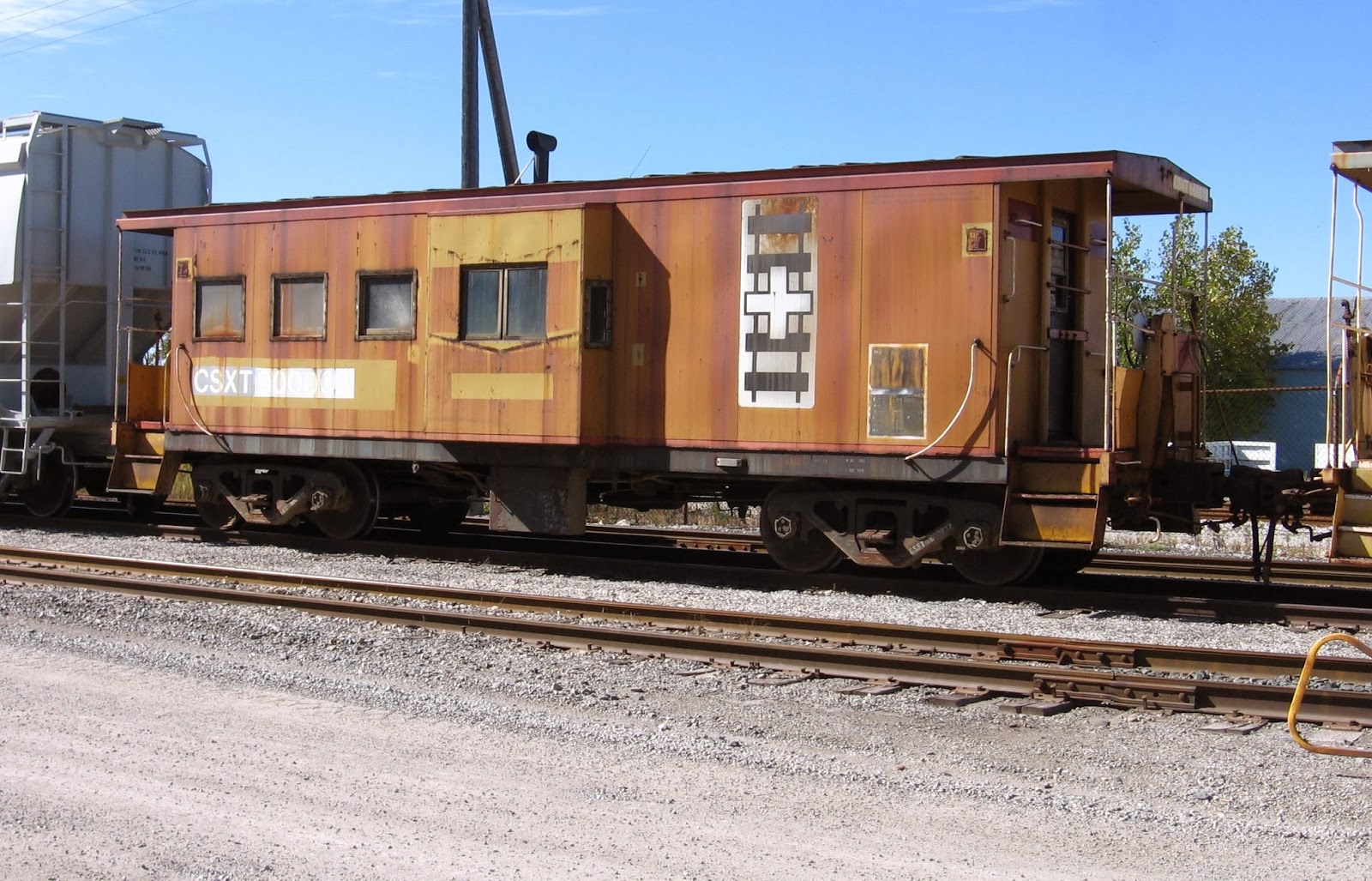 Once again, I find it's not usually the photos that I value as much as the stories attached to them.
Posted by Michael at Friday, February 21, 2014
Email ThisBlogThis!Share to TwitterShare to FacebookShare to Pinterest
Labels: cabooses, Capital Railway, Chessie System, CN, CSX, intermodal, Markham, O-Train, Sarnia Subdivision, Union Station

I could publish several posts on each. And, as with all good stories, I'd start in the middle!