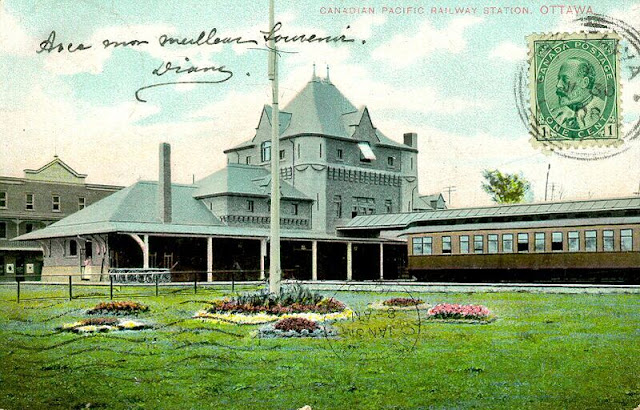 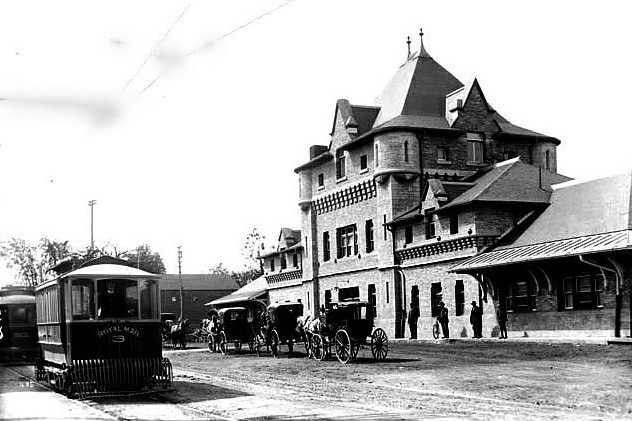 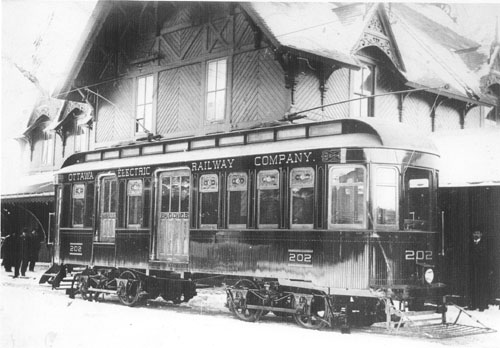 Branchline Magazine
Posted by Michael at Friday, November 29, 2019 No comments:

Walk through Westboro today and you’d be hard pressed to see the vestiges of its grittier past. Today, the trendy suburb west of Ottawa’s core is home to expensive homes, trendy shops and all sorts of infill development.

But when you read about its past, you begin to see how the railway played a significant role in its development. For our purposes, we’re going to focus on the village’s efforts to secure a railway station and look at what the railway did for the area.

But first, a bit of history. Westboro was not originally a part of Ottawa. It was part of the old Nepean Township (which, itself, eventually became the City of Nepean until it became part of the amalgamated City of Ottawa in 2000). Westboro began as a development scheme for people who wanted to branch out of the old City of Ottawa, which in the late 1800s, had its limits around Western Avenue. Westboro developed as a village and soon grew to become the administrative centre of the old Nepean Township. (That arrangement ended when Westboro was annexed by the City of Ottawa in 1949). Even the famous Nepean bell, which became the city’s logo, was originally stationed in Westboro (that bell now hangs on a fire hall in Bells Corners, which served as Nepean’s seat for a while).

Like any emerging village, Westboro needed transportation links to grow. It was originally connected to Ottawa via what became Richmond Road. That road is still the neighbourhood’s main street, but back then, you either used this road or used the Ottawa Electric Railway Company to get anywhere. The OER had tracks to Britannia. The line passed through Westboro along what is now the Byron Linear Park, running next to Byron Avenue.

For residents of the village who wanted to travel outside of the area, they were forced to make the trek to Ottawa’s old Union Station downtown, or to the old Broad Street station on the Lebreton Flats if they wanted to go anywhere. In 1919, they had the additional choice of using the Ottawa West station, in the Bayview area. But again, the lion’s share of the trains operated through the downtown station.

That might not seem like a big deal now, but before cars, it was not easy to get around, especially on roads and tramlines that were often at the mercy of the area’s harsh winters and soggy springs. So, the village’s backers called for the Canadian Pacific Railway to build a station along the Carleton Place Subdivision, which passed by Westboro. An easy solution, right? Not quite.

Westboro’s first CPR station was nothing more than a concrete platform, located about 600 feet west of Parkdale Avenue, which placed it closer to Ottawa’s western fringes than it did to Westboro. This decision was heavily influenced by the City of Ottawa, according to multiple sources.

The village appealed the decision to the Board of Railway Commissioners and won. The result was that by 1921, a station was finally built at the end of Victoria Avenue* (today’s Roosevelt Avenue). The station had an agent, passenger, freight, express and telegraph service. 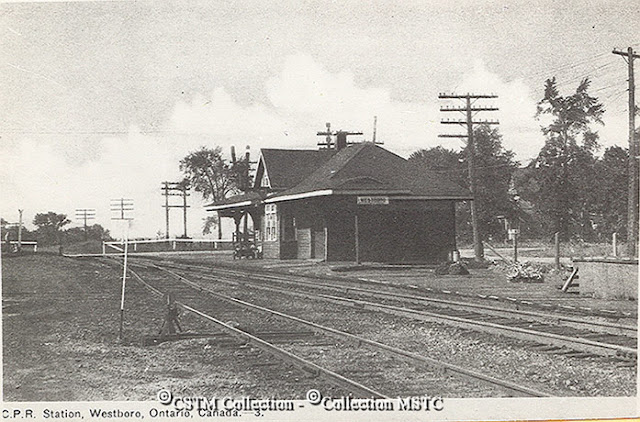 Looking for any evidence of this station today is useless. It once sat where a huge trench now serves as OC Transpo’s bus transitway road. That road, of course, will once again revert to rails as the Confederation Line is extended west to Moodie. Work has already begun.

Despite the new link with the CPR network, getting anywhere from Westboro was not an easy task. It was a stop for about three trains each way, including as a flag stop on certain days.

But the trains were not direct connections. Westbound trains ended at Chalk River, where passengers would then have to transfer if they wanted to get to Toronto. Eastbound trains through Westboro ended in Ottawa, which meant locals still had to go downtown if they wanted to take a train to Montreal or somewhere else east of Ottawa.

The station over the years also included some additional tracks, which served as sidings or spurs for the local delivery of coal, animal feed and other supplies for a stove maker (located closer to Hintonburg) and sawmill. 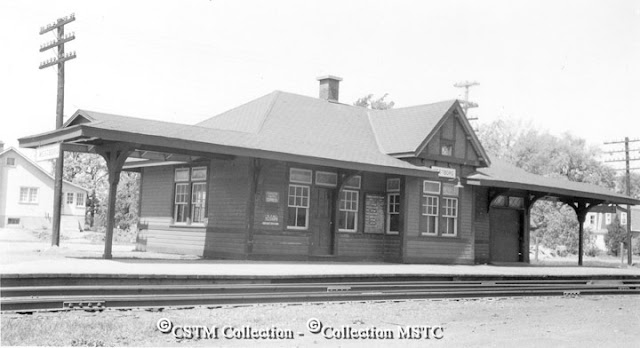 For much of its history, Westboro’s freight rail service was provided by a small steam locomotive switcher out of Ottawa West yard. By the early 1950s, the station was seeing less and less business and lost its agent. By 1958, the CPR closed the station, which was then demolished in 1960. The last passenger train to go through Westboro was the Canadian, which breezed through on July 30th, 1966. That portion of the Carleton Place sub was removed shortly afterward and replaced with a switch off the Beachburg Subdivision in Bells Corners. CPR then guided all incoming and outgoing traffic via trackage rights through Bells Junction.

At the time of its demolition, the CPR Westboro station was not likely seen as anything worth saving. It’s a shame it wasn’t saved, as it would today be a unique piece of history for one of Ottawa’s most celebrated communities.

And just for kicks, I found an old picture of the old CN Renfrew Subdivision over Island Park Drive on what is now the Queensway. Check out the church in the photo, which is still there today. I have been searching for this photo, from the City of Ottawa archives, for some time and finally found it recently. I was hoping to find more shots of the Westboro CP operations around its old station, but all I could find were aerial overhead shots that are in the city's mapping database. 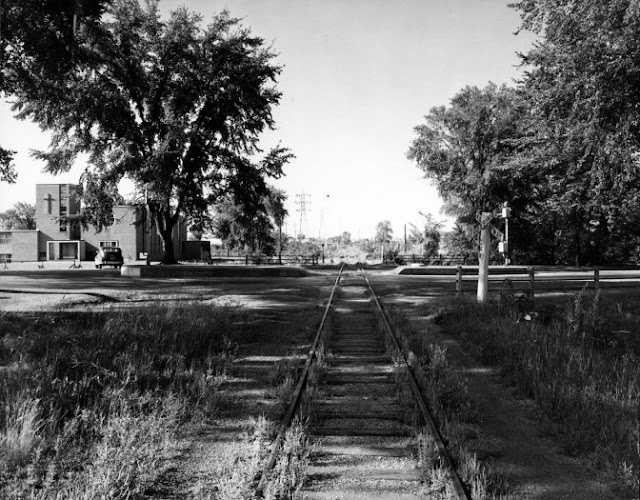 * - One of the sources I read referred to today's Roosevelt Avenue as Victoria Avenue when the train station was built. But another source claimed the street was named River Road.