Those who are familiar with this city know that our light rail system has been delayed (yet again). For those keeping score, that's three delays now and more than a year past when we were supposed to "Get Ready for Rail" as our transit system continues to promote.

Meanwhile, the city has handed one of the principals responsible for Phase I, SNC Lavalin, the keys to Phase II at a price tag of $4.6 billion, or $1.2 billion more than expected. And, despite the legitimate concerns from city councillors about how the second phase become so much more costly, we are getting very little in the way of explanation from city officials. It's amazing to me that people that are public servants would do their best to avoid answering legitimate questions about something that is so critical to the future of our city. I should also mention that the extension of the Trillium Line (you know, the O-Train line that is actually operating) is also likely to come in over budget.

From the outset, I have wondered whether this city really thought through its options for relieving traffic congestion, especially when it had a pretty decent rapid bus system that, with a few tweaks, could have served the city well for decades to come. In other words, rail is great when it addresses a real need. In Ottawa's case, I have never seen a clear reason why its light rail plans were somehow better than a revamped Transitway bus system.

Did I mention that one of the reasons the first phase of the Confederation Line is being delayed, if you believe some people, is that testing has shown that the trainsets could not cope with severe winter conditions? I really do hope that was one of the first things considered when this massive project was first floated.

Okay, so the point is, it's not a good time to be a railfan or a rail booster in Ottawa. The city, by the way, is about to have its appeal heard in the case of the Prince of Wales bridge, which it neglected for more than a decade before someone took Ottawa to task for severing the bridge from the old Ellwood Subdivision.

Man, I keep meaning to share a few things I saw this week when I took my family to the Canada Science and Technology Museum, but the bad news keeps piling up. Well, let's lighten things up. Here's a scale model of the old CN/Via Rail turboliner that is hanging from the rafters in the museum. It's up so high, getting a decent shot is tough.

One thing I noticed when looking at this model is that there is a single axle between the middle passenger coach at the end power units. Was this part of the design of the actual Turboliner? Any experts out there who know?

Here's another interesting item that I saw in the steam engine exhibit. There are so many transportation related items in this exhibit, it's sometimes hard to see everything, but I saw this dramatic image of  Hudson type locomotive that is firing up before it heads out into the night. I suppose if I was a steam fan, I would be more enthralled with this photo. As it is, I think it's a cool shot. 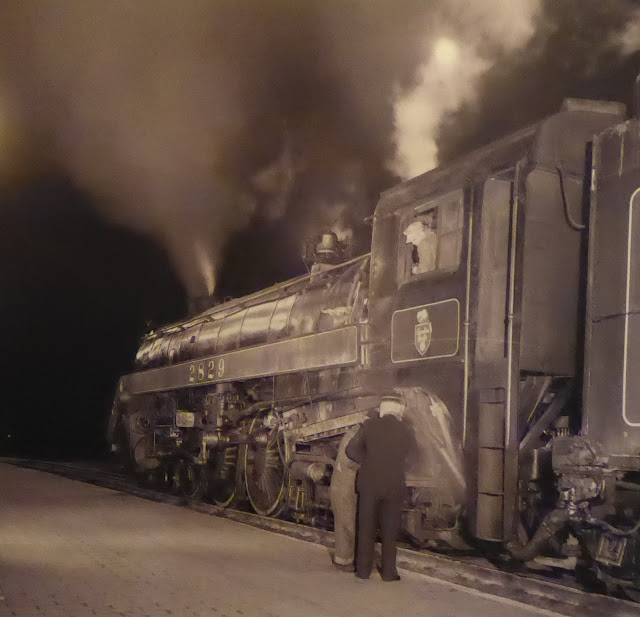 I made sure to get a good shot of the golden rodent on the side of the CP steam locomotive. 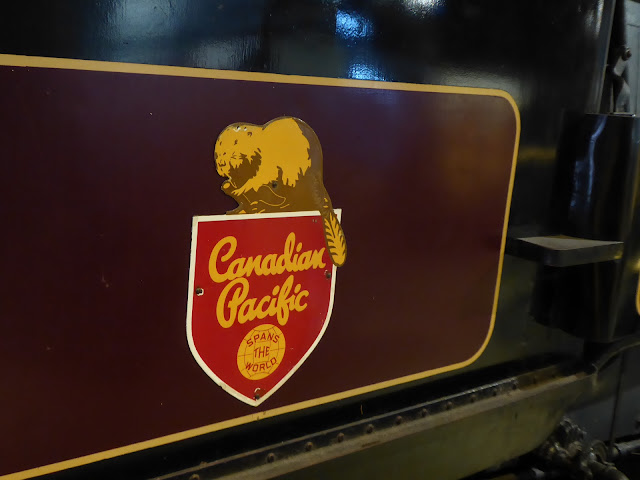 Here's a little bonus for kids. They are giving away cardboard cutout steam locomotives for kids to take home. Remember those Via Rail LRC cardboard trains? Same concept. My older daughter asked for one. Brought a tear to my eye! 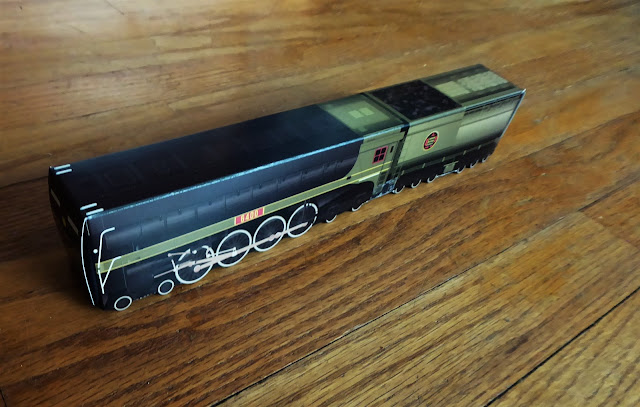 This reminds me of Bullet Nose Betty back in Sarnia. 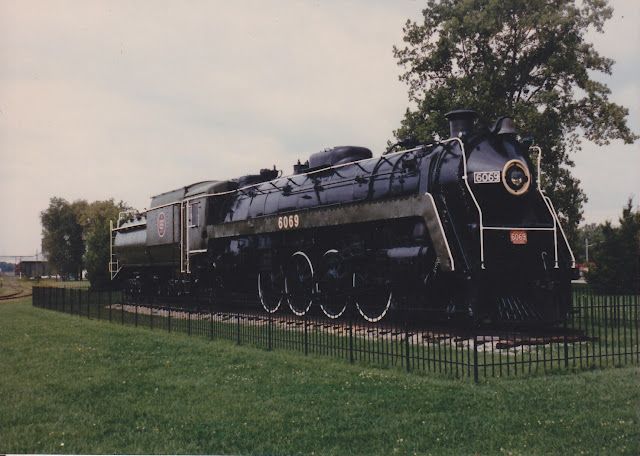 Finally, the museum has a special exhibit right now, including an 1874 streetcar that once prowled the early commuter rail rights-of-way in Toronto. It was built in New Rochelle, New York. 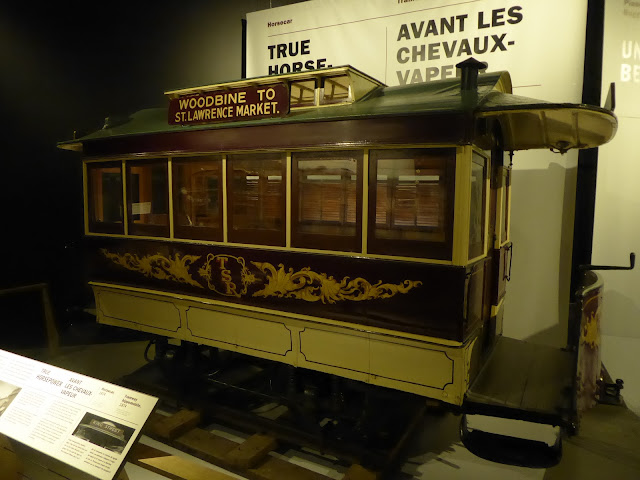 The exhibit mentioned that the cars were pulled by horses, which had its limitations, obviously. The horses would often get tired, so the operators had to keep a rather large stable of horses at the ready to relieve the ones pulling the cars. You think your commute is slow now? Imagine what it must have been like in 1874! 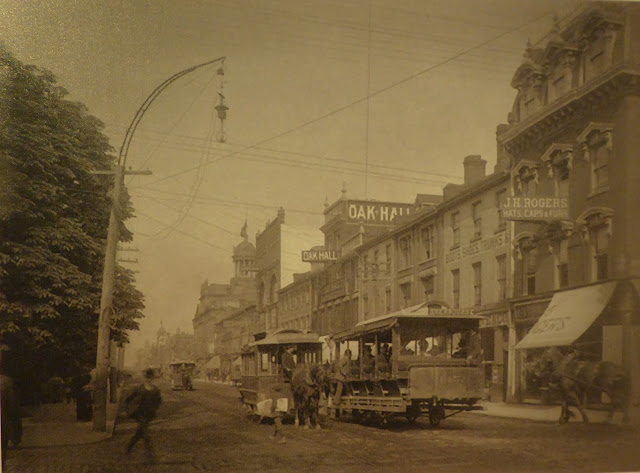 Anyway, I really enjoyed my time at the museum this week. I hope to get out there and see some actual rail action this week, as it has been too long for me since I've been trackside. At the very least, the museum offered a little bit of comfort for me after months of shaking my head at what's been happening here in Ottawa.