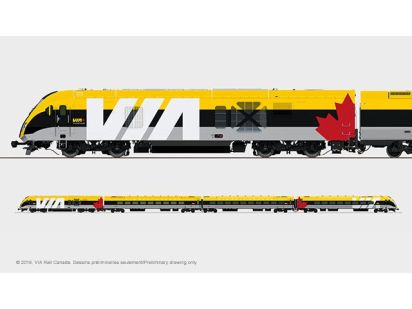 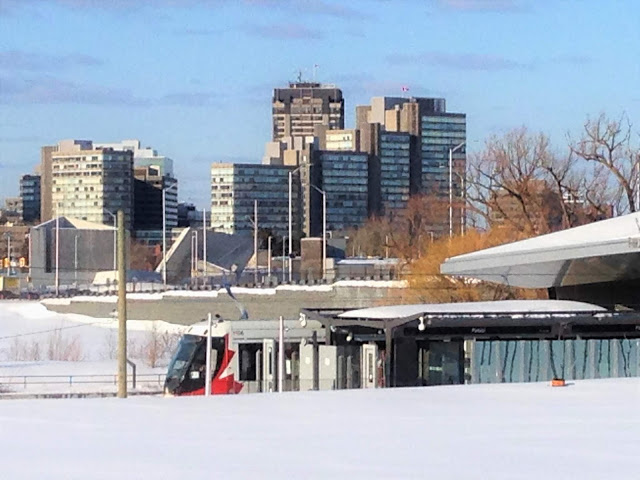 It remains to be seen if the VIA scheme will endure the time between now, and when the units are delivered. Come on, blue and yellow!

While I completely understand that equipment needs to be replaced, the new VIA equipment is UGLY in every way you look at it. The design of those engines is awful, especially the cab end and that paint scheme is just horrendous.

Still too big a fan of those F40PH-2s to get behind these. But I agree, the scheme leaves much to be desired (me being nice - what I would like to say isn't PG13 lol). Stick with what works. If they are changing it to run away from the historical track record of issues, maybe spend time and money fixing that....


Which leads me to the city. I knew all along this was going to be a blunder which is why I long supported Andy Hayden's bid for mayor on the basis of his rapid transit plan back in 2010 and 2014. I had a strong feeling this project would never be delivered on time and close to budget. And here we are.
As many people who know me know, I also hated the light rail plan and though that the mayor and city was hoodwinking everyone into believing that this was in fact heavy rail and not essentially fancy streetcars. Clearly had it been heavy rail, we'd not be in the mess we are today. How they could green light something in the tracks that was engineered for a certain climate but never tested is literally the stupidest thing I have heard in years. Honestly, with all the other transit situations in other cities in cold climates, how could we screw something so integral as the tracks up?
The saddest part is that I am 100% confident that the next big screw up will occur sometime this spring when we have a classic Ottawa freezing rain storm. I maintain there was a reason the overhead wires were not shown in renderings early on in the project. In fact, most people I know and work with had no idea they even ran on wires (these are people who work along the line and even walk by it) and were surprised me telling them had been the first they'd heard of it. Now lots of cold climates have overhead wires like Calgary or Edmonton - but they don't have much freezing rain. There is a reason Ottawa doesn't have overhead lines for transportation purposes. They did away with these and the streetcars in the 60's because freezing rain would cause KOS and buses were simpler to maintain and move around. Mark my words, we will see history repeat itself here with this line. The sad part is it won't come until well after taxpayers have wasted a couple of billion. The sad part is that if we had heavy rail (which obviously is proven with VIA operating over generations) set up instead, we would accomplish the goal of having a rail based transportation system.

Most VIA rail paints schemes seem to historically be either blue/black/yellow, or blue/grey/yellow ... with varying shades of blue its like they decided to merge these two schemes into black/grey/yellow ... probably the worst option. But if you look at the Canada 150 and VIA 40 wraps they are just yellow/ grey with a bit of red for the logos and what not so it seems as if VIA has already made the decision to go away with the blue for those wraps and liked what they saw. Personally I like the blue it adds a bit more colour.

As for LRT until the reports came out about the reliability of the vehicles I was not concerned because despite all the problems construction has had I thought vehicle selection would not be a big issue seeing as the city has successfully run two different vehicle models on the trillium line. I thought this success would translate over in choosing a Confederation line vehicle but I guess this system is just a different beast.

Thanks for the comments, gentlemen. I love the passion that some posts bring out. While I don't think the new Chargers are as ugly as some of you think, I have to say that my comments are mainly coloured by my hatred of the P42 look. I will miss the F40s when they are gone, but I think I can get used to the Chargers.