Sometimes, you get a second chance (Part I)

Rail karma is something I'm sure we've all experienced. You just miss the head end of a train or you get trackside just in time to see the flashing end-of-train device winking at you in scorn as it disappears down the tracks. Then there's the times when you sit trackside and nothing materializes. I can't tell you the number of times I've experienced all three.

That was why, when I arrived at the Sarnia rail yard for one last chance to see some trains on a family trip last summer, I was disappointed to see a very long freight train slowly making its way west toward the tunnel beneath the St. Clair River. I decided to watch it anyway, to see if maybe there was a DPU unit or some interesting rolling stock.

Then something happened. The train stopped. Then it began to back up. Could this be a second chance for me? Well, yes and no. 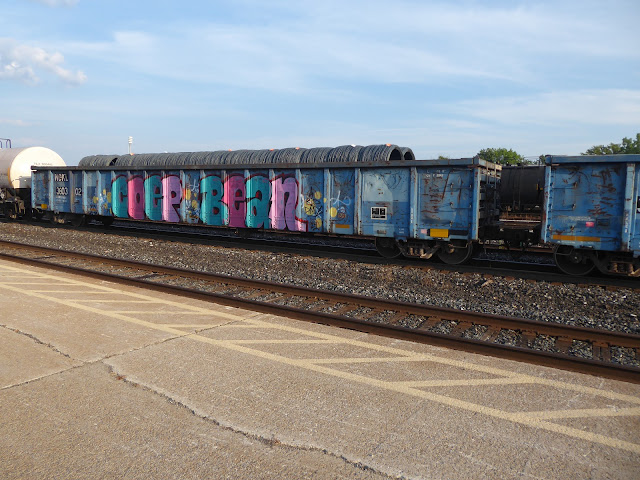 As I was shooting any type of rolling stock I found interesting, I noticed the train was slowing down. Then it started backing up. 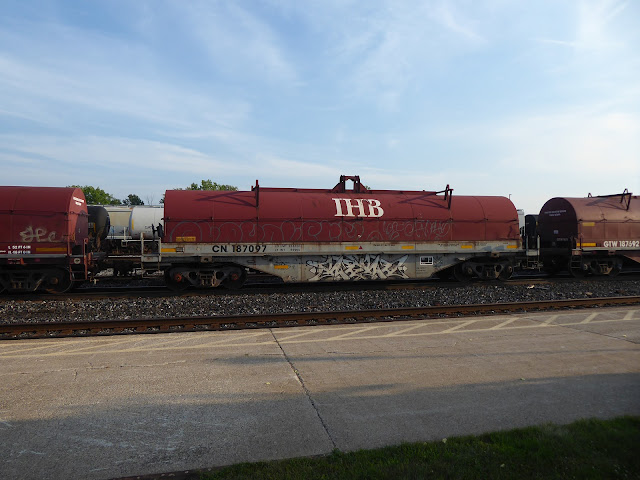 The backup move allowed me to snap a few shots of rolling stock, like this CN coil car, with the maroon IHB cover. Again, this was all very routine for me. I was just hoping that the train might back up enough that I could get a shot of the head end. Sadly, it stopped just short of the end of the platform. I walked along a public road as far as I could to get a shot of the two units from public property, but the train was just not cooperating. 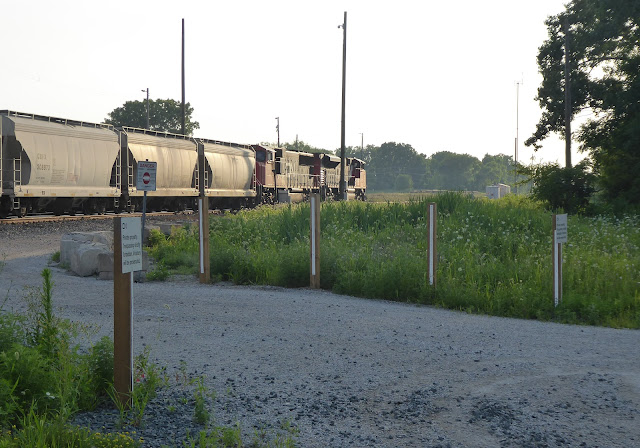 This was about as close as the crew came. Over the course of ten or 15 minutes, the train backed up and then moved forward several times. More recently, readers have told me that this is due to the railway scanning its trains before they cross international borders. In this case, it wouldn't back up to the platform or move past CP Hobson sign. So, I decided to improvise and see if I could use the signal gantry near the platform to get some worthwhile shots. 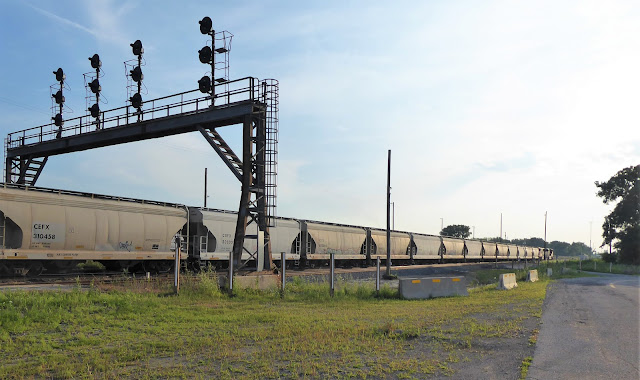 This shot above had the most blue in it, which was nice, since I was shooting after 8 p.m. and the daylight was beginning to recede while the shadows grew longer. 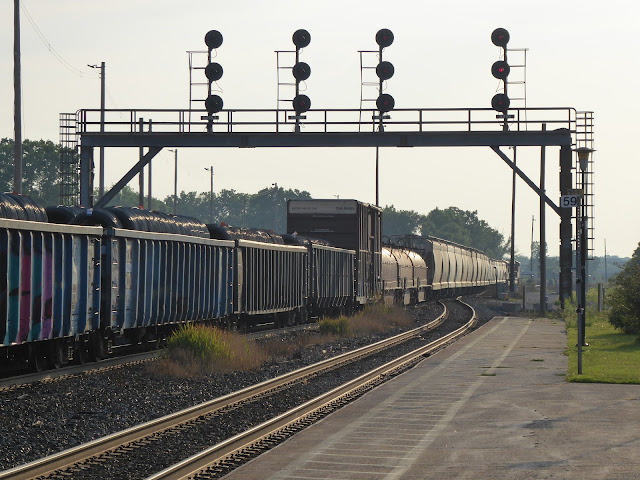 Here's a shot from the platform. I do like the reflection of the setting sun against the side of the train, but I don't like that a pole pretty much blocked out the power from this vantage point. All in all, it was a frustrating few moments.

On one hand, if the train started moving, I had a great chance to get to a vantage point near the St. Clair Tunnel and get my first ever shot of a train entering the tunnel. On the other hand, if the train sat where it was, I was limited in my ability to get a shot from in front of it. After a few minutes, I decided to risk my position at the station, figuring the train was not going to back up and give me the shot I wanted.

I decided to risk getting a vantage point near the tunnel to get ahead of this train.

But it's never that easy. Railfans in Sarnia know that the pedestrian walkway near the tunnel has been closed for some time, essentially, eliminating that potential spot. That left the Donahue Bride. This bridge provides a link over the tunnel track between the actual residential south end of Sarnia and the northern edge of the Chemical Valley.

Luckily, there is a pedestrian sidewalk on the bridge, which affords you a long view of Sarnia Yard and the long descending track leading to the tunnel.

There were two things I had to consider. Was the train in a position where I could see it from the bridge? And was it going to stay there? Also, how effective could my image be, considering how much I had to rely on the zoom function?

I was about to find out. I'll leave that to the next post.

I like the shots with the signal bridge. It's a great prop!

I've had the opportunity to 'review' trains at Belleville or even Kingston once in a while. It's a trackside blessing. There is inevitably a car or something else you wanted to get a photo of, enabled by the second chance.

Thanks for sharing those coil cars, gons and hoppers from good ol' Sarnia!
Eric

Thanks for the comments, Eric and Steve. All I will say about my next post is that the images I captured when I left the rail yard were not at all what I expected to get. It was an unexpected surprise. The golden light of that hour really helped these shots though, so full credit to Mother Nature for the assist.