The summer of my not-so-amazing luck

I guess you could qualify 2020 as a year of not-so-amazing luck, but this summer is a little more succinct for our purposes. Case in point. I was travelling with my family to visit our in-laws in Stratford. Usually, from a railfan's perspective, there's something to see along the 401, whether it be through Kingston or Toronto. This time around, the Kingston Subdivision was quiet. When we reached Toronto, there were two CN freight trains heading in opposite directions east of the city. One of them I missed while I was cleaning the lens of my camera. You look down for a few seconds and the opportunity is lost. I couldn't believe it. A few minutes later, we began to catch up with a westbound freight train, but we reached the head end right around a spot in the highway where the vantage point was just a bit too cluttered to capture anything useful. Seeing as I was in the passenger seat and trying to fire a shot across the driver, I decided not to push my luck. I'm sure my wife appreciated my restraint.

This is all I was able to capture along the 401 through the GTA. 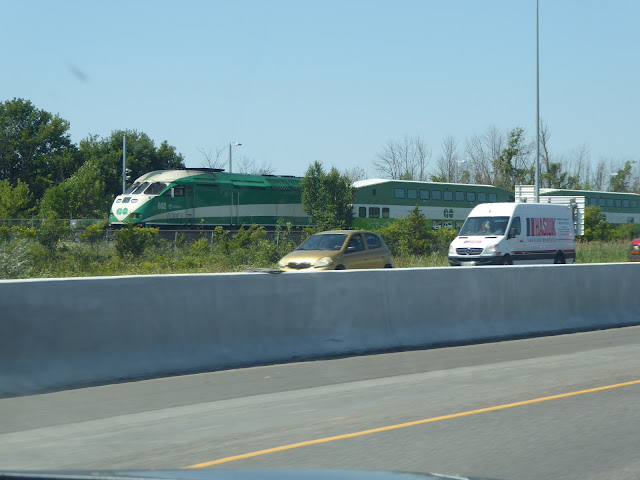 We'll file that under better than nothing, I guess.

I was excited to go to Stratford, since the Goderich Exeter Railway originates at the Stratford station. The old GEXR Guelph Subdivision belongs to CN once again, which at least presented the possibility of a through freight, which some folks who railfan the area suggest is not all that uncommon. I've seen estimates that there are between 2-4 through freights on this line, which is generally agreed to be a relief route for the Dundas Subdivision in Southern Ontario.

The morning I camped out next to the station, all was quiet. It was a Saturday and it was clear that the GEXR wasn't about to run out to Goderich, as the local engine was parked. But it was a unit from the old Southern Ontario Railway near Hamilton, so it was at least something different. You might recall that I caught the GEXR local with both a GEXR and SOR unit in 2019. In fact, in reviewing last year's post, I was able to confirm that the old SOR unit is the same one. 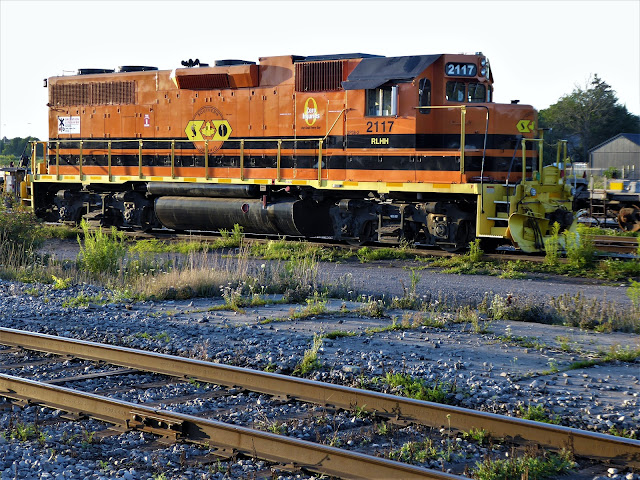 After a little while, it was obvious that nothing was going to happen that Saturday morning before the Toronto-bound Via corridor train arrived. Case in point. Goderich Sub was clearly not ready for anything (at least not when you see these clamped onto the rail). 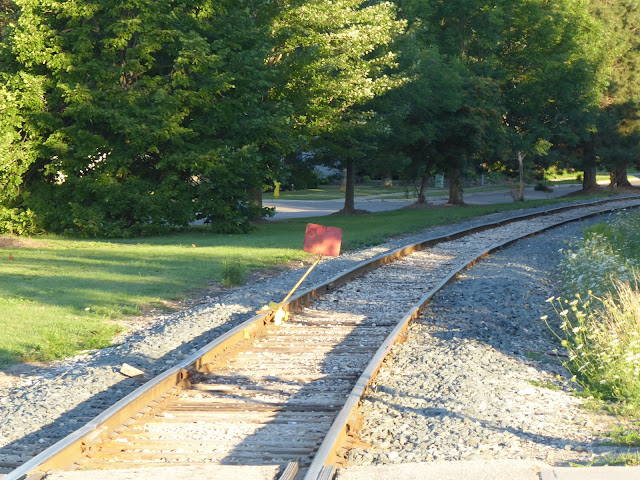 The signals all around the yard showed straight red. The searchlight signal off in the distance was dark, so I figured I should take a shot of some of the features in the yard, which was largely empty save for a few flatcars. 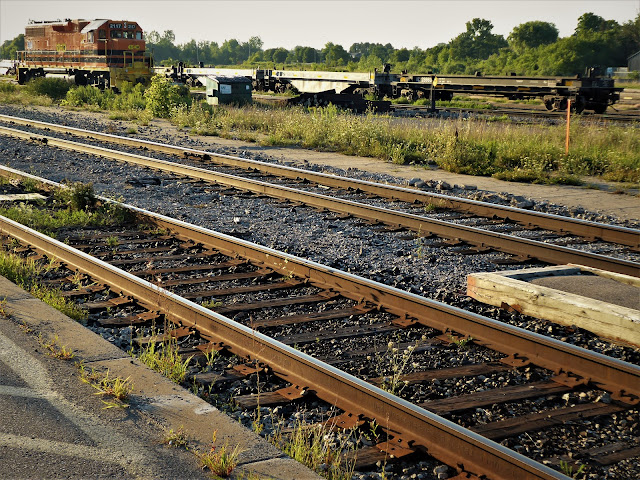 The morning sun was making most images pretty tough to get, so I decide to get creative and try to make use of any available shade. This image was taken from a publicly accessible piece of land along Niles Street. I like the pastoral feel the morning light gives this scene. You can also see the distant grain elevator and the prairie styled Stratford station. Can you also make out the CN Stratford West sign? 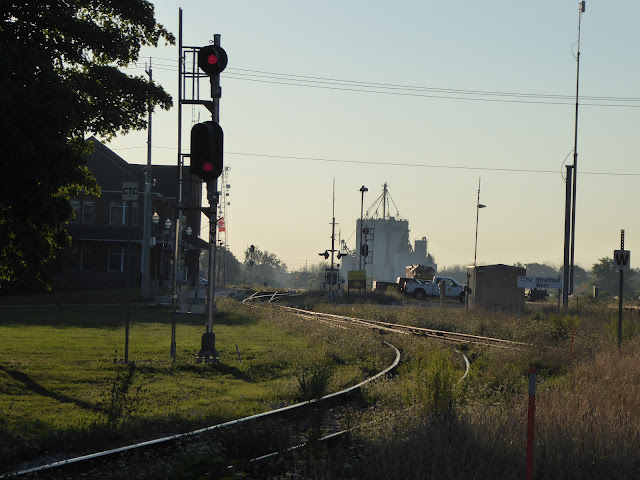 I'm not sure this one turned out better, but I did try and capture the golden morning sunlight from beneath a dew-drenched maple tree. I do like how the sun is hitting the rails, although the morning sky is clearly being washed out by the early morning sun. 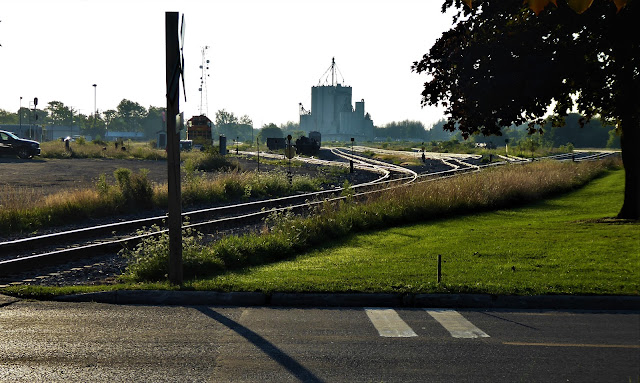 So that was the sum total of my efforts from the Saturday morning. I did manage to catch something fairly interesting later that day and the following morning. That will wait for another post. Since I've done so little railfanning, I'll have to space things out a bit.

Spent many summers with my grandparents in Stratford in the mid fifties. Spent hours at the station watching the trains and the odd time getting a ride in the yard steam locomotive.

Thanks for your comment, Jim. I visited the Stratford museum while in town and was amazed at how much of a railway hub this city was in the steam era. I believe I read that 40% of the town was once a railway employee. An astounding number. This is quickly becoming one of my favourite railway haunts. Just wish it was a little busier!

There is a great documentary called Grand Trunk: A City Built on Steam that can be viewed online on TV Ontario's website, or you can Google it. You will love that documentary and so will everybody else who comes to this site and reads the comments. It is all about Stratford and its railway history.

I know you like to walk around and take pictures of places. A few places you can photograph include the grain elevator and the cars it is loading. You can also find where the Newton Subdivision left Stratford and went to Owen Sound via Palmerston, the old shops complex downtown, remnants of old railway structures like the roundhouse, and the big CN train bridge on Erie Street. A funny thing about that bridge is that CN built the bridge and GEXR never covered up the CN logo on it. It still says CN on it even though GEXR still owns that track.

Thanks for the additional info. Now that we have family that has moved to Stratford, I dare say I will be featuring more Stratford content in this blog in the weeks/months/years to come.