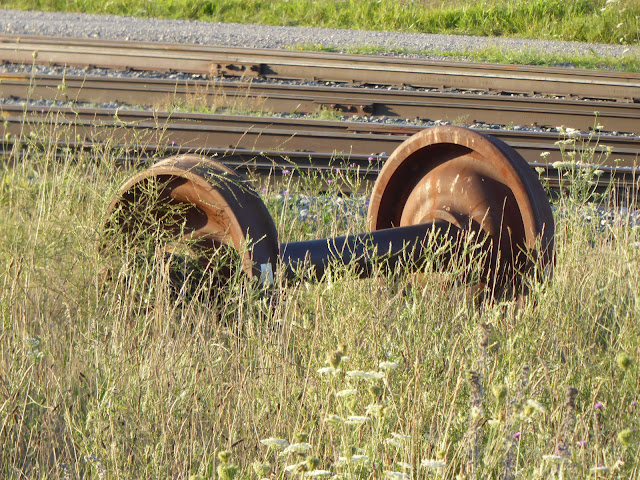 Two things that I want to address.

The first is that no stakeholders have shown any serious interest in running a short line in Ottawa. CN has shown no interest in spinning off the operation. The reality is that even if an operation is viable, that doesn't mean it will survive. 589 serves a surprisingly large number of customers and runs 7 days per week but unfortunately, it would seem that they are up the river if something doesn't change soon.

The second is that nobody knows who purchased the south end of the Sarnia Sub. 2719545 Ontario Inc. is what they are called but nobody has any idea what their intentions are. To say it is saved is very much a stretch.

Thanks for your comments, but what you failed to mention, and as did I in my post, is that railfans in Chatham-Kent have already seen MoW equipment inspecting the south end of the Sarnia Sub line and company officials have been speaking with potential customers along the line. Sounds like good news to me.

And to suggest no one would want the service up here in Ottawa because nothing has happened yet is also a stretch on your part, I would suggest. These things take time. It's not a turnkey operation for a new operator. It's complicated for all the reasons I've mentioned.

So, perhaps we're both off the mark a bit. I'm happy to be wrong. It makes no difference to me. But when a rail veteran like James Allen tells me there's lots of potential here, I believe him.

So we'll agree to disagree.