This past winter has really been a test of endurance, hasn't it? When you live in a northern city like Ottawa, long, cold winters are the norm. This one has been brutal, even by our hardy standards. We broke our record for consecutive days with weather below freezing (O C or 32 F), although most of those days were at least -10 to -15 C. Today, as I write this, we are experiencing freezing rain after some overnight snow. I decided drastic action was needed, so I gathered up some warm weather photos I have not shared before (along with one I have shared). 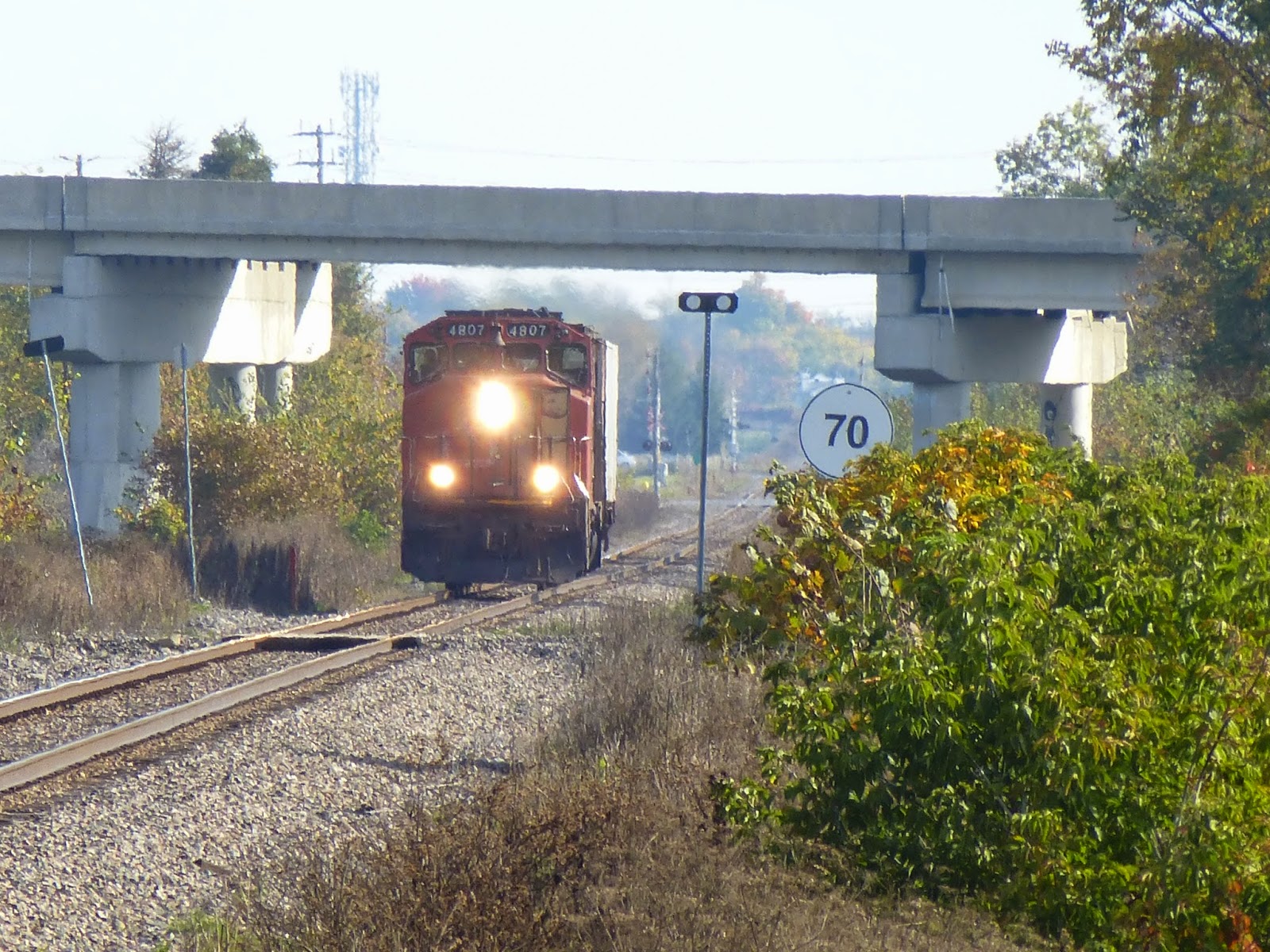 This first shot was actually taken Sept 28 of last year, which doesn't quite make it a summer shot (check out the changing colour of the leaves trackside). But I decided to include this shot of CN 589 because of the heat lines in the photo. The one-car consist is passing beneath Highway 416 in this shot on the Via Rail Smiths Falls Sub. You can see the Via speed limit to the right.

I've shared some similar photos of this meet in the past, but I don't think I've shared this one. This is CN 589 assembling in Walkley Yard on Sept. 1, 2013. I took this shot on a very sunny Sunday morning. I like the effect the morning sun made on the boxcars as well as CN 589. The cars all seem to exemplify the term sun-bleached. Ah, I can just feel that heat now. 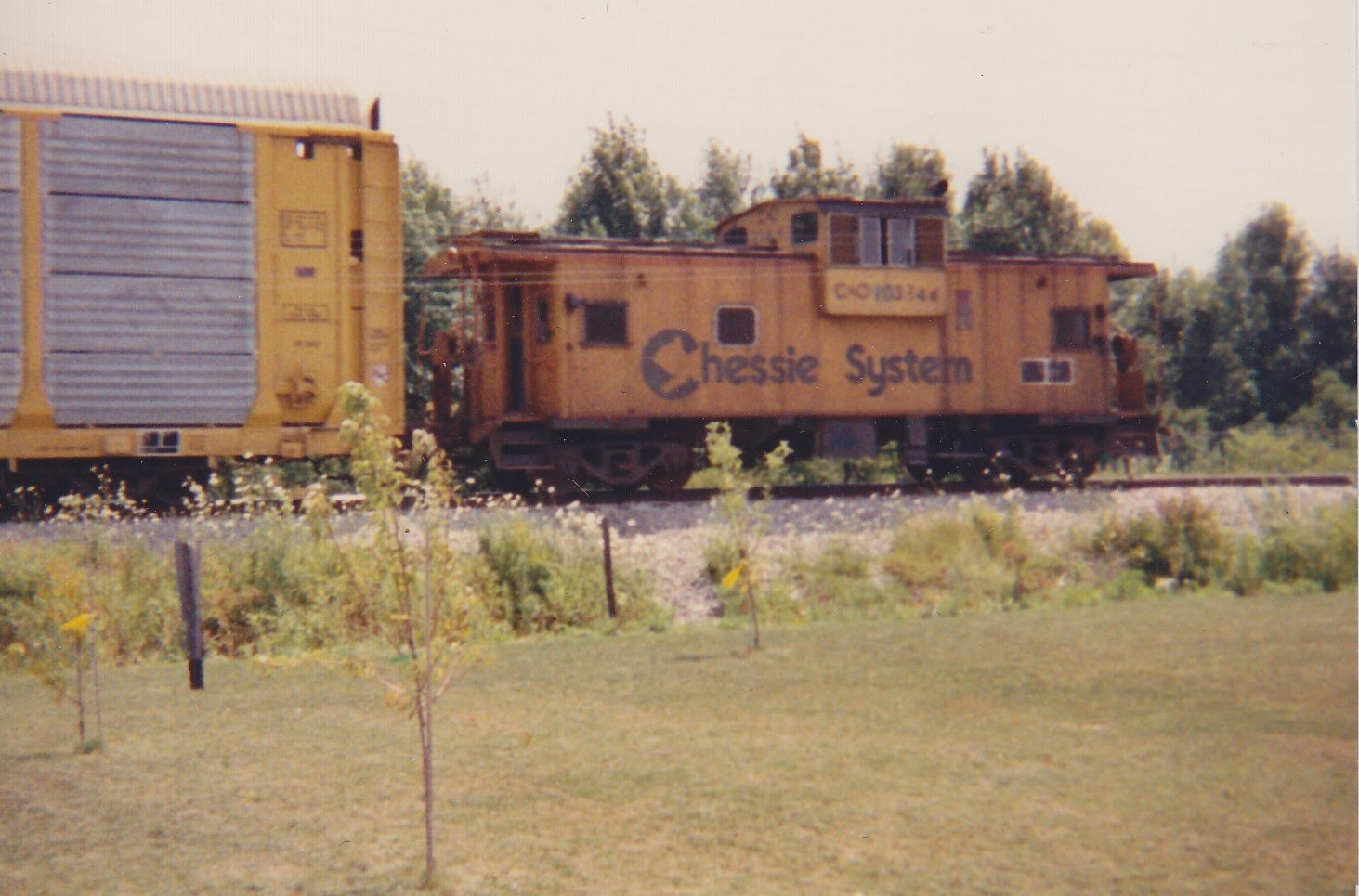 This is one of my favourite shots. I took this one sometime in the summer of 1991 in Corunna, Ontario, in what was then a relatively new subdivision across the city's main street from my own neighbourhood. This is my only shot of a Chessie System cupola caboose in action. I remember hearing the train whistle in the distance and rushing on my bike down Murray Drive to a spot where I could grab a shot of the train. I had other shots of the meet at one time that have gone missing sadly. Still, I like this shot because it showcases two things that don't exist on this line anymore, one being cabooses in revenue service and the other being interchange autorack traffic. Looks like we needed some rain. 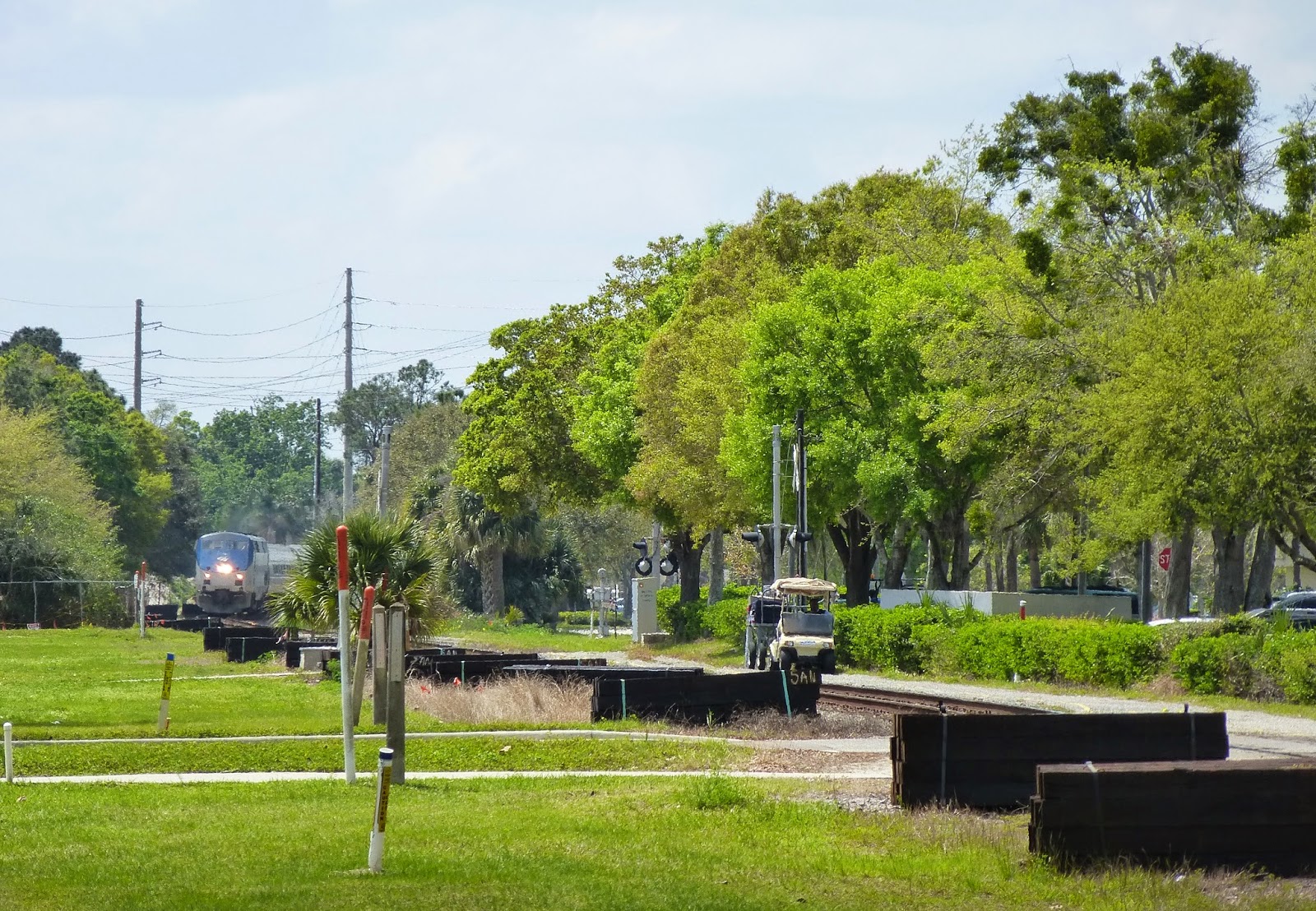 This one is from February 2014 in Kissimmee, Florida. I made sure to take an afternoon and shoot Amtrak's Silver Meteor, as it made its way north through Kissimmee on its way to New York City. The train is rounding a bend before making its way to the city's historic train station. The track bundles along the old Atlantic Coast Line's famous A Line were part of the work being done to ready to the old line for commuter rail. Oh, and word of advice to Via. Bring back train names. 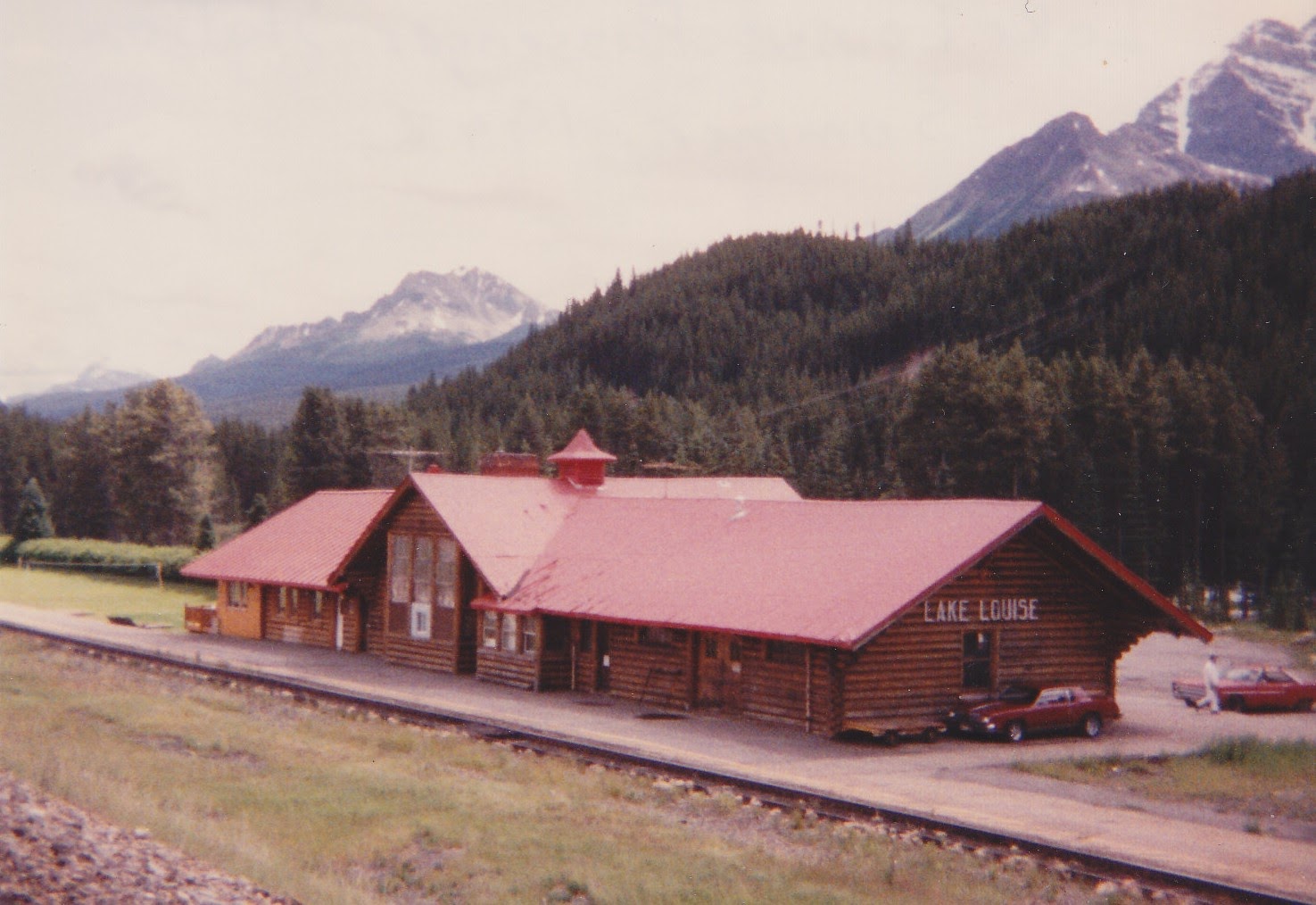 Okay, how about this for summer? Here's Lake Louise's famous chalet-style train station in the summer of 1992. Check out that vintage car in the parking lot bottom right. I took this shot when my sister and I were wandering around this area on a vacation that summer. This shot was taken from the higher track, as you can tell from the ballast in the bottom left.

We had great weather but then we had a blizzard here today. It's coming but it's two steps forward, one step back.

Hold on to that feeling!

I've already mentioned to my wife that there is warm, spring Saturday morning at a nearby overpass on CN's Kingston Sub that has my name on it.

But then again, where would be without our distinctive seasons? Arizona, I guess. Shovel, ice melter, car brush and ex-CN switchbroom still on my front step!

Happy Easter and (at some point) happy spring, Michael!
Eric

Thanks for the comments Steve and Eric. I'm grateful for the variety that Canada's four seasons offer, but I really don't think they should overstep their bounds! Bring on the spring shots!