And here we go again. Most of my fellow Ottawa railfans know the city has once again pushed back the start date of the city’s Confederation Line O-Train service, although some of you out there who don’t live in this city might not know. I’ve tried to avoid too much commentary on this project, since I want to focus this blog on much more than LRT. It gets tiresome, to be honest. 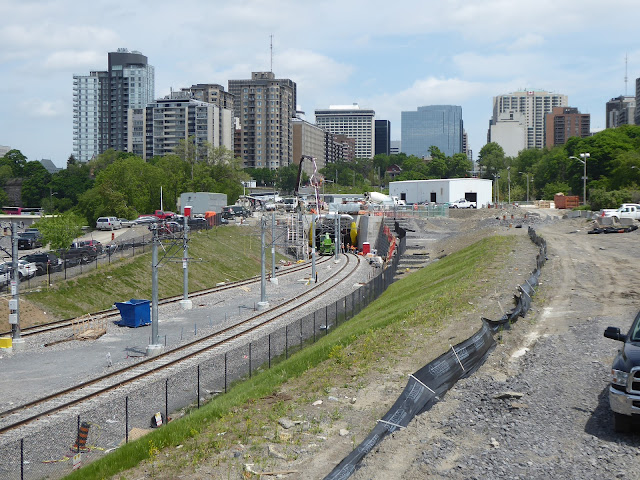 Lots of construction, but no trains. Get used to this.

That being said, it would be crazy for me not to write about some of the recent developments in this city’s sad, sad history of rail bungling. And let’s be clear. Light rail transit has been bungled here many times. There was a plan under previous Mayor Bob Chiarelli, which once amazingly called for the removal of the existing Trillium Line (former CP Ellwood Subdivision, which is largely buried in a trench and hidden from view in the neighbourhoods it serves). Then there was the fixation with a downtown rail tunnel under Mayor Larry O’Brien, when a surface option was never seriously considered. Let’s not forget the giant sinkhole that collapsed near the O-Train tunnel on Rideau Street and the amazingly absurd insistence that this would not set the project back too far. More recently, we have seen the initial April deadline for the beginning of service missed. That was followed by the city letting the Rideau Transit Group off the hook by not insisting on a $1-million late penalty, which was written into the original contract. Now, the Rideau Transit Group is going to miss its own rescheduled deadline of November 2nd. When will service start? We’re being told the first quarter of 2019. 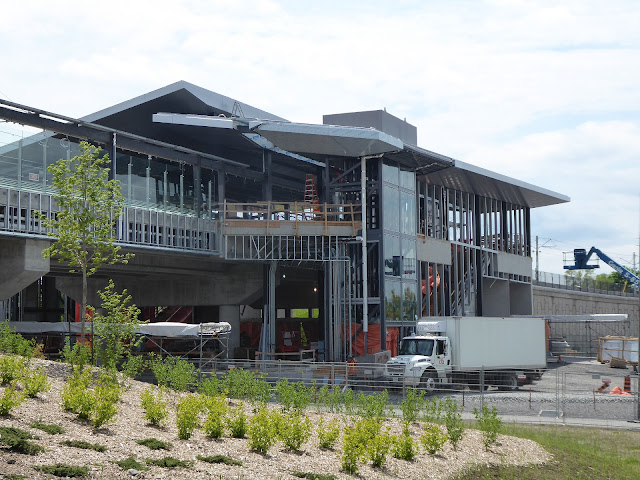 West end railway stations are still a long way from being able to host trains. This shot was taken in May, a month after service was to begin.

And I’m not even adding in the amazingly myopic decision that the Prince of Wales Bridge would be converted into a recreational pathway. This was very close to becoming reality until the city came under pressure from the Moose group and then the City of Gatineau, which wants to use the bridge as a commuter rail link as part of its own light rail system. 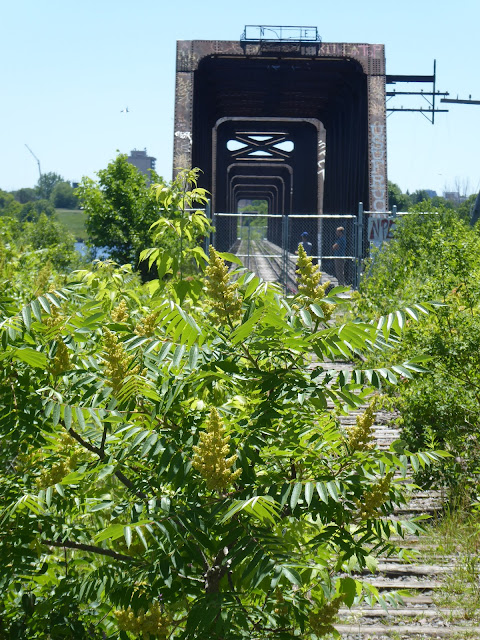 You can thank the City of Gatineau and the Moose Consortium for preventing this railway bridge from becoming an underutilized and overly expensive pedestrian bridge. In the coming years, it will host trains and yes, pedestrians. Everyone wins.

So, where does that leave us? Well, essentially in a holding pattern. I’m not bothered so much by the delays. This is a massive project and there were unforeseen delays, like the sinkhole. What bothers me is how little information has been shared, even when it is obvious to just about anyone that this project is nowhere near complete. Anyone that lives near the western stations on the Confederation Line knows they are still months away from even being close to ready for trains.

I will keep all this mind as the municipal elections approach. I don’t like the way the mayor has handled this file and I worry about Phase 2, as there are already some decisions in place that show an utter lack of understanding of how railways work.

So, all this to say, the light rail system has become an election issue, at least for those who know that there is more to the light rail story than the remarkably one-sided stream of “information” that has come from city hall.

Add to this drama an interesting twist. A former city councillor, Clive Doucet, is running for mayor. He has once again raised the prospect of using existing rails (what’s left anyway) for commuter rail. That would be a huge boon to my neighbourhood, which has rails running through it that are used twice a week.

Mr. Doucet, you may recall, once suggesting running rails down Carling Avenue and was harshly criticized for the idea. Honestly, I thought it had merit.

True to Ottawa’s recent history, Mr. Doucet is a day late and a dollar short (to be generous) with this proposal, although I happen to agree with the principle behind it. Mr. Doucet is proposing to run commuter trains to Smiths Falls, Fitzroy Harbour, Kinburn, Chelsea, Navan, Vars, Limoges and Lorrain Avenue in Gatineau, to name but a few proposed destinations. This includes using the Prince of Wales Bridge to connect the O-Train Trillium Line to Hull. 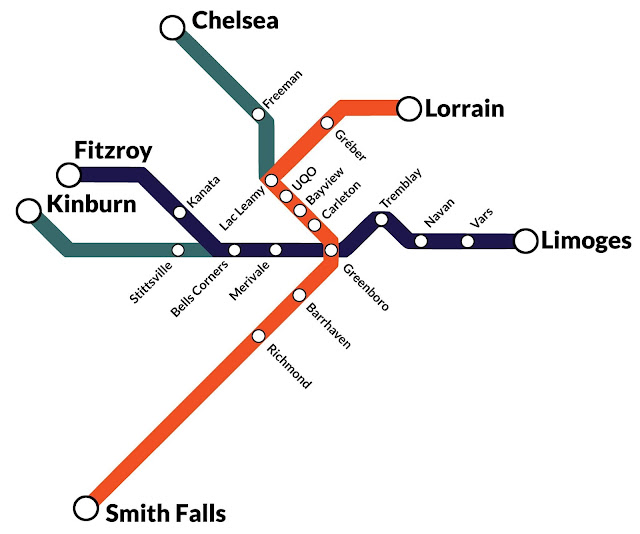 Next week, I intend to analyze just what it might take to realize the dream of regional commuter rail in Eastern Ontario. But, let me just say that part of Mr. Doucet’s plan involves commuter rail over scrapped railways including the old Beachburg Subdivision, the former Carleton Place Sub and the old Maniwaki Sub.

I would peg Mr. Doucet’s chances of winning the mayor’s chair as slim, but I hope he has at least generated some new enthusiasm for regional commuter rail. It’s at least worth discussing. Right? Anyone? Mr. Mayor? Is this thing on? 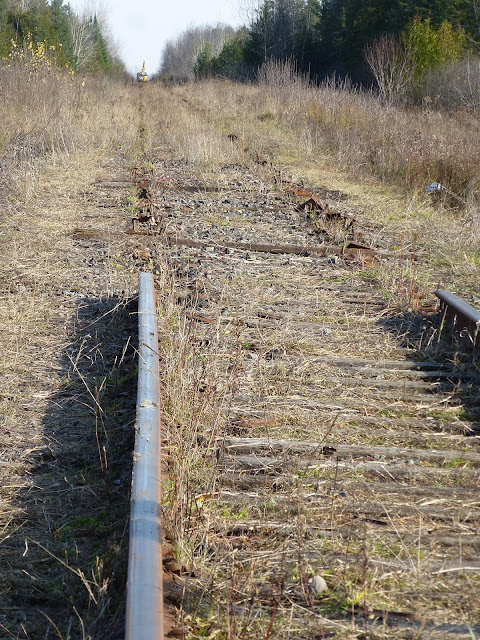 Of course I have lots to say, but I'll begin with the fact that I'm a rail fan, so I'm obviously in favor of bringing back rails to anything that is currently used as a trail, and could one day see the return of some kind of commuter rail service. All of the communities in the plan have enough residents to support some form of service in my opinion. Not only that, but the bicycling community seems to have a major voice now for some reason, which I can't understand, but maybe that's just me, and I'll stop there LOL.

With respect to the M&O sub, there is a community on the western edge of Orleans called Bradley Estates. This community, like many others, is very much a NIMBY community, and rallied, to my dismay, to ban snowmobiles from the former CP/Via line. Too much noise. The snowmobile club launched a petition with the city about 10 years ago, which I happily signed, but unfortunately they lost, and the residents won. -1 for future commuter rail service.

These lines DO represent easy opportunities for future commuter service and probably shouldn't be discounted, but it will take major amounts of willpower to ever make this dream a reality.

The current state of light rail in Ottawa is definitely a hot political topic. It seems to me that the new line was originally supposed to be in service for Canada 150. That came and went, with a new deadline, and yet another new deadline, and now another one. The city needs to accept that these delays were probably going to happen no matter what, accept that it has ordered and paid for a major infrastructure project, and accept that it can't expect everything to arrive on time.

Anyway, I could get really fired up, but I won't. Bringing rail service back to Riverside South/Manotick is at least one of the easier projects on their list, and if it proves successful, there may be more rails laid in the future.

I have already been visited by one hopeful for the councilors seat in south Kanata and I was quick to suggest that the light rail is not at all what i am interested in - that heavy rail should have been considered for at least the current lines, if not reviving the old ones. While not in his platform, he was very interested to hear it.
Now I hear Mr. Doucet is also suggesting these sorts of ideas. Admittedly, I am not a fan of his politics for the most part, but it's certainly an idea to get behind. While I don't expect he will win, I do think the exposure he will get will help promote the idea which is about all we (as fans of expanding the system using the current means available) can really do at this point. So that's encouraging I think. Perhaps regular use along existing lines will mean twinning and greater activity (and maybe increased commercial/industrial use?) which woudl be awesome.

Anyway Looking forward to the follow up post which looks at what a "GO" system (as I would call it for lack of a better name) could be like in the area. BTW - out of curiosity, do you have any idea on the approximate costs for that sort of a system in mind?

@AJ MOOSE has estimated the cost of a full system being roughly $1 billion to construct. It isn't clear what the operating costs would be like.

A regional system would be a great place to use our DMUs. The LINTs aren't well designed for the urban rail service they're used for now. Trying to stand in them is difficult since there aren't many grab bars. Supposedly the new Stadler FLIRTs will be better designed for the Trillum Line in that sense, but the LINTs will stay in use. What would be nice would be if they purchased additional FLIRT units to completely replace the LINTs and then use the LINTs on some of the regional lines. They're perfectly suited for that type of service.

Derek, AJ and Keith -- All good comments. I agree, first off, with Derek that we are looking at a $1B project to have the type of GO System in Ottawa that is being proposed by Doucet and Moose. And that does include operating costs.

Keith - You've reminded me to dig into the history of the M&O sub. I have been thinking of new historic-theme posts, so maybe I'll start there.

AJ - I'm glad you mentioned to your candidate that using existing infrastructure is a common sense solution to commuter needs in our city. Politicians in this city need to hear this more often. I've said it many times in this blog. This city has no idea how to live with railways. We are woefully ignorant.

Derek - Good info on the light rail cars. I have never been on the Trillium Line when it's busy and people are standing, but I will likely live that experience when the Confederation Line begins operations and I am jammed into the trains so I can go from Tunney's Pasture to Pimisi.

Ty Derek! I had a feeling it would be around the $1B mark but was more guesstimate on my end.
I have heard the same things about the LINTs as well back about 6 months ago when the debate was on about where people's bikes will go (instead of on the front of the bus as they are now). I find the bus service as is frustrating enough as it is (not having the Express designation drives me nuts) but I am definitely not excited about the prospects of fighting for a seat or ending up sandwiched with no supporting mechanism.

Michael - The way I see it is that this is such a good idea, all we need to see it takeoff is to get people talking about it and into their heads. I mean it works for Toronto which is a wide city with traffic issues stemming from bedroom communities on the outskirts, so surely it would work as well here.

I'm confused by this plan. Isn't Vars and Limoges on the old CAR line, while Navan is on the old M&O, (which also happens to border my field)?