As the flanged wheel turns

Was there ever a doubt that Ottawa's new light rail line would not open as scheduled? I for one, am not surprised. The media has been speculating about delays to the Confederation Line for a number of months. Despite assurances that the infamous sinkhole incident on Rideau Street would not delay the project, it appears that the giant hole and several other factors doomed the original completion date, which was supposed to happen in April.

That means that, for now, the new Alstom Citadis Spirit trainsets will mostly sit under the roof of this facility on Belfast Road, near the Via Rail station. I snapped this shot a few weeks ago. 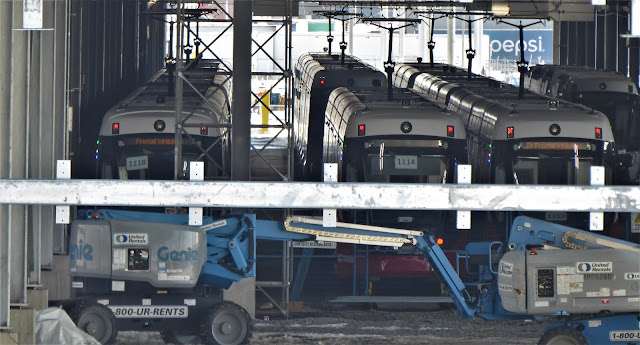 The delay has raised a few important questions regarding who will be left on the hook for the costs associated with the delay. When the delay was first announced by our mayor, several indignant city counsellors stressed that the city had language in its contract with the Rideau Transit Group (RTG) that would allow the city to charge the group $1 million for missing its deadline. That suggestion was shot down by the mayor. A few days after that discussion, the city revealed that the delay to the Confederation Line opening will cost as much as $10 million a month, including the additional salaries that will have to be paid for bus drivers since the current bus transit system will have to continue operating. Many drivers will be laid off once the Confederation Line displaces countless express bus routes between the Confederation Line's endpoints, Tunney's Pasture and Blair. Nothing definite has been disclosed, but the RTG has been told it will be covering the costs in the coming months since the city signed a fixed-price contract for the entire system's construction.

Here's a shot of Tremblay Station, near the Via Rail station. The east end of this line is much further along in its development compared to the west end of the line, including Pimisi, Bayview and Tunney's Pasture stations. 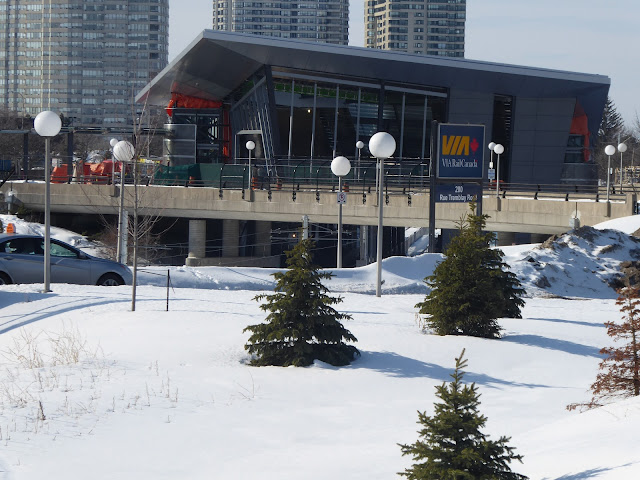 Here's another shot, which gives you a glimpse of the right-of-way, which uses the old bus Transitway that once served the Via Rail station. 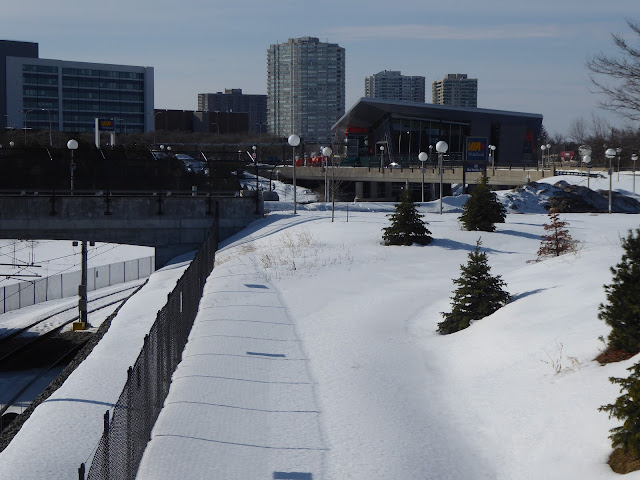 For now, the only action you will see on the Confederation Line is maintenance-of-way equipment, mostly in the form of hi-rail trucks and some pretty odd looking maintenance cars. This shot below shows you the types of grades that you don't see with heavy rail operations but are common with light rail operations. 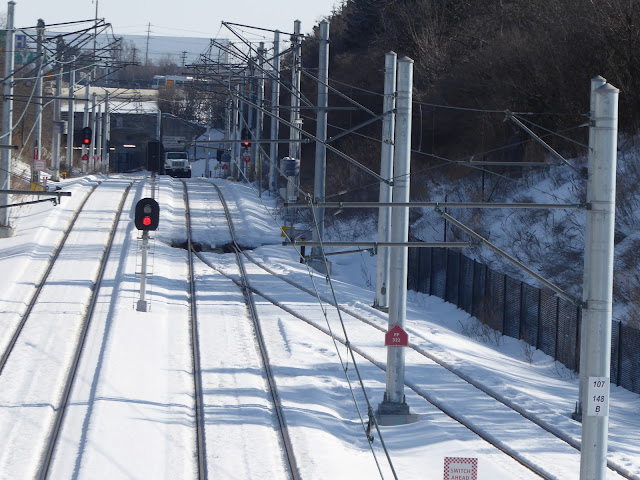 I'm not a huge fan of railfanning light rail vehicles, but for those so inclined, this is about all you will see in Ottawa for the next few months. The Trillium Line continues to operate in the shadow of the Confederation Line. 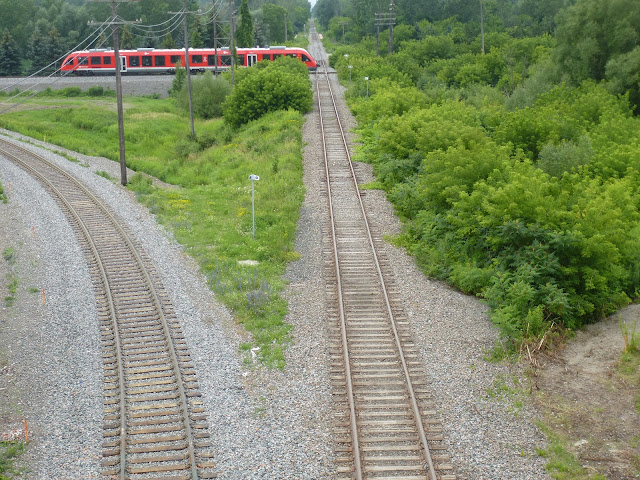 A few final notes. A University of Ottawa professor has made the obvious suggestion (at least to me) that the city should look into using the Confederation Line for freight purposes as well. This system works in other cities, when freight trains make use of commuter rail line during off-peak hours. Ottawa is a city that is absolutely choked with trucks. You'd think politicians would embrace freight railways as a way of taking trucks off the highway and especially out of the downtown. Of course, those who read this blog know I've been advocating this all along, but I wonder how effective any freight operation would be with such dramatic grades on the Confederation Line.

Also, the city revealed the names of all the O-Trains, including those operating on the Trillium Line (Ellwood Sub). The city opened up the naming contest to students and received nearly 2000 submissions. The winning submissions were initially well received, although I did read today that some people aren't happy about the lack of diversity in the names. I would link to the story, but I really don't think it's a worthwhile read. I had a hard time getting through it without rolling my eyes.

Yeah no arguments here.
I am all for frieght on the lines but I highly suspect there would be little takes. I have some truck drivers in the family who have to go through the downtown core. They hate it. People downtown hate them being there. But while there was a rail line from where they haul and eventually to the plant, 95% of those tracks have disappeared. Its great for them since that's how they make their living, but it also means there is no chance they could make use of freight on the line if it opens up. Unlike other cities who make use of it, I don't think the rail system that is left in Ottawa would make much sense for most business who needs it. Start adding rail back again and that could be a different story.

As for the new trainsets - still seem small and that they didn't buy enough. Endpoints are likely to be a mess on the line. Glad I get off in the mornings at Westboro and on at Tunneys in the afternoon.

I do have a Tunney's update. The station is well behind schedule from the looks of things, however the roof is up and work seems to be ramping up over the last 2 weeks. My guestimate is that the station itself won't be ready for another 1-2 months.

I do have a Tunney's update

I suspect you're right AJ. It's nice to have a possible new source of freight rail options, if only to ease truck congestion in the core, but I think this is a pipe dream.