This is the first in an ongoing series that focuses on questions I sometimes come across in the comments section of the blog. The first question goes back to October 2016. A fellow railfan from Sarnia reminded me that I intended to tackle the question below from that fall post.

Q: What's the significance behind the CN Hobson sign near the eastern portal of the Paul M. Tellier Tunnel?

In October 2016, I was in Sarnia to visit family for Thanksgiving when I stopped by the Sarnia Via Rail station to catch some trains. I caught this westbound train heading toward the tunnel. As I did, I noticed that there was a curiously named control point sign west of where I stood on the station platform. For the most part, most of the control point signs I have seen have fallen into the category of geographic name or historical marker.

In the case of this sign, Hobson, the control point is a little bit of both. But it wasn't as straightforward as I thought it would be to find out why CN predecessor Grand Trunk named this CP Hobson. 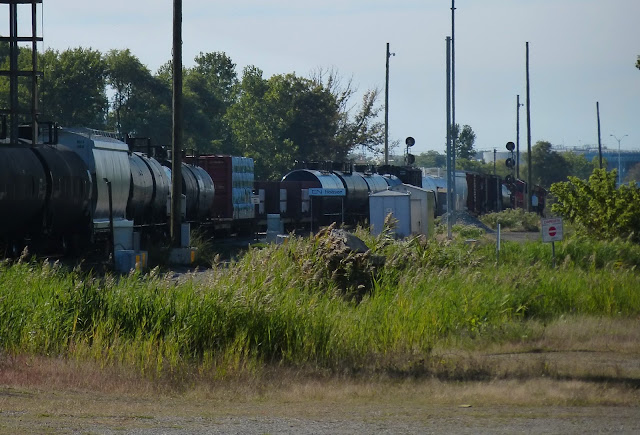 Here's a closer look at the sign, blown up from the photo above. 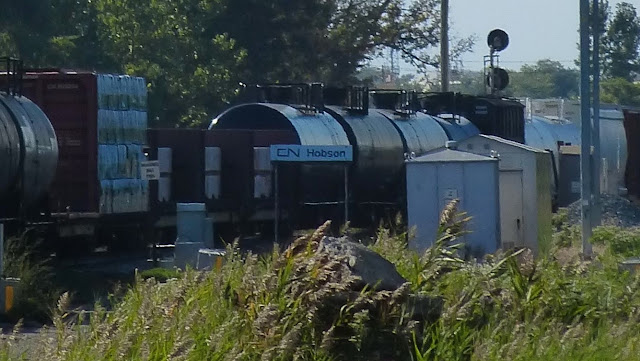 In and around Sarnia yard, there are a few control point signs that you can see from public property. There's CP McGregor, which is named after McGregor Side Road, which I assume once crossed the yard. There's CP Blackwell, named after two nearby roads, Blackwell Road and Blackwell Side Road, which intersected at the site of old Blackwell station. The name Blackwell owes itself to Thomas Blackwell, onetime president of the Grand Trunk Railway, which operated the Strathroy Subdivision prior to its absorption into CN. You can read more about this CP here.

Okay, so you get the idea. Usually, a railway will name points along its lines for nearby geography or to pay tribute to its history.

CP Hobson is not named after any neighbourhood or road of the same name in Sarnia. I checked for any Hobson Road and found none. However, when I did a search on Hobson and Street, I found a reference to Joseph Hobson in a report on Sarnia's history.

Hobson, it turns out, was the engineer and architect who designed the St. Clair Tunnel beneath the St. Clair River. He was assigned the task by the Grand Trunk Railway in 1886. The tunnel was opened in 1891 and was considered an engineering marvel at the time, being the longest international underwater rail tunnel in the world at the time. Hobson went on to serve the railway as its chief architect.

I found a few articles about Hobson, but I found the best synopsis of his career was in his Wikipedia profile.

Here's another lesson I learned from this mystery. Always take pictures of the mundane because you never know when they will come in handy. Case in point. Here's a piece of the original bore that was used to drive the tunnel beneath the river. I snapped a photo of this monument as I was waiting for trains on the station platform. 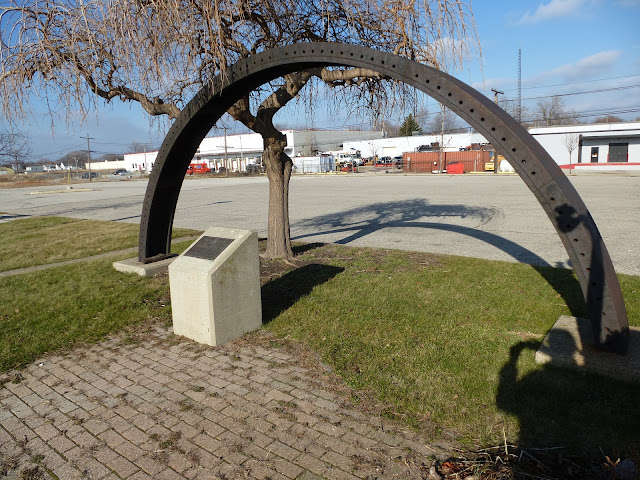 I guess I should have paid some attention to the writing on this plaque when I was organizing my Sarnia photos in my trains images files. 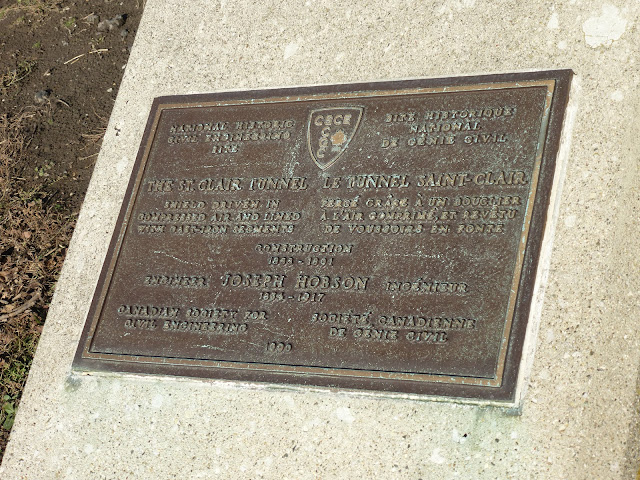 It turns out that Mr. Hobson, in addition to having a control point named after him, also has a small monument devoted to him by the Canadian Society for Civil Engineering.

So, my guess is that milepost 59.2 CP Hobson was probably so named by the Grand Trunk and the name obviously was retained when the line became a CN line.

So CP Hobson is both a tribute to the man who designed the tunnel and likely also named for its close proximity to the old tunnel, which is just a short ride west of the sign.

If you ever have a question when you are reading any of these blog entries, be sure to let me know. I'm glad someone reminded me of this little piece of trivia. Sorry for the delay, but better late than never, I hope!
Posted by Michael at Thursday, January 11, 2018

I love stuff like this. Digging through various sources trying to find information.. it's fun.

Fun to read too - thanks!

Thanks, Steve. For ten years, I worked as a reporter so this type of digging is pretty normal for me. Old habits die hard.

My name is David.

I am the Anonymous person you refer to in this article. I posted anonymously because I didn't know how to post my real name like other posters, so I tried something else and hopefully it will work.

I live in Ottawa and not Sarnia, but I did visit Sarnia over the August long weekend a few years ago and loved it.

Thank you for publishing this delayed, but well article article. I look forward to reading more just like it.

I don't often come across people who have been to Sarnia, David, so thanks for reminding me of this question. I love to blog about my hometown area, so this was a welcome distraction from the usual fare.