Last week, I shared some photos from a mostly empty Canadian Pacific rail yard in Smiths Falls. I was disappointed that I didn't see more, since I was told mornings can be the best time to see some action there.

But as I have mentioned in this post and this post from last year, there is always something interesting to shoot, even if it's not readily apparent.

After taking a few shots of two idling geeps in the yard as well as a few strings of rolling stock, I began to think about the type of shot I might like to capture when Via's Train 643 made its way through the yard. With some limited options, I began to do some test shots and plan what I wanted to get.

First things first. I knew I wanted to capture 643 rounding the bend into the train yard. I am shooting from the edge of the old passenger station in the shot above. I was fairly happy with this shot. 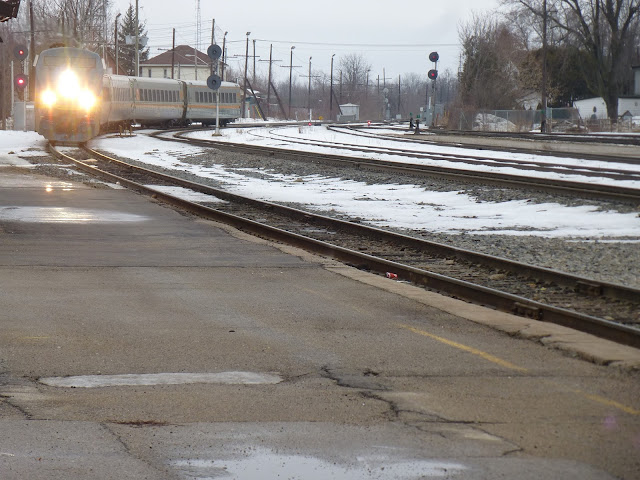 P42 909's lighting didn't help with my shot as the train crept closer, but I made sure to adjust where I was shooting so I could get the signals into the shot as well. Again, it's a small difference, but it at least gives me something different.

As I mentioned in last week's post, I set my camera in at a spot where I was hoping to catch the Via corridor train and the idling CP geeps in the same frame. It was not an easy task, since the CP tandem was pretty far back in the yard. But I readied my shot and waited for the passenger train to enter my frame. This was the result. 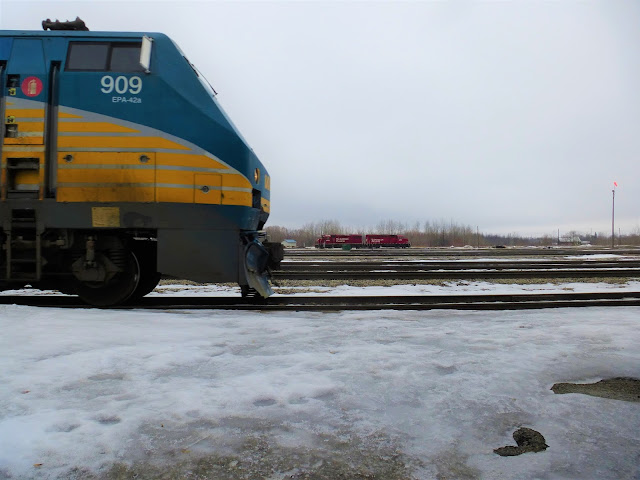 This is not a conventional shot by any stretch, but I did like what I captured. You can see how empty the yard is, you can see the snow and ice and you can see the nose of Via 643 making its way across the old passenger station platform. 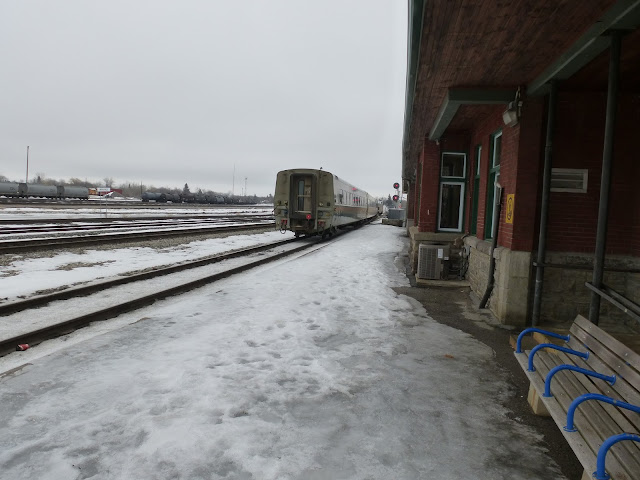 And here's a shot that was a little more tightly focused on the train itself. 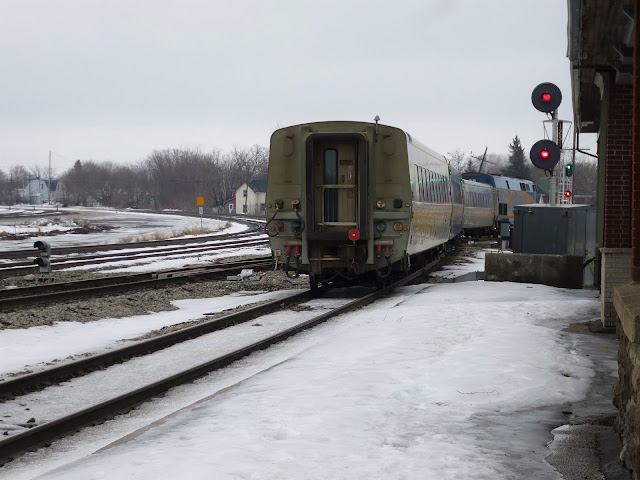 Before I left Smiths Falls, I dropped by the new Via Rail station on Union Street, just to get a few reference shots. Not a whole lot to look at, but it has its own charm. 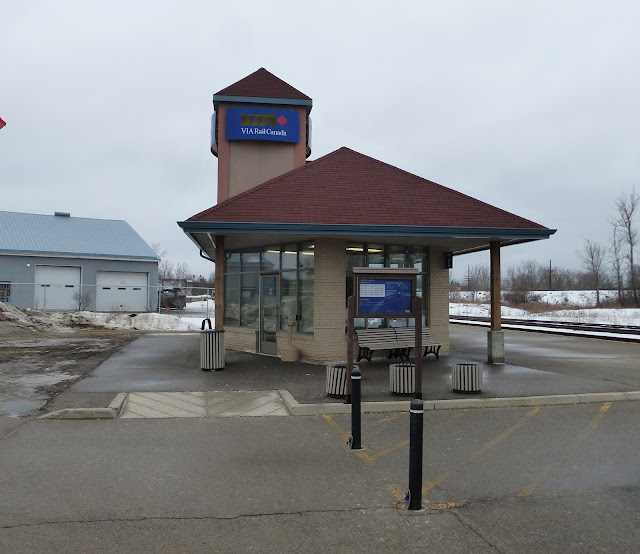 I did notice a few pieces of MoW equipment on the siding at the Via station, so I made sure to capture that string before I returned home. 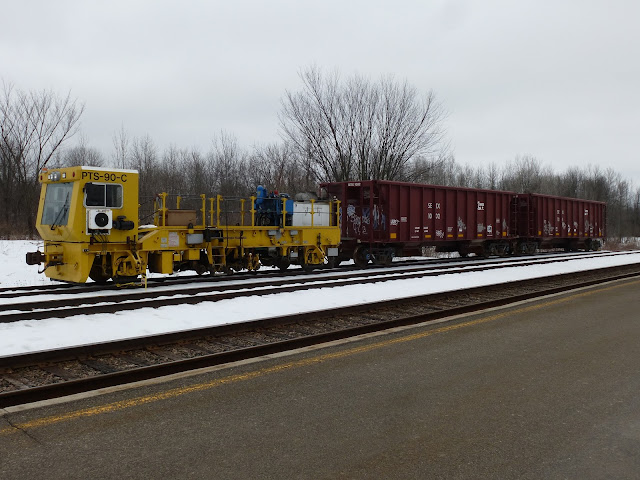 Overall, it wasn't a terribly productive morning for quantity but I liked that I experimented a bit and captured some interesting shots, even if there weren't any freight trains to shoot that morning.
Posted by Michael at Saturday, February 04, 2017

Another successful day at the lemonade stand, Michael. That P42 two looks like it was going to eat the two Geeps a la Pac-man!

Always challenging for those outside curve shots at Smiths Falls!

For those curve shots at Smiths Falls, I've often considered going past the station where the VIA train head south, but each time I tried, I wasn't able to get any good sight lines.

Thanks for the comments, guys. I like those curves at the yard, but they aren't as symmetrical as they appear. All in all, I was happy with what I captured, considering the limited choices.