Update on Via Rail's work in Barrhaven

Over the course of June, all has been relatively quiet along Via Rail's stretch of track through Barrhaven, which is a good thing. The issues the railway has been dealing with have proven to be quite difficult but it's encouraging that there have been no reported issues at any of the level crossings in Barrhaven since late May. 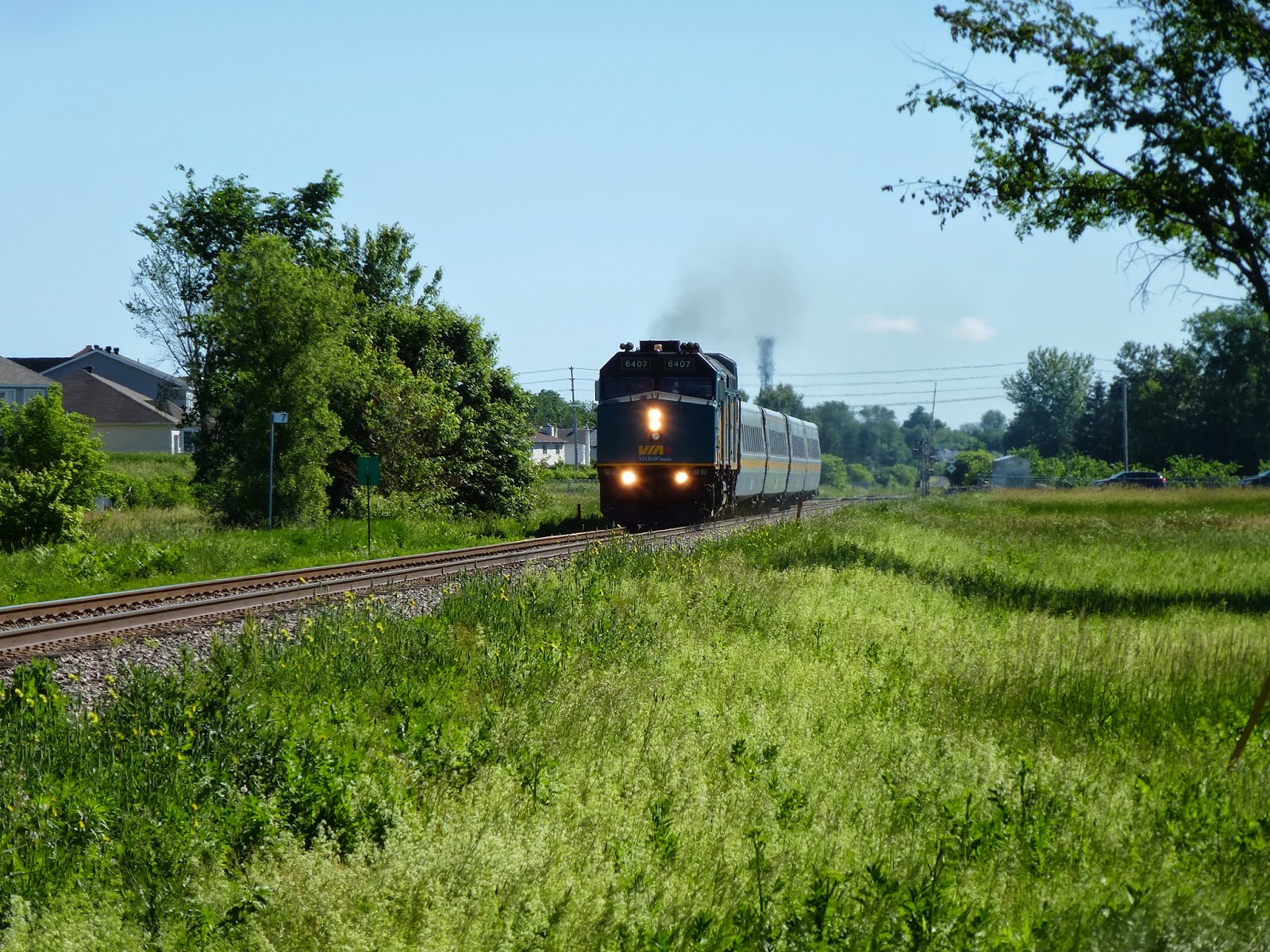 As readers of this blog know, former Via Rail COO John Marginson has been in contact with me and has provided some clarity on the issues. John has informed me that Via plans to update the public on the situation in Ottawa soon. I am looking forward to hearing about what has been done. John has also committed to contacting me again when the railway next updates the public on the status of the work being done.

On an unrelated note, I recently paid a visit to the central station on Tremblay Road on a lunch break since work was incredibly slow. I took some photos with my old camera, which I keep with me at work just in case I feel the need to take photos on my walks around town. I noticed the old camera has a video function, so I decided to try it out. Here is my first attempt at video. It's nothing special and I had some definite issues. I don't know that I will be shooting much video with my old camera since its capabilities are limited. But this little clip is something on a slow summer day. It's nice to see the old silver and blue in corridor service in the summer.