Why Railways Matter (And Why I Blog About Them)

It all started with a few photos at Fallowfield Station.

My wife was on her way to London, to be an adjudicator in music festival in April 2012. I took her to the station where we waited for Train 55 to take her to Toronto and beyond. We watched from the platform as a P42 and streamliner consist made its way past the Woodroffe Avenue crossing to the station in Ottawa's suburban southwest end. I had been thumbing through prints of old train photos for months at home and had been considering what to do with them.

As the train pulled in, I snapped a number of photos, including this one below, not really knowing why. I liked what I saw, but I thought I could do something more with the photos other than add them to my computer. 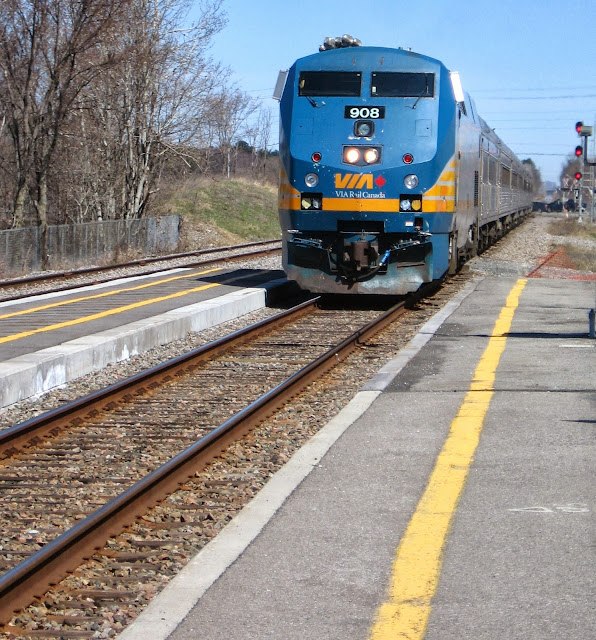 Earlier that year, I had written a story about plans to start a shortline railway along the inactive CN Beachburg Subdivision for a now shuttered news site, OpenFile.ca. The initial story spawned a follow-up, although it didn't generate much of a response. As I stood at the Corkstown Road crossing along the Beachburg Sub, snapping photos for the story, I found myself lingering around the crossing, wondering what it would be like to have an active rail line so close to my home. At that point, I hadn't yet thought about taking photos, but the seeds had been planted. 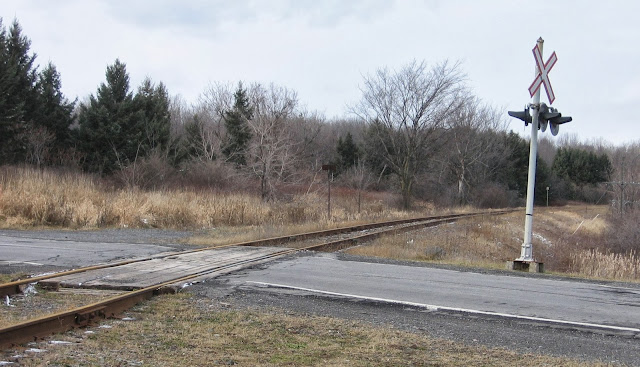 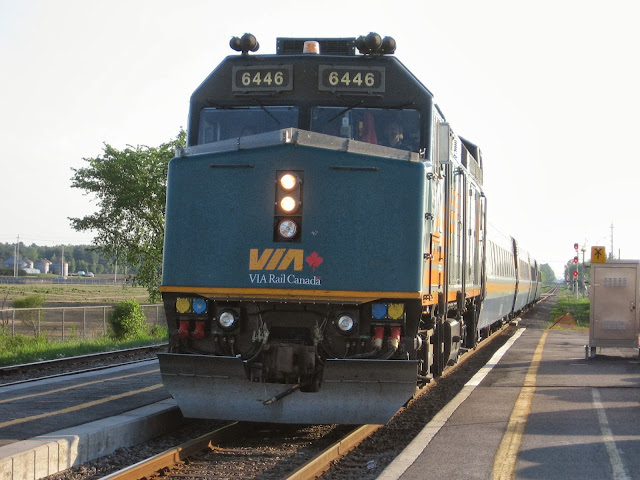 She should have known better. As you may know, the railways have a long history in my family.

Soon after those trips to Fallowfield, I talked to a few bloggers about ideas for a blog, because I knew I had a fair number of old train photos from the 1990s and had some thoughts to share. After some thought, I just started blogging. Before I knew it, I found myself taking photos of trains whenever I could find time. It's been tough to find time since I have a young daughter and a wife who works evenings, but I have managed to get a bunch of new photos and great story ideas.

Case in point: I took this photo (below) along Highway 401 when my family was travelling to Toronto on August 9th. I tried to catch a westbound Via just east Kingston, but this was all I managed to capture. The point is, I knew then I was hooked. I loved sharing my passion with railways in the few spare moments I can find. 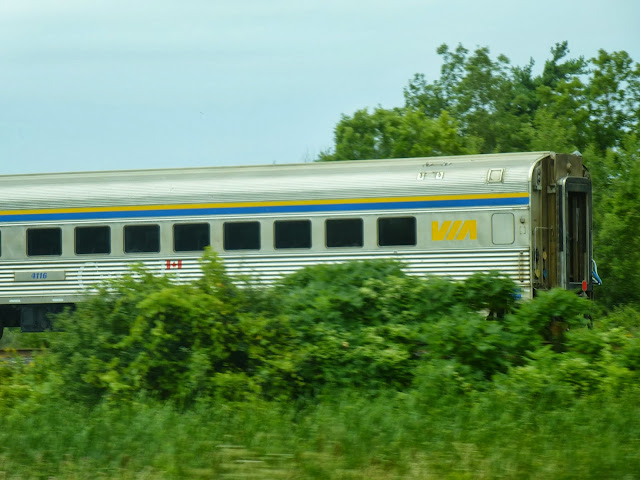 I am now getting comfortable in my little corner of the internet, doing what I can to preserve the memory of railroading past and trying to get people thinking about the importance railways can still play in our country. I mention this because Ottawa is the city where railroading went to die. Much of what's left of our rail system here has been banished to the margins of the city. We have done little to preserve the railway tracks left in our city, but now find ourselves spending billions of dollars to build new railway lines and tunnels for a problematic light rail system. I am hoping that my blog can at least get people thinking about preserving what we have left here and investing in the future of this mode transportation in Ottawa and beyond. 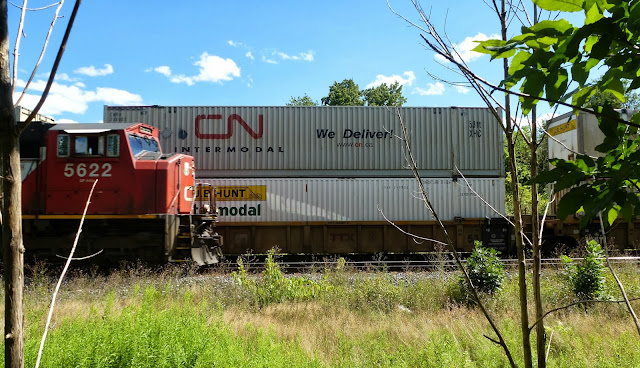 CN SD70 5622 speeds westward as an eastbound intermodal waits on the opposite track, near Woodbine Avenue in Markham, Ont. on August 10.

This is all a long-winded way of reflecting on my first few months of blogging. I also wanted to share some positive thoughts on railroading in Ottawa following the horrific bus-train collision last week in the city.

I was disappointed that many commentators and pundits here have suggested that the level crossing where the accident occurred is inherently unsafe. I find this statement highly speculative and unfortunate since so little is known about the crash. Those who follow this industry know that level crossings with working signals and safety barriers are perfectly safe, provided that everyone follows the rules, which means both train operators and motorists. I think part of the reason why there was so much speculation about this crossing has to do with the fact that Ottawans just aren't that knowledgeable about how railways work since so little of the rail system in this city remains.

Last week's accident only reinforces my conviction that train bloggers, no matter where they are, play an important role in ensuring that this crucial mode of transportation remains a vital part of this country.
Posted by Michael at Thursday, September 26, 2013

Keep up the good work! I enjoy reading your blog.

Thought-provoking post, Michael. Travelling to Ottawa aboard VIA, it was nice to pass through the Fallowfield station, which was indeed in a field.

I noticed an auction ad in one of local giveaway newspapers for the assets of Kott Lumber. If memory serves, a VIA train ran through an open switch at this site and derailed into their lumber yard spur.

Indeed lots of local rail history to be explored in Ottawa, even if not much is being made today. But it is. It's all about interest, initiative and being there. Thanks for being there for the non-Ottawa readers of the Beachburg Sub!
Eric

Thanks Steve, J.D. and Eric. I didn't mean this post to come out like a call-to-arms for railway bloggers, but I'm glad my enthusiasm is shared. Eric, you're right about the Via Rail accident near Kott lumber. I will touch on that in a future post.

I found your blog courtesy of Eric's. I'm from Ottawa originally and could probably go back to comment on almost every post (at risk of sounding crazy, I won't). I really enjoy what you've done so far here; keep up the good work.