Back on Track: The O-Train Rides Again

The O-Trains are rolling again even though work on the Capital Railway is not yet finished. The eight-kilometre line was put back into service in time for the school year at Carleton University, which is one of the biggest sources of the Capital Railway's ridership.

Here, below, you can see southbound Bombardier BR643 heading toward the Gladstone Avenue bridge while is passes what will be a new siding. 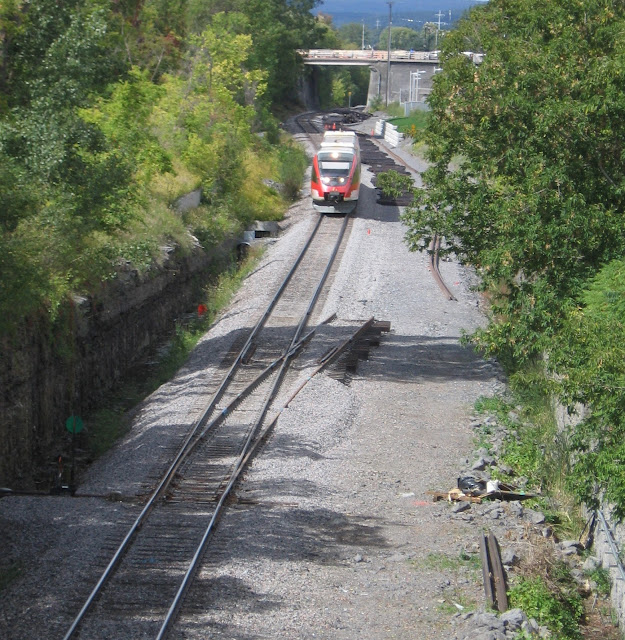 These sidings will be the key to allowing the Capital Railway to operate six newer Alstom Coradia LINT 41 trainsets at higher speeds. Right now, this line has only one stretch of double track at Carleton University, which is where two trains meet up in opposite directions. When these new sidings are installed, the city is hoping the trains will be able to make the runs between Bayview Station and Greenboro Station in eight minutes instead of the current 15.

The recent media coverage focused on the fact that the O-Train service did not improve when it opened for business again, but the coverage failed to mention that the work on the line is not finished and the service improvements are contingent on the the new Alstom trainsets being used with all the passing sidings in place. Right now, the Bombardier trainsets are still in use on what is essentially the same O-Train line as before, with new ties, new ballast and other improvements. The essential challenge of having one stretch of double track on this line remains. 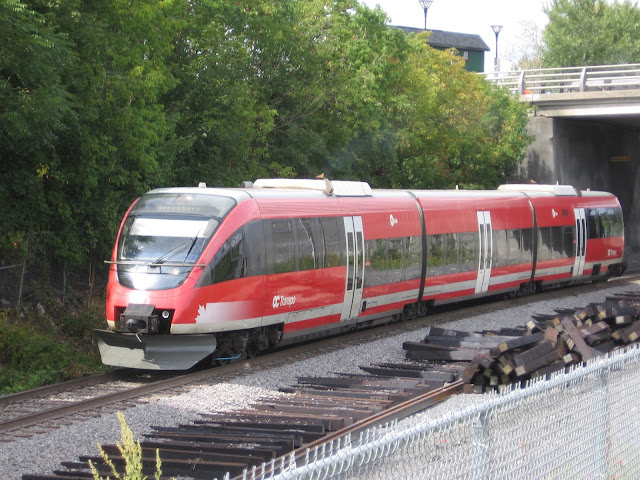 Above: Southbound Bombardier BR643 passes beneath Somerset Street near Little Italy and Chinatown, next to what will soon be a passing siding. The train has just departed Bayview Station at the north end of the Capital Railway.

So, for the foreseeable future, riders can expect to ride the current Bombardier O-Train, since the new Alstom trainsets are not expected to be in service until the fall of next year. The new trainsets will be tested outside of regular service hours on this line, I presume. 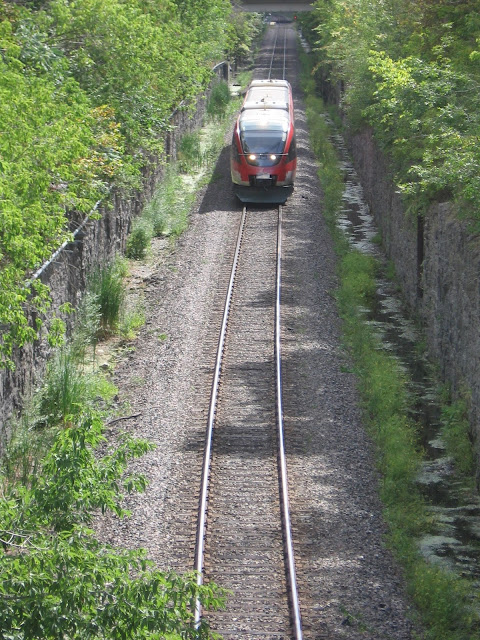 Above: Northbound O-Train heads toward the Young Street pedestrian overpass under sunny skies.

Initial coverage of the resumption of O-Train service focused on the fact that the trains were taking 20 minutes to complete the eight-kilometre route, but as I checked out the service the other day, the trains seemed to be making the run in 12 minutes, which was equal to the frequency of trains before the $59-million project was started. 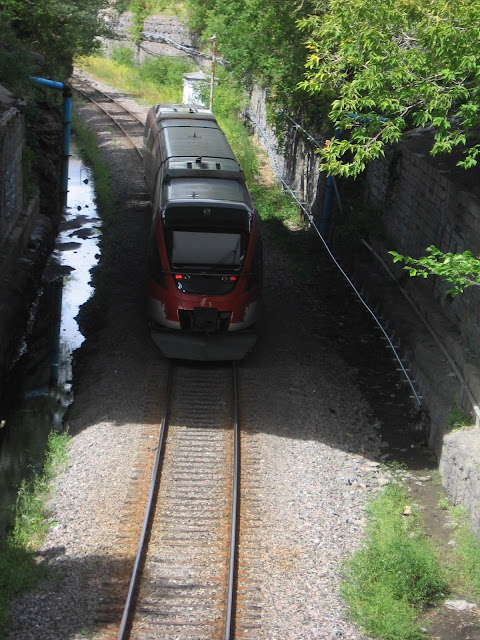 Above: Southbound O-Train passes beneath Highway 417, more commonly known as the Queensway to locals.

An interesting note to the resumption of O-Train service was an article in the Ottawa Citizen, which brought up the long discussed option to extend the current O-Train south along existing trackage to the Ottawa Macdonald-Cartier International Airport. Again, the newspaper did a great job building the case for this proposed $74-million expansion, although it missed the obvious point that there is an existing right-of-way that still occasionally hosts trains. CN uses the southern portion of the former Canadian Pacific Prescott Sub, to bring cars to the National Research Council's surface transportation research facility on Lester Road, near the airport. The trackage is not all intact between the NRC and points further south, but the corridor is still in place and is being eyed as a route to connect southern suburbs, mainly Riverside South, to the downtown via rail.

There is obvious support for this expansion, since it would bring thousands of new riders to the O-Train with minimal investment, compared to the problematic east-west O-Train project. However, city officials here fear that, during the construction of the east-west Confederation LRT Line, the increased stress on the existing O-Train line would be too much for the system to bear. I find this reasoning curious, since the city now has six new trains and its existing Bombardiers that, combined, would accommodate an increase in ridership. The city has also invested in improvements on the old Ellwood Sub, which will increase train frequency and allow for more commuters.

I also wonder if anyone has thought about establishing a separate rail link between the southern neighbourhoods to Greenboro, where trains could theoretically stop, allow passengers to get off and board another O-Train from Greenboro north to Bayview. This means there would be two separate services originating from Greenboro heading north and south. It's not a perfect solution, but it's a start. 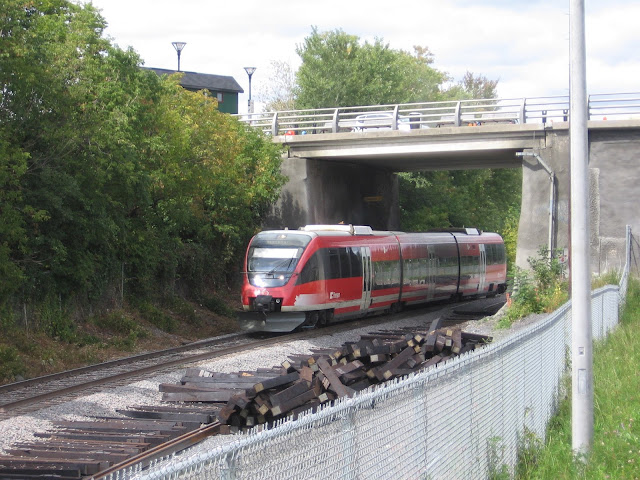 Beachburg Sub Update: Finally, the City of Ottawa has thrown its hat in the ring in ongoing efforts to save the troubled Beachburg Sub. For full details, please see my post from earlier this week.

And for those wondering, yes Gordon Lightfoot did end his set at the Ottawa Folk Festival with the Canadian Railroad Trilogy! Epic!

Thanks for this optimistic update, Michael.

When I visited the prototype bus for Kingston's new Express service this summer, transit manager Jeremy DaCosta said "Hey, it's transit". This is a pretty meaningful comment. People expect much from something in which each individual has invested little. Progress is made slowly in the urban transit world, and there are many critics these days. But transit fans are optimistic, and as an inaugural rider of the Kingston Express, I am loving it every weekday.