Thank you, rail friends: Another post of random rail photos

I have mentioned often that I am fortunate to get contributions from many readers and friends. This has really helped me this past year, since I have only been trackside a select few times, due to the usual busy life items that occupy your time when you have a young family. Going through my old email the other day, I realized I have several images that people have sent to me that are worth sharing. Often, I will hang on to images people send me, just in case I can put them together in a thematic post. But, sometimes, the photos on their own do not lend themselves to any larger ideas, which necessitates a post of random images.

I don’t mean to diminish these images, however. I actually love putting together the occasional post of random images.

So, without further preamble, here’s another instalment of random railway photos. This batch are courtesy of my brother Marc, a frequent contributor to the blog, and my brother’s father-in-law, Kevin, who took some photos at a museum in Arizona for his grandson, also my nephew.

This first photo made me laugh a bit. My brother took this photo of this car, since he had never seen this logo (URL?) before. When I looked at the photo, I only wished he had taken a photo of the former UP diesel that was being used on the train. I have only been able to see one such instance of leased power this past year in Wyoming. 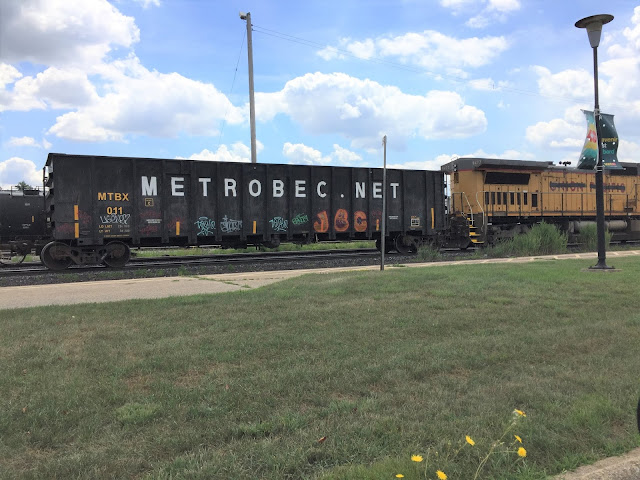 Here’s another shot from my brother, which he saw in Sarnia yard earlier this year. It’s an old BC Rail GE unit, which has obviously seen a fair bit of action, judging by the dirt and dust it has acquired. The unit is in the BC Rail blue scheme, which I believe was a latter day livery.

My brother was in Goderich over the summer and spotted these two former GoC grain hoppers parked near the Sifto salt mine on the Goderich harbour. I wonder if these cars were being used for salt use. (Answer - they're not. The tracks those cars are on branch off to the town's infrequently used grain elevator, according to a reader) 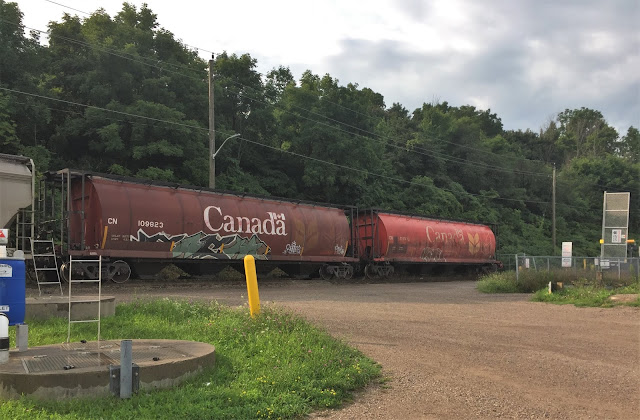 My brother passed along a few shots that his father-in-law, who visited the Arizona Railway Museum in Chandler, Arizona. The highlight of the photos passed along to me were the shots of the old silver-clad E unit 97. 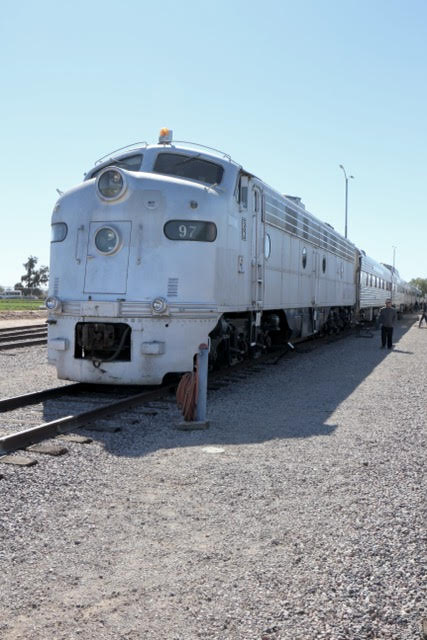 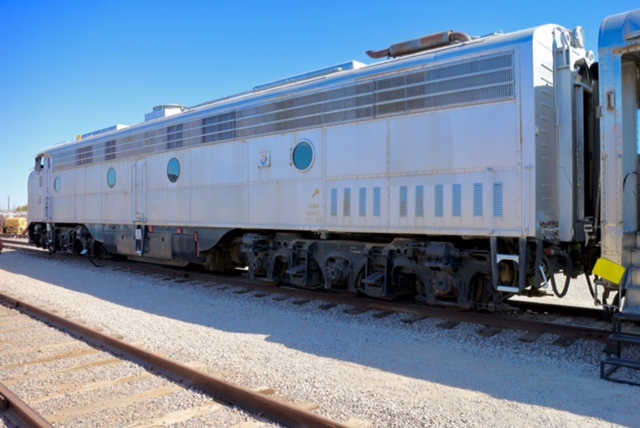 The museum had a number of privately owned passenger coaches, which are used for all kinds of excursions. But there were also some other assorted gems, like this old Southern Pacific maintenance of way crane. 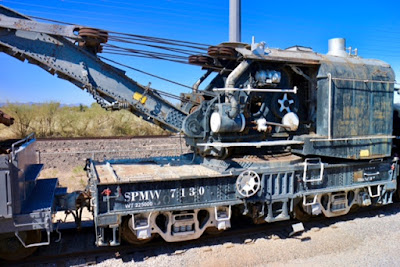 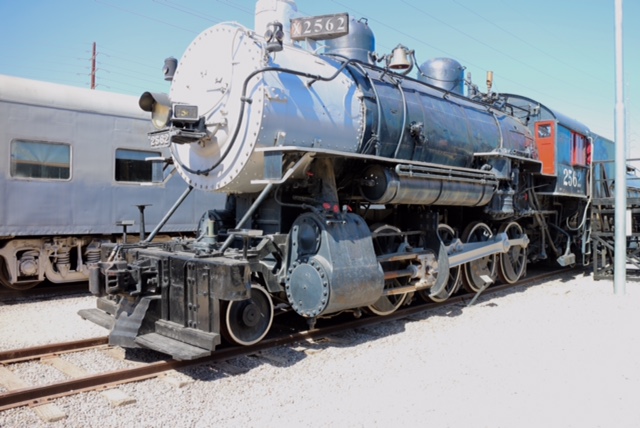 As always, you're free to contribute to the blog!
Posted by Michael at Monday, January 21, 2019

Your posts are always fun to read. We've created our own website with inspiration from you. We'd like to promote your site to our subscribers if you don't mind.

I appreciate the kind words. Please feel free to send me your blog's URL and I will check it out and discuss it with the folks who drop by this site. You can reach me at hammond.michael77 AT gmail dot com.

Re: Goderich, there is a switch and siding off the main siding to the salt mine that goes to the back side of the grain elevator. It is still in use, although sometimes infrequent. you can zoom down to it in Google. I think if in map satellite you can see cars spotted there.

Aha! Mystery solved. Thanks for the info. I wonder if the elevator might see new life when work to make Goderich a deepwater port is finished. I remember our previous federal government making a big deal out of that project.