As I wrote about earlier this summer, I finally made it out to the newly renovated Canada Science and Technology Museum with my family. While there, I made sure to get a good look at the railway exhibition. Happily, there’s a few more rail-themed treasures for those interested.

When you enter the museum, the Artifact Alley awaits you, which is an interesting combination of a number of items that all fall within the theme of science and technology. For example, a sled is displayed prominently, which showcases how it was built to cut through heavy snow.

The best example is a scale wooden model of the old CN Turbotrain. The signage mentions the train, but you have to really search around to find it hanging high near the museum’s ceiling.

There’s also a sign that points out an old Canadian Pacific Railway sign, although once again, I had to search around before I found the old sign behind a number of other artifacts.

The highlight in this section of the museum (at least for me) was an old stone surveyor’s cairn from the era when the Canadian Pacific route was being mapped out from Northern Ontario to B.C. I was amazed that the cairn has been preserved all these years. A fascinating relic from the earliest history of the CPR. 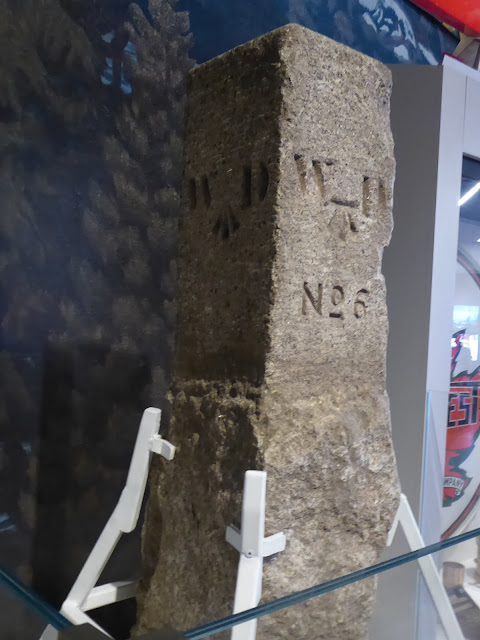 Of course, you can’t go to this museum as a railfan and not check out the massive steam locomotive on the front lawn. This old beast has always been a popular draw. In recent years, it was beginning to look a little worn due to the harsh beating it takes from Ottawa weather. 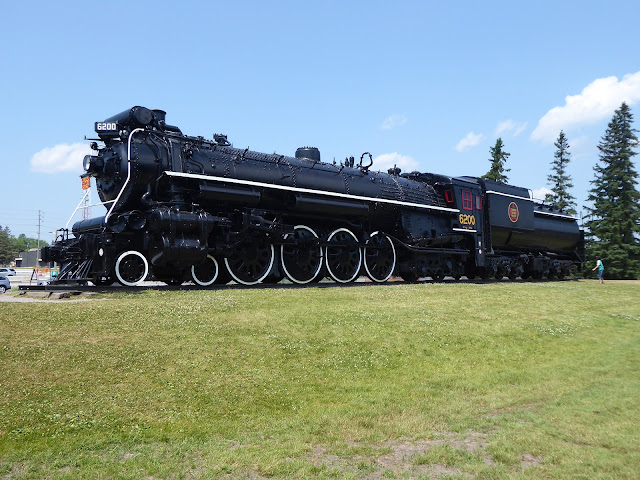 Happily though, the Bytown Rail Society has worked hard to make a number of cosmetic restorations to this old engine. You can see it in the front headlight and number boards. About the only thing missing is the bell on the side of the engine, although I can imagine a bell would be too tempting for a thief. 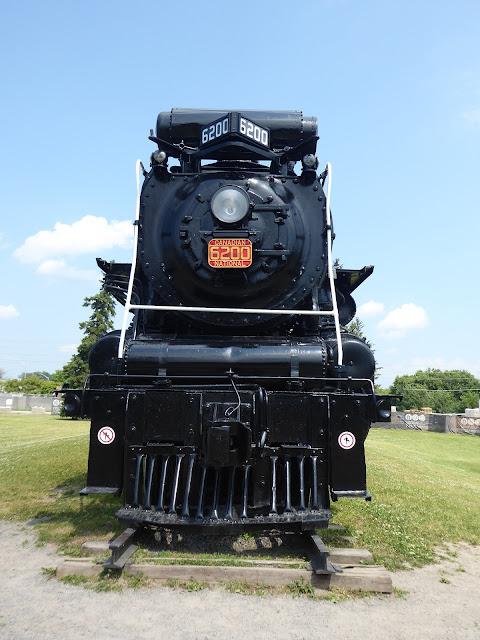 I've blogged about this engine before, which you can read about here.

I've been back to this museum since my initial visit this summer, since I had family visiting in Ottawa. For those who are visiting Ottawa with children, this museum has a little bit of everything, including lots of things to touch.

Artifact Alley you say? That sounds like something right up my...alley! That's where I'd want to be. And CNR 6200 looks great.

Bytown Railway Society is to be commended for continuing to champion railways in Ottawa. You have to see CNR 6200 to believe it. The engine was already quite a site in front of the museum, but the beast looks even better now. It really does give you a great idea of just how massive these machines are. Thanks for stopping by, Eric.