This winter has been much busier than previous winters, as anyone with a young family can understand. The end result has been that I have not had very many opportunities to get out there and capture some winter railway photography. Aside from a brief morning at Ottawa's central train station and a quick sprint out to Smiths Falls, I have not been trackside much since I caught up with the Canadian Pacific Holiday Train in late November.

So as I had some time last week, I headed out to Fallowfield Station to try and catch some Via Rail Canada 150 clad cars or locomotives. 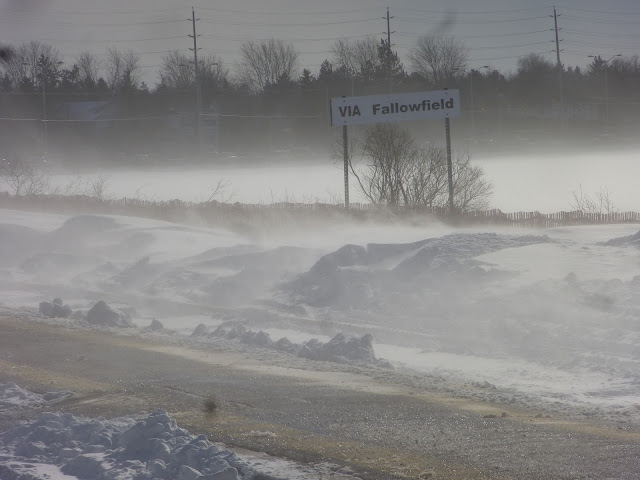 As I set up trackside, it was hard to determine where the main track and siding were, since the blowing snow tended to obscure the track. I fired off a few test shots of the Fallowfield sign and tried to capture the blowing snow.

A few minutes later, Train 55 made its way west toward the station, with F40 6441 leading the way. As I saw it headed my way, my first thought was there would be no P42 wrap for me to shoot. It might be the first time I have ever been disappointed to miss a P42. 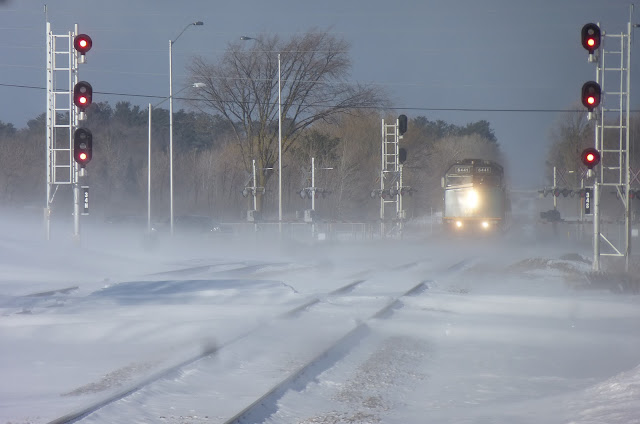 But as the train made its way, I realized that I hadn't captured any good winter railway shoots this winter. So my disappointment over not catching a newly repainted P42 was replaced by some excitement over these shots. I like that you can barely make out the tracks in this shot. Winter railroading at its finest! 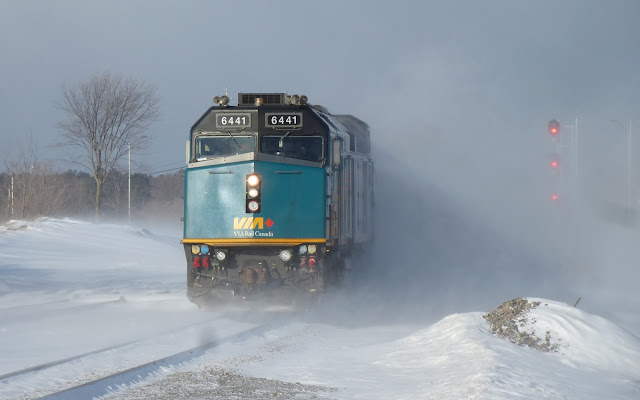 As Train 55 got closer, the dramatic combination of strong winds, snow and a steadily moving train combined for some interesting and dynamic shots. This shot was one a few I caught before I was swept up by a snow shower.

Now compare these shots with one I took last June. This is the beauty of photography in Canada. The four seasons can allow you to take a photo from the same spot many times and you will rarely get the same shot. 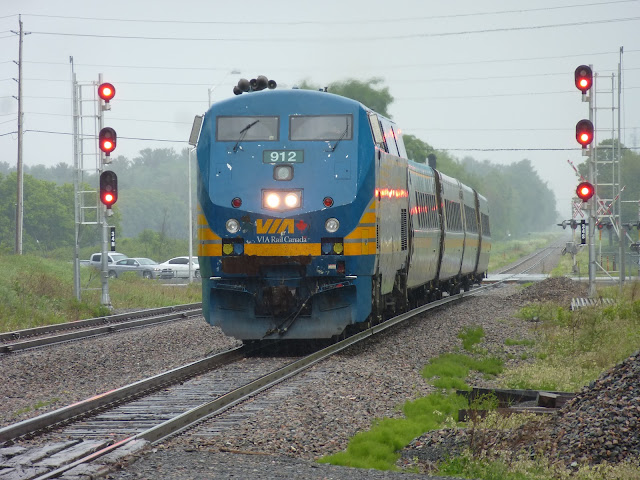 This next shot might be my favourite. The shot gives you the illusion that this train is flying, when in fact it was creeping into the station. The snow and the wind suggest otherwise. 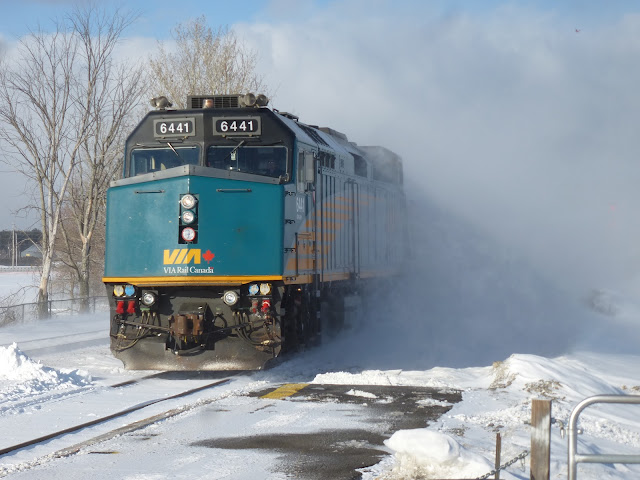 I like that you can't even see the Business Class car. Sadly, none of the LRC cars were Canada 150 cars, which was disappointing. In fact, none of the cars were even repainted at all. They were all in their original LRC paint scheme. This train was a real throwback.

One final going away shot from the other side of the station. The lighting wasn't great but I was going for something different, so I wasn't looking for perfection anyway. 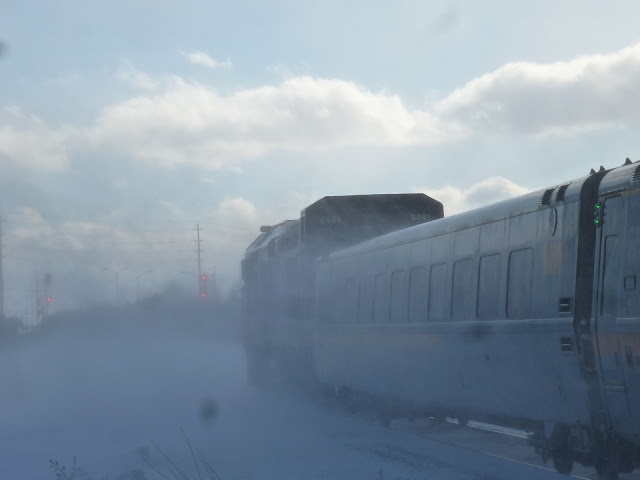 This gives you an idea of what it's like to get caught in the wake of a train on a winter day. So even though I didn't get what I set out to capture, I did take care of some seasonal business.
Posted by Michael at Monday, March 06, 2017

I love those approach shots of 6441 - EXCELLENT! They really capture the swirling snow and a feeling of speed.

Mother Nature put on quite a show. It was an unexpected bonus for me.

Nice shots, Michael! Hopefully it will not be CANADA 151 before you see one!