While in Toronto, I was able to spend a few minutes at Roundhouse Park, a neat railway display at the old Canadian Pacific John Street roundhouse directly across from the baseball stadium. You can read more about this attraction in Toronto Part II, in the above link.

While at Roundhouse Park, I took photos of just about everything that was out on display, but I didn't include this photo in the post. I think it was because I didn't know what to make of this old engine. 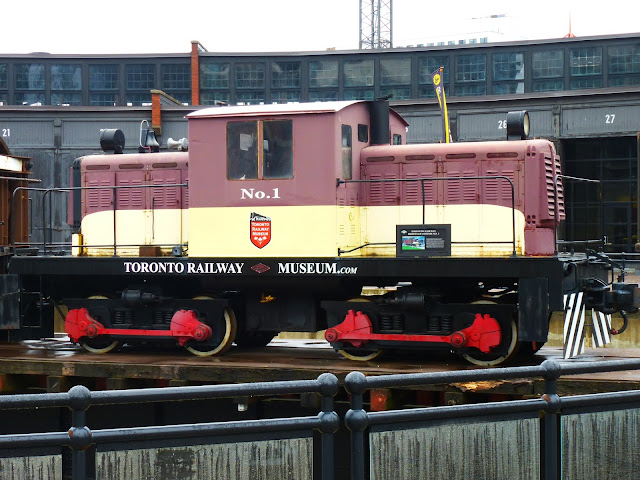 When I arrived at the park, this switch engine was on the old roundtable. It had a quasi-TH&B paint scheme. Of course, the type of engine with cabs in the middle were rare in North America, when compared to Europe. But there were a few centre cab models that were rolled out on various railway operations that looked like this unit.

This little locomotive is a 50-tonne Whitcomb diesel electric centre-cab switcher, built in 1950 at the Canadian Locomotive Company in Kingston. The unit was used at a quarry in the Toronto area until the late 1970s when it was sold to another aggregate company, where it performed similar industrial switching functions. In 1994, it was sold off to a heritage railway in the Toronto area for work train duties before seeing action on another heritage railway in Prince Edward County a few years later.

It was acquired by the Toronto museum in 2007, because there was a need for a compact switch engine to perform switching duties around the roundhouse. As I read up on this unit, I discovered that the museum purposely painted the unit in TH&B colours to complement the museum's TH&B caboose, seen below. 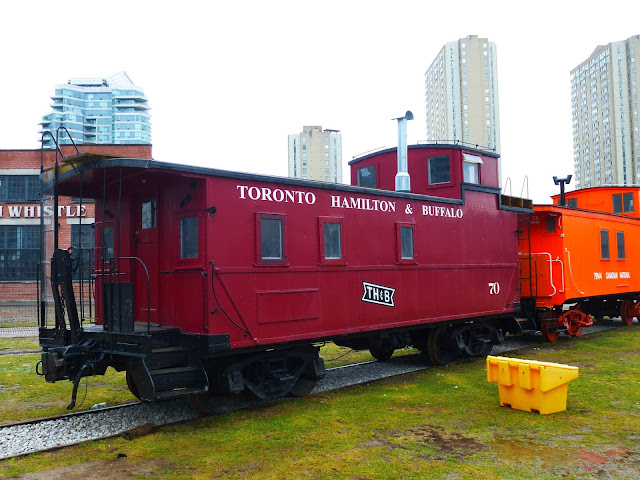 It turns out, that strange little engine, which didn't seem to fit into my original post about this museum, has had an interesting history. And its story in ongoing as it soldiers on, still doing what it does best.