I recently made it back to Bedell, Ont. on the Canadian Pacific Railway's Winchester Subdivision. When I arrived in Kemptville, I passed over the old remnants of the North Prescott Spur, formerly the Prescott Subdivision. The North Grenville government has made major strides in converting that portion of the old subdivision into a recreational trail. Most parts of the trail looked like this, with signs warning of herbicides being used to clear the trail's right-of-way of weeds. I like the fact that a sign was put in place to show anyone on the trail what is coming up. The shot below shows you the the old Prescott Sub right after it branched off the Winchester Sub at Bedell. This is a section of trail just north of Bedell Road. 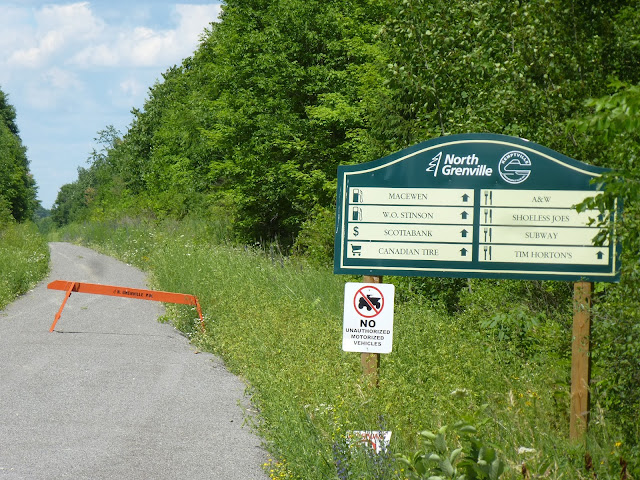 This is what the same stretch looked like in the summer of 2014 from the other side of Bedell Road. The rails were in the process of being pulled when I arrived at the scene. Shortly after I was there, a reader from Kemptville told me that the remaining rails were taken up by the end of that summer. 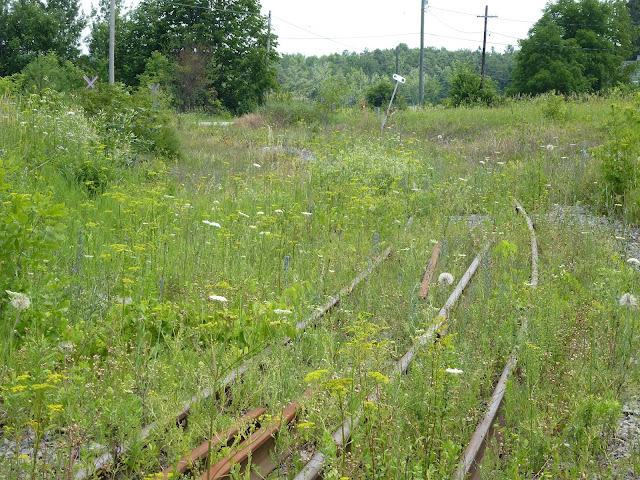 Here's what remains of the old Harvex spur in Kemptville. As you can see (or not see), the old roadbed is grown over with weeds as the old fertilizer facility has remained vacant since the last time I shot photos here. The same Kemptville reader mentioned that Harvex's fertilizer facility moved to Oxford Station, along the CP South Prescott Spur. The other local customer in Kemptville was Highland Lumber, which was located just beyond the old Harvex facilities on Van Buren Road. 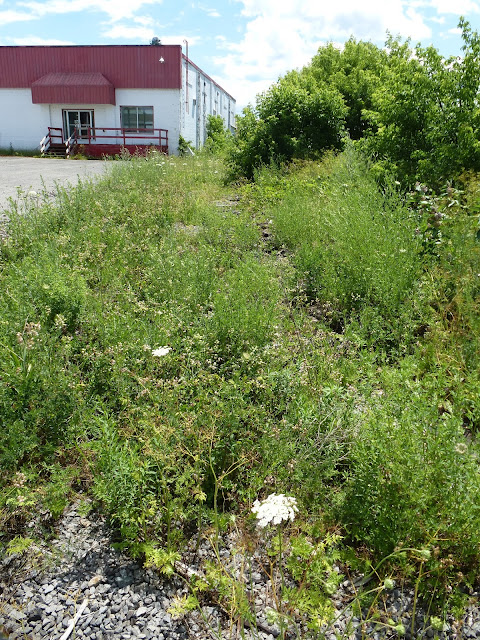 This is what the scene looked like 2014 when I shot the last remnants of this spur. The main roadbed is now a well maintained trail that looks to be just about ready for regular use. This part of the trail has also recently been sprayed with herbicides to keep the right-of-way clear. The Harvex spur, of course, is all but buried in weeds now. In 2014, you can see the weeds were already beginning to take over. 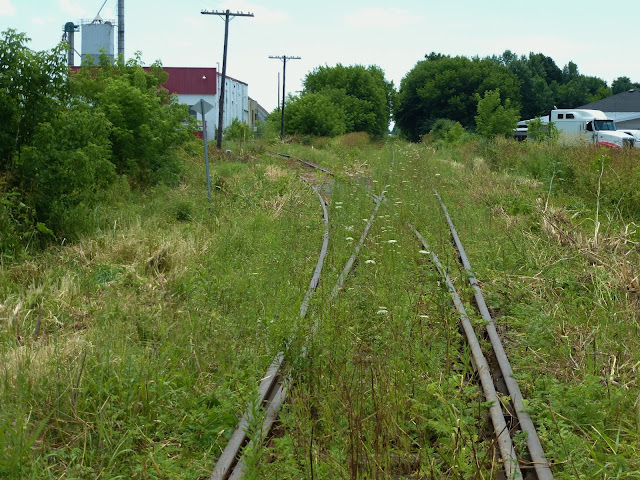 Here's a 2014 shot of a westbound CP mixed freight passing by milepost 104.3 right where the old North Prescott Spur branched off from the main line (you can see it on the left). This area is now fenced off and off limits to photographers. I managed to get this shot from well behind where the fence now sits, thanks to some creative use of the camera's zoom function. 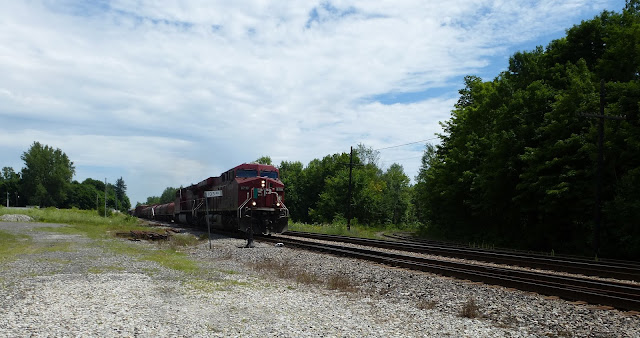 All of this was all a prelude to some railfanning, of course. I have recently been told that the frequency of trains on the Winchester Sub is not what it once was, so catching trains of this stretch of track is not as easy as it once was. But I hung around long enough to see a fast-moving tank train. More on this next week. Here's a preview. 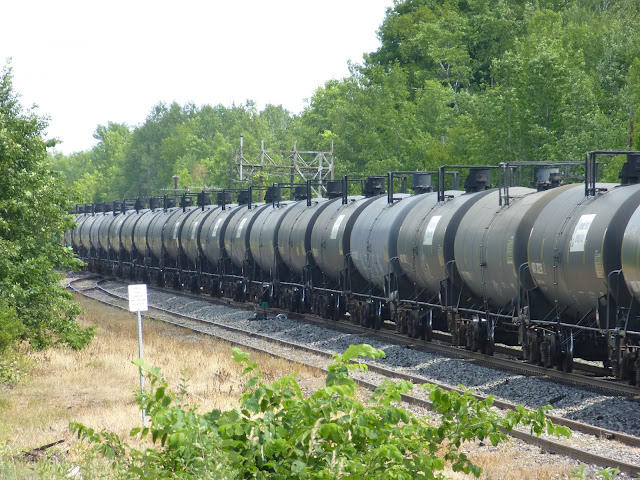 You can read my 2014 three-part series on Kemptville, the old Prescott Subdivision and Bedell, Ont. by clicking Bedell Part I, Part II or Part III.
Posted by Michael at Thursday, July 28, 2016

Just to let you know that the last piece of equipment that I saw pass over this section of line before the track was taken up was a Rail Rod 2 making its way hrough Kemptville to the Winchester Sub....it was very cool