On a recent trip to visit family in the Sarnia area, I was able to get away for a few minutes to see if there was anything going on in the rail yard. It was very quiet when I arrived there. Most of the engines near the old roundhouse were idling, still waiting for the day's work ahead. I did manage to spot something odd among the diesels. That switcher back there is Nova SW1500 2450. You will recall that, earlier this year, I snapped a few shots of the Nova Corunna refinery near Corunna where this diesel was parked. You can read about that operation in this post. 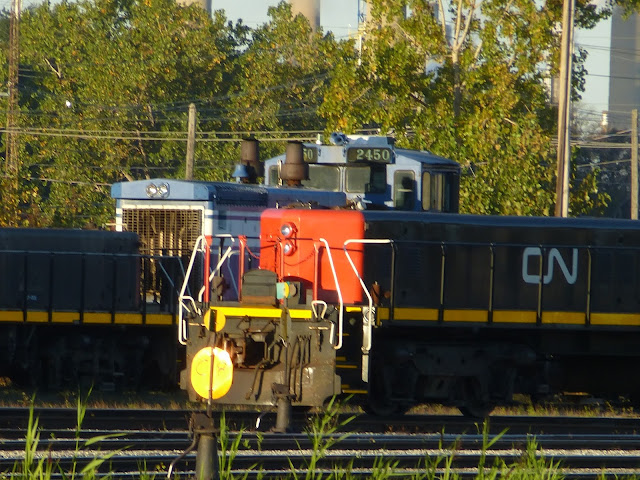 Here's a wider shot of the yard diesels idling, including a few slugs and an old geep in the safety scheme. 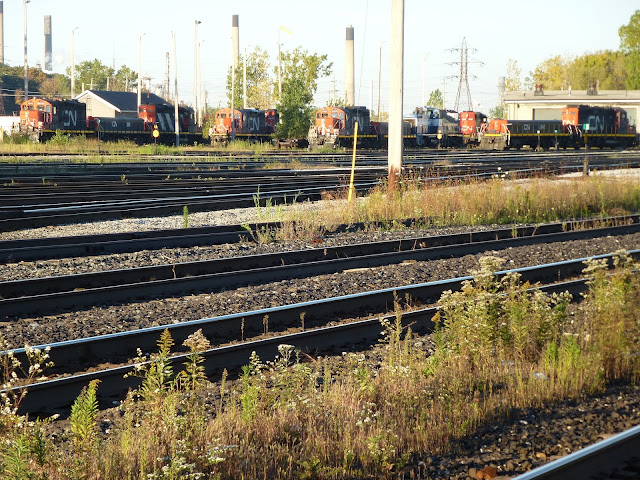 While we're on the topic of Nova, I did notice when I was passing by the Corunna plant that the railway there is now operating with two units, including a very similar SW model switcher, likely a sister unit to 2450. The railway also appears to have a genset like the one below operating again. I'm not sure if it's the same unit as this one, shot several years ago. I was driving by quickly and could only steal a glance. 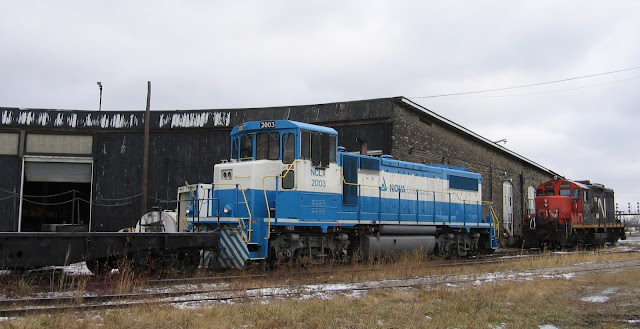 I didn't venture off the old station platform on my trip to the yard, since I was tight for time. I did notice that one crew was already assembling a train on the east side of the Indian Road overpass, as it shunted autoracks into place. I was not able to catch this train as it made its way west to the tunnel, since my time had run out. 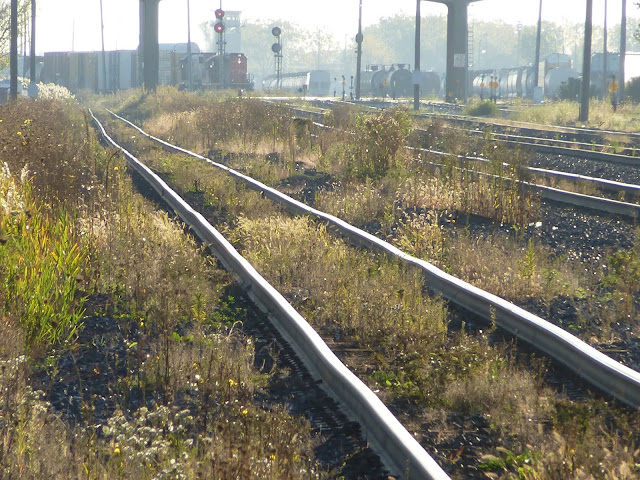 Here's another shot of the train being assembled, framed by a line of tank cars and a buffer car at the front of what will likely be a petroleum train headed somewhere east. 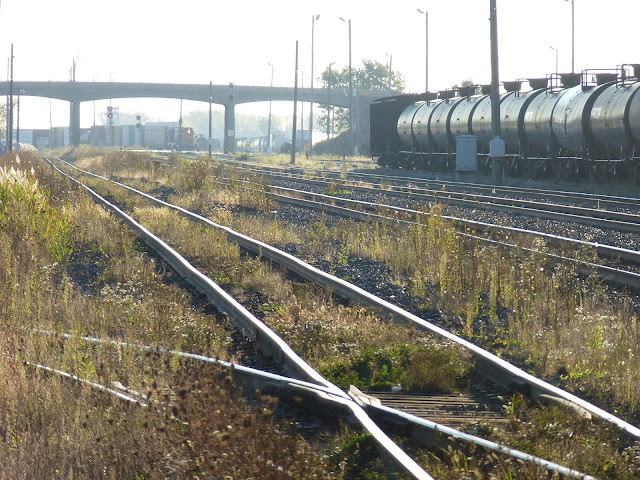 All in all, it was a quiet and disappointing morning. But for me, something is better than nothing. I have not been able to venture out in Ottawa for any train watching in a while. Such is life sometimes. ﻿
Posted by Michael at Friday, November 27, 2015

Thanks for sharing these 'on the road to' posts, Michael. Always something interesting brewing in these posts!
Eric

Thanks for the comment, Eric. Sometimes, when you don't have much to work with, you have to dig a little deeper in these posts. I appreciate the feedback.

I would like to echo what Eric mentioned - gives you a real reason to keep your eyes open and to plan to check out prospective sites when on the road.

As for Ottawa, you haven't missed much. Got out to the hospital side of the 416 bridge today for 3:45. Stayed until a little after 4 and left with wet shoes, a note to self to leave binoculars in the car and general disappointment.