As I eluded to in this post, I recently took up the challenge of trying to catch up with the Arnprior local, CN 589, on a fairly recent Wednesday morning near Bells Corners. But as I mentioned, the train did now show in the usual timeframe, which is in itself a dubious claim. On the whole, the train usually makes its way through Bells Corners between 8 a.m. and 9 a.m. So, for two straight Wednesday mornings, I ventured out to the crossing where the Trans-Canada Trail meets the Beachburg Sub near Corkstown Road. Both mornings, the train didn't show, much to my frustration. You will recall that back in May, I caught the train at this spot right around 8:40 a.m.

To make matters worse, as my wife and I were driving home from an errand on the first Wednesday of my chase, we saw the Arnprior local crossing under the Queensway at about 3:20 p.m. I had planned to head out after I dropped my wife off at home to maybe catch the train returning to Walkley Yard from Nylene Canada.

Well, next week, I headed out again in the morning and had the same problem. I was about to just concede defeat when I was on my way to pick up my daughter from daycare. I decided to head out a little early, since my five-month-old daughter was cranky and needed to sleep, so I figured it was just easier to take her  for a drive (as a parent, I do not recommend this method of sleep training, but some days, you just have to do it!).

Anyway, as I was driving around, I decided to head down Corkstown Road and wait by the crossing, since I had time to kill. I figured it was worth a shot. Well, it just goes to show you that persistence and luck pays off. 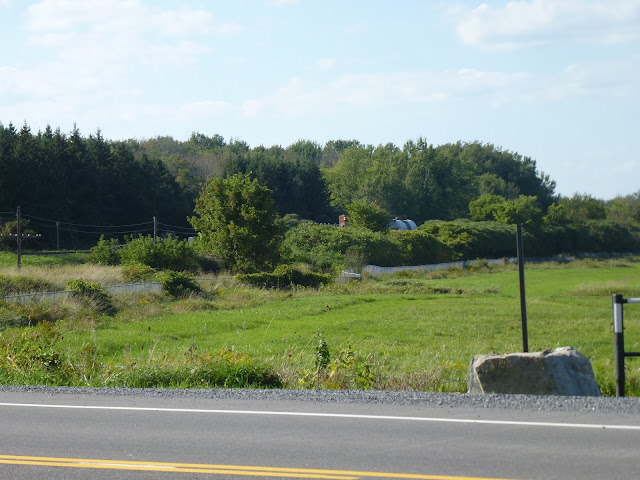 The Arnprior local was making its way slowly down the Beachburg Sub, just southeast of  the former Nepean Junction, with two empty tank cars in tow. I had my car parked on the shadow side of the train, since there was no safe option on the other side of the crossing where I could park my car and still have this vantage point. My goal was to get a wide shot of the train instead of a wedge shot.

There was a lot of retouching that I had to do in order to get these photos looking reasonable. Yes, that is CN 4771 pulling the two tank cars. This is the same hideous unit that I saw at Walkley Yard a few weeks before I took this shot.

What's even funnier is that, as ugly as this unit is, seeing it long hood forward only makes it look worse. The shot I showed from Walkley Yard showed 4771 from the front (You can see it in this post). The long hood looks awful! And someone left a broom on the outside of the unit. Sloppy.

Here's a shot, above, that is heavily retouched and less obstructed by the poles. I would love to shoot a train along this stretch when the lighting is more favourable to my position. So much greenery to take in.

Here's a final shot of 589 crossing Corkstown Road before it makes it way beneath the Queensway and southeast toward Bells Corners. And that is my story about my third meeting with the ghost train of the Beachburg Subdivision. Hope you enjoyed it.﻿
Posted by Michael at Thursday, October 29, 2015

Persistent pays off since there is such a narrow (and some what random) window that you can view this train. Do you know if they've made any progress replacing the ties on this line?

If you look just west of the Moodie Drive overpass, there is a large pile of ties beside the track. I have not been out to shoot trains in weeks, so I'm not sure what is going on at the moment. Thanks for the comment.

Interesting reference in this post: "sleep-training". What I ended up doing yesterday aboard VIA No 651 which leaves Kingston station at the extremely dark hour of 0532!
Eric

Hi just recently view this site for the first time, and was amazed there was talk about the lone train that goes throw Bells Corners. I myself am interested in trains and wish I could see more of them in Ottawa. What are the future plans for the train route for Walkley and Arnprior?

Don't discount sleep training by car! Being able to snooze in the car is a useful skill later in life.

The broom being placed in the rungs of the ladder is not sloppy at all. That's the normal place that switch brooms are left as it allows easy access to said broom, especially in the winter. Pay attention to locomotives, especially switchers, in the winter and I guarantee you see quite a few brooms stuffed in the ladder rungs.

Thanks for your comments Steve, Eric et al. To answer the question regarding the line out to Arnprior, nothing is planned other than CN's weekly service out to Nylene but there are some ideas for those tracks (advocates of commuter rail think there's potential there).

Monday Morning I waited on Conroy for a good hour waiting for it to go down to Robertson. Man it was cold.