So, here's another mystery to present to the experts out there. I've come across this locomotive several times at the Lambton Diesel roundhouse in Sarnia, Ont. I was looking at it more closely the other day when I realized I didn't know much about it. It has an odd paint job.

Here's a shot of the switcher, hiding behind a collection of spare axles and parts, taken October 2013. The unit is obviously near the end of the line. At first glance, you can see that it is a General Motors SW model. You can make out the GM logo and the Electro-Motive logo on the cab, not to mention the Canadian Auto Workers logo to the side. The locomotive carries the No. 1. And then there's the inscription on the bottom of the hood. 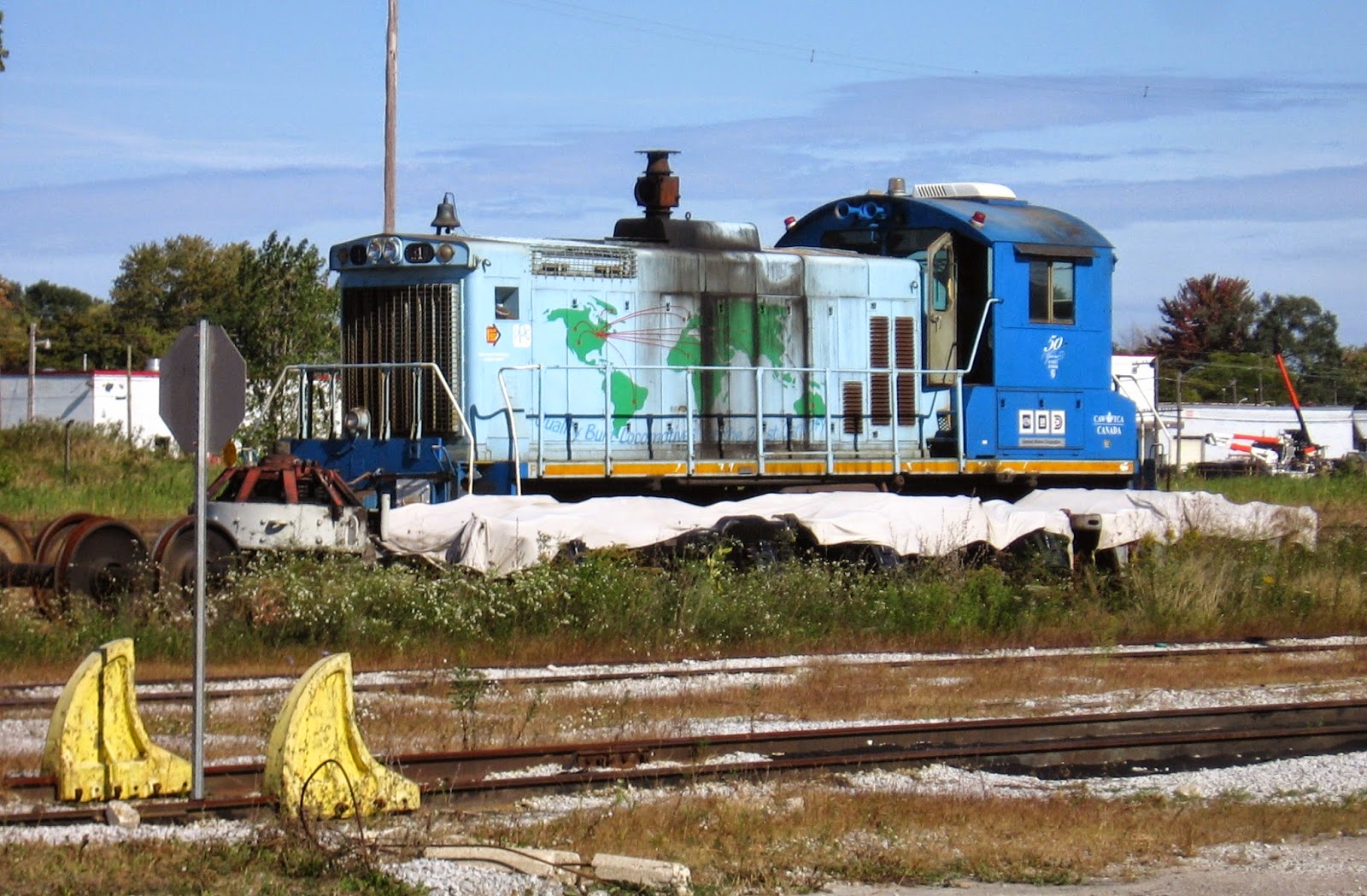 The mystery engine parked near the roundhouse in Sarnia. Check out the shark fins!

Here's a more recent shot of the switcher, sandwiched in between the old Nova Chemicals 2003 genset locomotive and CN 7516, which is being used for parts. Not much to learn from this photo, which was taken by my brother this past November. 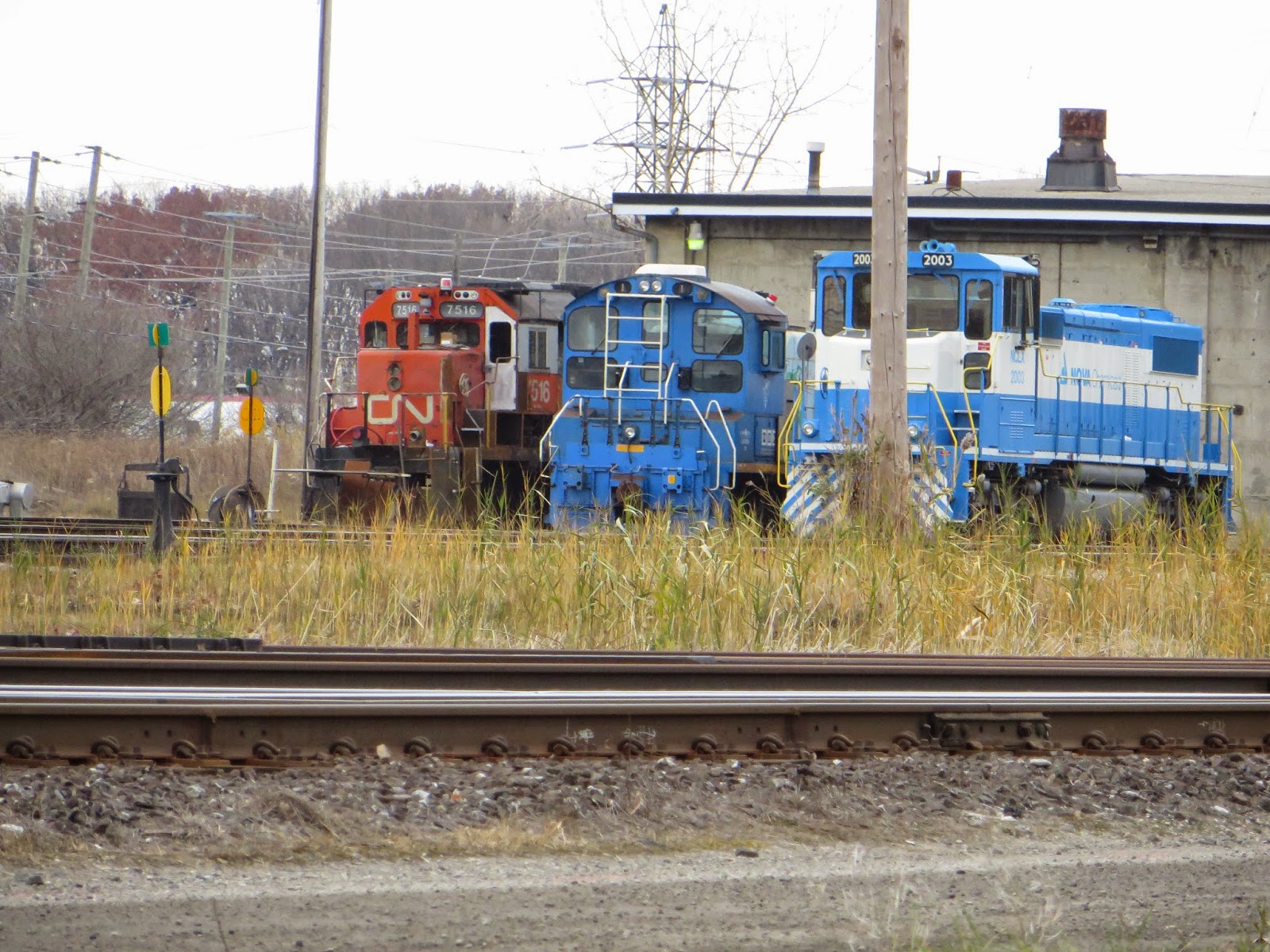 Last December 22, I made my annual visit to the Sarnia area and took some time to snap a few shots around Sarnia Yard. I was lucky enough to have a clear vantage of the engine from an access road near the old CN roundhouse. You can clearly make out the inscription on the hood, which reads "Quality Built Locomotives for the 21st Century." That suggests to me that this was the old switcher that was used at the old GM Diesel plan in London, Ont. That plant, as most rail enthusiasts know, was closed in 2013. Another curious feature on this engine is the style of trucks. They look much older than the trucks I've seen on SW1200s. 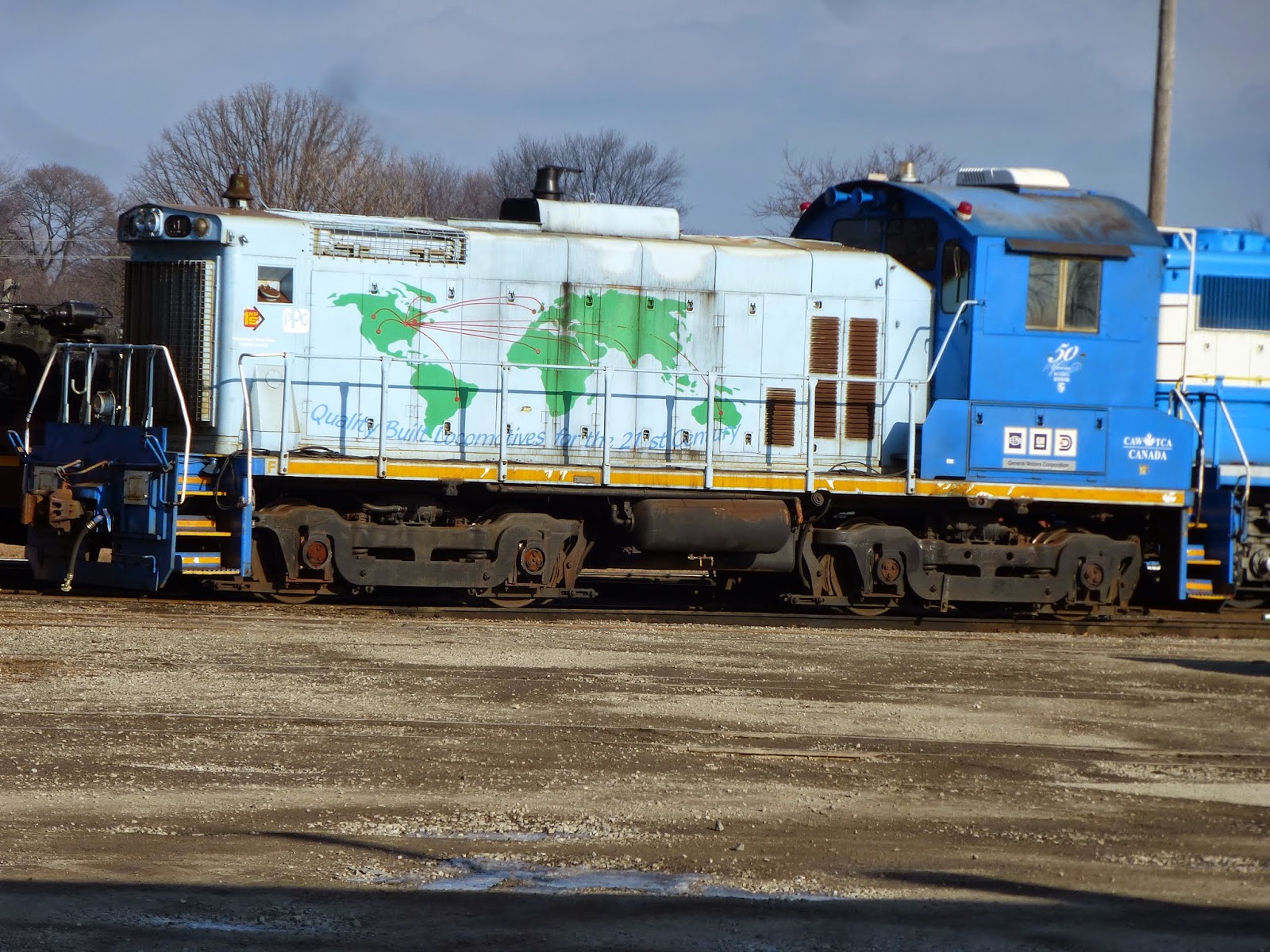 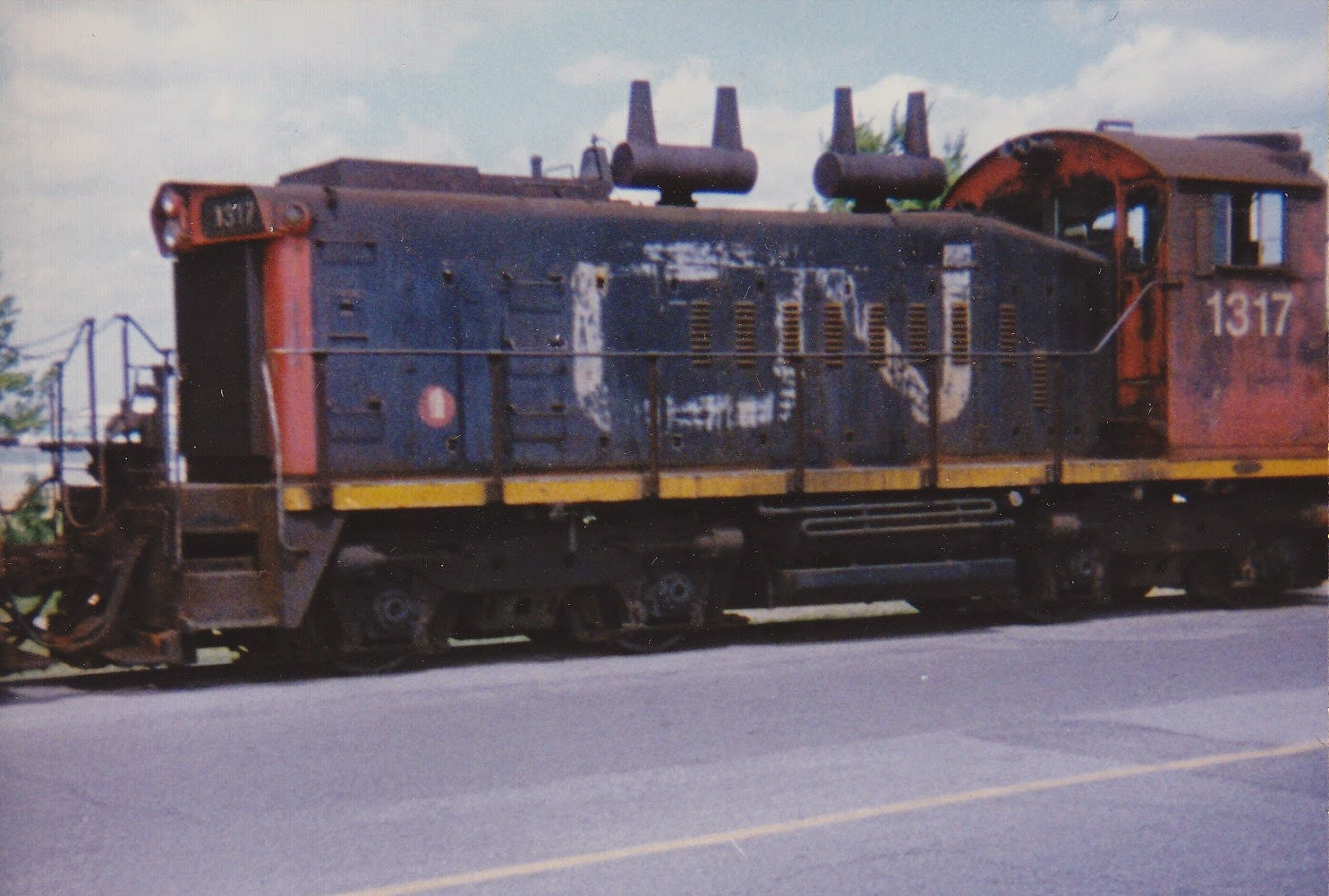 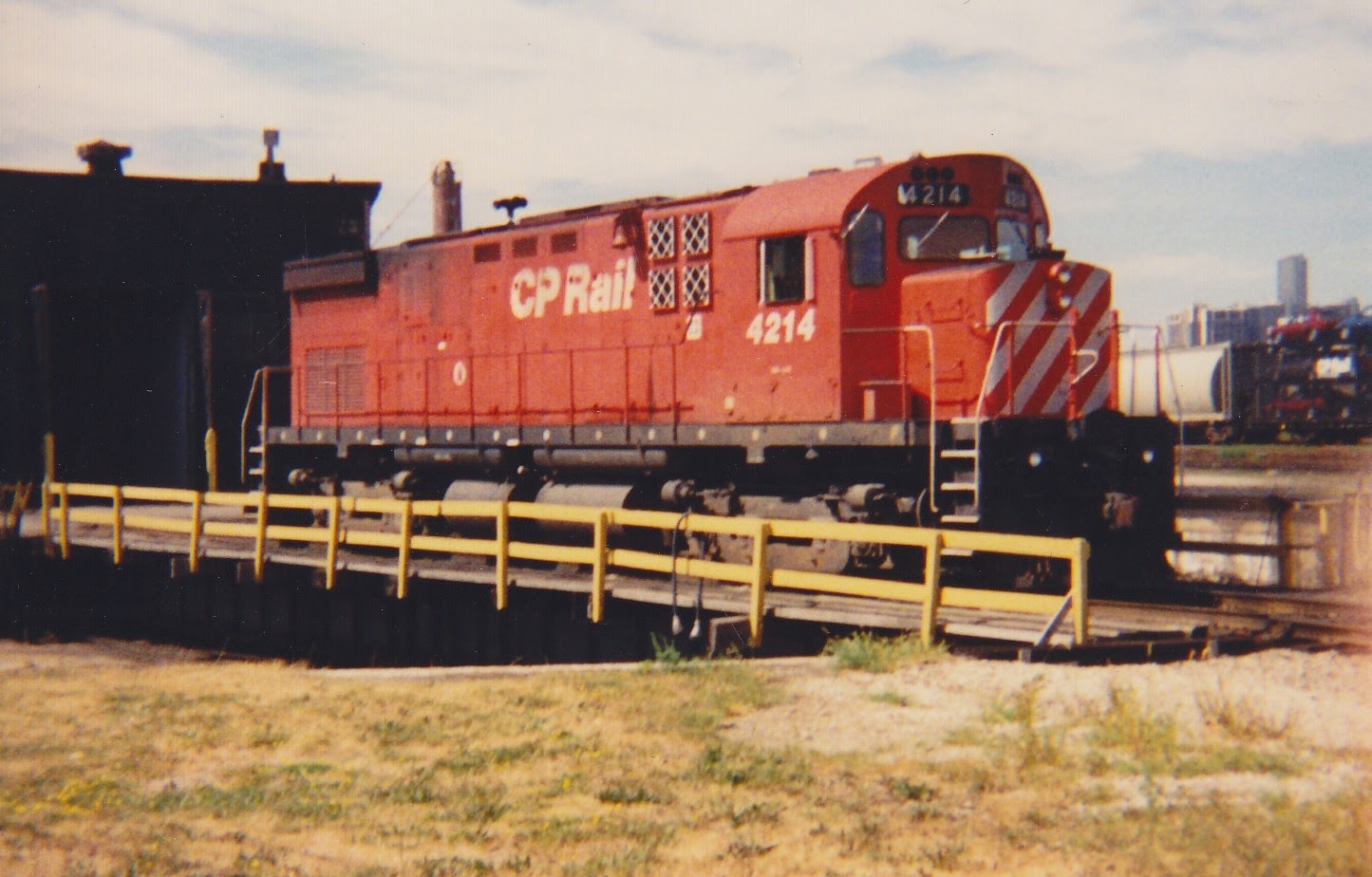 On Aug. 18 last year, I noticed that the trucks resemble some of these trucks that were lying around in front of Lambton Diesel switcher 0176. Does this mean that the old GM Diesel unit has modified trucks or were the trucks replaced? Are they simply just an older model used on early GM diesels? My guess is they are simpler an older model of trucks. 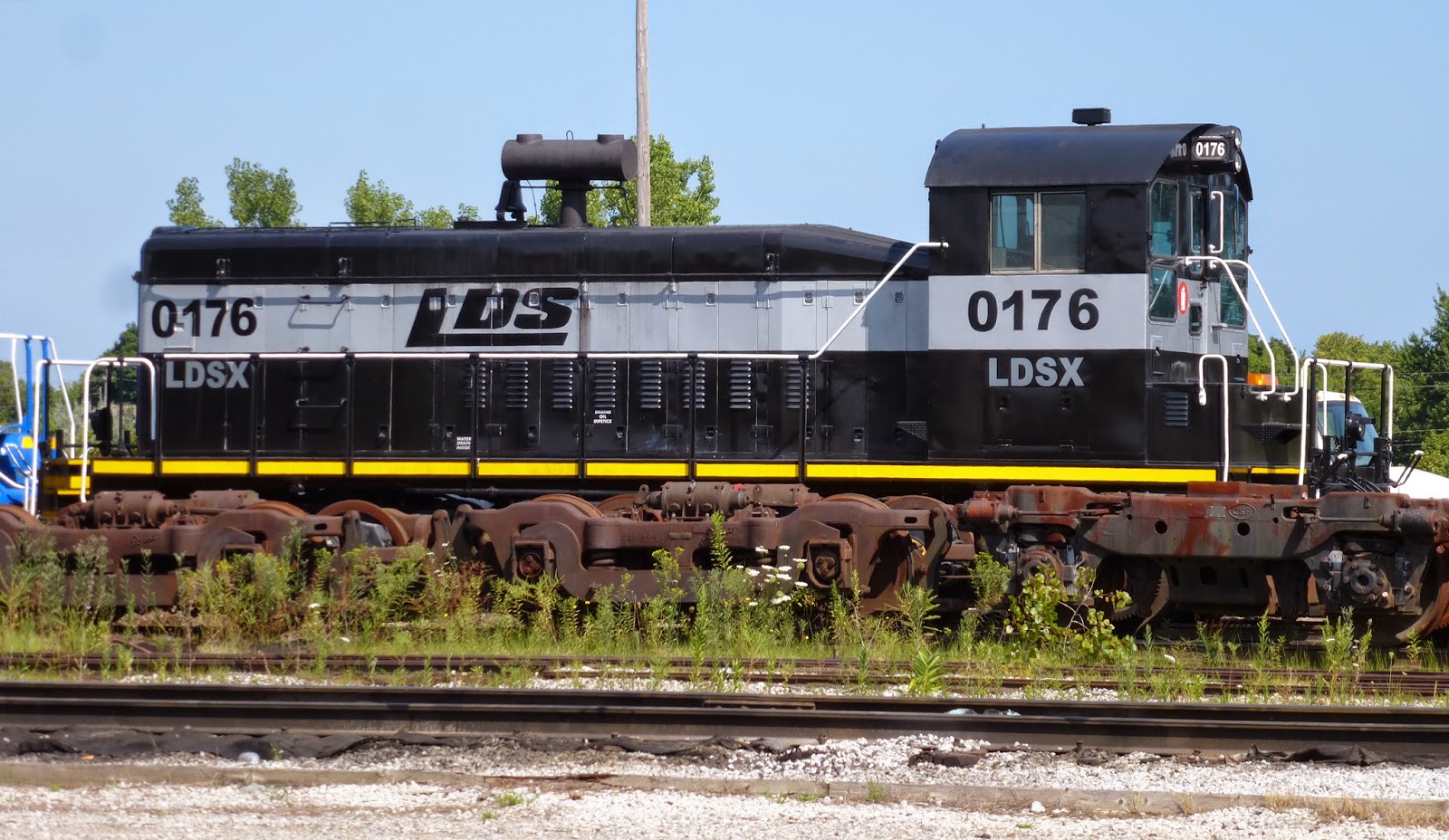 In many ways, the unit looks very similar to an SW1200, but a few of the features, including its trucks, modified smoke stack, hood vents, fuel tank, and sharp slant between the hood and the cab make me think it's an earlier model. Anyone have an idea what model this engine is and where it's from? I'm sure someone with an old Trackside guide can help.
Read about my first railway mystery here.
﻿

I believe those are AAR type A switcher trucks, not the EMD Flexicoil trucks you might see elsewhere. I could be wrong. See here for a comparison.

I'm pretty sure that's an EMD SW1001. This shows the spotting features between a 1000 and a 1001. The 1001 has the pilot continuing above the deck, and the handrails are a different height.

Only 230 were produced, according to Wikipedia.

Great information. Thanks Steve. I need to get a Trackside Guide one of these days.

If the mailing fee wasn't so expensive, I'd send you one of my older ones. :)

The trackside guide is a great thing to own, I'd highly recommend it. I just wish it was in electronic format so that i could bring it with me more easily since the book has a decent heft to it.