Ottawans have always had a certain amount of antipathy for the National Capital Commission, but it wasn't until recently that I began to understand how deep this antagonism seems to run through the capital. I was on a treasure hunt last week, hunting for old photos in the newly redesigned Library and Archives Canada online photo archive as well as the City of Ottawa's historic photo gallery. This search led me down some interesting alleys and left me with a different impression of the city.

Most notably, I came away with the impression that, despite efforts to bury Ottawa's railway history, longtime residents have continued to embrace the city's railway past.

The photo below is part of the City of Ottawa's online archives. CP F-unit 1428 leads a 1958 royal train carrying Princess Margaret in 1958. The train is set out in the former train yard behind Ottawa's downtown Union Station, along the Rideau Canal. The building, which still stands, remains a subject of fascination for Ottawa residents, not to mention a source of frustration. 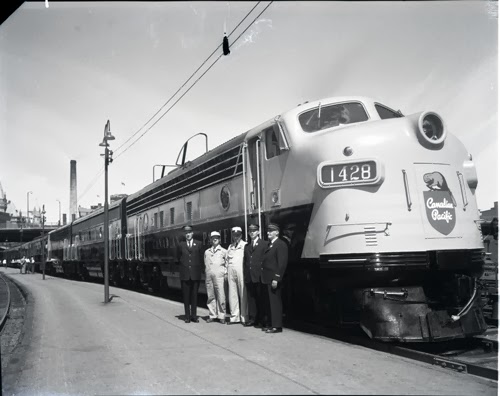 Readers of this blog know the story of Ottawa's Union Station and its demise as a rail station in 1966, due to a decision by the National Capital Commission to lift rails from central Ottawa. The photo below shows the station in its heyday (photo is from the Canadian Museum of Science and Technology), as a focal point in Ottawa's core. It seems strange today that a city like Ottawa would have this gem of a station in its core, which is off limits to the public and used strictly for government conferences. The building is officially known as the Government Conference Centre, but as I learned searching through some Facebook pages and other historical discussion groups, people who know Ottawa's history loathe the official name of this building and still call it Union Station. They also resent the fact that the government took off the dome atop this building to make way for a penthouse level of offices. This added level really seems out of place on the building. 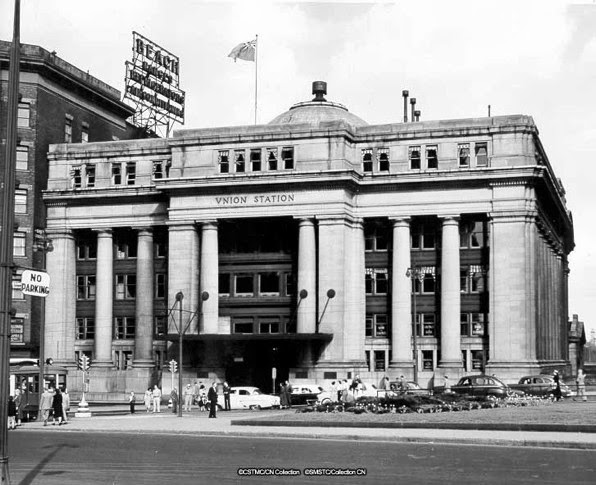 I also noticed quite a few comments in the discussion groups that question the decision to remove the passenger service to the core. Clearly, these people are my kind of people! Although, I do have to say that having a triple track next to Majors Hill Park, across from the Bytown Locks (lower left) and Parliament Hill is a bit of overkill, especially today. This undated photo below shows the approach to the Alexandra Bridge, which is now a main artery for cars. 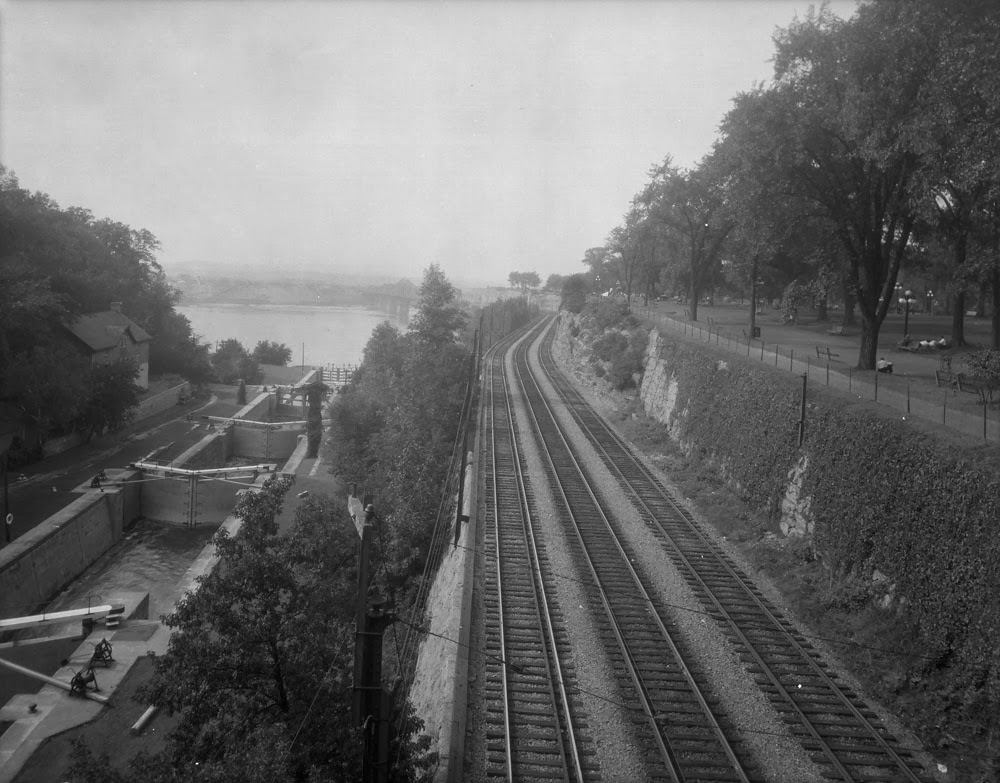 The great tragedy of the downtown train station seems to be the continuing efforts by the federal government to keep this building off limits to locals and to downplay its magnificent history. Anyone who has walked around this building will only find a tiny hint of its past in the form of a small plaque overlooking the canal. Try as we might, we can't escape the fact that Ottawa was once a very different city that had a more pronounced industrial character.

The shot (below), which seems fitting this week, shows how the Rideau Canal was used as a snow dump for the downtown rail yards. The shot below is an undated shot from the national archives, but it's a safe bet that it was taken in the 1930s-40s, judging by the vintage of the passenger coaches and wooden boxcars (to the right). This yard is now part of a scenic parkway called Colonel By Drive. The lands to the right are part of a mini expressway and bus route called Nicholas Street, which basically empties traffic off of Highway 417 (The Queensway to locals) into the core. Beyond Nicholas, you will find the University of Ottawa campus. I personally believe having this expressway to and from a 400 series highway in not much of an improvement.

One of the unintended consequences of pulling up the rails from Ottawa's core was the stress it placed on downtown roads and the interprovincial bridges. This decision contributed to an inundation of truck traffic on key downtown streets, like Rideau Street. This has been a longstanding problem for the city, with no relief in site. 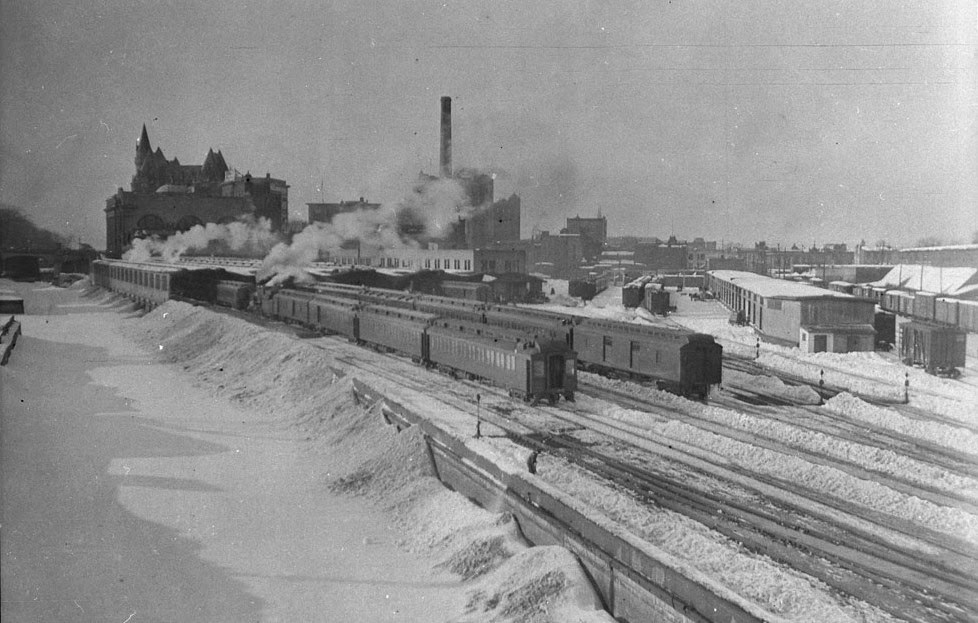 One of the funnier discussions I came across concerned some promotional literature for Ottawa's current train station, which was opened in 1966. The building won architecture awards and it really is an interesting structure, to give it its due. However, I found it funny that some effort was made in 1966 to dub this station as Ottawa's new "Union Station," as it served both CP and CN. From the discussion boards I read, I gather that this attempt at branding was a dismal failure. The name never caught on. Today, most people know of only one Union Station in Ottawa and it's not here. And what is Ottawa's train station known as exactly? Some names list it as the Central Railway Station, but the station isn't exactly central, so that name is also dubious. Most just call it the train station. 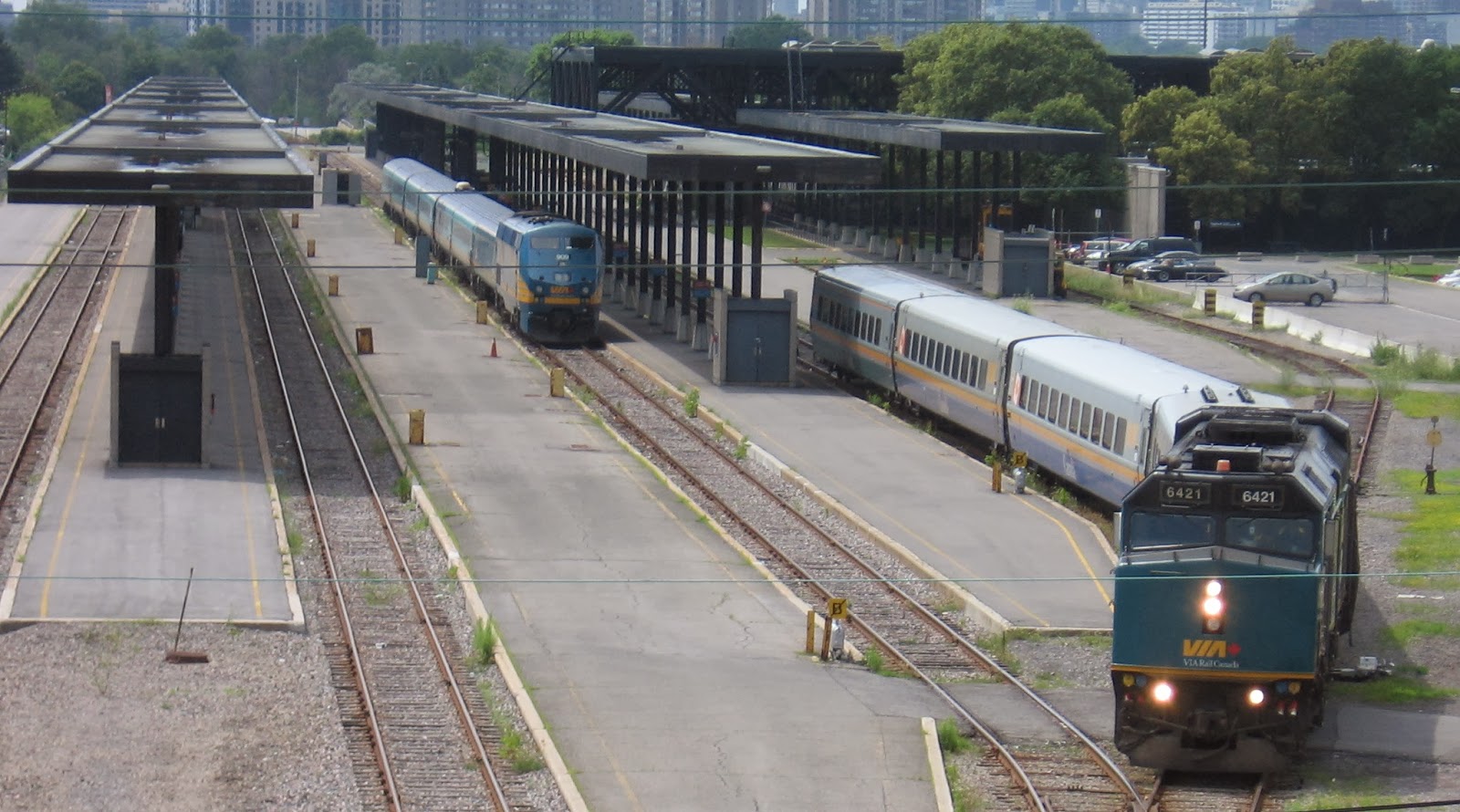 One thing is certain. Those who know Ottawa know this will always be the Union Station. 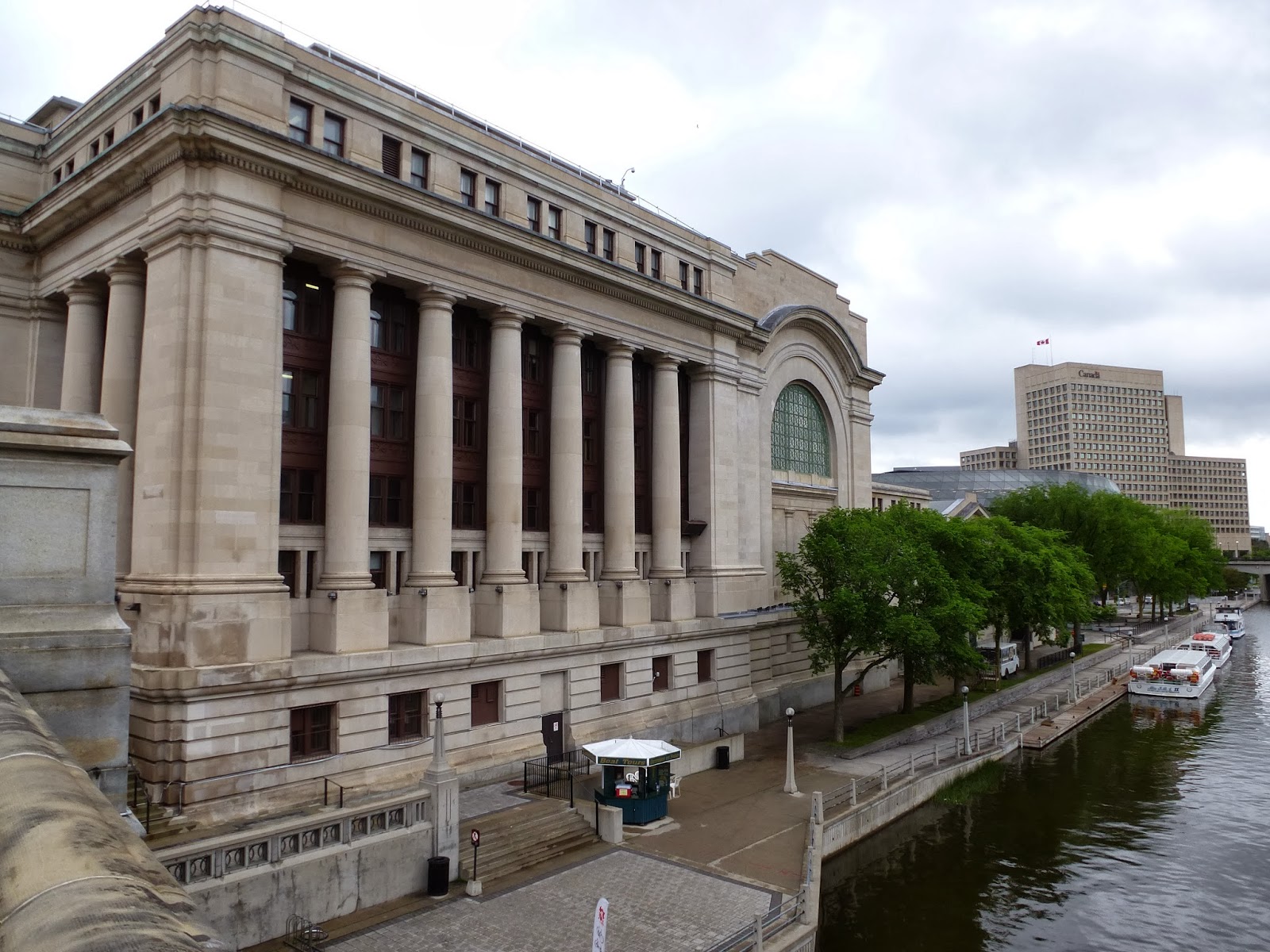 I find it interesting that, despite the best efforts of the NCC and federal officials to gloss over a piece of Ottawa's history, local residents have refused to buy into it. Like I said, these are my people.

Programming note: The Beachburg Sub will be taking a short break on a passing siding as I will be on vacation for the next few weeks. Expect some southern railroading content to come!
Posted by Michael at Thursday, March 13, 2014

Good post. Having grown up in Ottawa, I find it amazing how little about this part of its history I knew, or is talked about. I had no idea that the pathways along the Canal used to be rail lines until your blog. Similarly for parts of the Ottawa River Parkway (renamed now, I guess...). That might make an interesting future blog post, if you're up for it. I can only just remember the CP rails south of the city used to cross Hwy 16, and the CN rails that went west through Stittsville, and I guess the Beachburg Sub is basically now gone. Such is life in a government city with very little remaining industrial base. On the other hand, we can probably thank this for at least keeping VIA alive in the area to the extent they do.

The whole idea of 'gentrification', replacing the gritty, grimy, disgustingly polluted but highly purposeful-in-their-day downtown rail facilities seems to have swept North America. Then & now photos show a widespread effort to remove rail infrastructure from downtowns, pushing it to the outskirts or obliterating it.

Blame the car culture, governments, early-adopter NIMBYs and myriad causes. But that train has literally left the station. Might light rail be the only service allowed back in to downtowns? Seen as clean and non-polluting, it is still steel wheels on steel rails.

In Kingston, the former K&P line along the Cataraqui River is now a trail, and there are efforts to spruce it up and further gentrify the area.

Part of me wistfully and wishfully wishes that the tracks would return to this location and along the Rideau as well!

Thanks for sharing, have a great vacay Michael!
Eric

Just to reiterate what I've mentioned before. I don't think the changes that made Ottawa what it is today are bad. Many of the decisions were good moves. What I resent is the whitewashing of history, especially in this case.

Michael, you say in photo 3 out of 6 that three tracks is overkill. The reality is that the middle track is CPR, however the outer tracks are the Hull Electric Railway (streetcar) line. If you look carefully you should see the trolley posts and wires. There was a loop and terminus next to the Chateau Laurier at canal level and stairs up to Wellington/Rideau St. A fire at the Eddy factory at the north/Hull end in the late 40's damaged the Interprovincial Bridge and led to end of all HER service afterwards soon afterwards.

Thanks for you comments. To be clear, my statement about the triple tracks was meant to convey the notion that in a modern capital city with beautiful parks, a canal, stately Parliament building and such, it's a curious thing to see a triple track arrangement. I stand by my statement. It seems out of place, looking at it in a modern context. At the time, as you point out, it made sense.