As mentioned in Banff 1992 (Part I), I was lucky to catch a parked grain train on a summer evening at Banff Station. I was able to get shots of all three units at the head of the train from both sides, including this shot of the lead unit, SD40-2 5865 perched in front of Tunnel Mountain. Compared to the previous evening when I visited the station, this evening proved to be a success. 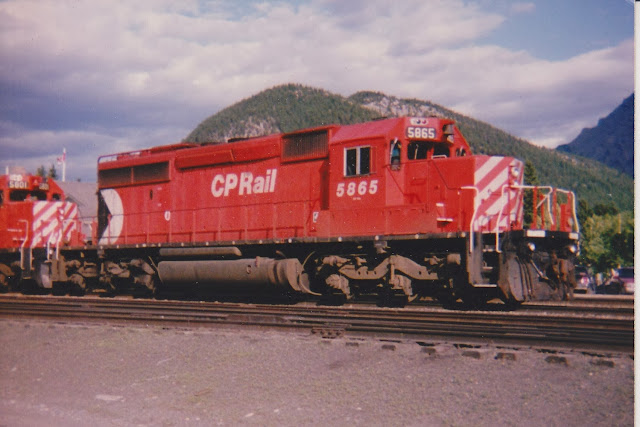 I was busy shooting everything I could, including this shot of the front of the train. I've said it many times in this blog, but I would not recommend ever doing this. I was blissfully ignorant of the dos and don'ts of rail photography etiquette as a teen. I love the shot below, but I shake my head at how I captured the shot. You can see Banff Station, with its handsome fieldstone trim, on the right and a freight shed on the left. 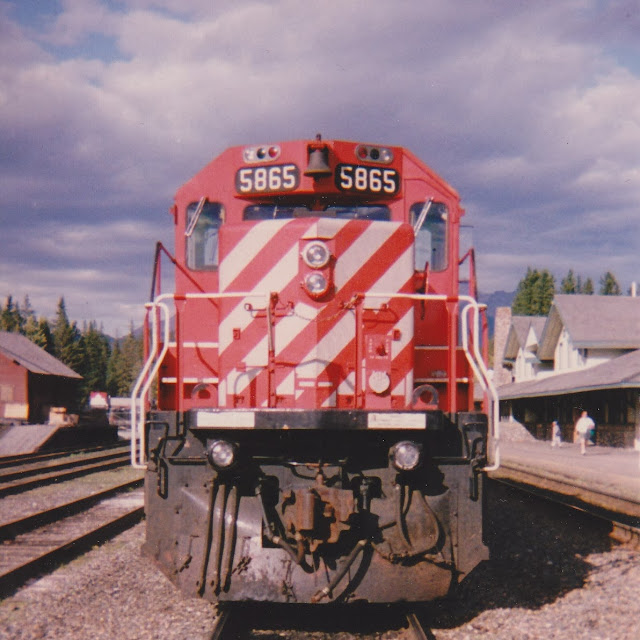 As I mentioned in the previous post, I was in for a great surprise that evening when the Rocky Mountaineer pulled into Banff Station, giving me the opportunity to capture shots of the famous tourist train. This shot, which I have shown in a previous post, is one of my favourite shots. It shows the train pulling into the station with an impressive backdrop and interesting evening light. You can see the fellow rainfans to the right. Read about my run-in with these folks in the link above. 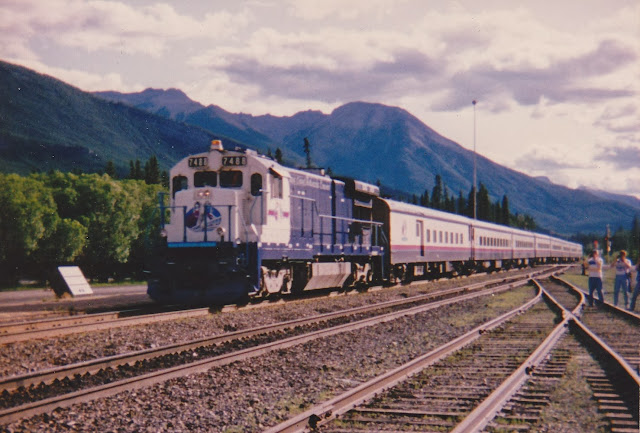 The evening sun was tricky to work with that night, which explains the curious whiteout effect near the front of B36-7 7488. I remember having to manually block sunlight from ruining this shot by using my baseball hat. During this trip, I saw a bear in the wild for the first time, hiked up Sulphur Mountain, I went to a Calgary Cannons double header and hiked the Paradise Valley. Still, this was one of the highlights of my trip out west. 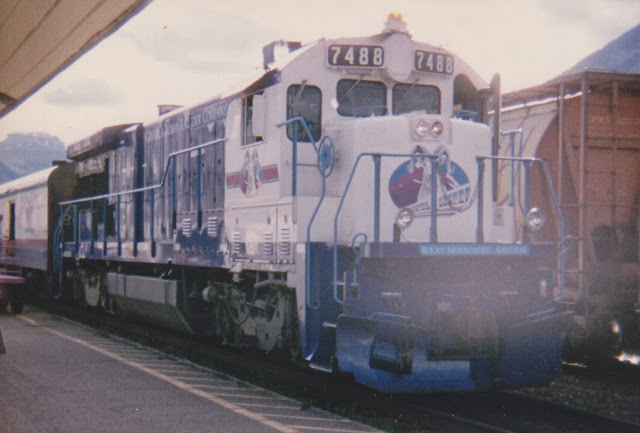 Nice post, Michael. Interestingly, ex-ATSF 7488 was on the first run of the Rocky Mountaineer under private ownership, then called Mountain Vistas Railcar Services, on May 27, 1990, the passengers riding in ex-VIA Dayniters.

You're right, Eric, that 7488 was an ex-ATSF. It's a rather odd locomotive to head up a passenger train, but that's just me being picky as a rail watcher. Thanks for your comments.