The tricky business of capturing the hidden Nova railway operation

Like it or not, plastics are vital to the global economy. Until we figure out how to properly recycle them all and keep them out of landfills, they will always be part of our lives. And someone has to make that plastic. This year in St. Clair Township, Nova Chemicals is investing $2.2 billion in a new polyethylene plant next to its existing plant, just east of Corunna on the Petrolia Line. This plant is crucial in the production of polyethelyne, which is the most common form of plastic in the world.

For those who like to watch railways in action, it means that Nova’s switching operations are likely to remain quite busy and quite possibly expand.

I’ve always been fascinated by this operation, which is partly visible from Highway 40, although it is not a great place to get photographs, since the rails are largely hidden behind a grassy berm. Also, the highway can be quite busy and the only place to get photos is on the overpass over the tracks that connect Nova’s railway to the CN St. Clair River Industrial Spur. Needless to say, there is no place to stop here.

Hoping for the best! This is a no-look shot. I left some of the highway guardrail in the shot. I was going pretty slow at this point.

My approach to getting any shots of this operation has always been the same. I only attempt a shot when I am sure the highway is not busy and there are no cars around mine. Next, I roll down the passenger window and slow down while keeping my eyes on the road. Finally, I point my camera in the general direction of the railway and hope for the best.

This summer, while visiting family in the area, I was passing by this operation when the conditions were right for a shot. The highway was empty in the middle of the day so I fired away and hoped for the best. Fortunately, I managed to get some interesting shots of this switching operation, which has a half diamond, what appears to be a genset locomotive and occasionally an on SW unit, although that old warhorse was nowhere to be seen when I was driving by.

Here’s a good shot of the genset switcher. 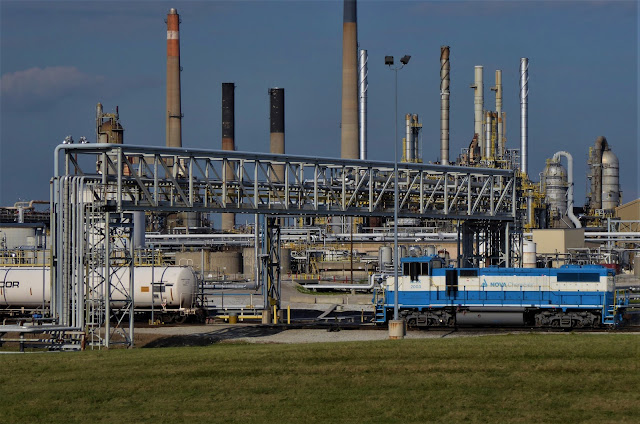 I did, however, manage to spot the SW unit later in the week as I was passing by CN’s Sarnia Yard, where I saw the old Nova switcher near the old roundhouse, where it was likely undergoing maintenance at the Lambton Diesel Specialists shop. I’ll save the rest of that adventure for another post. 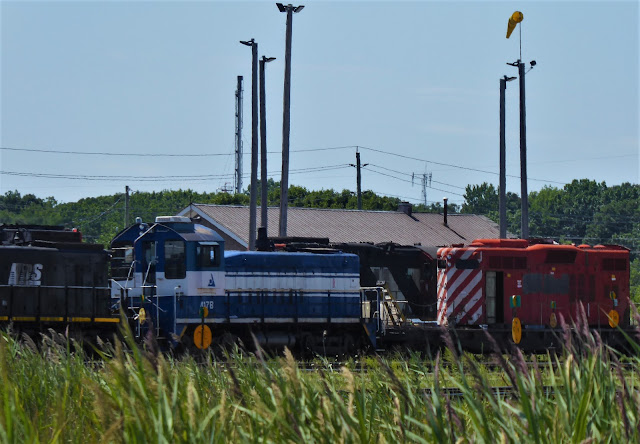 The Nova operation isn’t terribly flashy, as it’s exclusively the domain of the tank cars you see on trains anywhere in Canada and the United States. But the refinery in the background does make for some interesting shots you won’t just anywhere. 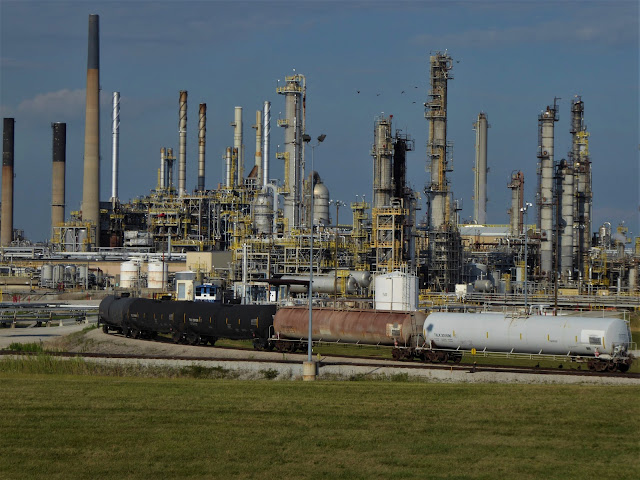 I’ve always been fascinated by this operation, ever since it used to host those old GATX Tank Train branded tank cars. In recent years, Nova Chemicals has been expanding a fair bit in the area, which bodes well for the CN industrial spur that connects Sarnia to the Terra Industries plant at the edge of the old Sombra Township. 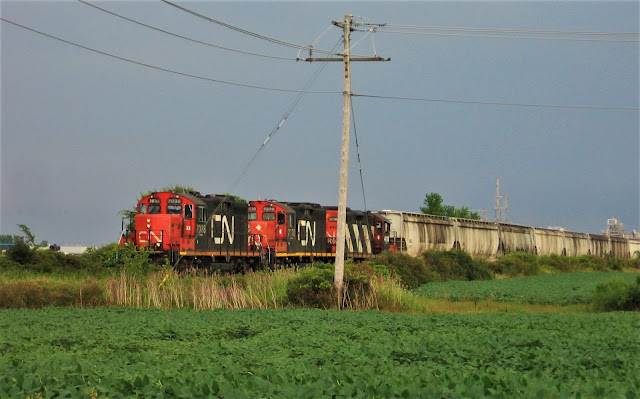 August 2017 at the Rokeby Line

In the last few years, trackage has been added off the CN spur near Mooretown. These tracks are shielded from view by a large metal wall lining the Moore Line, but some of it can be seen as you travel west down the Moore Line near Highway 40. I don’t know enough about Nova’s expansion in the area to be able to say what the purpose is of these new tracks.

I think the beauty in shooting the industrial switching in this area doesn't necessarily have to do with the trains, which are pretty standard tank car and covered hopper consists. I think the interesting element is the background.
Posted by Michael at Thursday, September 12, 2019

Nice grabs! That's the beauty of digital - you can blast away without looking and hope for the best, without spending a ton of $$$ on developing. I've captured a few pacing shots that way.

I actually ended up with about a dozen photos from this drive by, which was amazingly productive. However, I do want to stress again that I only do this when I am sure the road is empty and there are no potential safety hazards.

Off topic, have you ridden the new O Train Confederation line? My cousin in Ottawa mailed me the grand opening brochure. Looking forward to your report and photos!