Return of the golden rodent!

I have to admit I was surprised when I read a recent CBC article about the Canadian Pacific Railway when the railway's CEO Keith Creel mentioned that the CPR was going to reapply its golden rodent beaver logo to engines when they hit the shops for overhauls. It's a small gesture that is no doubt meant to heal the rifts that developed at the railway during the tenure of E. Hunter Harrison.

I was happy to hear of the decision, especially because, as a railfan, I have almost no images of this logo. In fact, this might be my only shot of the famous beaver. 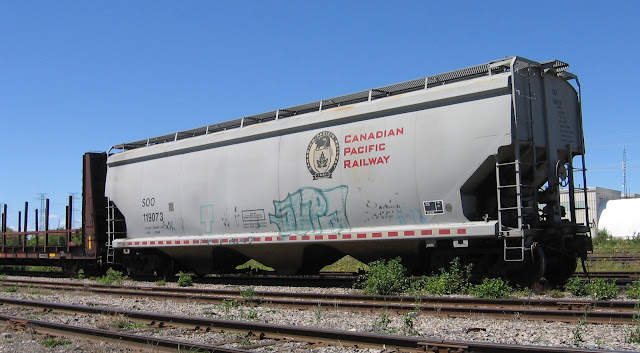 This is a shot taken from a service road next to Walkley Yard in Ottawa in August 2013. I don't have any shots of the true golden rodent on the locomotives, although the possibility of catching one now in the coming months and years makes me keen to sit trackside on the Winchester Subdivision.

However, judging by comments from fellow railfans in Eastern Ontario, it seems as though the Winchester Sub has become much quieter of late, with many telling me they have been skunked sitting trackside at Bedell or at Smiths Falls.

I know the feeling. The last time I sat trackside in Smiths Falls, all I saw were these two units idling deep in the yard. Looking at these units, I can only imagine how sharp the beaver will look in that gaping red expanse on the long hoods. 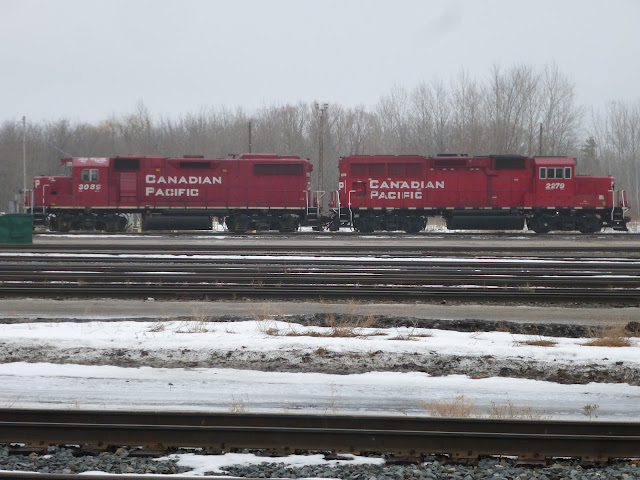 Of course, this gesture by Creel will likely be seen by many CP employees as a pointless gesture, if larger issues aren't settled. Reading some articles lately, it's obvious that a great deal of bad blood has developed between CP management and the rank and file, particularly over the policy of mandatory railroad training for all CP employees, whether they are involved in the operational side or not.

In particular, employees represented by the Teamsters are upset that engineers are being required to train managers on how to operate trains. This policy seems particularly galling since many feel it will prevent employees from having any leverage in the event of a labour dispute. Also, how would you like to train the person who will replace you in the event of a strike? I don't know that either side has a good solution for how to end this standoff.

This latest news comes shortly after news that CP employees are worried about the company's engineer training practices, which employees feel is throwing rookie engineers into challenging situations without proper experience. This story outlines one of those situations, which is scary. 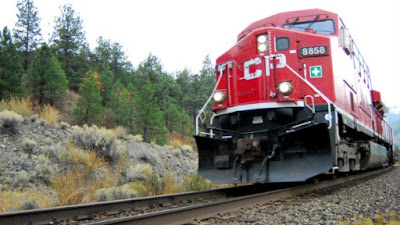 I spoke my mind about Canadian Pacific in this recent post so I won't go into it again, other than to say I'm worried that publicly traded railways are sacrificing too many fundamentals for the sake of appeasing shareholders and bowing down to the altar of quarterly profits. Of course, as a longtime business journalist, I would level that criticism to a number of publicly traded companies. I wonder what's happened to long-term vision. When all that matters is hitting analysts' quarterly expectations, sometimes, the lack of vision hampers a company in the long term. Ask any former Nortel employee how this type of mentality worked out for them.
Posted by Michael at Monday, April 10, 2017
Email ThisBlogThis!Share to TwitterShare to FacebookShare to Pinterest
Labels: Canadian Pacific, CP Rail, CPR, railfanning, railways, Smiths Falls, Smiths Falls Subdivision, Walkley Yard

Interesting you mention getting skunked in Eastern Ontario on CP. On Friday evening I was skunked on CP Belleville sub just outside of Perth. That said, I did have some decent luck in the past month or two on the CP Winchester Sub (around 18:30 - 20:00 for a single train). When comparing CP and CN in eastern Ontario, CN's Kingston Sub is many factors busier than CP's Winchester.

My rather casual observation of Winchester Sub activity is that it's somewhat concentrated these days, with "Bedell whistles" more noticeable between the hours of 430 to 6am, 5 to 6pm, and 10 to 11pm. (Ha! One passing as I type, at 1012pm...)

And as my daily commute parallels the sub for a considerable distance, I can say that my number of spottings-while-driving has dropped considerably.

So perhaps this is a scheduling matter to some extent.

But Dave's comment above is spot on. Much more happening on the CN line.

I've seen my fair share of CP's "golden rodents", albeit mostly covered by a thick layer of grime.

CP's recent drive toward efficiency seems to have been built on the premise that running trains is inefficient, so run fewer of them. I'm not sure how customers feel but the stock price has benefited.

Thanks for the additional info re: Winchester, Dave and Craig. I wish I had more time to sit trackside on that line at the times you suggest. Steve -- I agree with your take. CN and CP (all railways for that matter) see themselves as companies that operate trains. I don't have a problem with that. I guess my point is the lack of long term vision and the fixation on short-term profits. Sometimes, long-term vision yields far greater rewards in the long run.