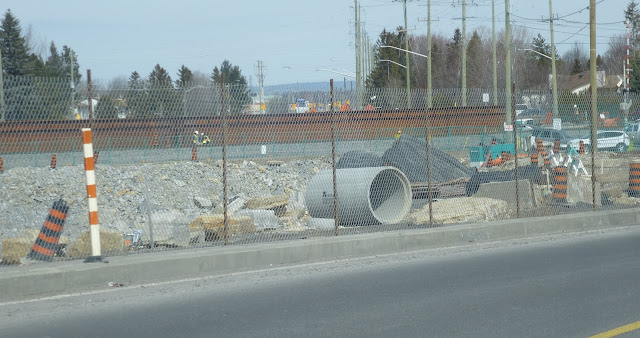 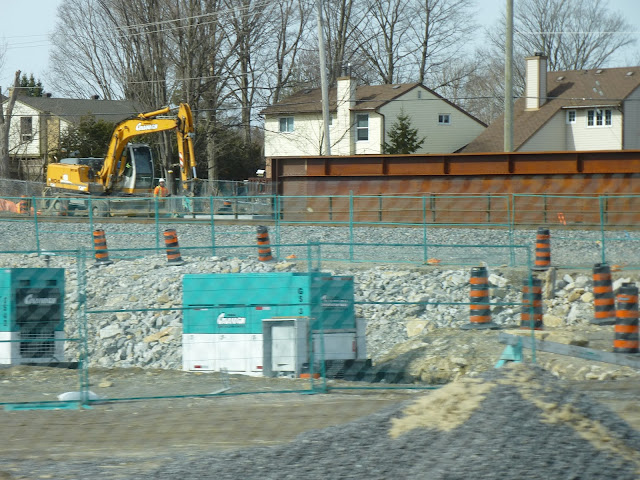 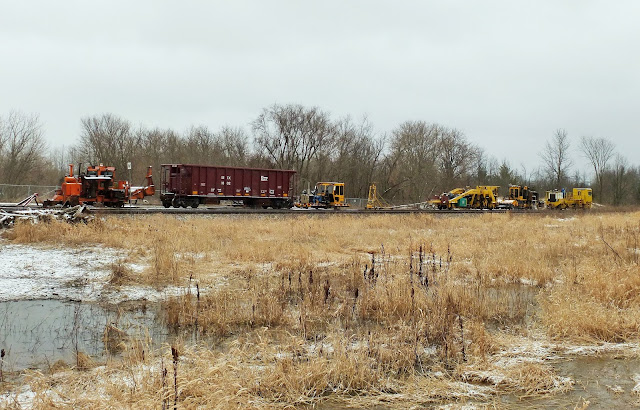 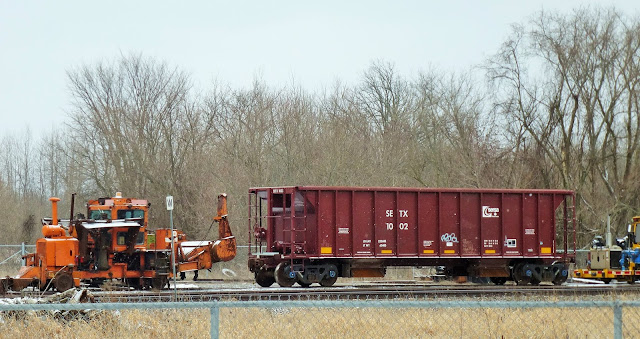 I am glad you posted about this today. I was meeting my lawyer this morning during my lunch break and on the way back I decided to take the Queensway to get off at Holly Acres. On the Kanata hill, to my surprise I passed a CN transport truck with a low boy and the exact same yellow MoW equipment on it (The railroad Tamper specifically). Happened at approx. 12:35 and I wasn't able to get a picture unfortunately. I can say that it was headed east.

Good catch, AJ. I guess I will have to keep my eyes peeled for work along the tracks. I've noticed those bundles of new rail ties are still sitting trackside. Hopefully, we can catch some MoW trains in the near future.

Sorry for the intrusion. I was wondering about railway groups in ottawa. I'm trying to hook up my son. He's a 28-year-old with mild autism and absolutely lives for his trips to local crossings to film and photo via trains. Again, sorry for the breach of ettiquette.
-jud hoek

Hi Jud -- welcome! I encourage anyone who comes by to comment or ask questions. You are asking a tough question. I don't think there are any groups like that in Ottawa, simply because we our rail infrastructure is so small and so much of it is hidden. I would make a few suggestions for your son. The first would be to contact the Bytown Rail Society. If anyone would know, they would. The second suggestion I would have would be to look at the Via Rail schedule at the main train station. I know that, each morning, there are times when corridor trains are either coming or going in close succession. I know there is a time in the morning where there are three trains coming or going (one arriving from Montreal, one leaving for Toronto, one arriving from Toronto, if memory serves. I would also ask anyone else from Ottawa to feel free to leave suggestions for Jud and his son.