Some interesting visitors up north

For weeks, I have been receiving a number of email messages from my brother with numerous photos of railway action in and around Sarnia Yard. His son, almost three years old, has taken to trains. Every weekend, my brother takes his son to the yard after running errands, which has resulted in a number of interesting encounters. I have put together a few photos of some of the more interesting finds. The first few shots that caught my eye were these shots of a most unexpected visitor to Canada. A Norfolk Southern unit was paired with a CN unit in the yard on Feb. 7. Of course, it's not uncommon for outside power to appear in the yard. This is the first time I have seen any shot of a NS unit in Sarnia Yard.
The shot below is a closer view of NS 6677. This is obviously an older unit, since it sports the old NS logo without the thoroughbred. My brother took these photos with his iPhone, so there are some limitations to the shots you will see in this post. But I think this is good work nonetheless. That was not the only surprising find that my brother and my nephew saw. 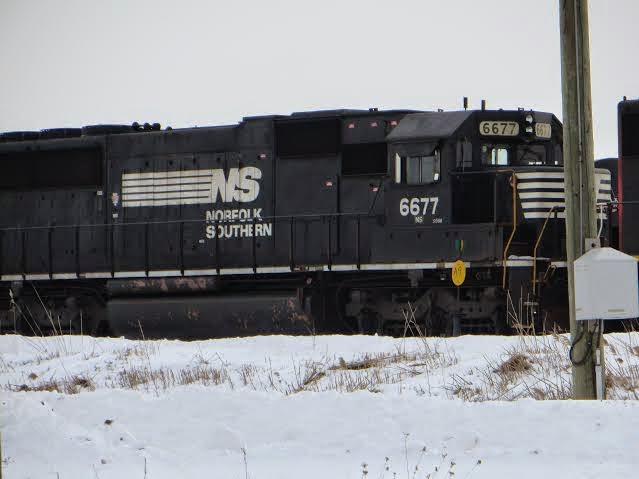 Okay, so this is not necessarily a surprise, but I thought this was an interesting shot anyway. This a stack of chassis on their way to one of the many automotive plants in Michigan or southwestern Ontario, depending on which way this flat car was headed. You don't see these loads in Eastern Ontario! 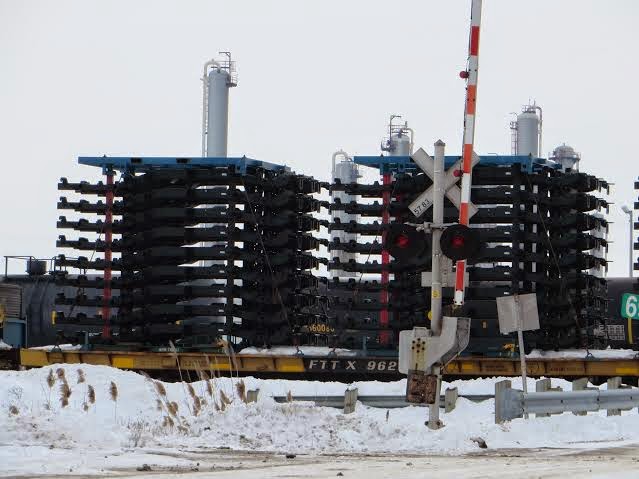 My brother has captured a number of tunnel trains from the platform of Sarnia's Via station, which sits at the edge of the CN yard. On one of those trains headed for the tunnel, he made sure to grab a shot of this old boxcar with its original Southern Railway markings. I love the two slogans on the car, including the innovation one on the left. 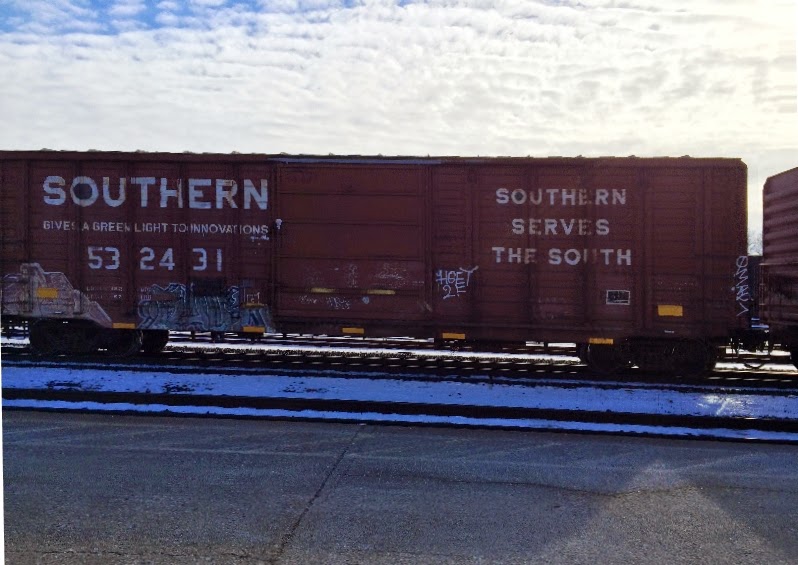 The lighting on this next shot was challenging. I had to fiddle with it to the point where it looks a little oversaturated, so I could make sure that all the features of the car and the lettering were clearly visible.

This is a Klemme Co-op Grain hopper car from Iowa that was repatched for the Northwestern Oklahoma Railway. I did a quick search for these cars online and can confirm that these cars were originally painted pink. They are somewhat well known icons in Iowa. Although this car has been repatched for the Northwestern Oklahoma Railway, the NOKL reporting mark, from what I have read, is actually a mark used by a car leasing company, First Union Railroad Corp. From what I found online, this is an arrangement where the shortline railway leases out its reporting marks to a car leasing company. 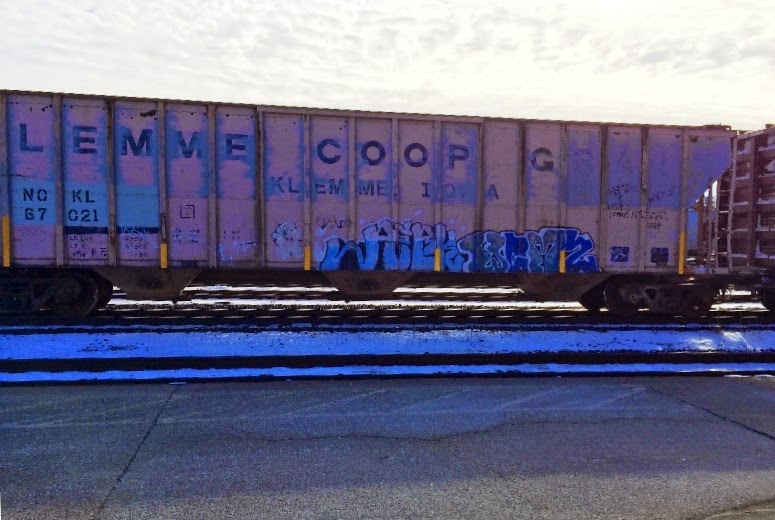 And with that, I will close with a nifty shot my brother caught of an autorack train headed for Michigan. He and his boy are lucky with the embarrassment of riches they get to see each weekend. As a train-starved Ottawan, I can only shake my head. Special thanks to my brother Marc for becoming a regular contributor to this blog. I have a number of other shots he's taken that will appear in future posts. Feel free to let him know what you think of his work (Be nice!). 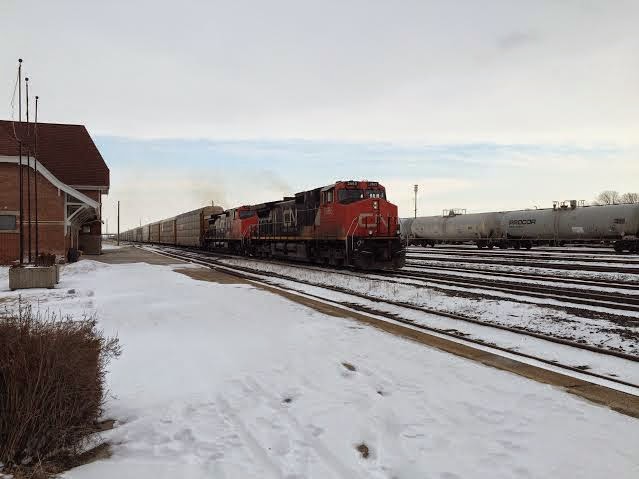 CLOSING THOUGHTS ON THE O-TRAIN

I was surprised by some of the comments from last week's post, which turned out to be a little more contentious than I had intended. Most of who read this blog know that I am not a fan of many elements of this city's light rail plan. However, new readers to the blog should be mindful that I am a rail fan and not an expert on city policy. I do not pretend to be an expert, as I have often mentioned. I try my best to research all the points I mention, but there are times when I get it wrong. I was wrong on a few points last week. I happily made corrections when informed of mistakes made. I would respectfully ask that anyone thinking of commenting keep their comments civil. This is a blog aimed at sharing my love of railways. It is not meant to be anything other than it is. Your comments are always welcome, but let's keep things respectful.

With that, here's a shot of a new Alstom Coradia LINT O-Train at Confederation Station, taken yesterday (March 12), on one of my errands in that part of the city. Talk about an isolated station! Very convenient for nearby government and Canada Post workers, but nary a neighbourhood to be seen anywhere. I will share my (mostly positive) thoughts on the new O-Trains soon, based on my experiences yesterday. Stay tuned for that. Good for you spreading the railfan message to the family, Michael! It also increases the variety of your sighting and photo potential, as you noted!

And we thought the Potash Corp covered hoppers were the only pink ones. Gimme Klemme!

Thanks for your comments, Eric. It was fun to dig up the info on these pink hoppers. I'm glad to have a second set of eyes watching things in SW Ontario. I also have another guest post coming up too, which is great. It helps bring some new perspectives into this blog.