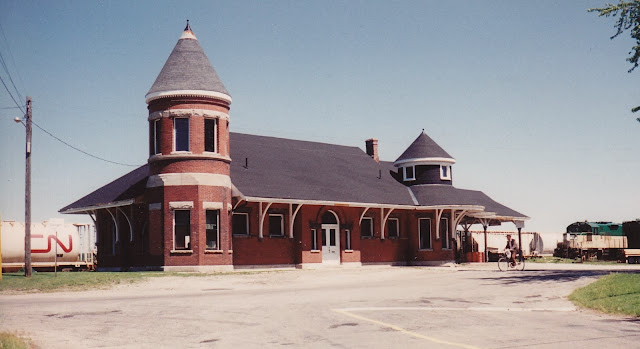 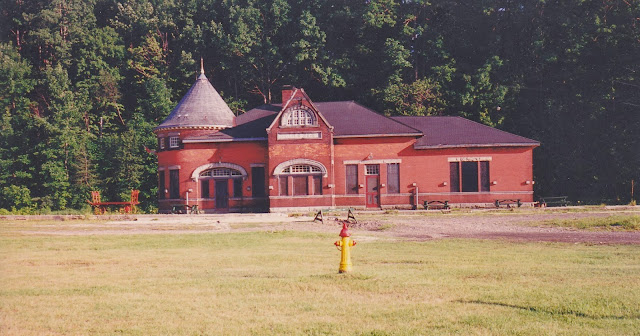 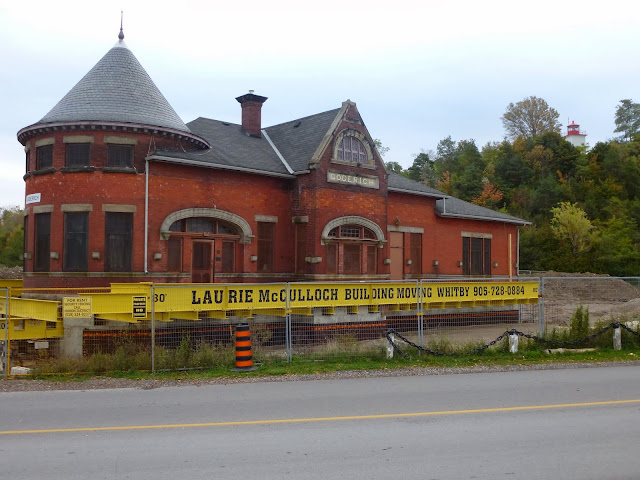 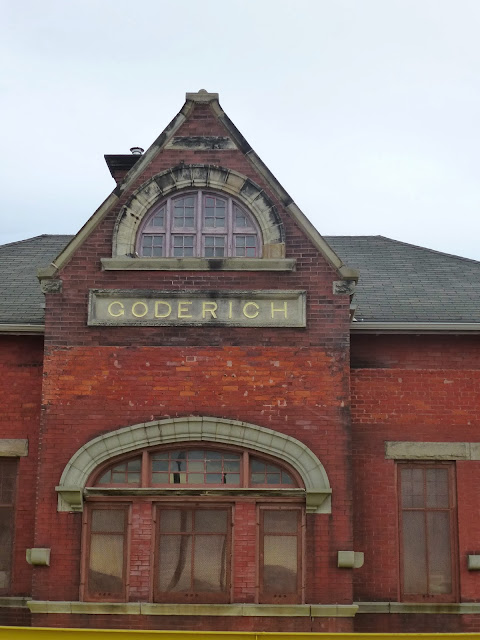 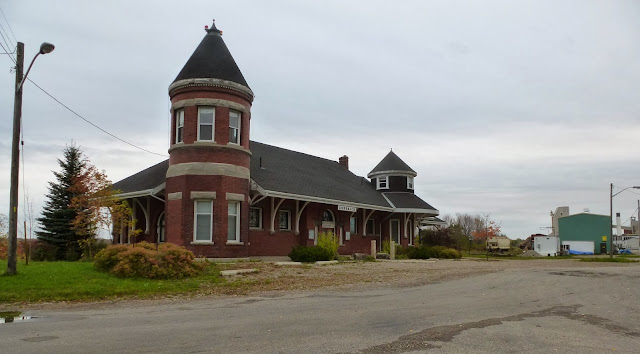 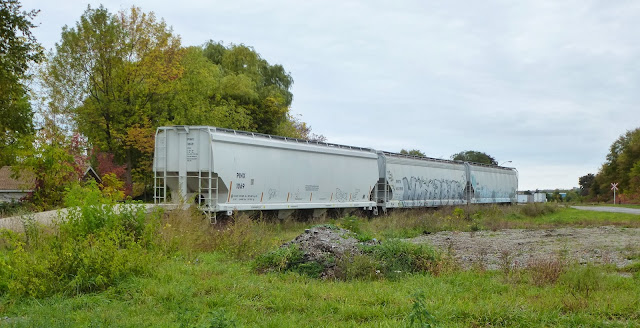 Taking a close look at both stations, you will notice some architectural flourishes, including the witch's hat turrets and archways, that were not all that common for small-town railway stations at the time. It is also worth noting that a third railway once attempted to reach Goderich, but ultimately failed. When you examine the town's rail history and take a close look at both of its stations, you can understand just how important railways once were to small-town Canada.
Posted by Michael at Thursday, December 05, 2013

Those covered hoppers look like plastic pellets cars. The covered hoppers for salt were CN in the past, including Enviro cars I included in my recent post, now shorter leased cars. It's a neat nexus of rail and marine shipping, plus a heck of a grade down to the harbour!
Thanks for posting,
Eric

Yep, it is quite a drop in grade down to the harbour, Eric. Goderich is a fascinating town on what is known as "Ontario's West Coast."