I'd like to introduce Beachburg Sub readers to a fellow Ottawa railfan, David M, who has generously volunteered to share some of his experiences along the rails with us. I hope this post provides you with a different perspective from my own. Please take the time to post a comment and let David know what you think! - Michael


I’ve always wanted to get a picture of a train on the Renfrew Spur going over the Mississippi River. Recently, I had a Wednesday morning off and decided that I would chase CN 589 to get that picture.


Early on Wednesday morning, I started scanning these frequencies [Stand By: 160.545, RTC Call-In: 160.860, RTC Call-In: 160.290] on my radio scanner. Around 8:30am, I overheard the clearances. I then hopped in the car and drove to Carling Ave. and March Rd., in Kanata, to meet 589 at 9:00am (where I’ve seen it there many times at 9:00). When I arrived there, it was nowhere to be seen. I thought that perhaps it was earlier than usual, so I then proceeded to the crossing at Terry Fox  Drive and then the crossing at Huntmar and Old Carp Road where I didn’t see it. By now, it was 9:30 and I still hadn’t made contact with it. I then proceeded to Carp to see if it was there, which it wasn’t. I decided to park on the side of the road near the Diefenbunker (picture below) and decided to wait for it. 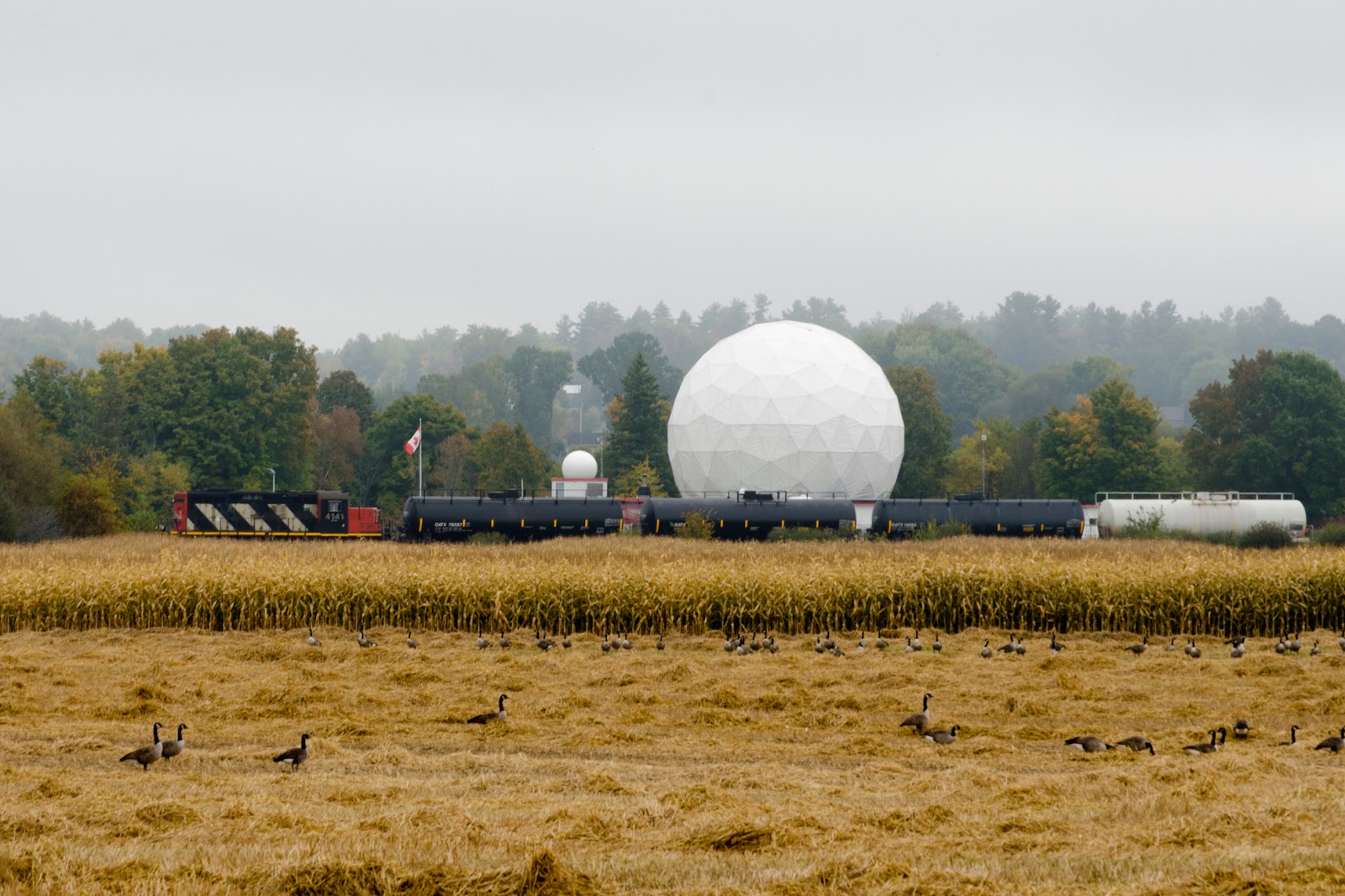 Since 9:00, the scanner had been quiet. At 10:00, the scanner became active again with additional notifications for the crew. Two minutes later, I heard a distant whistle coming from Carp. Finally at 10:11, first contact was made. Once you have found 589, it is very easy to chase since it only travels 5 mph. I was then able to catch it easily at five other locations. 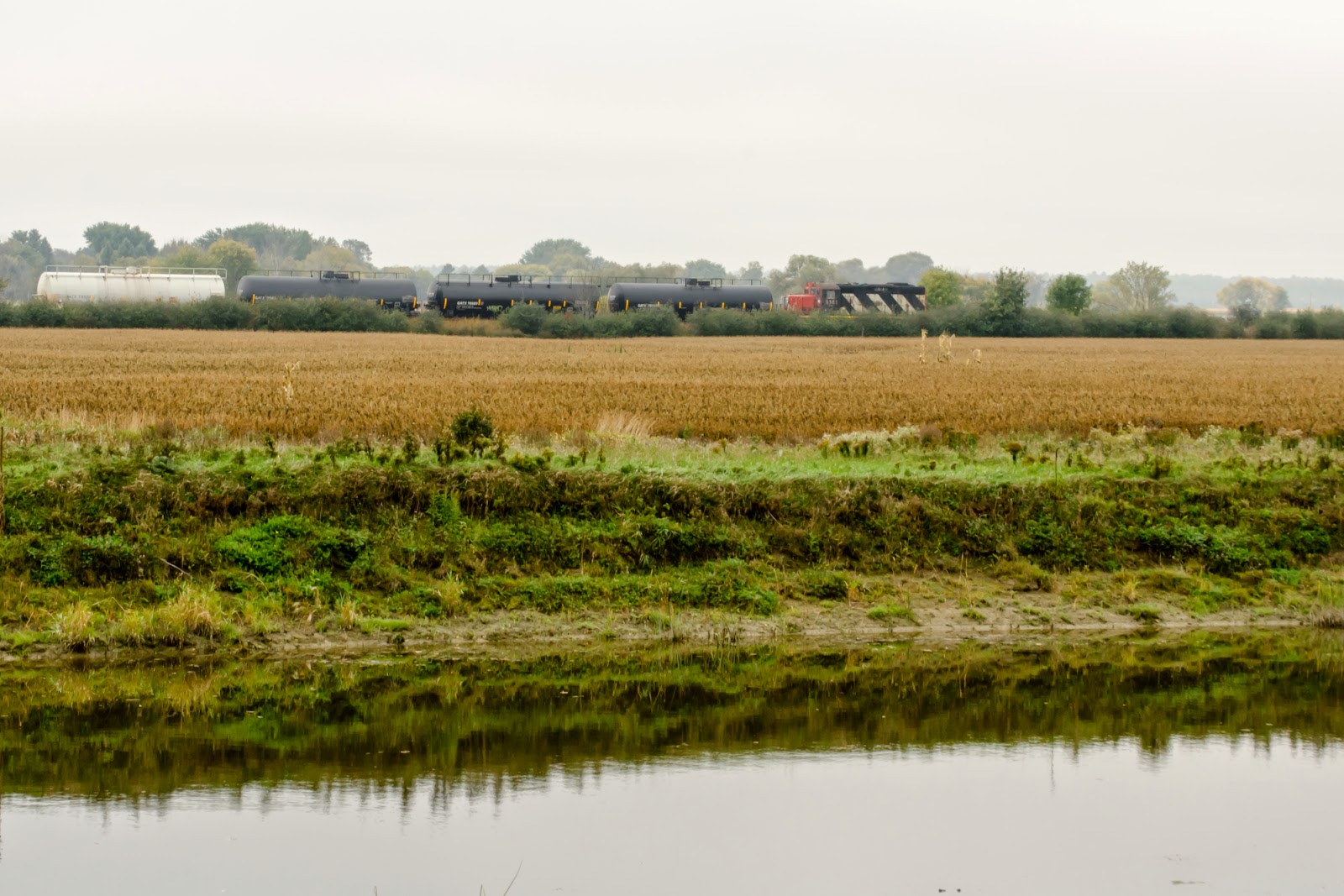 I decided to leave the close chase and get ahead of it to ensure I had sufficient time to set up for the shot of it crossing over the Mississippi River bridge. I chose to set up on the bridge on Mohrs Road. The shoot turned out to be difficult since, in my rush out the door, I only took an 11-16mm wide-angle lens and a 55-200mm zoom lens. When shooting from the bridge, a 35mm would have perfect as the 55 was challenging to get it properly framed, and the wide angle gave a bit too much. 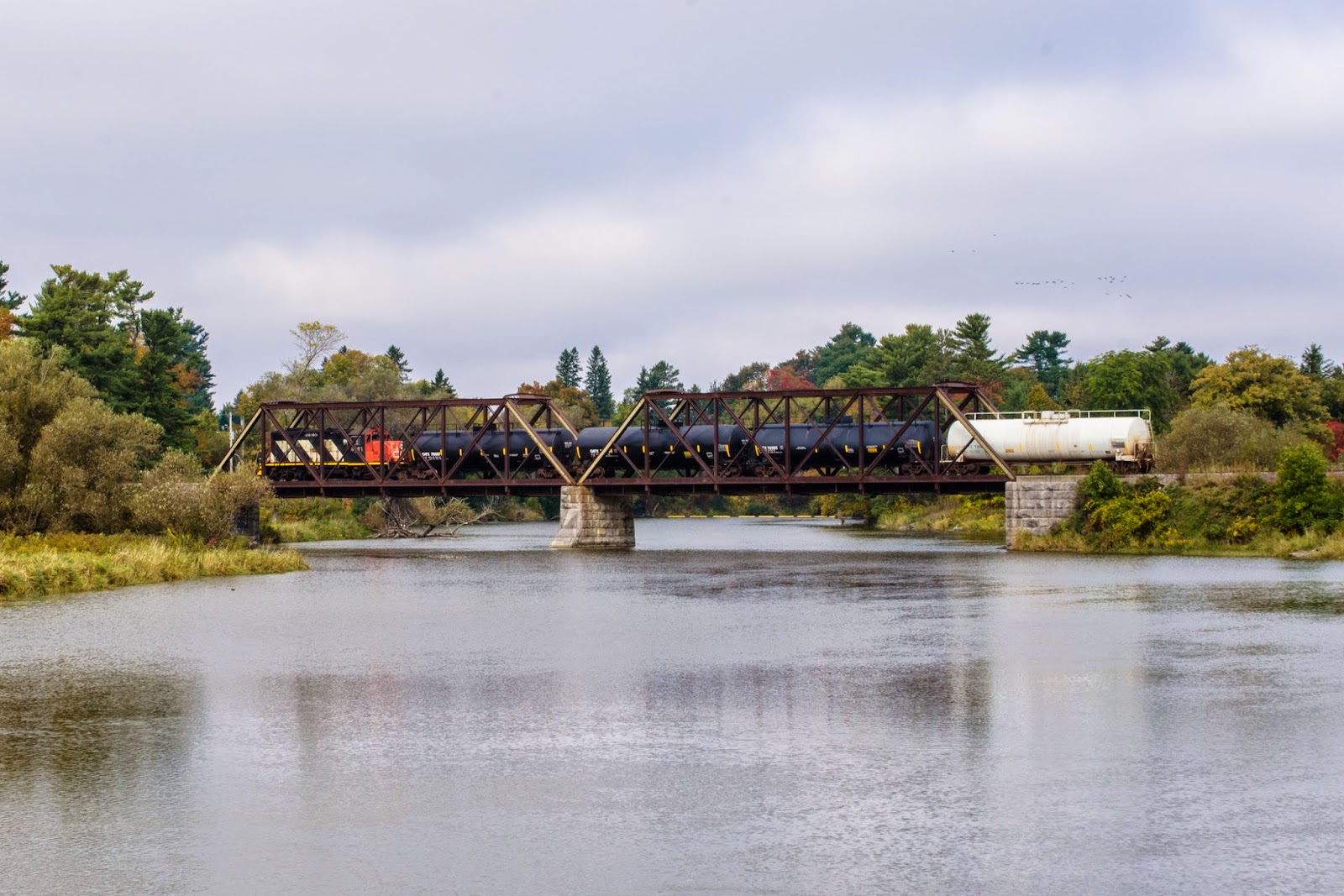 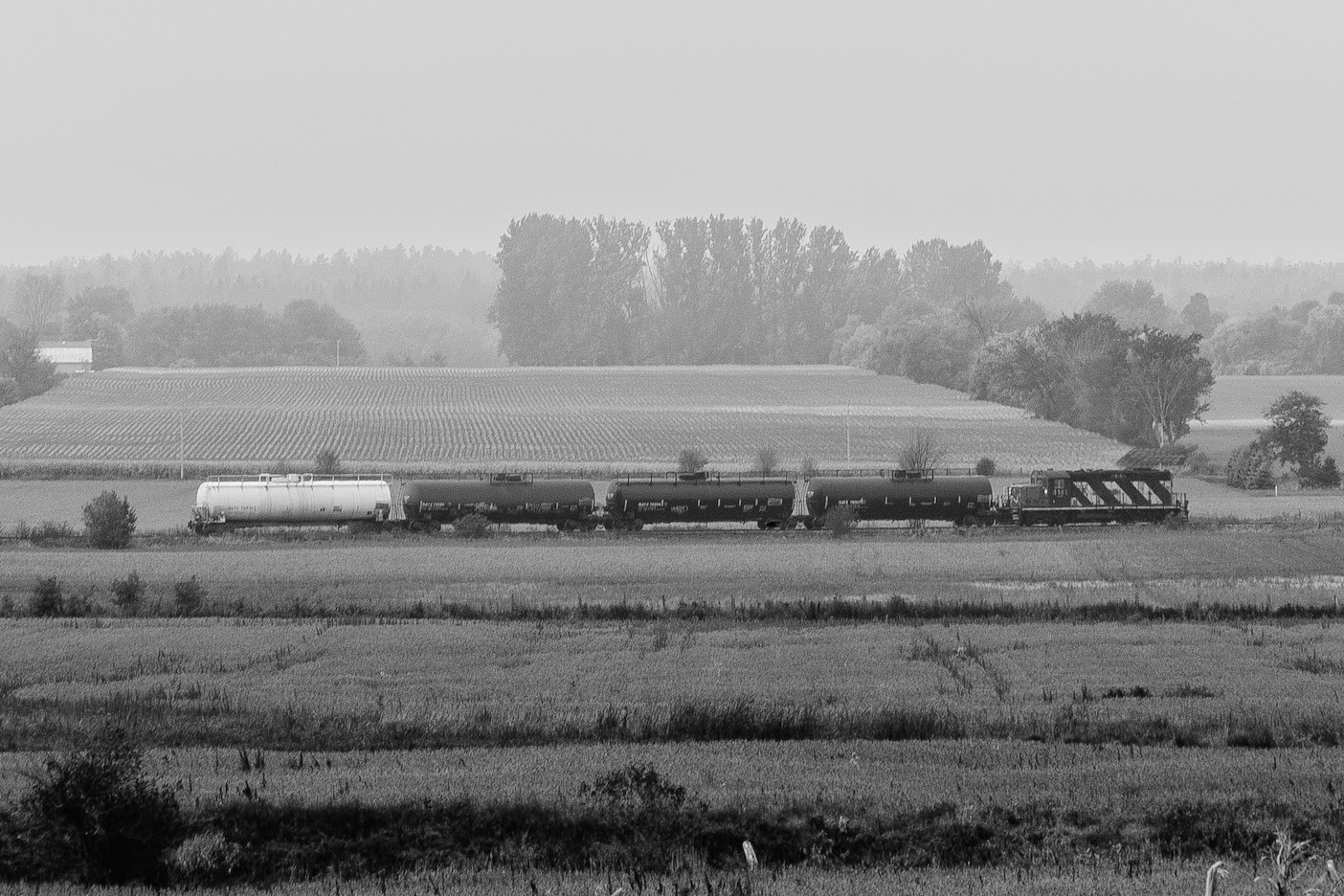 All in all, it was a good chase. The next time, I will try to chase it in the other direction. If anyone has a favorite place to shot along the line, or any pictures of the train on the Renfrew Sub, please post a comment with a link to the pictures, because I’m interested in seeing them. (So am I! - Michael)
Many thanks to David for his story and photos. Stay tuned for more from David in the next little while. - Michael
Posted by Michael at Thursday, October 30, 2014

Nice catch and great pics! I missed this yesterday on it's way back through Bells Corners. Went to gas up thinking I had a few minutes still to get out to the Moodie crossing or atleast Cedarview. Ended up hearing the whistle around 25 to 4 in the middle of pumping gas at Cdn Tire. Argh!

Thank you for the approximate time in the afternoon, I've often wondered what time it went through Bells Corners on the return trip.

Great post Dave! Some great pictures here. I've caught it many times on the return trip.

Here's an example of a 589 heading east over the Greenbank overpass at around 3:30 PM

Here's another instance of the 589 passing over the 416 bridge at approximately 5:00 PM.

Great videos. I've not seen many videos of 589 in the past few years.

Looks like you've got much better luck catching it on the return trip than me. Between the two of us, we've caught it in both directions. :)

Very true! I've never caught it heading west in the morning but I'd really like to in the near future!

This is all that's left to catch west of federal. Too bad the Beachburg sub is being torn up. Seems like a wasted opportunity.

Yeah, it's a shame what's happening, Keith. But in fairness, west of Federal, you can see the Arnprior local on the Renfrew Spur on Wednesday and the Twin Elm train (589) on Sunday and Tuesday on the Smiths Falls Sub. It's not much, but it's something.

My doctor is in Carp, and I've watched this local trundle through at least once when it was still under the Ottawa Central banner, fronted by an RS18. It sure does come through slow.

A few other occasions I've been in the doctor's office either waiting or mid-exam (annual exam) and after hearing the horn, wanted to slip out to see it.

Is this line going to survive the "Ottawa Rail Exodus" or is it going to be abandoned as well? It is not anywhere on CN's three year plan so that's why I was wondering.

Jim -- The reason it hasn't appeared on CN's plans is because the Renfrew Spur, as it is now known, is not owned by the railway. The right-of-way to Arnprior is owned by the city and maintained by Nylene Canada. As long as that plant needs its good shipped by rail, that line appears to be safe.

Does anyone know what's in those tank cars? I get to Kanata a few times a year for business, and our office is right by the March Road crossing. I'm always happy to hear the horn on Wednesday mornings!

Hi Joe. Thanks for stopping by. One of the blog's readers explained what's in the tank cars in the following post.