I've seen a fair bit of chatter on a few railfan groups online regarding CN's departure from Ottawa. From what I've read, there seems to be a lot of confusion out there. In the spirit of clearing the air or at least starting a conversation, I decided that it would be fun to attempt a few answers. It also gives me a chance to share a few photos that were sent to me by some generous fellow railfans.

So, let's start off simply.

1. There will be no freight railway in Ottawa once CN leaves. FICTION

I say this with near certainty. Let's look at the facts. Ottawa and Eastern Ontario is an area with more than 1 million people. And there are some rail-served businesses that would suffer a great deal if rail service were to disappear. I can't foresee a scenario where no one wants anything to do with freight activity here. There are too many shortline railway concerns in Canada and the U.S. for there to be no interest in an operation here. Let's assume, as well, that the City of Ottawa ends up acquiring what little rail CN retains here in the region. To me, that is one less capital expense for a smaller operation to worry about. And remember that there are motivated customers here that depend on rail that cannot carry on business as they are now without rail. Think Nylene Canada in Arnprior. They have said repeatedly that they need rail. 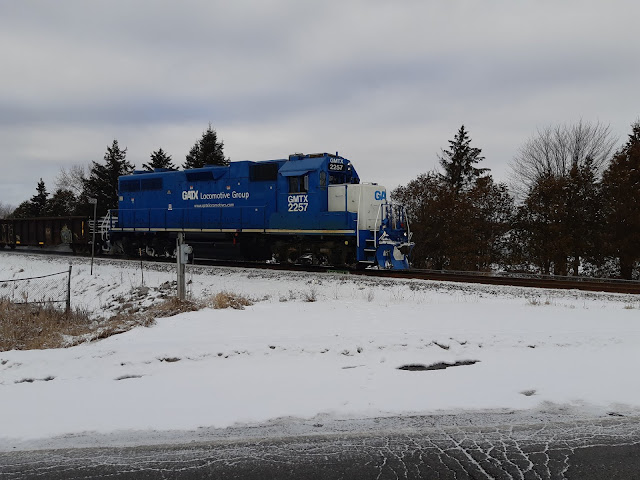 CN's Coteau run sweeps through Carlsbad Springs with leased power on point. Contrary to what people have said, rail activity in Ottawa has not stopped. Thanks to Keith for sharing this photo, taken recently.

I've seen a few comments where people think that CN's freight service has already ended. This is simply not true. Multiple blog readers have shared their photos or observations with me recently that prove it's business as usual for CN for the moment. We need to remember that catching CN's locals anywhere in the region is tough since the frequency is tiny. In my case, I have two chances to catch a once-weekly train that goes through my neighbourhood each Wednesday. That's it. We need to keep in mind as well that discontinuance notices are part of a fairly detailed process, which takes time. A railway can give notice of discontinuance and continue operating for some time afterward.

3. CN is going to rip up the Renfrew Spur. FICTION 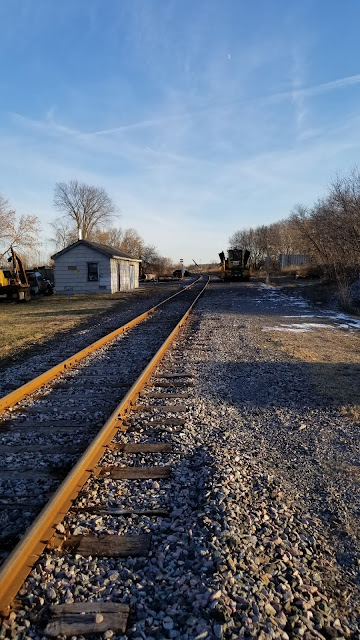 This is something that is often forgotten when this subject comes up. The Renfrew Spur belongs to the City of Ottawa. Look on some maps and you will see this line is labelled the Ottawa-Arnprior Railway.

The rails themselves are owned by Nylene Canada. This arrangement predates the amalgamation of the City of Ottawa. It was actually the old Regional Municipality of Ottawa-Carleton that partnered with the old BASF (now Nylene Canada) to save this line and keep freight service operating to the old plant on the edge of Arnprior.

This arrangement was the compromise when it was determined that BASF was not able to receive service from the Canadian Pacific from its old Chalk River Sub, which once connected with the Renfrew Spur in Arnprior. Of course, the Chalk River Sub is long gone and the Renfrew Spur barely makes it over the Ottawa-Renfrew County border.

If I was a betting man, I would say that this rail line will one day be a commuter line with freight service operating outside of commuting hours, which means likely at night or the wee hours of the morning.

To be honest, the only reason this line is still there is because of the deal that was made more than 20 years ago to save it.

My thanks to a reader who follows along from Yukon, who once rode these rails with his family when his Dad worked this stretch of track for CN. He recently visited the city and took some shorts of what's left in Kinburn. My thanks to him for sharing his photos. I've done a fair bit of writing on this track, but he reminded me of the old Ottawa, Arnprior and Parry Sound lineage that this line boasts. It's a part of the local rail history I haven't done a great deal of research on, so perhaps that's next on my list.

4. CN will rip up more track in Ottawa and Eastern Ontario. FICTION

Quite honestly, everything that CN could remove has already been removed. This company owns almost nothing in Ottawa anymore, save for the trackage into and out of Walkley Yard, the old Ontario-l'Orignal Railway and the tiny stretch of the old Beachburg Subdivision that links the Renfrew Spur to Federal Junction. I can't imagine the railway would want to tear up any of this trackage if it was seriously considering an arrangement to sell it to the city or possibly hand it off to a short line operator. You will recall from an earlier post that the city has confirmed that it is in talks with CN to buy the remaining trackage it might need in the city. The only stretch of track I would keep an eye on is the old l'Orignal trackage. Given that this track is key to CN's main customer in Eastern Ontario, I would suspect it's safe for now. Keep in mind as well that the Alexandria and Smiths Falls Subs are both controlled by Via Rail Canada.


5. The city will own the unwanted CN tracks and will contract out freight services. FACT

I'm going to go out on a limb here and suggest this is what is going to happen. It makes business sense for a short line to provide a service while not having to maintain the track per se. The only question mark is over the l'Orignal trackage. I don't know who would want to own that track, as it is not strategically important to Ottawa. This might be the only stretch of track that a future short line would have to own and maintain.

So, here's one final thought. Who is going to step forward and take over freight services for CN? We all know the names. I'd be curious as to what the experts out there think. I'm going to say that, whoever steps forward, James Allen of the old Ottawa Central will be involved in some way.You will recall that he was involved in the efforts to save the old Beachburg Sub as far as the Pontiac Region and Renfrew County. It wouldn't surprise me if he was involved in this process in some way. More on that later. 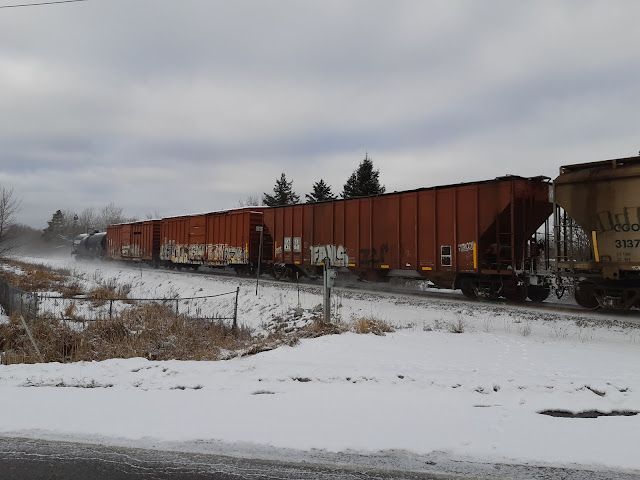 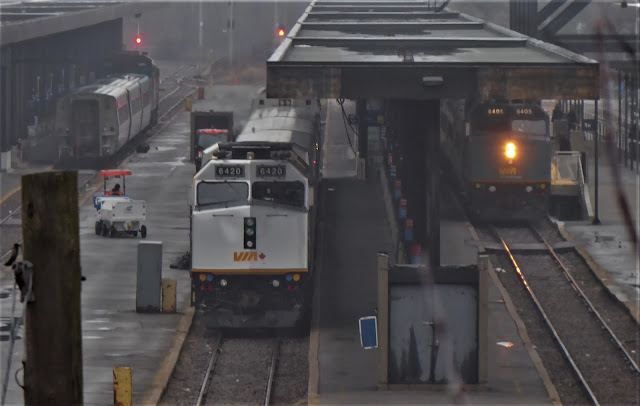 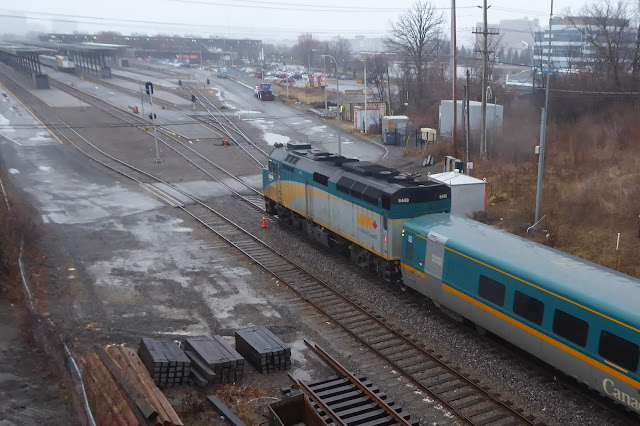 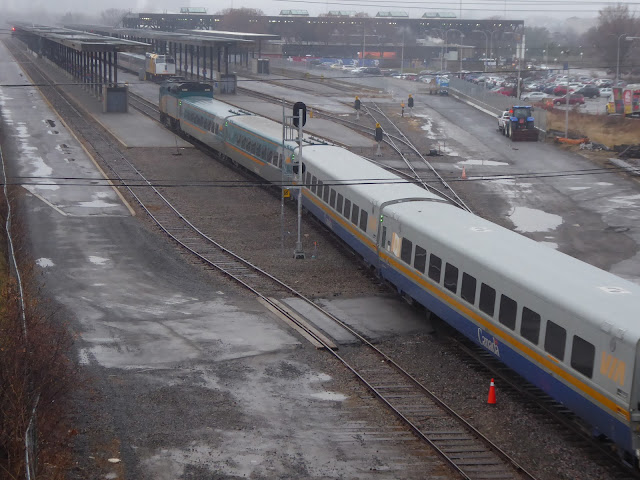 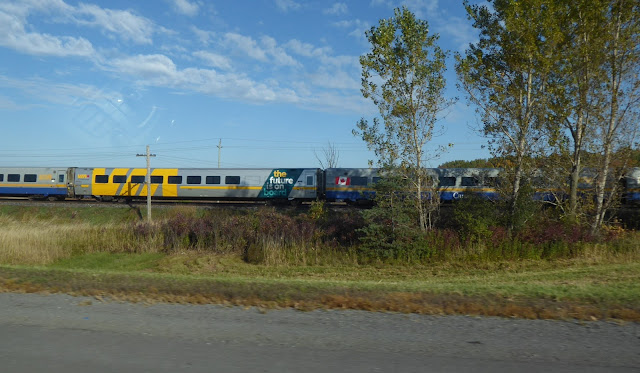 So those are the few observations from Ottawa. I could add in a few lines about the O-Train Confederation Line, but I won't get into it. It's still an unreliable and problem-plagued service, which has the city's commuters growing more impatient by the day.That is hardly news anymore. C'est la vie.
Posted by Michael at Tuesday, January 07, 2020 2 comments: