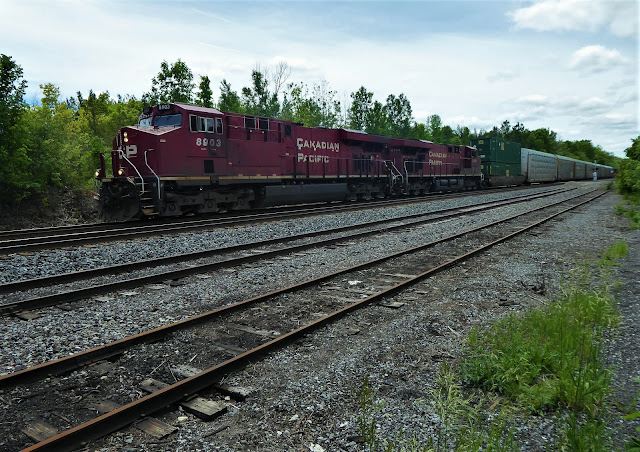 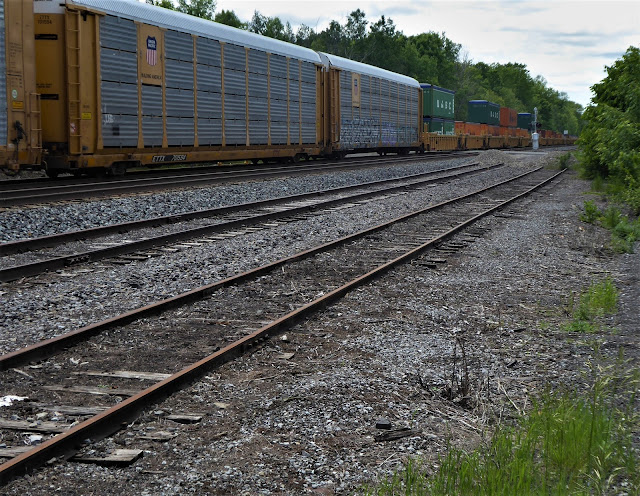 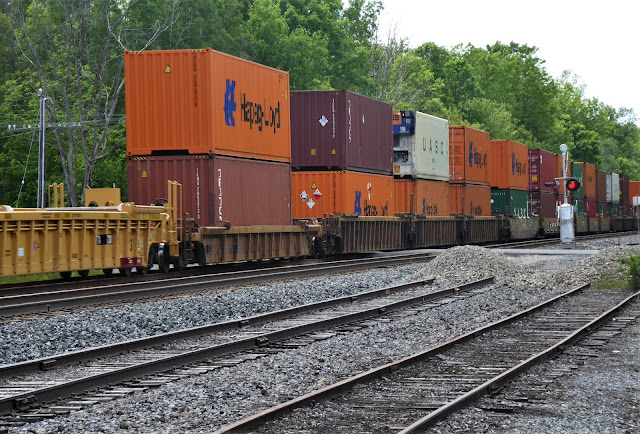 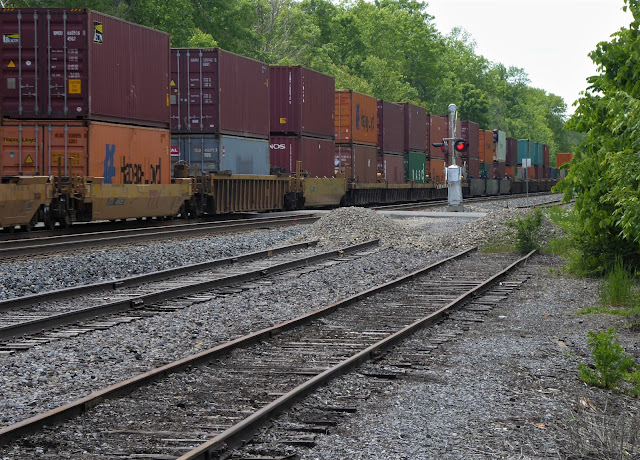 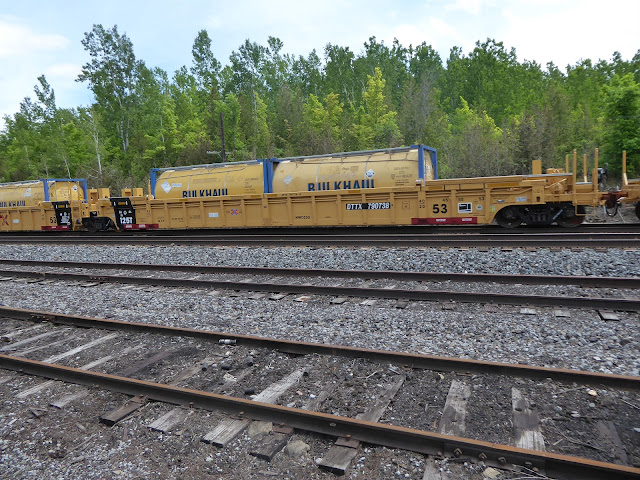 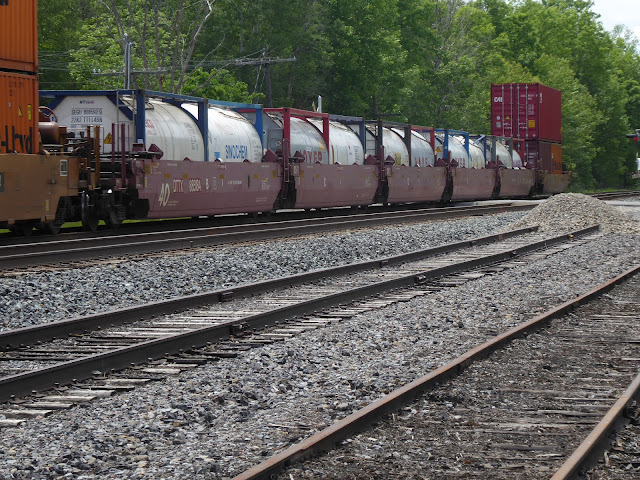 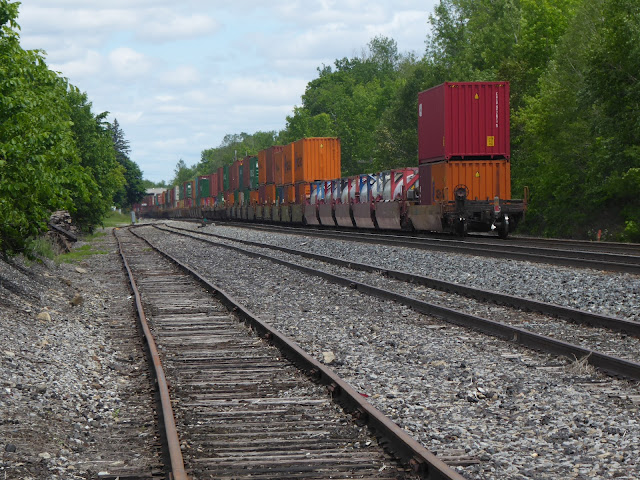 I've seen those tanks in container frames now and then... the hazmat placard should give some clue as to what's in them.

I see those yellow BULKHAUL containers have a 3267 placard on them, which is "Corrosive liquid, basic, organic, n.o.s." I saw a reference that indicated it might be triethylene glycol.

This Wikipedia article talks about these kind of container frames. Typically they carry liquids or powders.

Many bottlers in Canada and everywhere in the world bring wine and spirit in bulk in those container. Usally we call them ISO tank. There some specific ISO tank dedicated to food grade stuff and other for chemical product