I have terrible train karma up here in Ottawa. I can't tell you how many times I have attempted to catch the Arnprior local (CN 589) only to come up empty handed. Of course, whenever I visit my family down in Sarnia, there is almost always something interesting to capture, although I have to say my preference is always to capture CSX action, since it is generally a rarer commodity.

Happily, when I visited my family over the Thanksgiving long weekend, I found my way to CN's Sarnia Yard twice. On the second visit, I was lucky to catch CSX's interchange with CN coming into Sarnia Yard right around the old roundhouse. 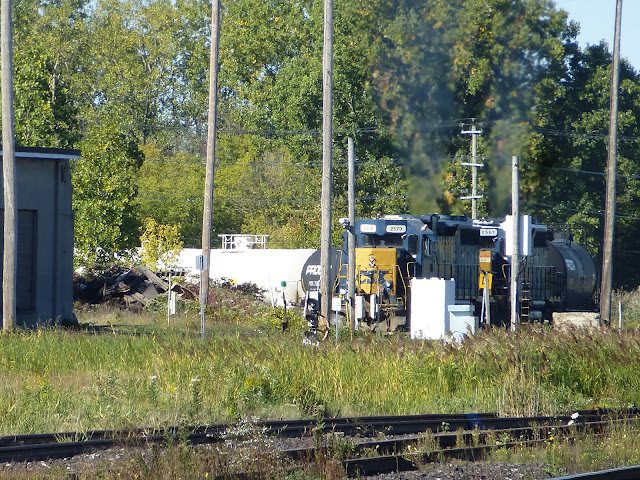 This time around, I was in a position on the Via Rail platform to get a shot of the train making its way around the curve as it emerged from the St. Clair River Industrial Spur, over which CSX has running rights. There are a number of points in the Chemical Valley and points south where the CN Spur connects with CSX's Sarnia Subdivision (the Imperial Oil refinery and CF Industries' Terra Courtright nitrogen complex to name two), but the yard seems to be the most common place for the two carriers to exchange loads and empties.

The interchanges (some call it the CSX transfer) that I have seen have not been terribly long. The last few times I have seen this consist coming into Sarnia Yard, the car count was about 20-30. 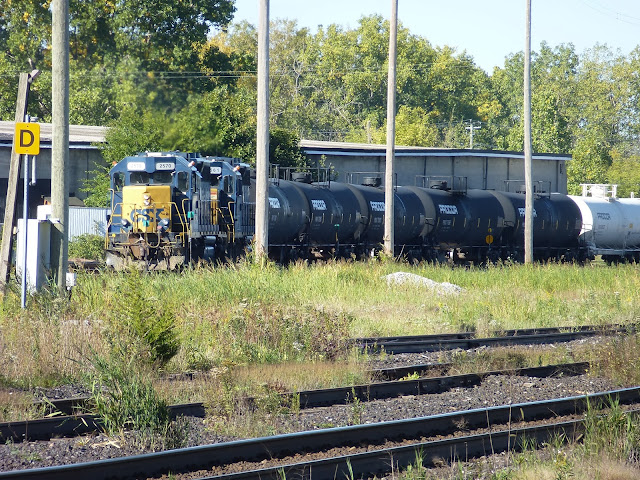 This time around, the light was tricky, as were the numerous visual hazards that typify railfanning at Sarnia Yard. I was happy to catch this decent shot of the two GP38s bringing in a long line of tank cars. I saw quite a few molten sulphur cars in this consist, which turned out to be much longer than the usual 20 cars I see.

This shots above and below turned out okay, considering I was on the wrong side of the train. The shots offer a view of the gantry just before tunnel trains reached CP Hobson, which brings them to and from the Paul Tellier tunnel beneath the St. Clair River. The shot below offers a decent shot of the consist, which features mainly tank cars, although there were a few covered hoppers. There was even a car with some liquid carbon dioxide, which CSX/CN customer Air Liquide uses at its Terra Courtright facility.

The going away shot washed out the sky, but I wanted to try and capture a few of these images, because there was activity to the east of this train's location, which I also wanted to capture in one image. Lucky for me, this consist just kept going, which meant the CSX crew had to pull the train far deeper into the yard than I've seen them do in past instances. 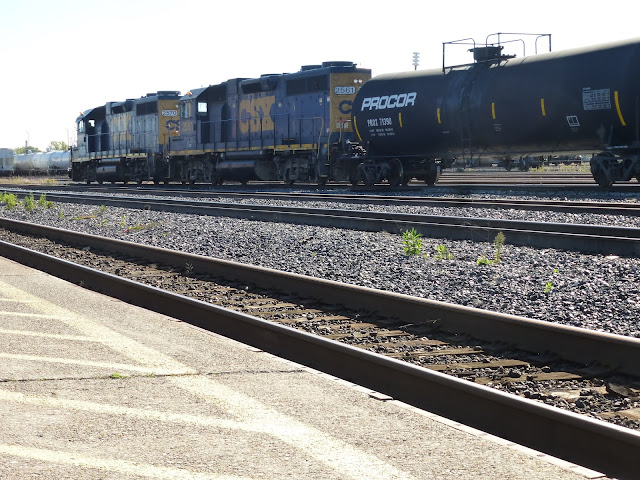 Although the sky was completely washed out, I was able to capture some detail of the train as it headed east toward the Indian Road overpass. It's a long line of Procor tank cars. Interestingly, Procor has its own maintenance facility on the east edge of the yard, just beyond Modeland Road, complete with its own access road that is named after the company. 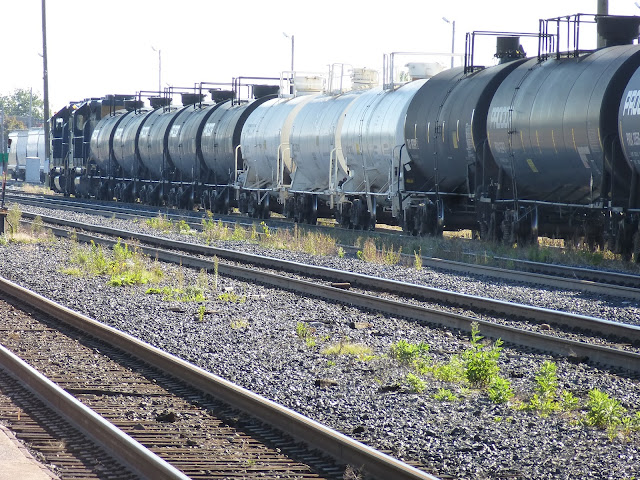 This is why I stuck with the train for so long. In this shot you can see three consists at various stages of organization. The CSX interchange is headed for Indian Road while two CN yard jobs continue their rounds just beneath the overpass. You can also see the broom stick standing out on the switch stand in the foreground. Most switches in this yard seem to be manual, with a broom at the read for when snow needs to be cleared away. 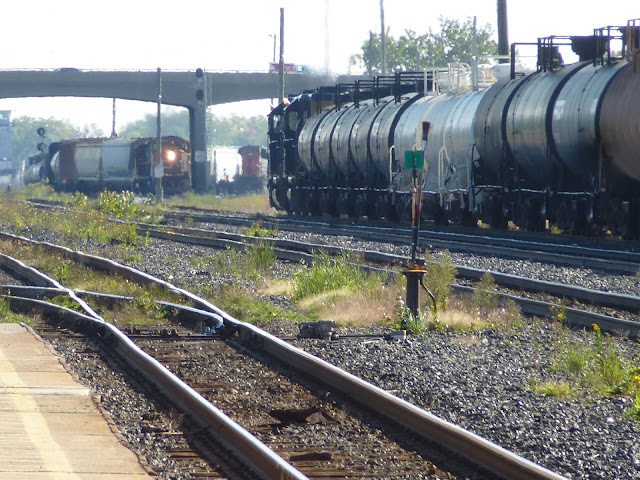 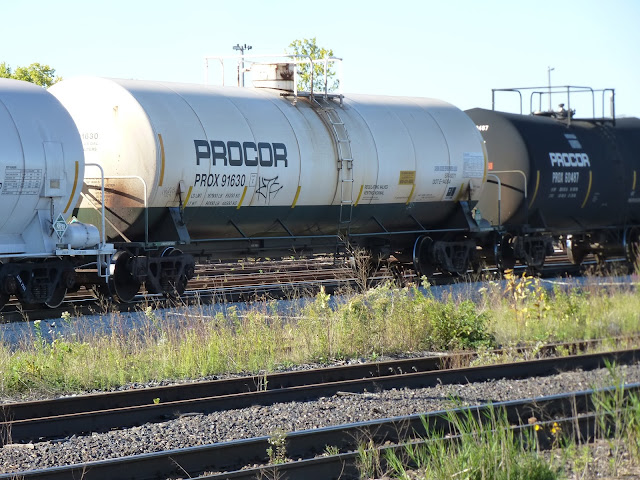 As I mentioned, I have seen this train a number of times in the yard. Anyone that is a railfan in Sarnia knows to be in the yard around 9:30-10:30 a.m. to catch this train.

You can read about my previous encounters with this train by clicking here and here.
Posted by Michael at Friday, November 04, 2016