I have a soft spot for these locomotives. To me, they are the true unsung heroes of passenger railways. Their service on Via Rail Canada's network has been pretty solid for 25 years. My aim this week is not necessarily to go over the locomotive's history, but to explore the F40PH-2's curious role in passenger transportation in Canada. (For those interested in Via Rail history, I would suggest checking out Eric Gagnon's Via Rail book blog or his Trackside Treasure blog.)

My first impression of this locomotive is that what it lacks in style it makes up in reliability.

I wonder about this locomotive and its role in Via's history in the late 1980s and early 1990s when it was first delivered to the network from London, Ont.'s former GM Diesel plant. The locomotive falls into a funny period in Via's history, well after Via took ownership of CP and CN's faltering F units. But were it not for the problems with the original Bombarider LRC locomotives, I wonder just how many of the F40s would have been purchased and used on Via. 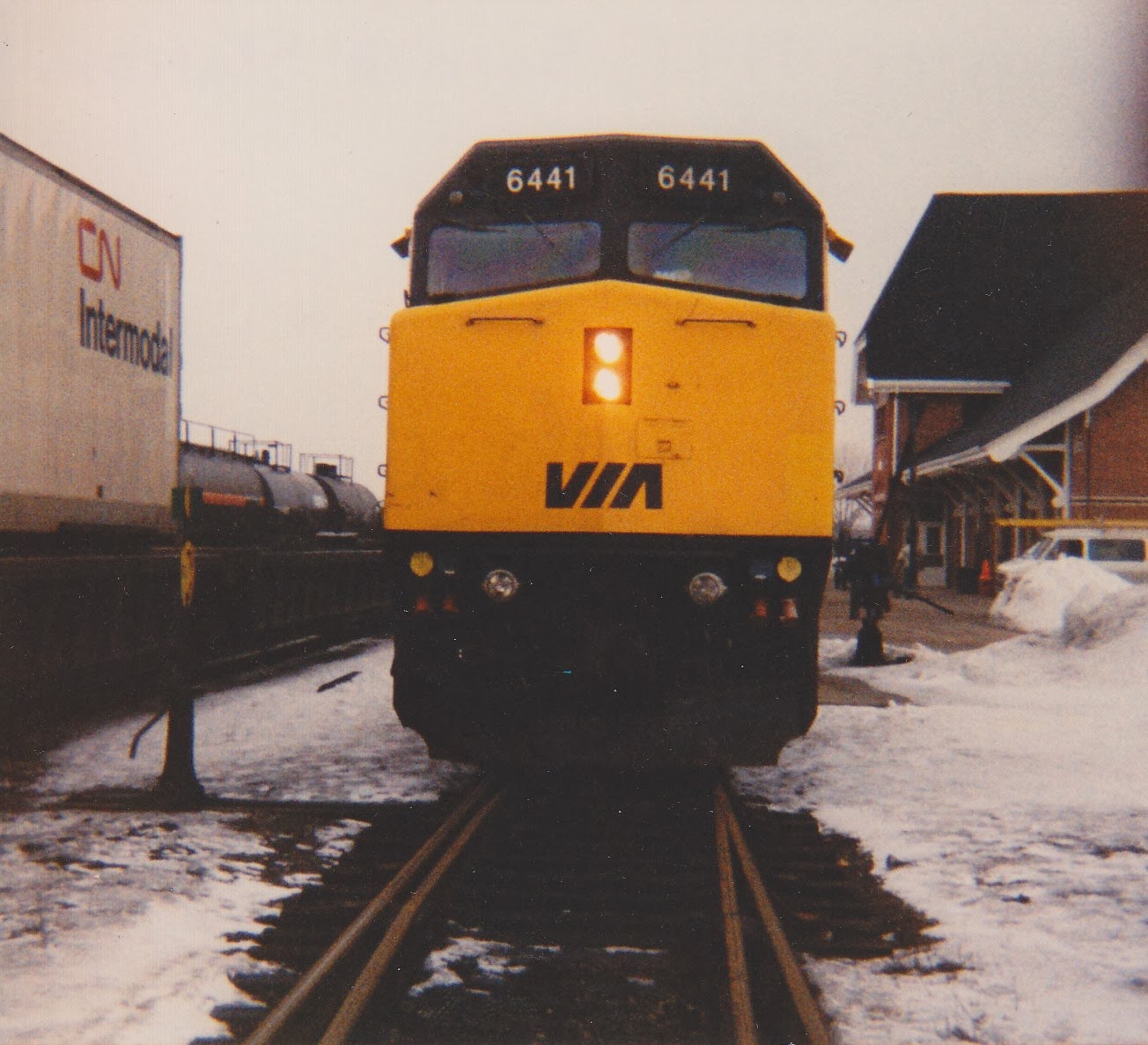 I would never call a 3000-hp, 16-cylinder locomotive with head end power a fall-back option for Via, especially since the locomotive has performed so well for Via and has been rebuilt for many more years of service.

But despite my admiration for this workhorse, I have come to the belief that there is something inherently awkward about the F40. I'm not saying this is a bad thing. It's kind of charming in a way. When you see these engines pulling the LRC coaches, it's clear that the two don't fit together all that well, but the site has become so common, we might tend to take it for granted that the F40 was not meant to pull these coaches.

Speaking of awkward, take a look at the Amtrak F40 332 with an older Amtrak coach in tow. The shot below was taken at Sarnia Station in the early 1990s, before the Toronto-Chicago rail connection, dubbed the International Limited, was discontinued by Via and Amtrak in 2004.

So, they might not win any beauty contests, but these locomotives have nonetheless become an icon of passenger transportation in Canada over the last 25 years, just like the old F9s were between the 1950s-1970s. If you don't agree, just check out the new Canadian $10 bill. (Link opens a PDF document) 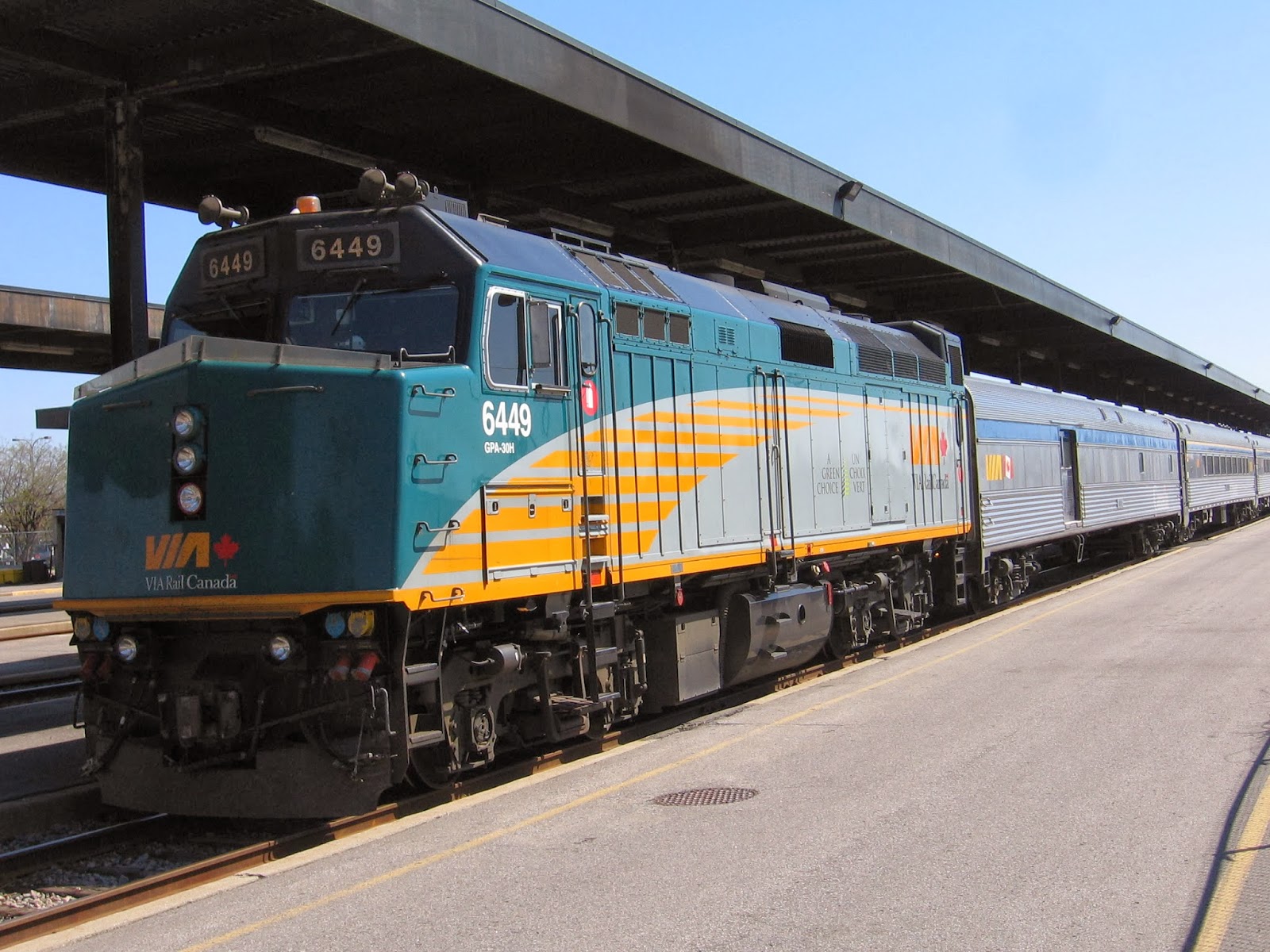 Over the years, the F40 has proven its value time and again in Via's corridor service but also with its long-haul trains, especially the Canadian and the Ocean. The shot above was taken May 3 of last year at Ottawa's central rail station. It's another example of an F40 pulling what one would think would be an awkward looking consist, if it weren't such a common site.

Over the years, these locomotives have sported a number of different looks (who remembers the Kool-Aid, Spiderman 2, Home Hardware, Telus, Grey Cup painted F40s?) and are now settling into their new renaissance look after having been rebuilt and modified over the last several years. Via's F40 fleet is one of the last remaining fleets of its size since Amtrak and GO Transit have both retired their fleets. 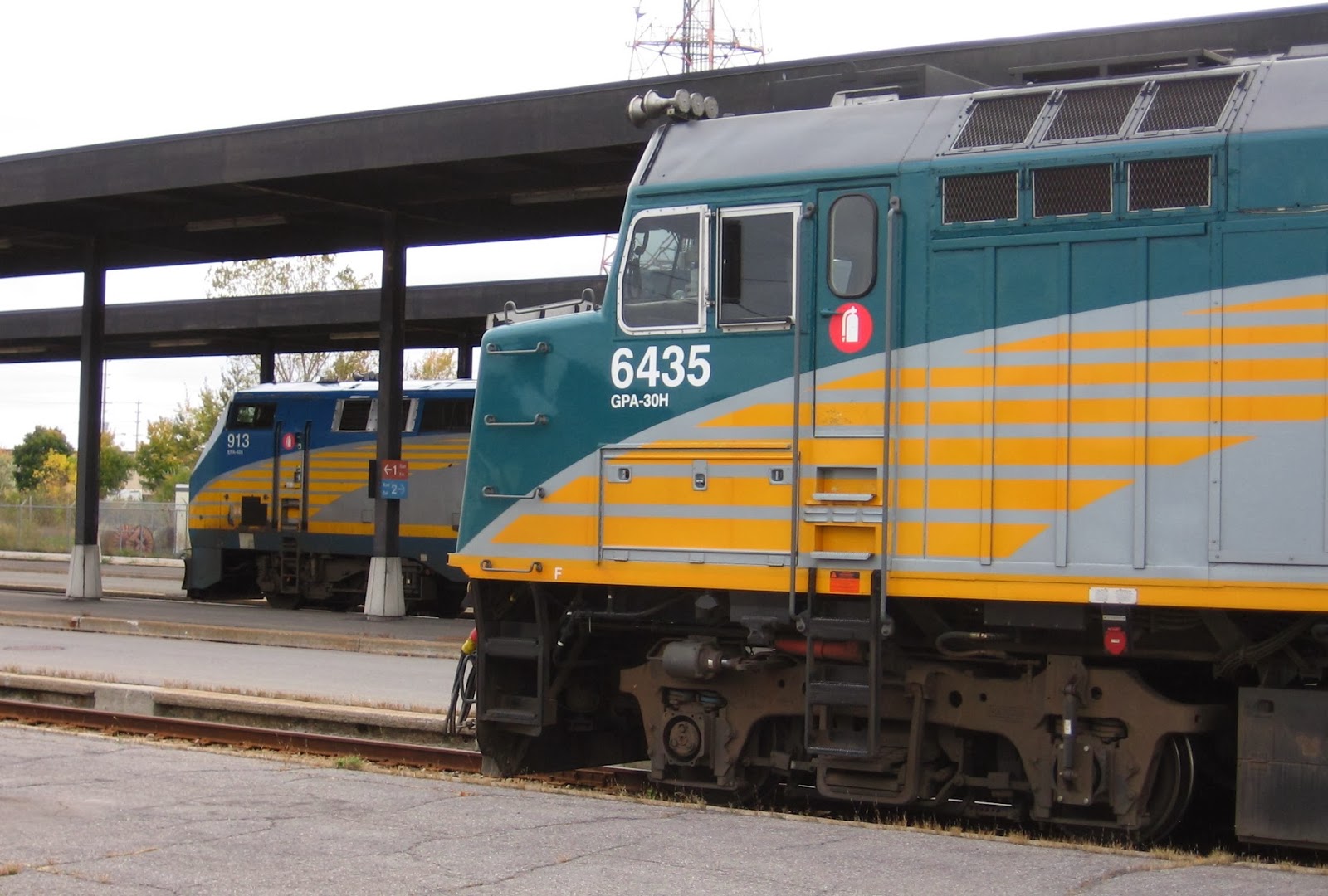 Today, the F40s work alongside the GE P42 DCs. When I first started seeing the GE units on Via trains, I realized how much I had taken the F40s for granted. The F40s may not have the sleek contours of the GE units, but they also don't look like they have been dropped on their heads.

I suppose I could wrap this up with more than a backhanded compliment for this locomotive, but it kind of seems fitting.

Unveiled at Toronto Union on December 15, 1986, 6400-6401 indeed heralded a new era. While the LRC locomotives were intended to provide new motive power, they instead sapped other resources, which is why the F40's ended up with the Mutt-and-Jeff much shorter LRC cars. Even the F's seemed more reliable than the LRC locomotives; certainly more durable.

And thanks for the shout-out in your latest post!
Eric

Thanks for the comments, Eric. Glad to see others share my respect for these units! I think I have more shots of F40s than any other locomotive.