Can Ottawa save Beachburg Subdivision?

At the eleventh hour, the City of Ottawa might finally be trying to save the Beachburg Subdivision.

On Sept. 4th, the city's transportation committee unanimously approved a motion to send a letter to Transport Canada and the Canadian National Railway to stop any further removal of the rail line, which is still intact between the Pontiac Region in Quebec and Ottawa's northwestern end. 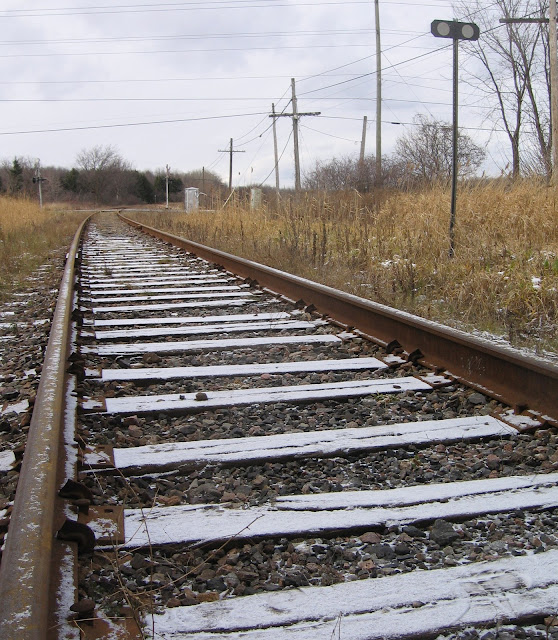 The motion, brought forward by two councillors who represent the wards that host the Beachburg Sub, is asking that the Pontiac Region be given more time to find a possible business partner to operate a railway on the remaining portion of the rail line. There are prospects for freight on the sub, including the Trebio wood pellet plant and a planned rail-serviced industrial park in the Pontiac, but CN officials have said that these prospects are not enough to sustain a profitable operation.

CN first offered the Beachburg Sub for sale in February 2010, at a cost of $21.7 million, according to a city report. Since that time, there has been an effort to purchase the line, led by business interests in the Pontiac Region and Renfrew County, with the help of the management of the former Ottawa Central Railway. With the line torn up in Renfrew County, the prospects to maintain this line are dim.

The wild card in this process is that the line has continuous welded rail (CWR) from its days as part of the CN's old transcontinental route. The rail is a valuable commodity and the railway would like to use it in busier parts of its network out west.

In the city report, there are a few comments which I found interesting, including this one:

"Realty Services Branch was in contact with CN to discuss the possible purchase of the corridor within City limits once it was abandoned."

The city's policies on railways are muddy at best. The city has no policy to acquire active rail corridors, the report states, nor does it have the capacity to operate a freight railway.

I question this policy and the statement above, since the city acquired the old Ellwood Subdivision from the Canadian Pacific shortly after CP discontinued service in 1997. The Beachburg Sub has been dormant for years, so calling it an active rail corridor is a stretch. Granted, the Ellwood Sub was much more strategic to the city because it hosts the O-Train, but whose to say what possibilities there are along the Beachburg Sub, especially given that the line runs though areas primed for development in both Ottawa and the Pontiac?

If the city is interested in acquiring the 38 km of rail line from CN once it has been abandoned, what will it do with the land? My guess is it would become a recreational trail. That is a reasonable solution, but I find it hard to believe that the city does not believe there is any viable prospect for commuter rail or freight rail on this line at any point in the future.

City officials know that the old OCR management is interested in operating a railway on this line and they also know that this management team believes there is a viable operation here, so I fail to see why the city is not interested in acquiring this line and leasing it to a railway operator. This strategy has been used in other municipalities, such as the Outaouais Region in Quebec, which owns the old CP Maniwaki Subdivision, which was leased to a steam train operator for years.

Here's another comment in the city report, which I find a bit baffling:

"The City is interested in the potential acquisition of all railway corridor lands within its jurisdiction, both operational and abandoned, for future use as a transportation corridor. The City of Ottawa has no current plans for the corridor, that is to say, the Transportation Master Plan does not identify this corridor as required for a rapid transit corridor or other transportation use within the timeframe of the Plan to 2031. The City is therefore not averse to CN retaining ownership of the corridor, or for any other rail operator using the railway for the foreseeable future should MRC Pontiac’s be successful in its attempt to find a business partner to purchase or lease the railway."

This statement seems to contradict the previous statement that the city wants to acquire the Beachburg Sub, once it is abandoned. It also seems to contradict the city's own admission that it has no policy on acquiring so-called "active" rail lines. The statement does seem to suggest it supports the acquisition of the rail line, provided that someone else buys it and maintains it. Considering that the city has already invested nearly $60-million on the eight-kilometre O-Train line, an acquisition of Beachburg, provided there is a plan, makes sense. For a city that is prepared to start work on a deeply flawed multibillion-dollar light rail network, I can only laugh at its logic.

You can read the full report by going to the city's transportation committee page and clicking on the eAgenda link at the bottom of the page. You will then be prompted to enter a search term. Type "Beachburg" and you will find the report. I wish I could just link to the report, but it's never that easy with government sites.