The second part of my plan to do some railfanning in Florida included a visit to the Plant City Railway Museum and the adjacent railfanning platform at the junction of the old Atlantic Coast Line A Line and the Seaboard Railroad S Line. (Here's the first post.) It all sounded very promising. The daylight wasn't terribly kind and the position of the buildings meant this was the only decent shot I could get of this caboose. 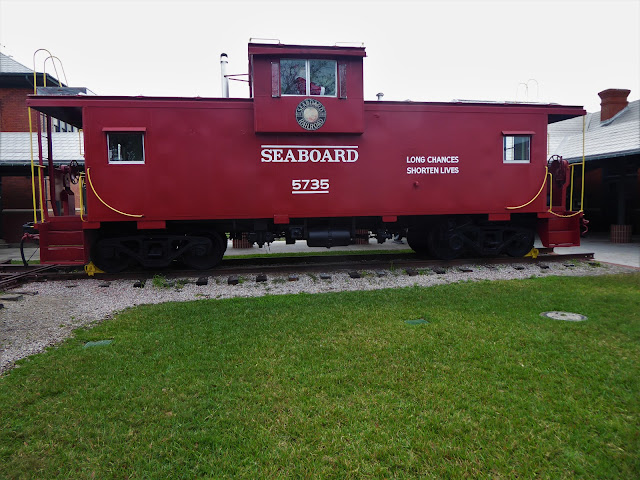 Those who read this blog know I am a fan of CSX's predecessor railways, since the Chessie System (former C&O, former Pere Marquette) served my hometown in Southwestern Ontario. That line still exists in a much reduced capacity as part of CSX's industrial switching operation for the Chemical Valley in Sarnia and a few scattered industries south of the city.

So a chance to see two historic predecessor rail lines in action was pretty exciting. The Robert W. Willaford Railroad Museum is located in the city's former Union Station in the downtown. It was not open on the morning I visited, sadly, but there was more than enough on the museum grounds to look at, including this wonderfully preserved and rehabilitated Seaboard Caboose.

Plant City is an area that is dotted with a number of railway tracks, but the activity in and around the city is mostly relegated to overnight freight action, which was a big disappointment to me. 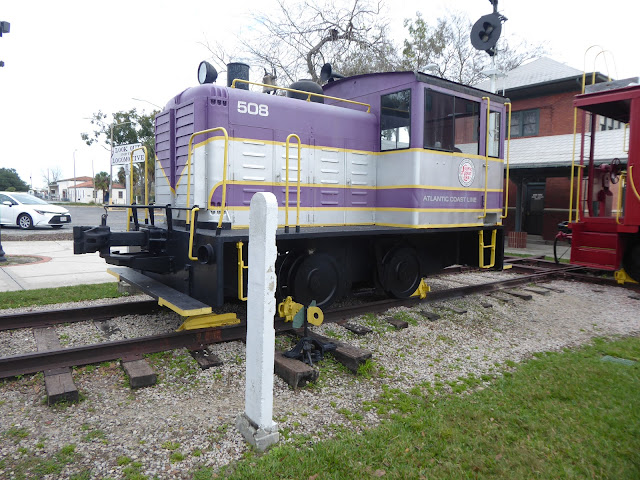 This Whitcomb switcher is almost too small to be believed. You have to see these machines to truly appreciate what it must have taken to fit any type of railroad-grade horsepower into such a small box. I looked at the axles and wheels on this thing and wondered how it maintained its balance. This unit, ACL 508, was painted in an unknown-to-me purple and grey livery for the old Atlantic Coast Line. These engines remind me of the trackmobiles you sometimes still see in industrial switching operations.Here's an example of one, for comparison. 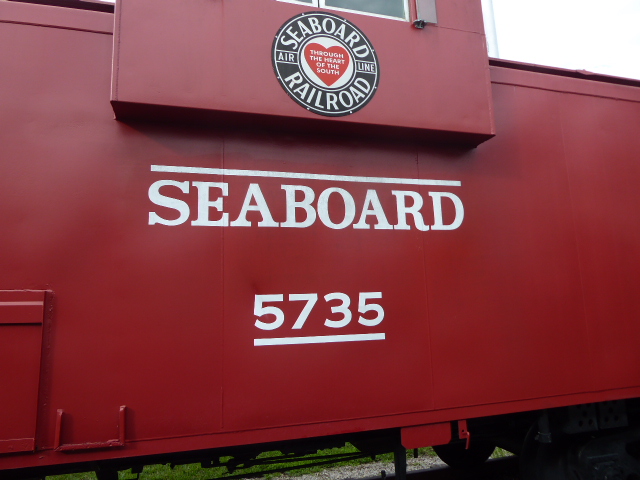 Since the S Line and A Line were so quiet, I made sure to seek out the details on the museum grounds, such as the Seaboard logo on the caboose. Here's an interesting piece of trivia. The Seaboard Railroad adopted the "Air Line" into its name as a way to compete with airlines. The Air Line nomenclature was meant to signify that the Seaboard routes were the straightest and most direct connections between destinations. So, in other words, it was like flying straight to your destination. Interesting marketing concept. I always liked this logo. 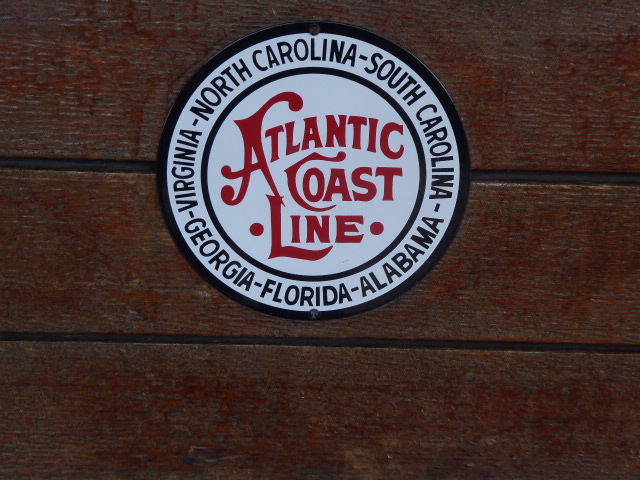 The ACL logo was incorporated into a number of railroad items on the grounds, including a few benches, which used old rails bent to act as supports for the wooden slats. I like that the old ACL listed its major destinations on the outside of its logo. It gives you a good idea of the reach of this old line. That tradition continued when Seaboard and ACL came together as the SCL, which in turn became part of the loosely joined Family Lines system (later Seaboard System). Here's an example of the Family Lines logo. 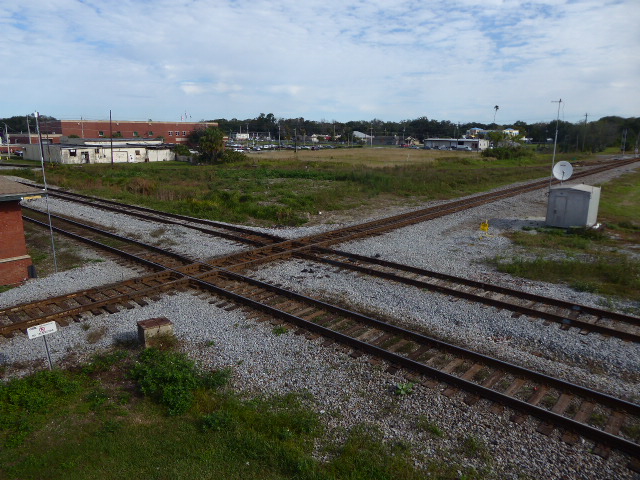 This is where I waited, and waited, and waited. The signals on the A Line and the S Line remained solid red in my time in Plant City, which meant that nothing was happening. I was really disappointed that not a single train passed through, although I did know going in that traffic was light to sporadic in the daytime. Welcome to modern PSR-obsessed railways. Sigh...

Another small piece of trivia I unearthed while in Plant City was that the town itself was not named after the famous strawberries that grow in the region. Chances are, if you buy strawberries with any regularity, as I do, you will likely buy Plant City strawberries at some point during the year. They are known to be some of tastiest in North America. But, the Plant in Plant City comes from the railway executive who originally laid the tracks through this area. So, like many other cities and towns across North America, the town name can be traced back to the railways. 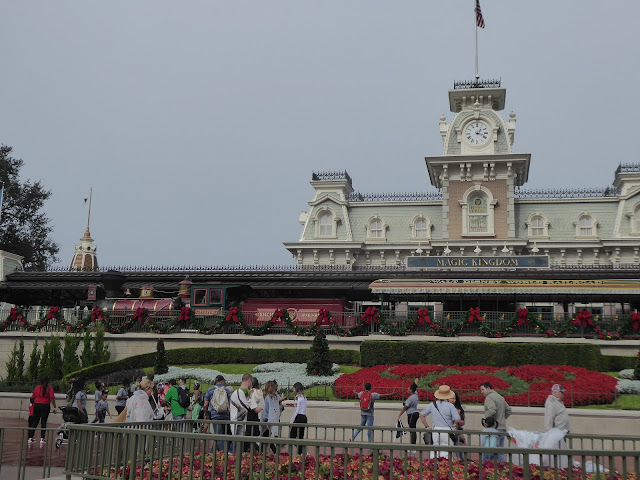 The final insult in my time in Florida was my time spent with my kids at Disney World. Even the Magic Kingdom's famous steam railway was out of commission on the day I visited. The entire railway was undergoing significant maintenance and renewal, including the removal of some of its narrow gauge track. I will hand it to the people in charge through, who knew enough to park one of the trains in front of the Magic Kingdom train station for the Christmas season. A nice touch.

In case anyone is wondering, yes I have some strong opinions on the absolute disastrous launch of Ottawa's Confederation Line light rail service. But that post will have to wait for another day.