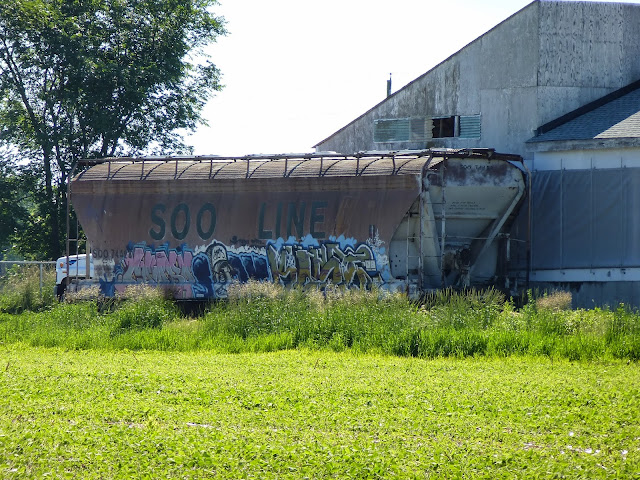 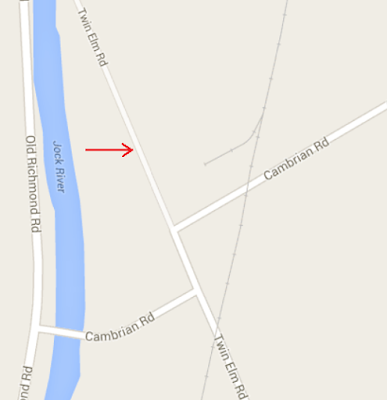 CN still serves this mill, although I have yet to see CN 589 service this mill in the times I have caught CN 589. But on a sunny summer day, it's a good spot to snap a shot of something that is quickly fading from the railway landscape.
Posted by Michael at Friday, May 20, 2016

Do you read all the comments people have for you?

I have a few suggestions for pages - pictures of what former rights of way look like now and pictures of static cars and locomotives in the area that people can visit.

For example - the flanger at Juniper Fairways on the way to Smiths Falls and the Cornwall Street railway loco in Cornwall. There is a similar one in Ganonoque too.

CN Train 589... Is this the same train # that runs east out of Walkley Yard weekday mornings ?
I recently saw a video of a CN train going to Hawkesbury and it was called CN Train 589.
Train 589 seems to go everywhere out of Ottawa.

Thanks for the comments, David and Anonymous. David, the trains out of Walkley Yard (to my knowledge) are 589 and 584. 589 runs three days a week, twice on the Smiths Falls Sub and once a week, Wednesday, on the Beachburg Sub and Renfrew Spur. The 584 train runs east to Hawkesbury and elsewhere. Of course, my info might be a bit out of date. They might have renumbered the eastbound local 589. Since CN operates only runs one train a day out of Walkley (only one locomotive is ever assigned to Ottawa), having one train number does simplify things.

And, to answer the first suggestion, I am working on some posts about former right-of-ways in the Ottawa area.