A visit to Greenfield Village

The following is my brother Marc's account of his family's summer trip to something all railfans would love: Greenfield Village near Detroit, Michigan. Please feel free to leave a message and let him know what you think - Michael

Henry Ford’s vision and legacy changed the world. His innovation, business sense and social ideas have shaped our world into what it is today. In Dearborn, Michigan, a suburb of Detroit, is one of the most significant museums in the United States.


The Henry Ford Museum houses an immense collection of technology, art and Americana. It is a must see for anyone who loves history.


Nestled to the side of The Henry Ford (as locals call it) is Greenfield Village. Originally the site of an agricultural college, it is now a 90-acre recreation of a turn-of-the-century industrial village. The village covers many aspects of the industrial revolution in America, but for the focus of this post, I will try to cover the many aspects of rail history. After all, Henry Ford's ideas, which led to the automotive assembly line, also led to a major change for freight railways, who have enjoyed a symbiotic relationship with automotive production plants ever since.


I took my family to the museum for a day trip this summer. As you may have read here before, my young son is a railfan. It’s in our family's blood, generations deep. Thomas the Tank Engine was the main attraction for the kids, a life-sized engine taking kids for a ride. 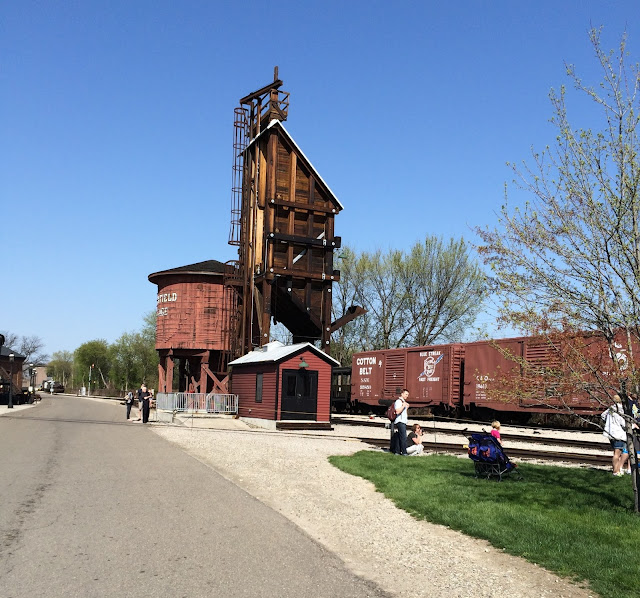 Greenfield is circled by the Weiser Railroad, a passenger train that travels around the perimeter of the village with four stations. Steam power, of course! 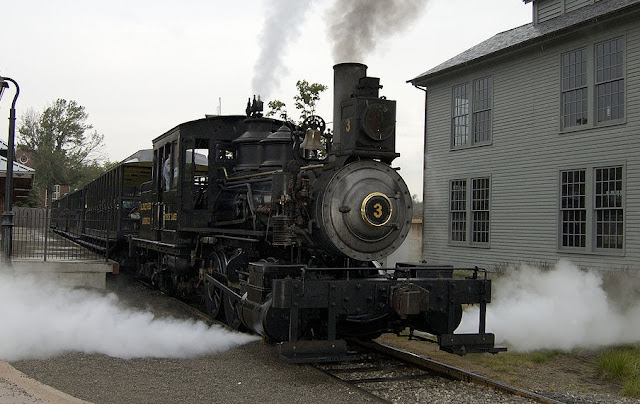 Torch Lake, an 1873 0-6-4 Mason Bogie steam locomotive. It's one of the oldest operating steam engines in the USA.

Another interesting site for railfans, especially those who like vintage rolling stock. You can see the vintage Cotton Belt boxcar, a C&O For Progress-clad boxcar and an ornate New York, New Haven and Hartford boxcar. 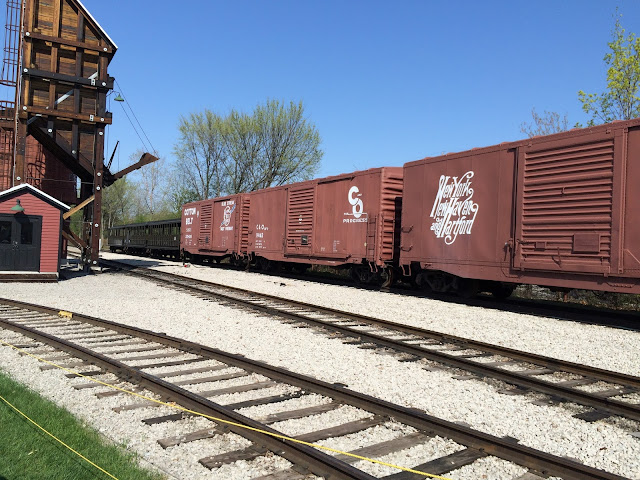 At the end of the string, a wooden Detroit, Toledo and Ironton boxcar. DT&I was a precursor to the Grand Trunk Western, a CN subsidiary that operated in Michigan for years before it was folded back into CN. 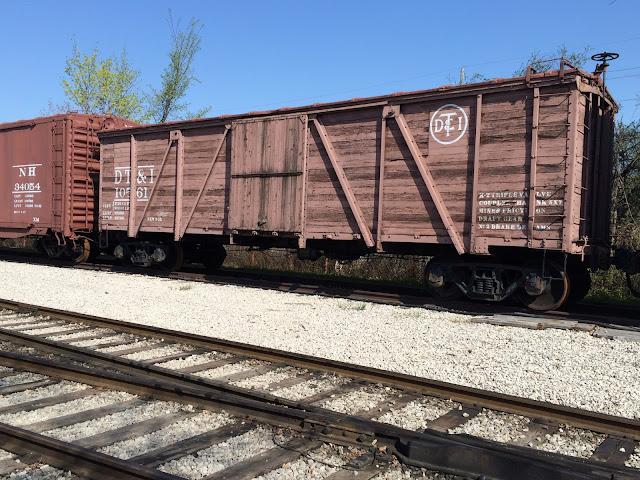 The Weiser Railroad is unusual, in that it is connected to the Norfolk Southern right-of-way that is used by Amtrak for the Detroit-Chicago run. There is a station reserved for tours that arrive via Amtrak (pun intended, for Canadian readers).


Another great attraction is a operating steam crane that was used in the construction of the Windsor-Detroit rail tunnel. Built by the Detroit River Tunnel Company for the Canada Southern Railway in the early 1900s, it was leased by the Michigan Central Railroad and owned by MCR parent company the New York Central. It changed hands through the years, ending up in the hands of CPR and CN in the end. That tunnel warrants its own post! 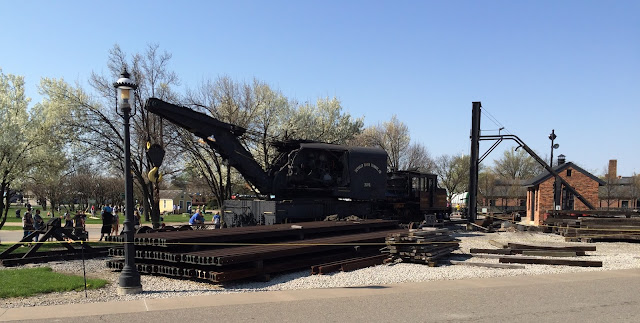 The crane was lifting and moving rails and trucks for the crowd. It was fascinating to watch. Be ready for the whistle, it’s loud! 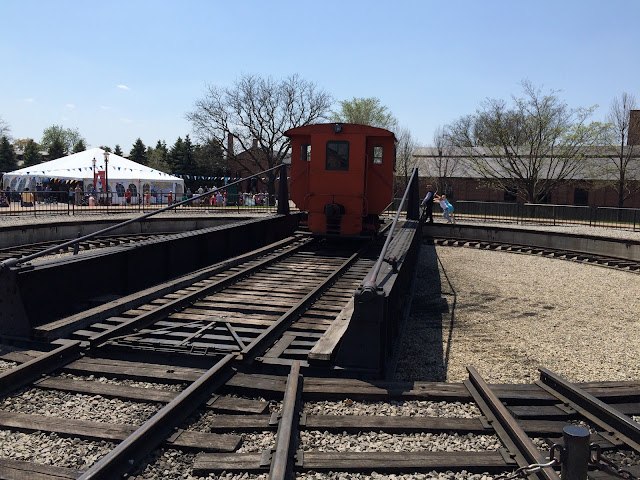 Kids could take turns rotating this little engine around the manually-powered turntable. A lesson in leverage. 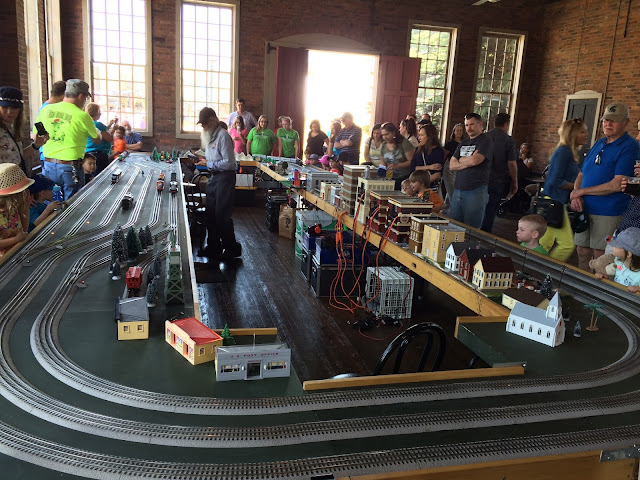 Forgot to add: the last picture with the steam engines...The one in the foreground was Mr. Ford's personal train. It was used by his family for personal and business trips. Marc

Thanks to roving reporter and guest blogger Marc! Great coverage and photos. Would like to visit someday. Henry Ford is often slagged by critics, but he did a heck of a lot of stuff!

I believe there is/was at one time a CPR snowplow there as well!

Thanks for sharing, Michael and Marc!
Eric

Thanks for your comments, Eric. I had actually forgotten about this post when it appeared in my inbox. So thanks to my brother for sharing these when he did. The summer photos give me hope as we head into the shortest days of the year.