This is the second in a series of posts profiling some of the more interesting pieces of rolling stock on display at the Railway Museum of Eastern Ontario in Smiths Falls. Read the first post in this series here.

At first glance, this CP caboose resembled the centre-mounted cupola cabooses I remembered from my childhood. Of course, most railfans would recognize this car as being quite a bit older, since the cupola is mounted off centre and is clearly clad in tongue-in-groove wood. But as I neared this old caboose, I noticed something was not as it should be. 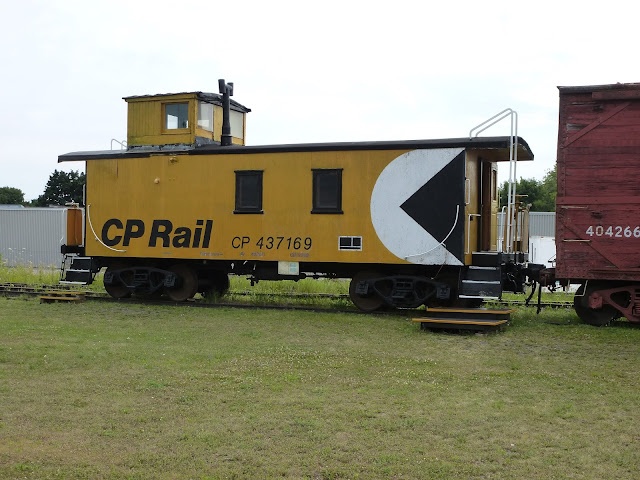 And this closer look confirms it. Expecting to see the slated wood finish, I discovered this old caboose was actually clad in plywood. It made me wonder why. So I did a little digging. 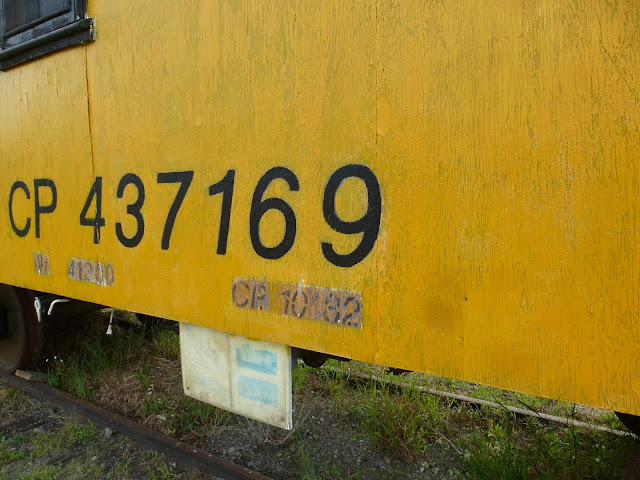 It turns out this caboose, CP 437169, was built in 1945 at Canadian Pacific's Angus shops in Montreal. The museum's website mentions that the car was actually constructed with plywood, instead of tongue-and-groove slats, due to ongoing materials rationing that was a result of Canada's war effort. Let's put this aside for a moment. We'll come back to it.

The museum's site also stated that the car, over the course of its career, went through 3-4 paint schemes before finally undergoing its final transformation in the CP multimark livery. The car served in Eastern Ontario before being retired by the railway in 1990. Upon its retirement, it was donated to the museum.

Below is the view you get when you walk into the car. You can see the interior is made of slated wood with a bench, desk, bed, stove, kitchenette and the cupola off toward the other end of the car. All in all, not a bad setup. The museum has done an excellent job of maintaining the interior of this old van. 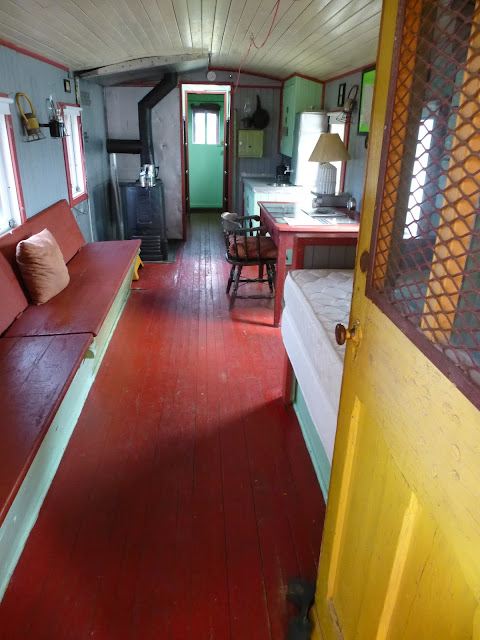 Below is a sister caboose to the one above. Numbered 437169, this car was also made in Montreal at the Angus shops and was retired in 1990 after serving in the Eastern Ontario region. If you compare this side profile with the side profile of the caboose above, you will see they are identical, but for the paint. The museum's website states that this car was originally built with slated wood and then sheeted over with plywood sheets at some point in its history. 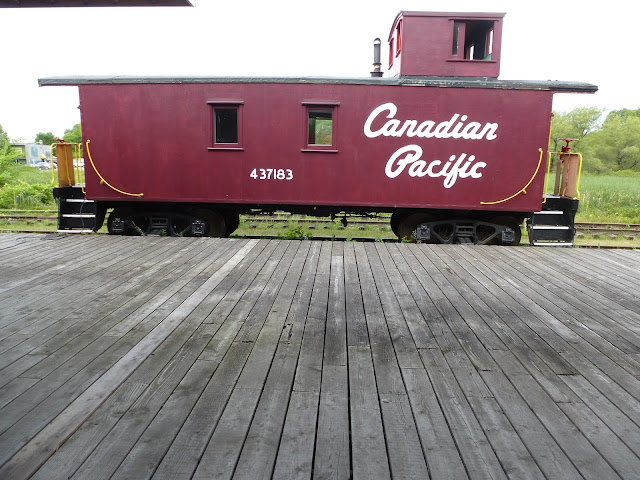 If you look closely, you can see the nailing edge on the end of the car. 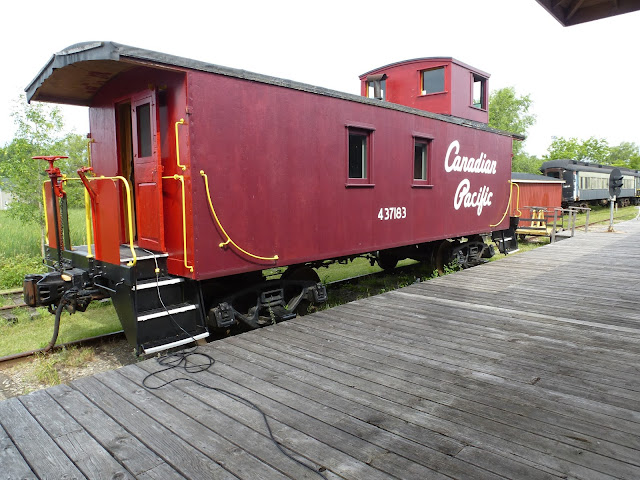 So the question remains, which story is correct? I can't imagine that one car would have been built with plywood while the other was made with slats. The interior of the yellow caboose shows that its interior was clearly made of slated wood, which leads me to believe that it too was re-sheeted at one point.

The next question is, why were these cars re-sheeted? Scanning a few websites, the best answer I found was that the railway found it was easier to maintain these cars with a plywood veneer rather than maintaining the slats. The one unintended consequence of this cost-saving measure, however, was that the exterior sheeting actually contributed to the slats underneath rotting, which compromised the structural integrity of the cars. 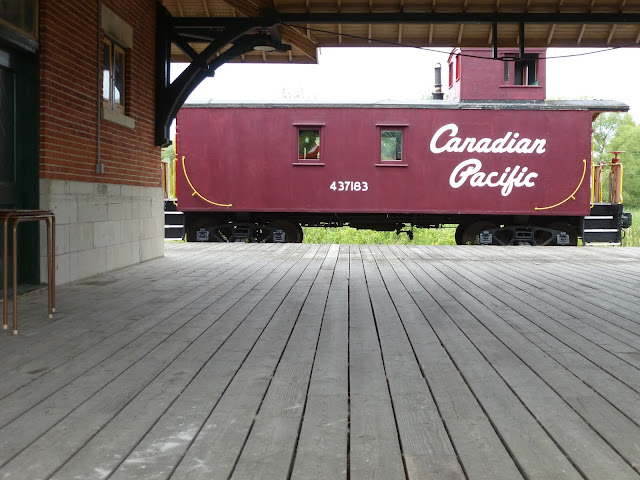 This last shot was my attempt at framing the above caboose next to a backdrop of the station. I shot this image in the area between the passenger waiting rooms and the railway express office, which was in a separate structure, although both were connected by the same roof.
I have to say that I have always been fascinated with old rolling stock being dressed up in contemporary railway liveries. I found this car in the Sarnia rail yard and was amazed that a car so old was repainted in the wet noodle paint scheme. The wood CP caboose in the multimark scheme appeals to me for the same reason. I was drawn to it immediately. I think it's the mixture of railways past and present that makes these cars unique.
﻿
Posted by Michael at Thursday, August 27, 2015