Guest post: Ride the Algoma Central Railway while you can (Part I)

In late 2012, we lost Ontario Northland's The Northlander, from Toronto to Cochrane. I still kick myself to this day for never having ridden it. In early March 2014, I found out that the Algoma Central Railway passenger service was to be cut. I feared that I had lost another train that I didn't make the time to ride. Thankfully, the Algoma Central received a one-year reprieve. When the extension was given, I told myself I would make time to ride it before I lost this train as well.

My original intent was to ride the line from end to end. But after some analysis, the following itinerary was much easier: 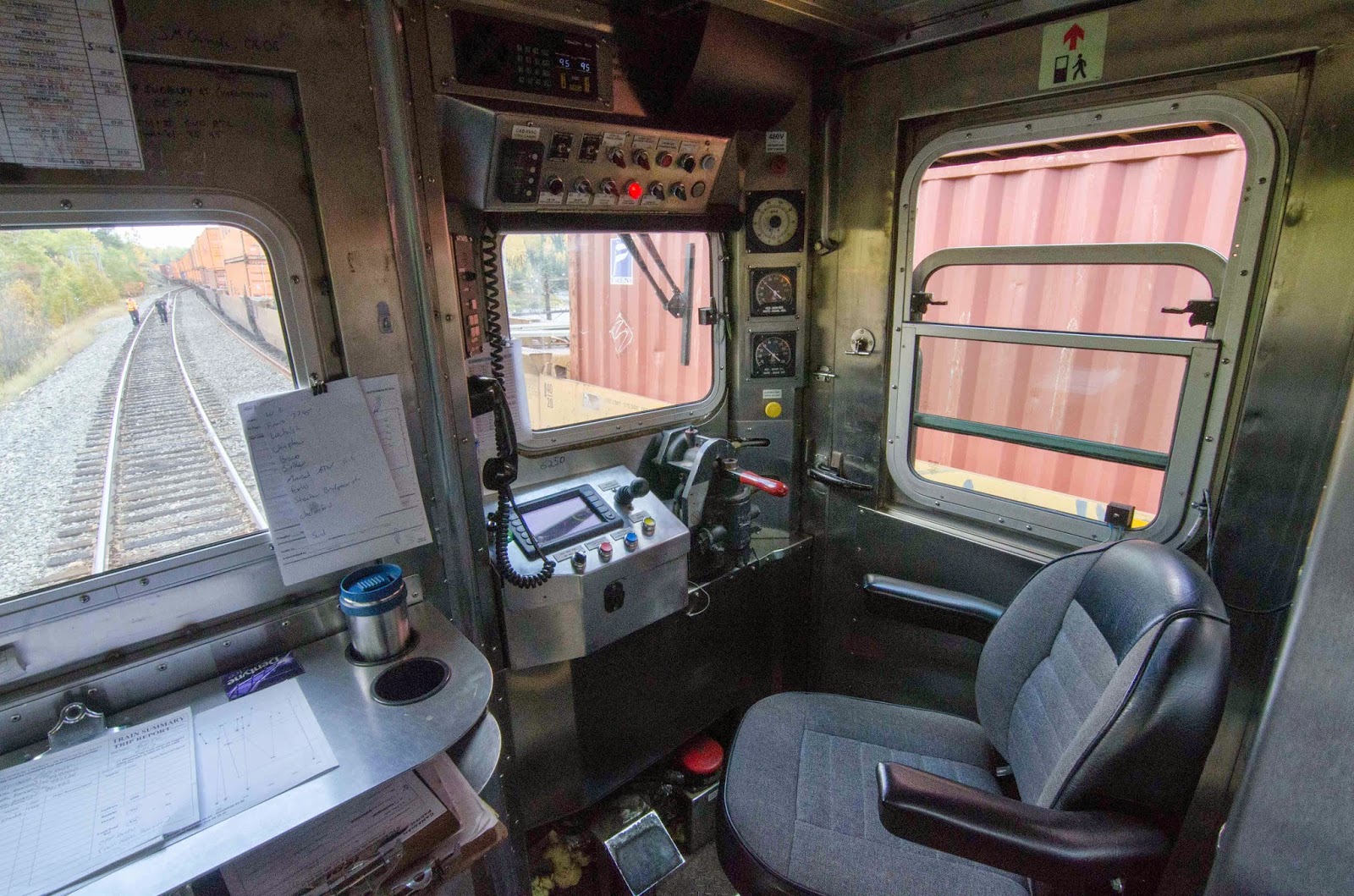 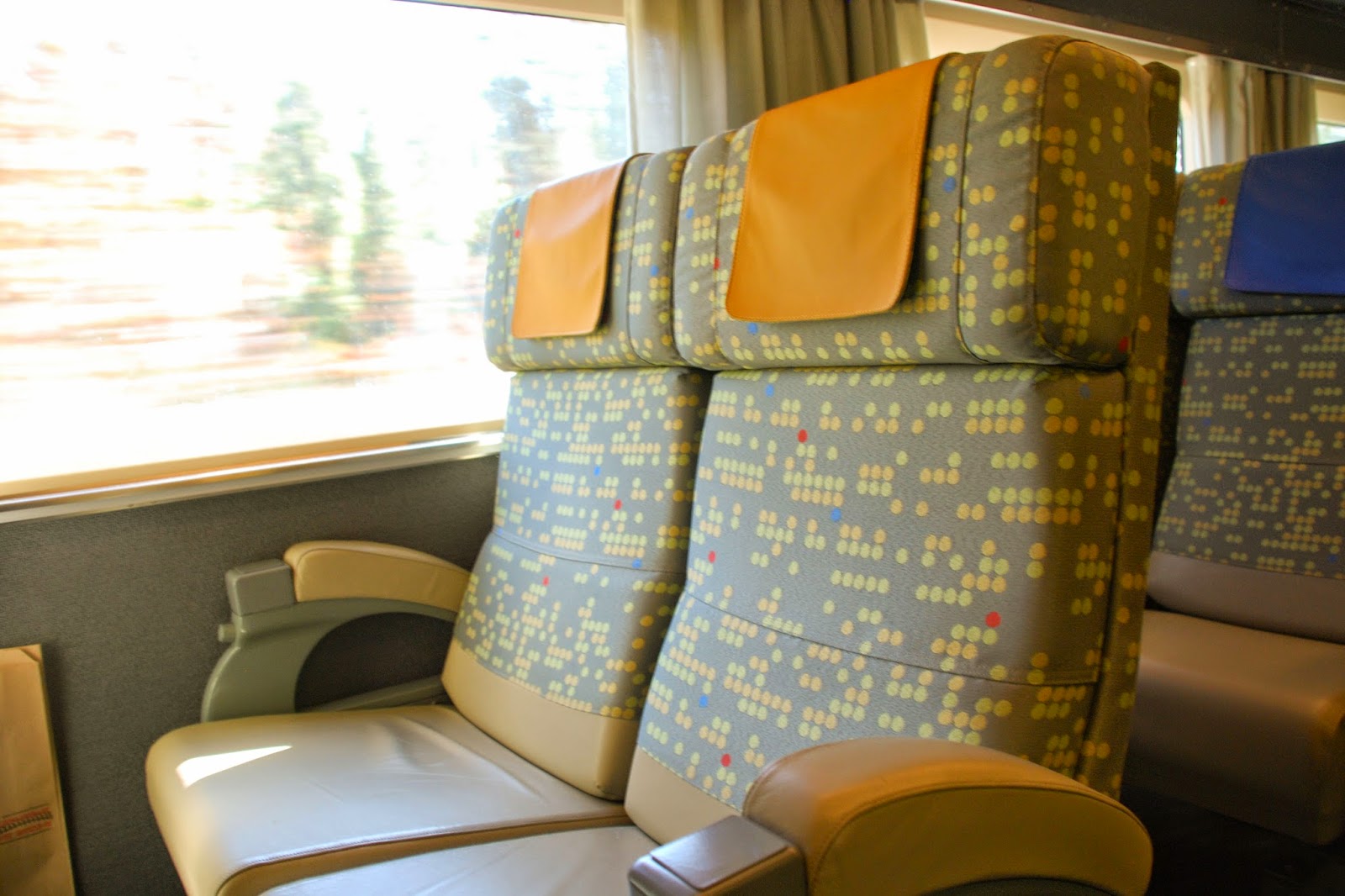 We departed Sudbury on time with about 10 passengers. In Chelmsford, we picked up a couple more. Half of the passengers were going to camps (some with canoes) along the line while the others were going to Cartier and Chapleau. Only one person was travelling the length of the line to White River. 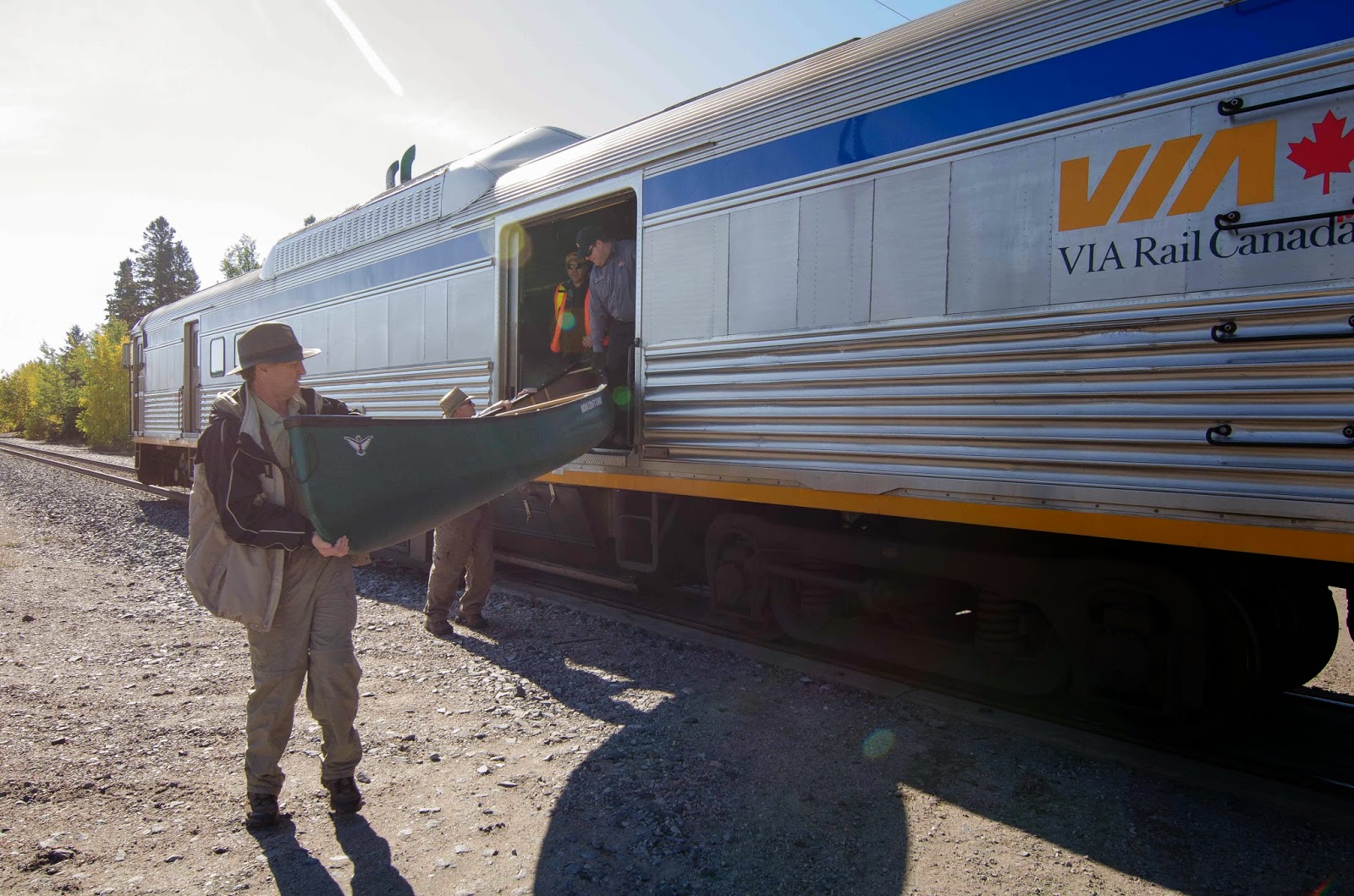 Via recently took over full operations on Via 185 and 186 (Lake Superior) from the Canadian Pacific. At the same time, the eastward schedule was modified to have it leave a couple of hours early to get it ahead of a slow freight train. Before the schedule changes, the train was typically three to four hours late arriving at Sudbury. After talking with the crew and passengers on this trip, it was apparent that these schedule changes significantly improved the train's punctuality. Many of the regular passengers commented to the staff that they appreciated this new punctuality. I can understand their appreciation since many of the stops were flag stops and would be miserable places to wait for hours in bad weather. 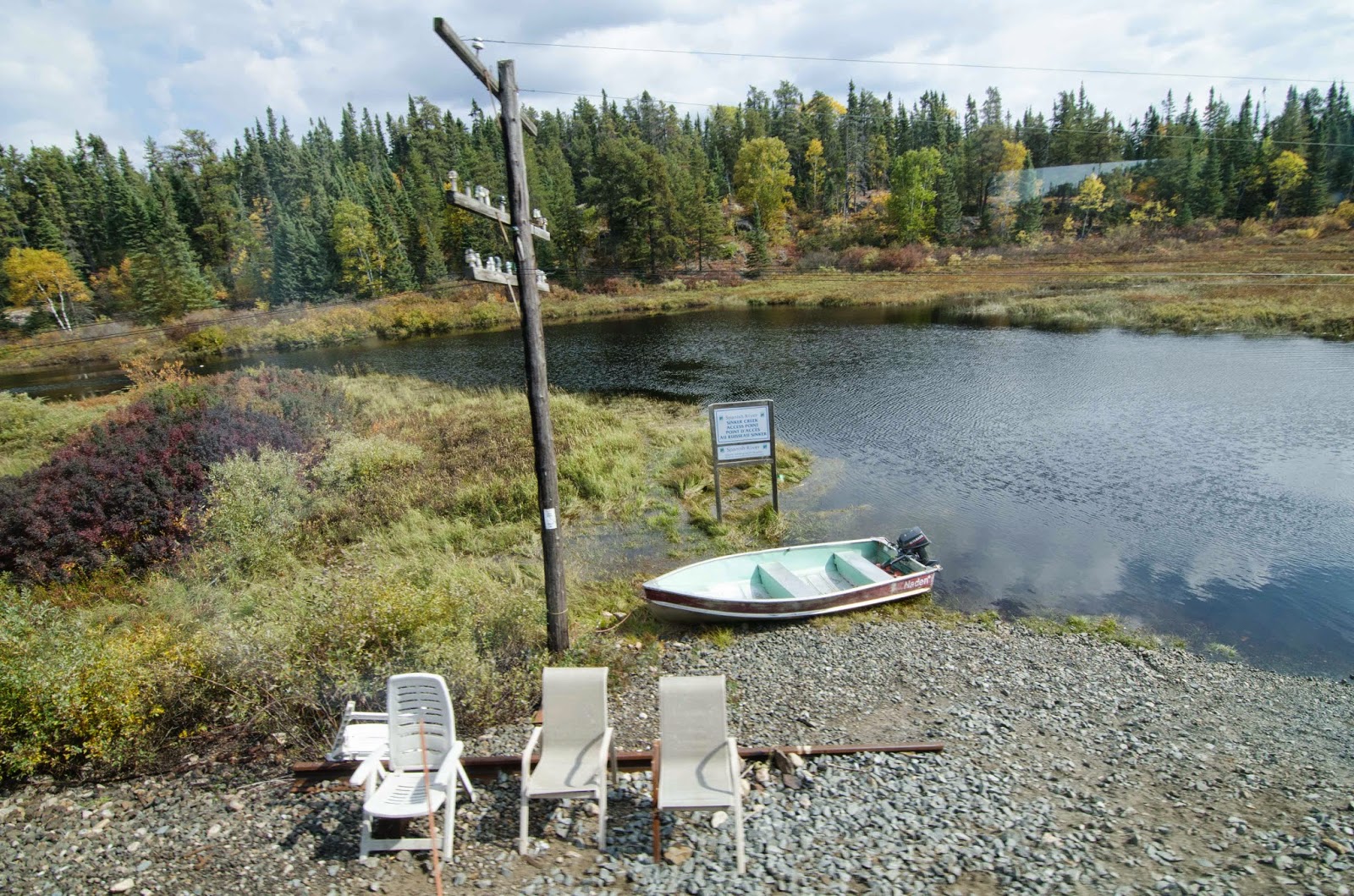 Sinker Creek: Nor your standard Via station

After Chapleau, there was only us only one other passenger on the train. Originally, I had planned to get off at Franz, but the hotel we were staying at advised us that the road from Franz to Dubreuilville was in very poor condition and suggested we get off a few miles before Franz at Park Road (Mile 77.9) because that road is in better condition. We arrived at our stop (Park Road) five minutes early and spent the night in Dubreuilville. 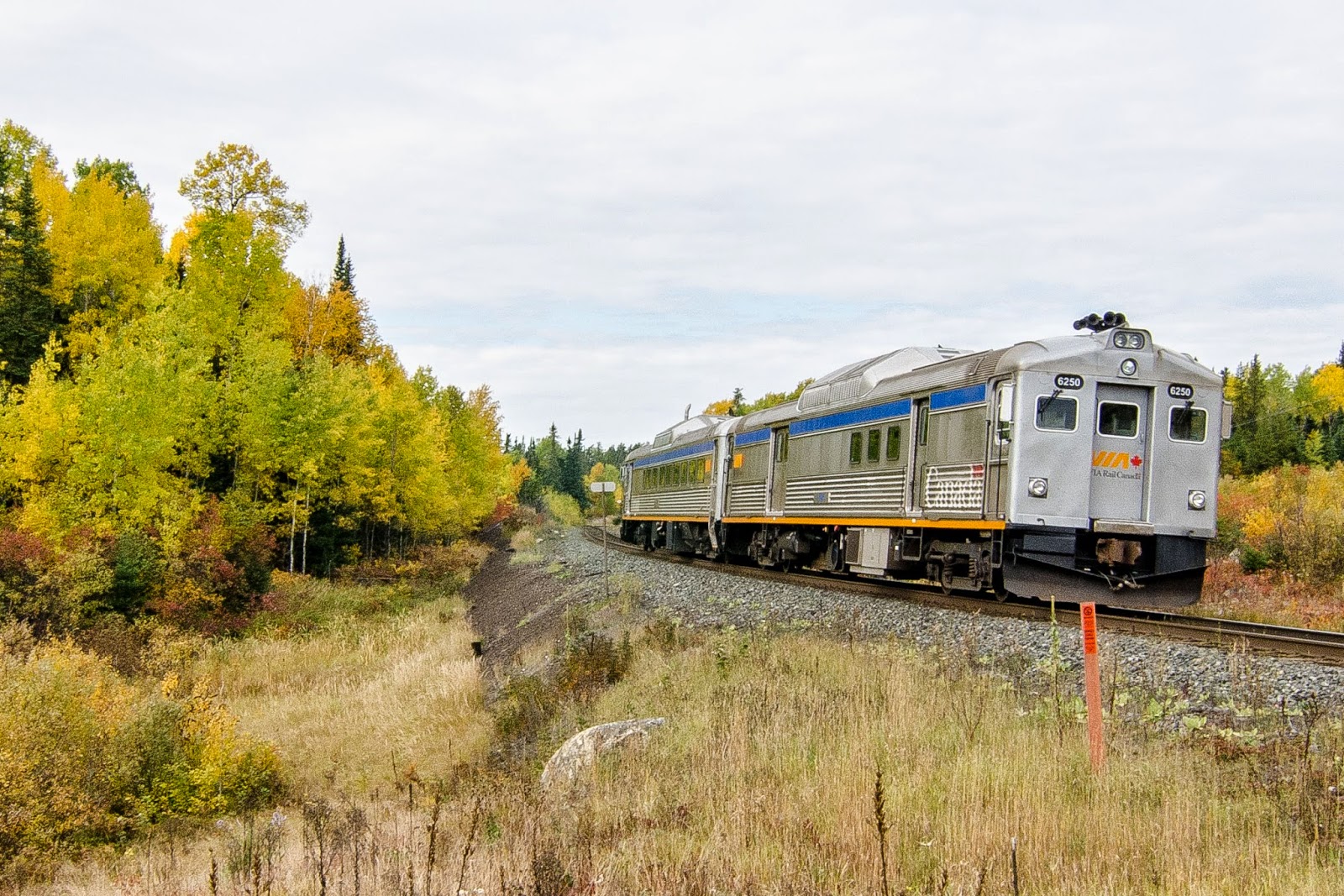 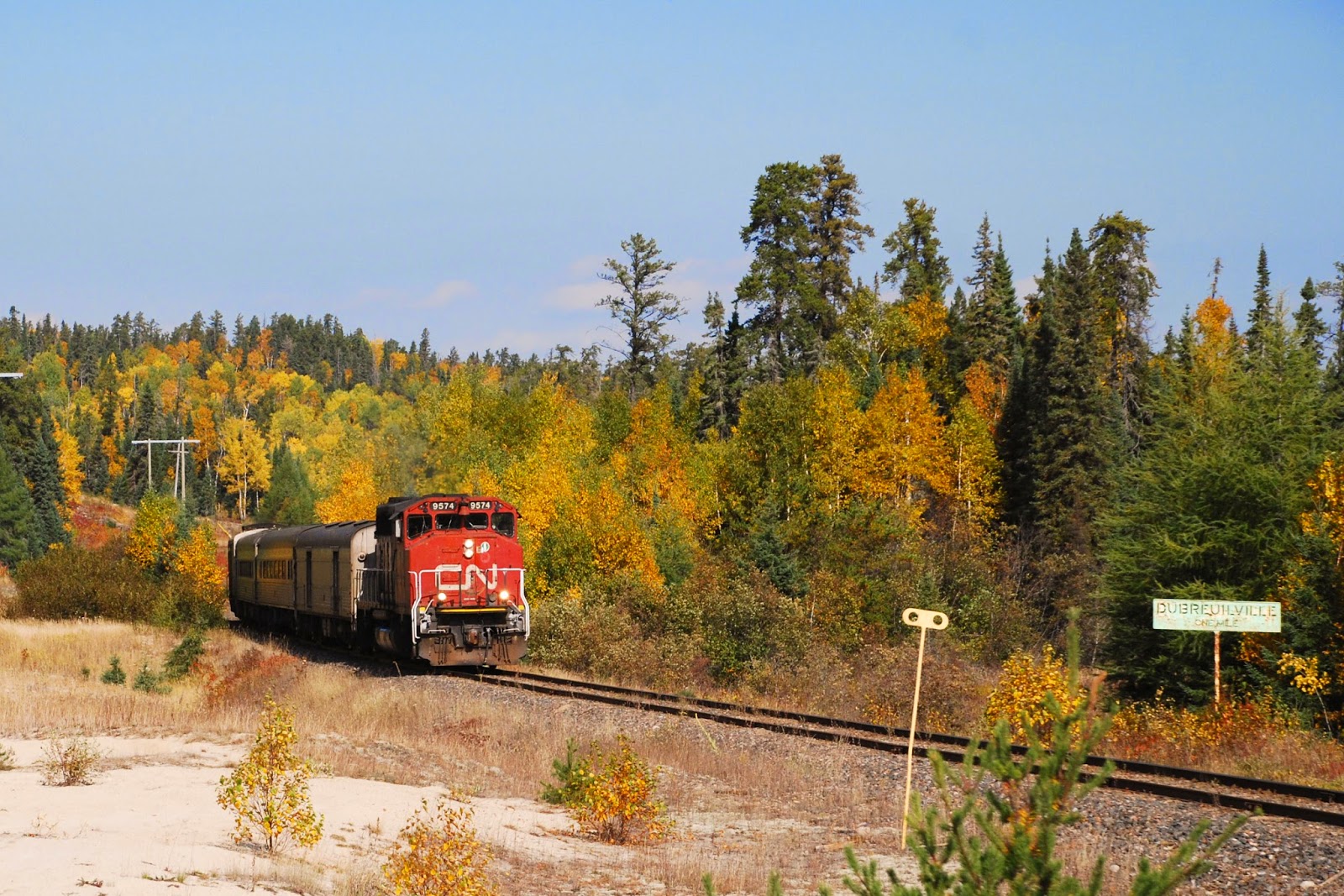 Our ACR boarding was a true flag stop. We went to where the gold mine road crosses the ACR tracks at Mile 183 on the Soo subdivision to catch the train. Unfortunately, they were expecting us a couple of miles earlier, behind an old mill. The train was travelling at a reasonable speed when we flagged them down. As we were flagging them down, I heard the crew on the scanner say "That is where they are. Stopping. Open door on the right." The consist of the train was CN GP40 9574, AC 312 luggage car (Budd), AC 5654, 5656 coaches (Budd) and AC 78 generator car (Alco). When we boarded, there were about 15 people on the train. About an hour later, we arrived at Hawk Junction. Just about everyone departed the train except for us and five others. 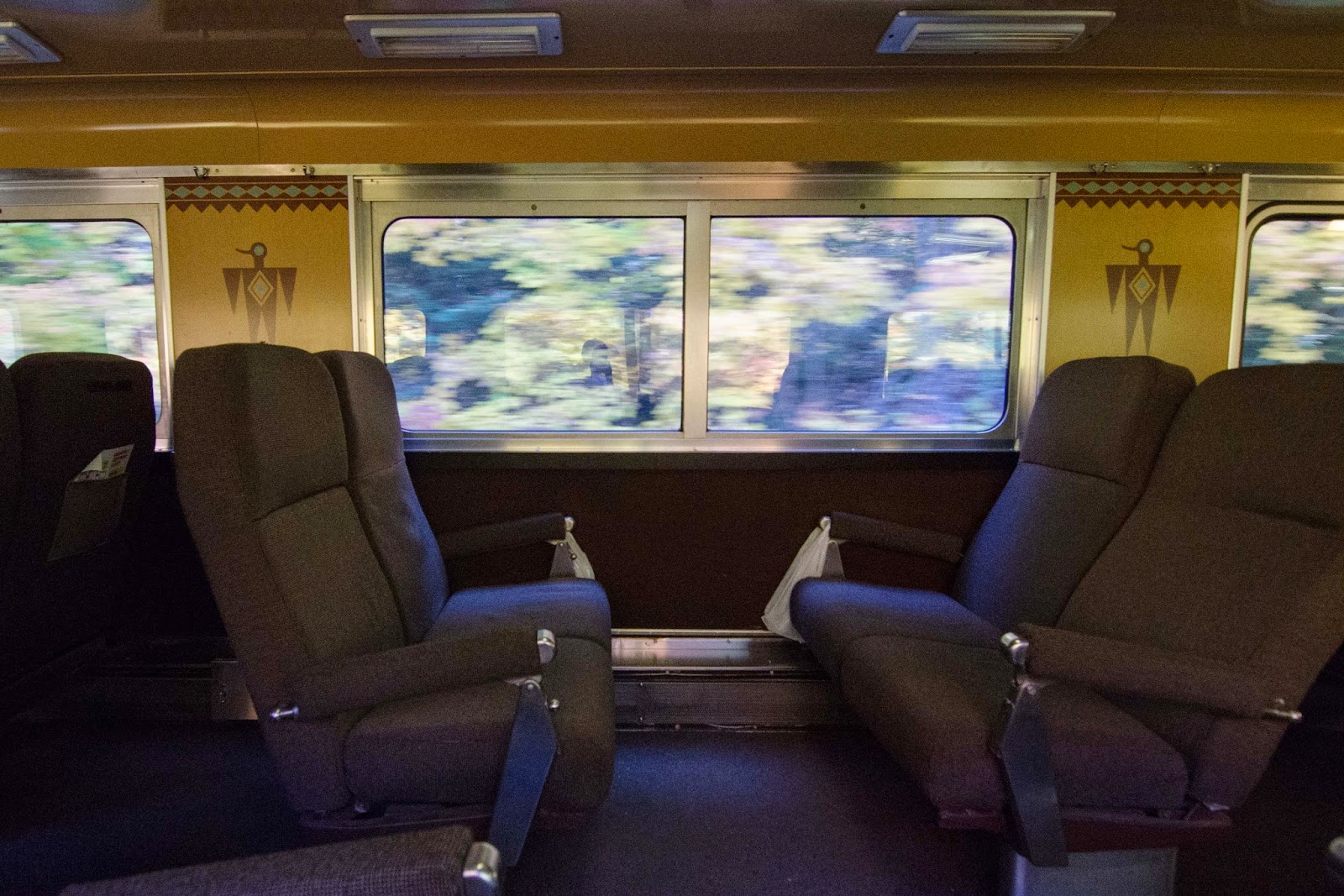 After we left Hawk Junction, we didn't stop to pick up or drop off any other passengers. All parts of the train were open to everyone, allowing us to wander around the baggage car and shoot pictures in the open air, out of doors and windows. It was a very nice feeling having your head out the window as you pass along this amazing scenery. The scenery is better than that on any train I've ridden in North America. 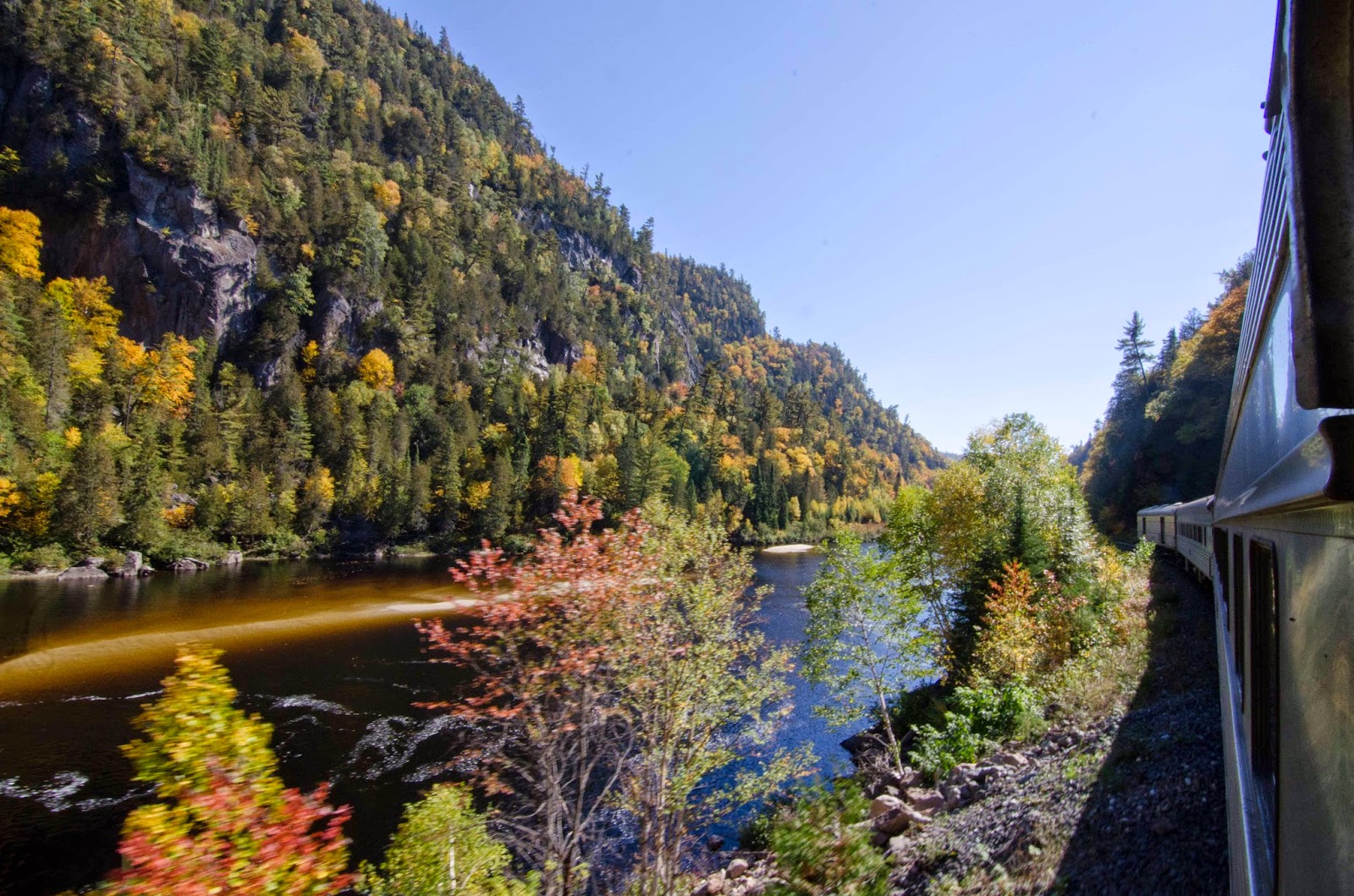 When we were about half an hour from our final destination, one of the train's staff went through the car to determine who needed taxis so that they would be there when we arrived. We arrived about 45 minutes behind schedule at the terminus in the ACR yard. 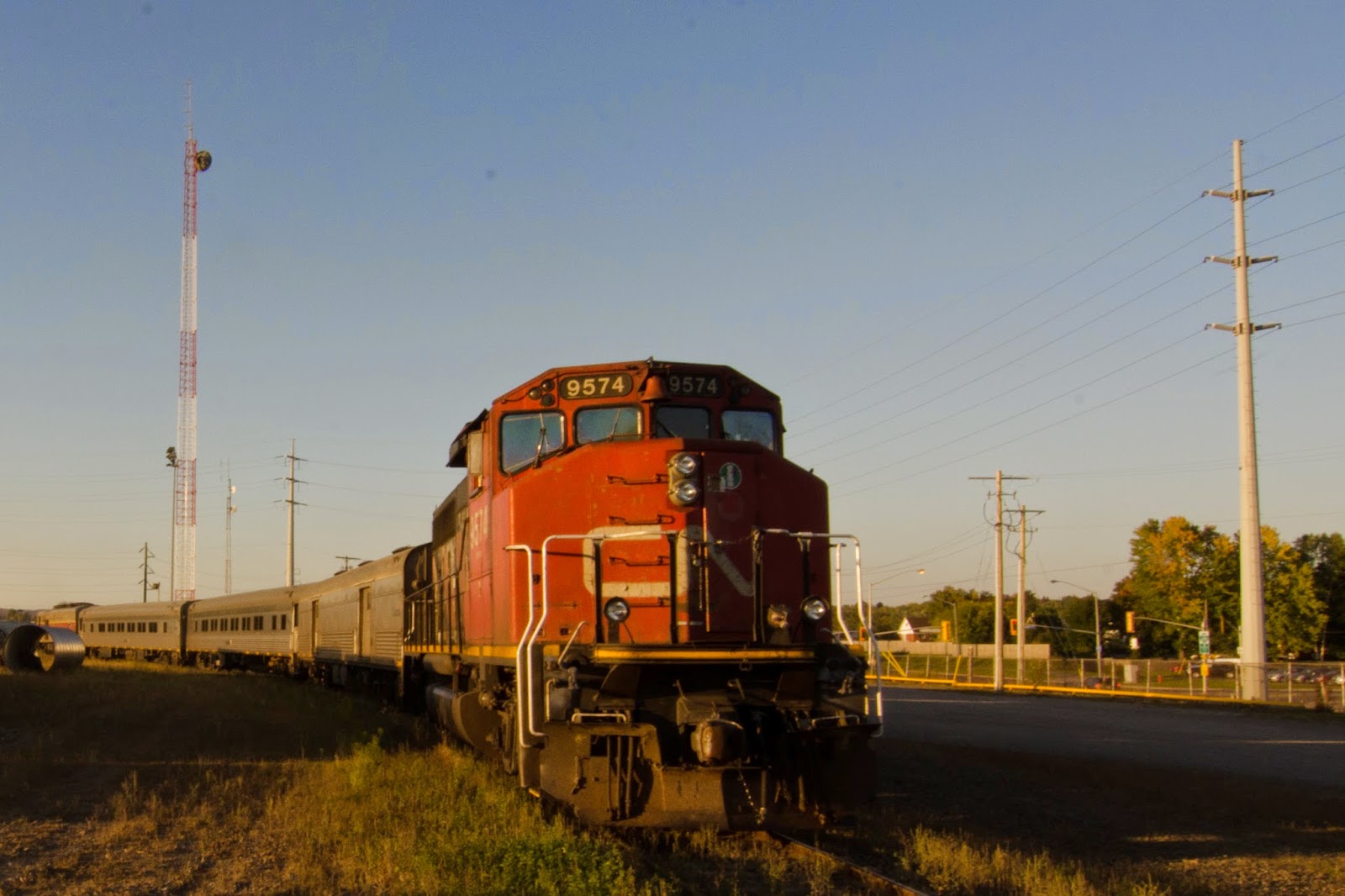 Thanks to Dave for sharing his photos and thoughts about this vital northern lifeline. Please come back next week for the second part of this post. Also, please take a moment to tell Dave what you thought - Michael

Great travelogue! It makes me want to ride the ACR :)

What a great trip. Thanks for sharing.

Great photos and it shows a totally different way of life to the UK train system.

Yes, the flag stop trains are very much a different way of life than the regular trains.

When you boarded the train, they would ask you where you wanted off and when you would be returning. They would write down in the calendar (kept in the train at all times) on the date of your return your name, note if there was special cargo. These notes help them look out for you on the return trip.

They make me think back to the way that many of trains used to be, where everything and everyone would come in or out by train. When talking to the crew, I asked them what interesting cargo they've seen, to which they responded they've seen pretty much everything from fridges, ATVs, moose, generators, and even garbage that people are taking out to the dump.