Like many Canadian cities, Ottawa owes much of its progress to the railways. Over the course of its history, the capital has seen its share of railroads, from the Grand Trunk to lumber baron John Rudolphus Booth's Canadian Atlantic Railway to the usual suspects, the Canadian National and the Canadian Pacific. The decline of Ottawa's rail network owes itself to two main factors. 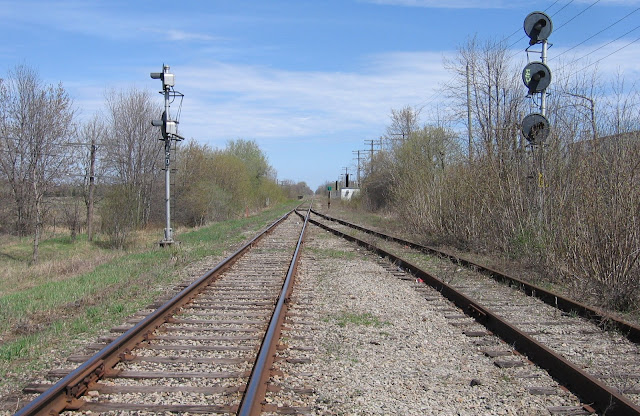 The first is the gradual decline of the Ottawa region's resource-based economy and the proliferation of its knowledge economy (high-tech and the government, obviously). It's hard to imagine how freight railways can serve an urban centre with so little heavy industry and and so few commodity industries nearby. This is especially true given how much track was removed from central Ottawa in the 1950s and 60s.

The removal of all that track began with a political decision in the early 1950s to clear much of the city, particularly the downtown, of rails for aesthetic reasons. Longtime Ottawa residents know all about the Greber Plan, an urban design plan that resulted in the creation of the city's celebrated Green Belt, numerous parks and biking trails, not to mention a whole host of other aesthetic and cultural features that transformed Ottawa into what it is today.

Few people in Ottawa would argue that this was a bad development. More on this in later posts, including the strange fate of the city's former Union Station.

Of course, railways have continued to serve Ottawa along the margins of the city since the last few rails were pulled from central Ottawa in the late 1960s. The Canadian Pacific abandoned the Ottawa region entirely in the late 1990s when its last remaining line discontinued service and was partially rehabilitated for the city's O-Train pilot project. That line is now being revamped once more to accommodate a faster O-Train.

Canadian National first gave up the ghost in Ottawa in 1998 when it sold its remaining assets to a company, which included the Ottawa Central Railway. OCR's parent company later purchased trackage from a shortline to Hawkesbury, Ont. and negotiated trackage rights on 138 kilometres of Via Rail's lines in the city and south to Coteau-du-Lac, Que. OCR operated between Pembroke on the Beachburg sub down to Coteau-du-Lac, Que., where it interchanged with CN. OCR handled newsprint, steel, pulp, forest products, petroleum and scrap on 200 kilometres of rail, mainly between Pembroke and Hawkesbury. The railway sported sleek black Alco RS-18s, which became a favourite for local rail watchers.

OCR ran into some trouble with the onset of the recession, which resulted in the loss of industry in Eastern Ontario. In 2008, OCR was acquired by CN. Since that time, CN has continued operations in the city, although it has not used the Beachburg branch, despite some promising prospects on the line, including the 2010 start-up of a Trebio wood pellet plant at the old Smurfit-Stone facility in Portage-du-Fort, Que. and another potential opening of a shuttered plant in Renfrew County. Estimates have suggested hundreds of carloads could initially be carried along the line. James Allen, former general manager of OCR, spoke to me for a freelance article I wrote and said that the Trebio plant wanted to ship its goods via rail. The line is still being ripped up, despite pleas by the working group Transport Pontiac Renfrew, which is trying to revive the line.

This brings us to the present. With plans for a new shortline railway along the Beachburg sub compromised and no immediate prospects for major new business, CN will carry on as it is in Ottawa. According to local rail watchers, this includes a single locomotive making two moves a day in and out of the Walkley railyard.

This is the scene near where I live in west Ottawa. 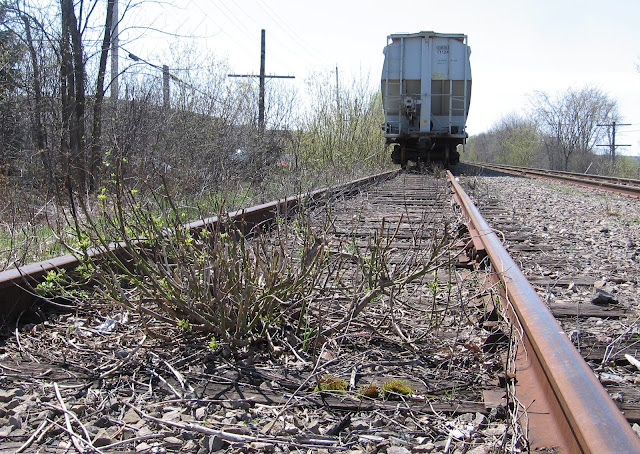 A string of hoppers has sat here for half a year, which is obvious when you look at the wood-stemmed weeds along this stub spur (above).

The vandals have definitely taken over, as you can see below. 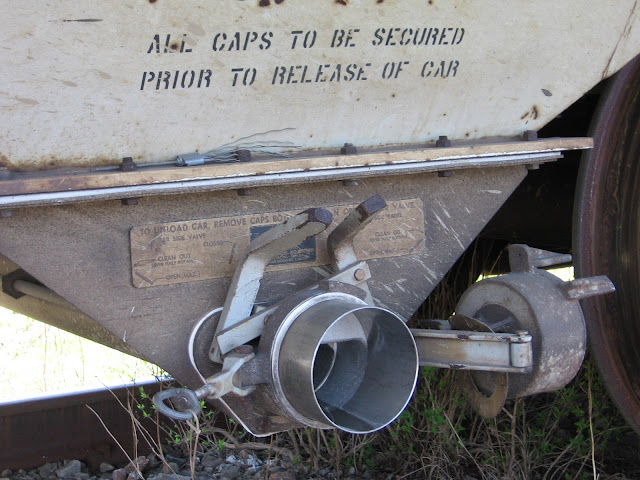 The caps being pried open was surprising to me, although the graffiti is all too common (below). If you're wondering why I photographed these cars on the shadow side, it's because the other side of the spur was choked with brush right up to the track, making photographs extremely tough. 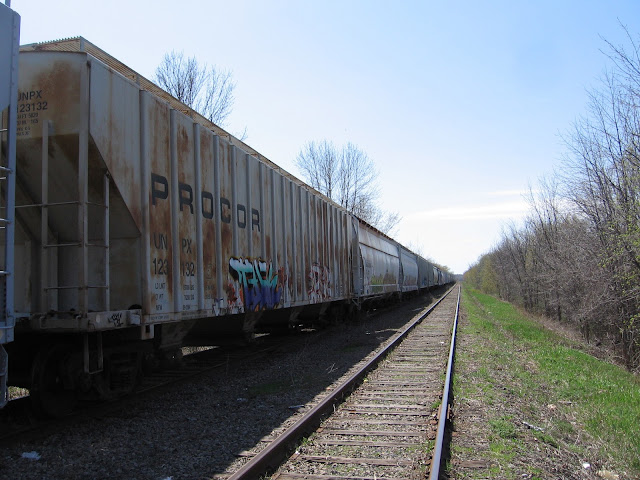 I would imagine these cars will be taken away soon as the rails are lifted, depending on how far CN decides to lift the rails. As I mentioned in my last post, I can't help but think that, with the city investing heavily in commuter rail, the removal of these tracks is an opportunity lost.

NOTE: If you are visiting this blog for the first time, I'd invite you to read the first post to get a little primer of what's to come. Welcome!

great post! I did a co-op placement at Ottawa Centrals Walkley Yard (now CN) at the end of 2008. at that time CN was slowly taking over the company and some of the RS18u's going as well. I also took part in the excursion up to Beachburg Ont in the cab of one of the RS18u's. its a damn shame what CN is doing to the beach burg sub, I hope that Transport Pontiac renfrew can save what remains of the Beachburg sub.

Thanks for the feedback and welcome aboard, sir! It means a lot coming from those with industry experience.

Do you know the schedule for the weekly freight train that runs on the tracks through Bells Corners?

I think a weekly out to Arnprior is the only freight to pass Bells Corners. It leaves Walkley Yard around 9 a.m. on Sunday, according to Beachburg Sub readers.

Much appreciated! Have been wanting to catch that run since I moved back to Stittsville but can't seem to find it ever. It would be awesome to not have to drive to Kemp trilled or Prescott to rail fab locally!

So have I AJ, just out of curiosity, did you ever catch it? I've been desperate to these past few months.