I finally made it out to the new Canada Science and Technology Museum so I could take in the new railway display. The last time I went to this museum was well before the museum was radically renovated.

The steam engine display has always been one of the highlights of this museum, so I was excited to see what the new display looked like. 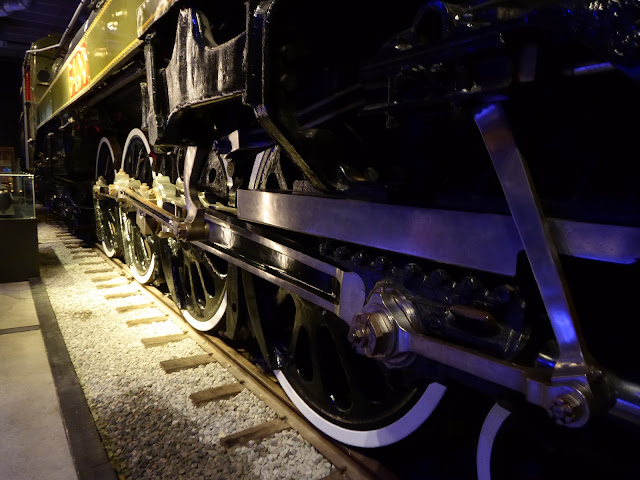 Before I get to my impressions of the exhibit, I have to commend the efforts of the Bytown Rail Society and their efforts to maintain these beautiful old giants. The old steam engines look great in the museum. The work this non-profit group does to keep rail history relevant in Ottawa is inspiring.

The new display doesn’t skimp on facts. The old steam locomotives are supported by numerous signs and information displays that put steam technology in its proper context, especially from a technological point of view. The displays really do explain to visitors just how much steam-powered trains served to build this country and drive the economy and innovation. In this respect, the display does an excellent job of educating people.

The new signage is sharp and the display as whole has a much more modern feel to it, which seems fitting, given this really is a brand new museum. 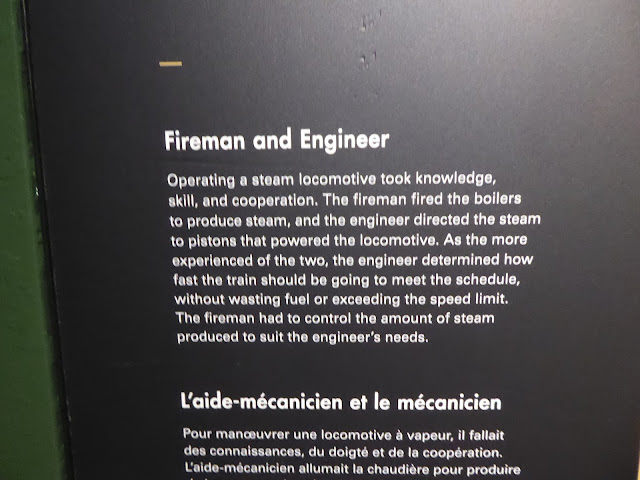 Just like before, you can sit in the engineer’s chair in one steam locomotive and even play around with some of the valves and levers. The cab also has a fake coal fire burning, which is a nice touch, since it drives home the point that these massive machines were living, breathing monsters. 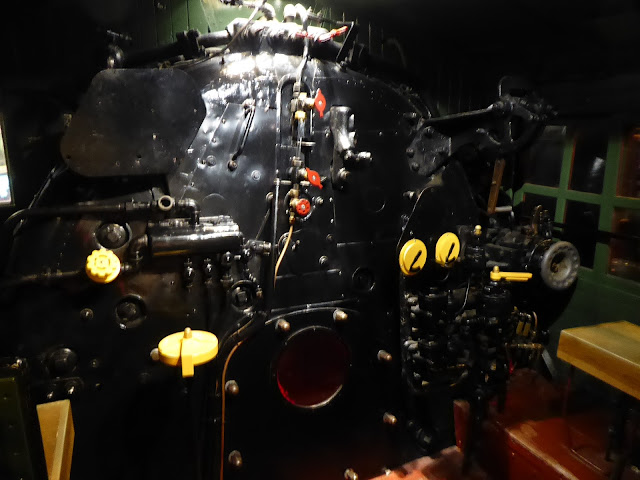 You can also walk into the cab of another locomotive, but the controls and seating are behind a glass display. 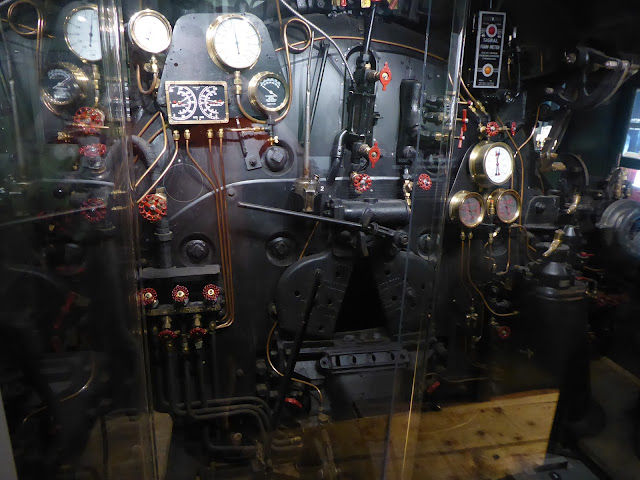 All in all, this is very much a carryover from the old steam display. My oldest daughter loved being able to sit in an engine and touch all the controls.


The display is also supported by a number of railway related artifacts and bric-a-brac. 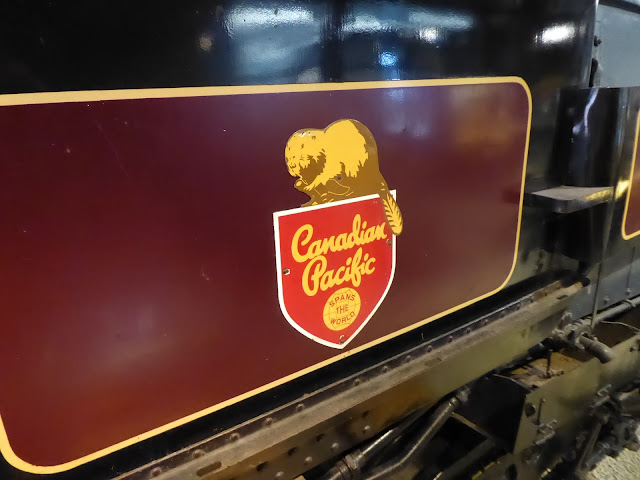 However, I have to say I was a little disappointed that the display no longer features the old Canadian National wood-slat caboose. I think that keeping this in the display and possibly adding a passenger coach, like the coach the Bytown Rail Society has been busy restoring, would have given visitors a much clearer picture of what it was like to travel by rail in the golden era of railways. 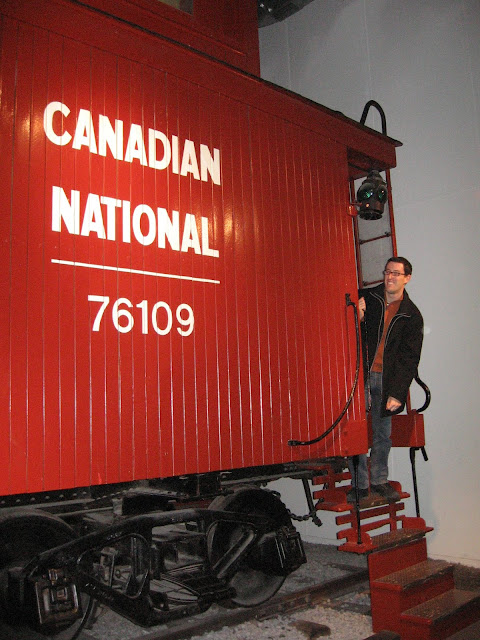 I also found that some of the signage around the locomotives prevents visitors from taking unobstructed photos of the locomotives. That was a real nuisance for me, although I am probably much pickier than the average visitor. 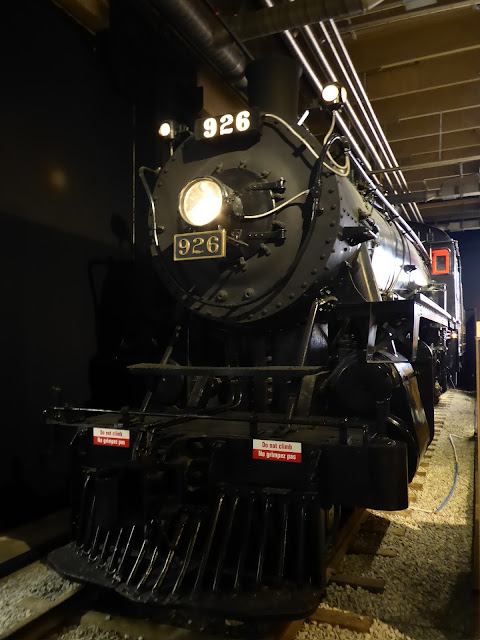 Other than those issues, I was nonetheless impressed with the display. I wonder, though, if having a rail museum in Ottawa might be a better idea than this display. After all, we have a spectacular Museum of Aviation, so why not rail? I think these types of museums appeal to more than just transportation buffs. 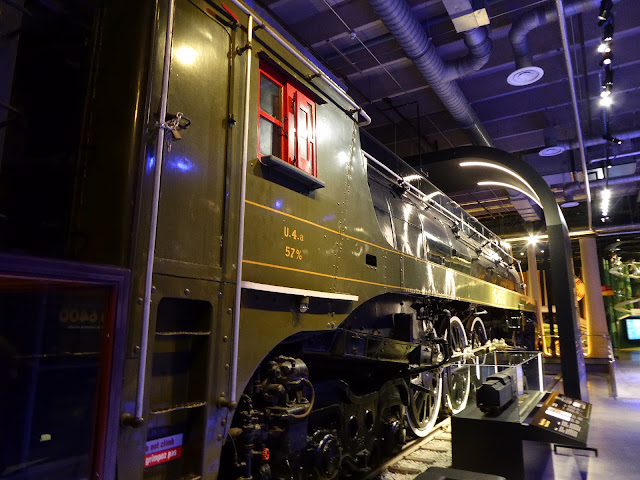 I mention this because there were a few other rail-themed items in the museum, which I will save for another post. I will also save some more specific information about the locomotives and other items in the display.
Posted by Michael at Friday, September 07, 2018

Thanks for the tour of the museum! I haven't been there in a long time so I'm interested to see it. From comments others have made, there have been mixed reactions to the refurbishment of the museum. I understand the reason why the steam engine controls are behind plexiglass is because people kept stealing them.

Thanks for your comment, Steve. For the most part, I like what they've done. It's much more reflective of a science and technology museum. My complaints are the lack of rolling stock in the railway display and the downsizing of the automotive display. They used to have lots of cool cars on display, including a Canadian-made Bricklin. But, on the whole, a real improvement from what was there previously. Stay tuned for more details.

On the topics of museums in Ottawa, I was always disappointed they never moved the science and tech museum over to Gatineau near the History museum on the old paper mill grounds. I've wondered why this never happend, but my guess was either cost or red tape).

I always wished that ExpoRail was the rail museum that we had in Ottawa. That is a very great museum.

You and me both, Dave. I have never been to ExpoRail but it's on my to-do list. Now that the old Paper mill is giving way to condos, I have to wonder why nothing was done to pursue any type of museum on those grounds. It's a shame because I would think it would be a huge draw in Hull.

While the museum was definitely do for a makeover, I am also of the opinion the rail portion comes up short. Overall, I think it was dramatically downsized.

Ultimately, they did what they could with the available space. It's unfortunate that the spur leading to the museum (old NYC sub I think) seems to no longer be accessible due to the businesses abutting it. It would be really interesting to have some railway artifacts that could still be used along there in the summer, and since there is so little rail traffic out of Walkley, it would be easy to turn around and go back. Maybe get 1201 working again!

Hi Michael: you really need to go to Expo-Rail. It's quite the easy day trip from Kanata (about 2 hrs and 15 mins). I last went two years ago. They have a fabulous set-up.

If you have a long-weekend, you might want to consider the trip to Steamtown, USA. It's about 4.5 hrs from Kanata, in Scranton, Pennsylvania. The museum cab be visited in a day and right next door there's a trolley museum which has a working electric suburban trolley that goes out for around a 10 km ride (30 mins each way) going through tunnels, and cuts. Quite the neat place!