When I mentioned that August was a record month for me, I wasn't kidding. My visit to London alone yielded more railfanning than I have ever done in a weekend. The highlight of the weekend, at least from a photograph standpoint, came when I caught this container train from the Highbury overpass over the London East Yard. 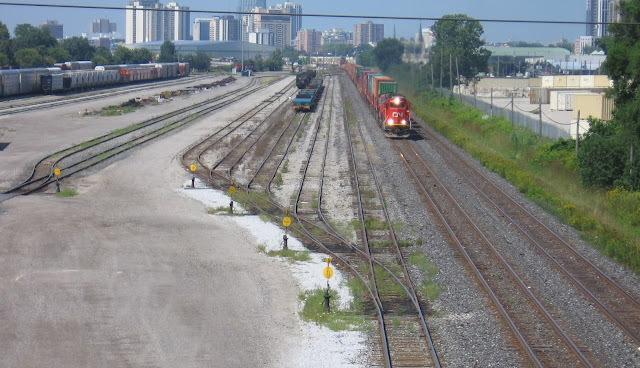 It started when I was passing over the Highbury overpass and saw the signal lights for eastbound traffic flashing green. I knew that meant that something was on its way. So I turned my car around and headed for a nearby parking lot, which allowed me to scamper up the overpass sidewalk and position myself for some great shots. In a few seconds, a container train with two locomotives rumbled around the curve near the Western Fairgrounds and hit the straightaway. I initially set myself up almost straight on (see above), so I could get a shot of the train and the train yard in the same shot. 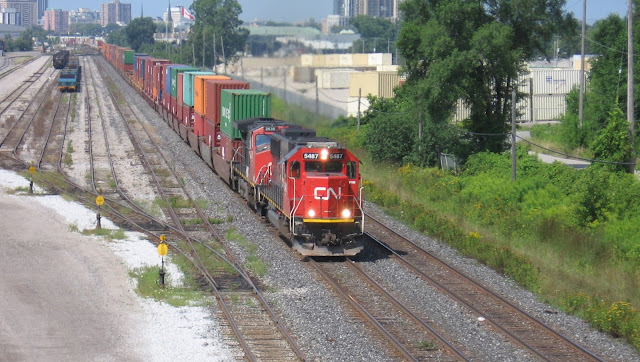 But I quickly shifted to my left so I could get a little more of a profile of the train. I was pretty happy with the above shot, since it pretty much confirmed to me that everything came together. Perfect lighting, perfect positioning (no shadow) and great framing. I won't pat myself on the back too much. I know my limitations as a photographer. But when I saw this shot of 5487 and 2635 pulling a long string of containers, I knew I had a special shot. 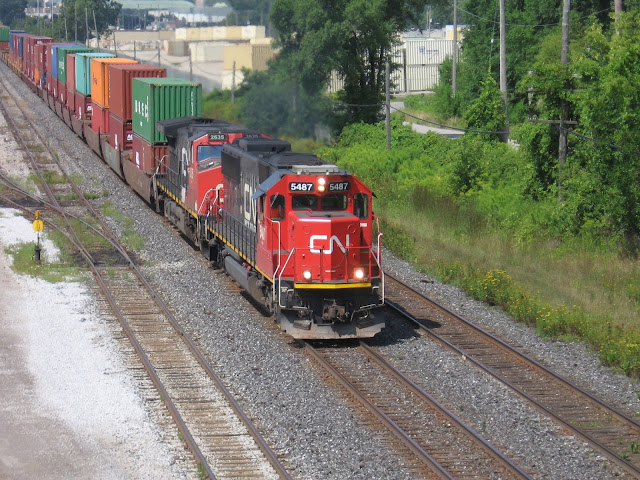 I did a quick zoom and got a close up of the lead units. You can see the exhaust in this shot. Always a plus for me. 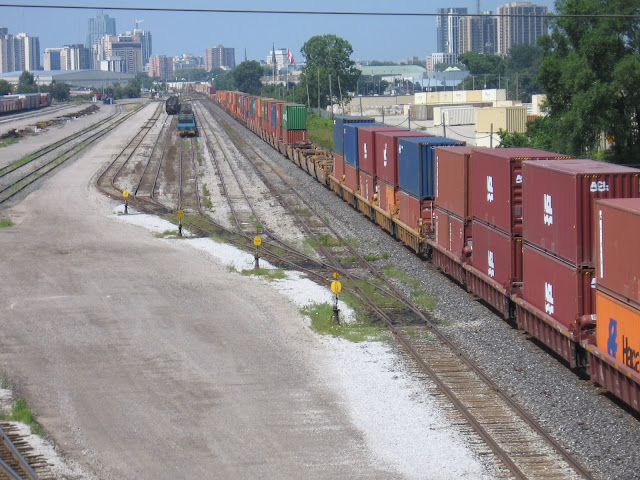 I zoomed out a little and got a shot of the train itself with some of the London skyline in the background. You can see this train snaking around the curve in the top of the photo. I was waiting for traffic on Highbury to lighten up a little so I could cross to the other sidewalk and get a going away shot of the train, especially since the other side had some interesting features for a rail photo. 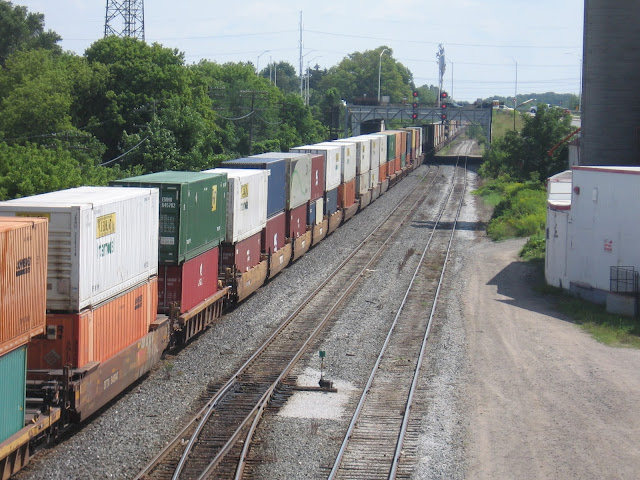 I really like this shot of the containers heading under the gantry as the train heads east toward Toronto. 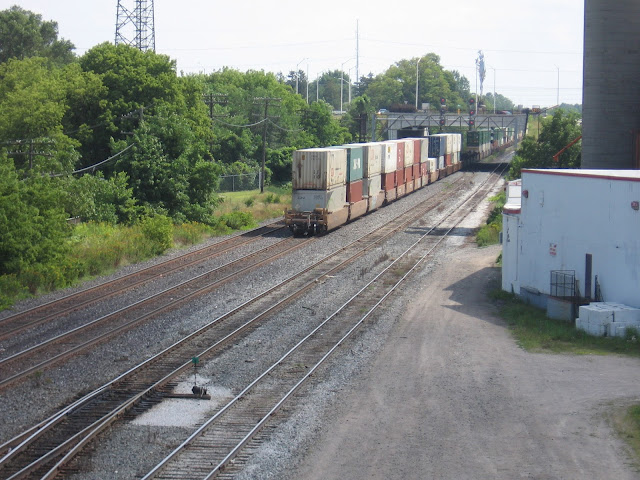 One final going away shot, although by this time the sun was washing out the sky to the extent that I couldn't colour correct it in a way that still did the rest of the photo justice, so I left the shot unfiltered.

This was the first CN container train I have shot since I ran across two container trains in Markham in 2013. Yep, it's been that long. I will concede that these trains hardly thrill most railfans and I am no exception. However, when you get an overhead shot and the light and positioning are just perfect...well, it's a satisfying meet for sure.

I have one last item to share from my time in London, which I will save for the next post. Actually, I have two items, but one of them will be saved for a more thematic post later this year or next. I think a six-part series about London might be overkill.

Great angle on that train, and great light! Love it!

I think that was CN Chicago-Montreal intermodal train 148. And those 5400-series straight cabs are always nice to see.
Thanks for sharing your railfan success, Michael!
Eric

Thanks for the added info, Eric. You are probably right that this train was heading to Mtl. I was really happy to see the lead unit wasn't a wide nose.