My wanderings in London continued as I found my way to the Canadian Pacific's Quebec Street rail yard. Compared to the CN yard, which is in the middle of a very busy section of the city, the CP yard is in a much quieter spot, largely hidden away from its surrounding neighbourhood. However, the Quebec Street overpass does over off some great views of this rail yard, even though electrical wires make it extremely challenging to get unobstructed views. The mix of rolling stock in this yard is very similar to what I found in the CN yard. Both yards had their share of covered hoppers, tank cars, gondolas, some boxcars and autoracks. This is what I saw at the CP yard. 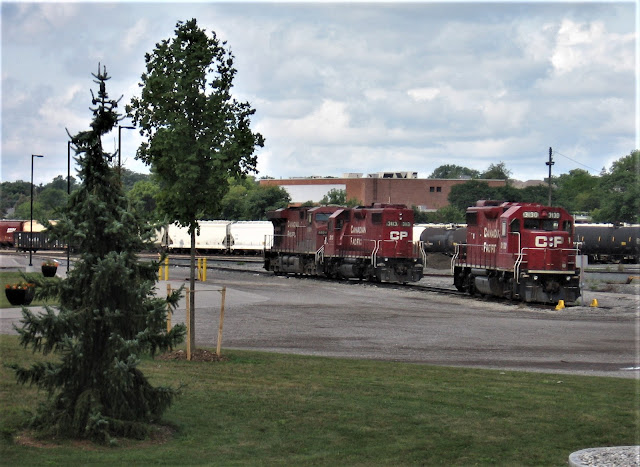 I was surprised by the mix of motive power in the yard when I arrived. Two units, which were clearly geeps (GP 38-2 3113 and 3130) were parked on a stub-end track with an ES44AC. Not your typical engine in a rail yard. I was actually really impressed with how new and clean the CP facilities looked, compared to the CN yard across town. 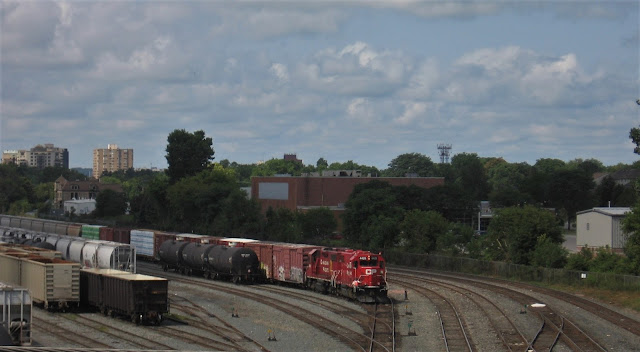 As I mentioned, it was incredibly difficult to get decent shots without capturing some of the electrical wires in the shot. The image above is the CP local I caught, which was just putting itself together. You can just make out the wire in the bottom left of the photo. This local was a real treat to watch, since it included some rolling stock I had never seen before as well as some older CP Rail boxcars. It also had a unit with the golden rodent on the side. This was the first time I had photographed one of these units. Stay tuned for more about this train in a future post. 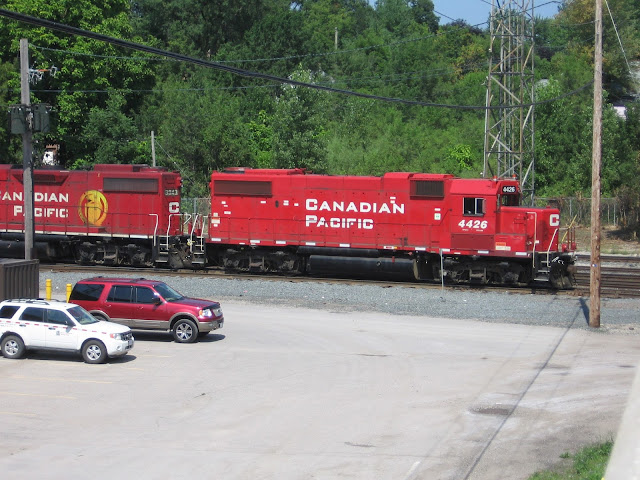 After sticking around to shoot the local, I took off as there were no through freights on their way, by the looks of things. I did go back to the yard the next day and found very little happening, although two units were idling near the CP yard office, including another unit with the golden logo. I was happy to catch a glimpse of this once again. The two units were not crewed, so I didn't stick around. 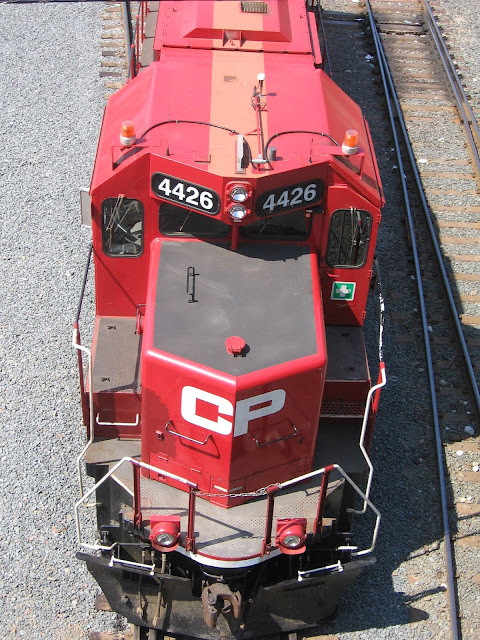 However, I did manage to get a great overhead shot of CP GP38-2 4426 from the overpass, which allowed me to catch some details on the engine that I would not otherwise be able to appreciate trackside. 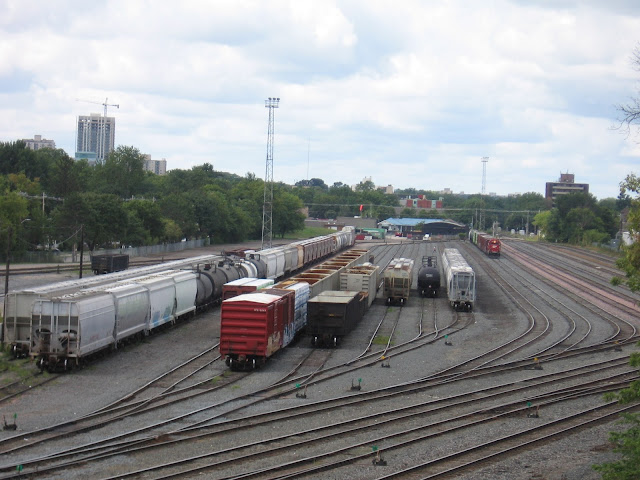 I made sure to get an overall image of the yard from the overpass. You can see the local train in this shot. For the most part, it was pretty quiet in the yard when I visited, but it was still worthwhile to get a view of CP's operations in this busy railway city.
Posted by Michael at Thursday, September 21, 2017

Nice overhead of 4426! It really shows that non-skid paint stripe that some units have.

Thanks Steve. The beauty of getting into railfanning at this stage of my life in a city with little to no railway action is that everything I see is new. I had no idea CP units had that stripe. Another discovery...