Ottawa's railway gift that keeps on giving: the Chateau

This post is the second in a rail history series I intend to extend through 2017 as we celebrate Canada's 150th birthday.

I was thinking about my attempt to chronicle the history of railways in the Ottawa Valley this year as part of my Canada 150 project when it occurred to me that I was missing perhaps the most obvious piece of railway history in Ottawa: The Chateau Laurier Hotel.

Anyone who has visited Ottawa knows about this iconic hotel. It was built by the Grand Trunk Railway across Rideau Street from Ottawa's Union Station. The Chateau was meant to rival the hotels built by GTR rival Canadian Pacific. It was also meant to be the official hotel of government leaders and visiting dignitaries. Today, it remains the city's most prestigious hotel and continues to host tourists from all over the world and any number of world leaders.

I thought I'd share a few interesting tidbits about this hotel, which truly does epitomize the golden age of passenger rail in Canada. Let's begin with this shot, which is one of the photographs that is posted in the main lobby of the hotel. 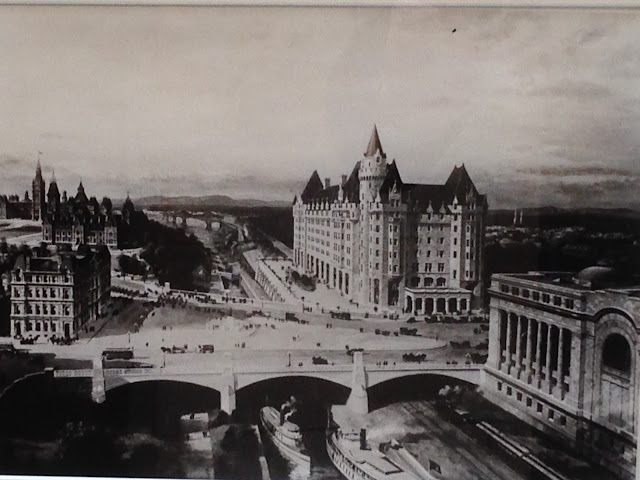 The Chateau, seen here shortly after opening, was meant to serve that railway axiom "If we can't export the scenery, we'll import the tourists." That was a quote from William Van Horne of the Canadian Pacific, but you get the idea. The hotel wasn't nearly as big as it is now but it was an impressive structure in rough-and-tumble Ottawa in the early 1900s. It was the first hotel of this quality in the capital.

The hotel is still connected beneath Rideau Street by a tunnel. The tunnel is now off limits, although I would imagine it may still be used by delegates attending conferences at the Government Conference Centre, as Union Station has been known for years. 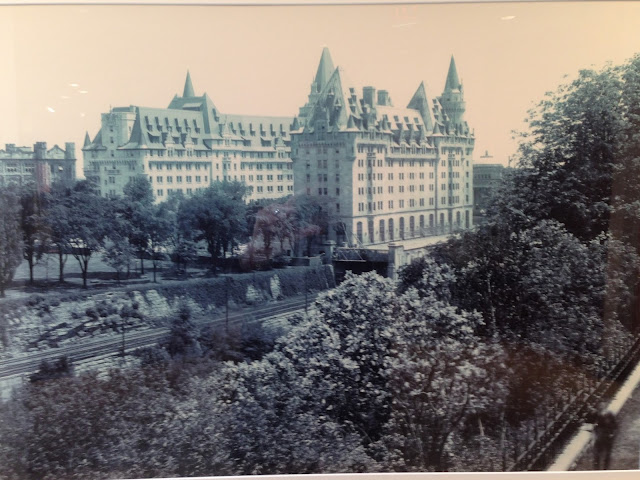 You can see the triple tracks on the edge of the hotel in this shot. The rails are long gone, but a service road is still in place, which uses part of the old right-of-way

Here's another fun fact. The hotel is one of the few that has been owned by all three of Canada's transcontinental railways. The hotel was originally built by the Grand Trunk, but was then brought under the control of the Canadian National when the CNR absorbed the Grand Trunk in 1923. The railway at one point had the CN wet noodle logo on its entrance lettering. In 1988, the hotel was sold to the Canadian Pacific hotel subsidiary. When CP began to divest itself of everything but its railway operations, the hotel became part of the Fairmont chain.

The construction of the hotel wasn't immune to politics, as is the case with just about everything in Ottawa. There was some serious opposition to a hotel being built on a piece of Majors Hill Park, but the hotel was nonetheless built, thanks to the help of Prime Minister Wilfrid Laurier. It likely didn't hurt that the government had already subsidized the Grand Trunk's Pacific extension, so a little further help in getting this hotel build doesn't seem like much of a stretch.

Even before the hotel was opened, there was a question about what it would be called. Charles Melville Hays, the head of the Grand Trunk, wanted to call the hotel the Chateau Laurier, after the Prime Minister, although Mr. Laurier was reluctant to have the hotel bear his name. There was a suggestion that the hotel be called Majors Hill Hotel, after the park that it backs onto, but the Chateau Laurier name was eventually picked. You can read the letter that Hays wrote to Prime Minister Laurier in the lobby of the hotel. I'm not sure how comfortable Mr. Laurier would have been to have received such an honour, especially since he was still alive. It seems like an honour one would bestow on the deceased. 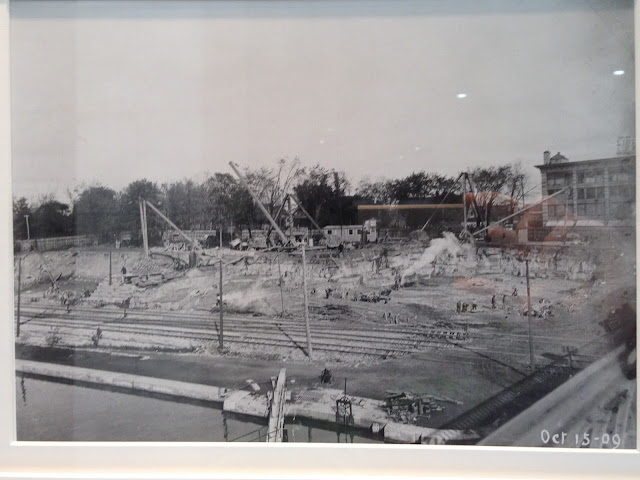 This is a shot of the beginning of construction from 1909

When the hotel and railway station were officially opened in June 1912, there was very little fanfare. The reason for the subdued affair was because Mr. Hays, who had led efforts to build the hotel, died on his way back to Ottawa aboard RMS Titanic.

The tragedy of his death still resonates in the city, since it is widely known that Mr. Hays still roams the halls of the hotel. Numerous guests and hotel employees have reported meeting the spirit of Mr. Hays, who is often described as a friendly spirit.

The chateau-style construction is similar to the style that was employed for many other railway hotels, including the Chateau Frontenac in Quebec City and the Banff Springs Hotel in Banff, to name but a few.

This Canadian style of construction has become Canada's calling card throughout the world in many respects. For example, visit the Canada pavilion at Disney World's Epcot theme park in Florida and you will see a scaled down recreation of the Chateau Laurier. 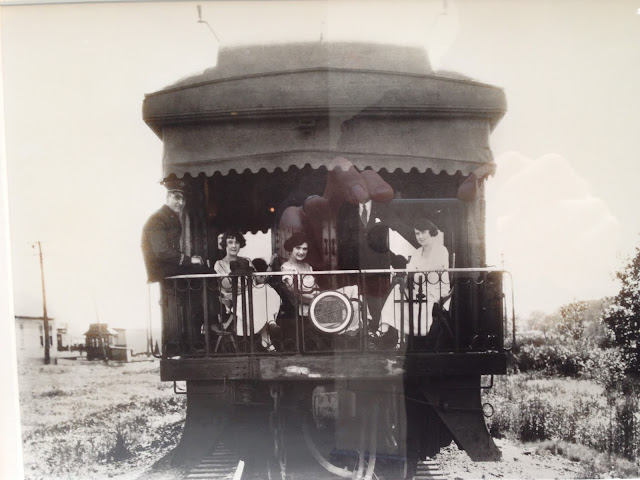 Please excuse the reflection of my hands in some of the shots. I snapped a few quick shots of the historic photos on the walls of the hotel earlier this week. The lighting was not terribly easy to work with, considering I was armed only with an iPhone.

I like this last photo more than any other in the hotel. It looks like those ladies are having a great time at the end of that train!

And, where my bride and I went for our honeymoon. Owned by CN at the time, we splurged for the Silver service level which was slightly swankier. Great central location chosen all those years ago, and seems to be holding its own these days.

Thanks for posting and let's keep this historic series going!
Eric

Until then, we have fun speculating on blogs! Thanks Eric.

When they built the condominium on Rideau Street between Mackenzie and Sussex they broke into the tunnel between the Chateau and the Conference Centre. Large quantities of crushed stone was poured into it before construction of the foundation continued.