One is the loneliest number

Maybe 589 is even lonelier than the number one. 589, of course, is the number of CN's local that operates throughout the week in Ottawa. On Sundays, the local heads west on Via's Smiths Falls Subdivision as it makes its way to two local industries on the line. I am in the habit of trying to shoot this local, such as it is, on Sundays since the Smiths Falls Sub is fairly close to where I live.

On June 1st, I waited at the McKenna Casey Drive crossing, just outside Barrhaven, to shoot 589, which is usually preceded by Via Train 643. It was a brilliantly sunny morning when I waited for the Via corridor train and the CN local freight. I wondered how many cars it would have in tow, since the last time I had shot it, it had three hoppers in tow.

After the Via 643 rushed by, I waited a few minutes before I noticed the headlights of a plodding diesel making its way to the crossing. I guess I shouldn't have been surprised by what I saw, which was nothing, essentially. 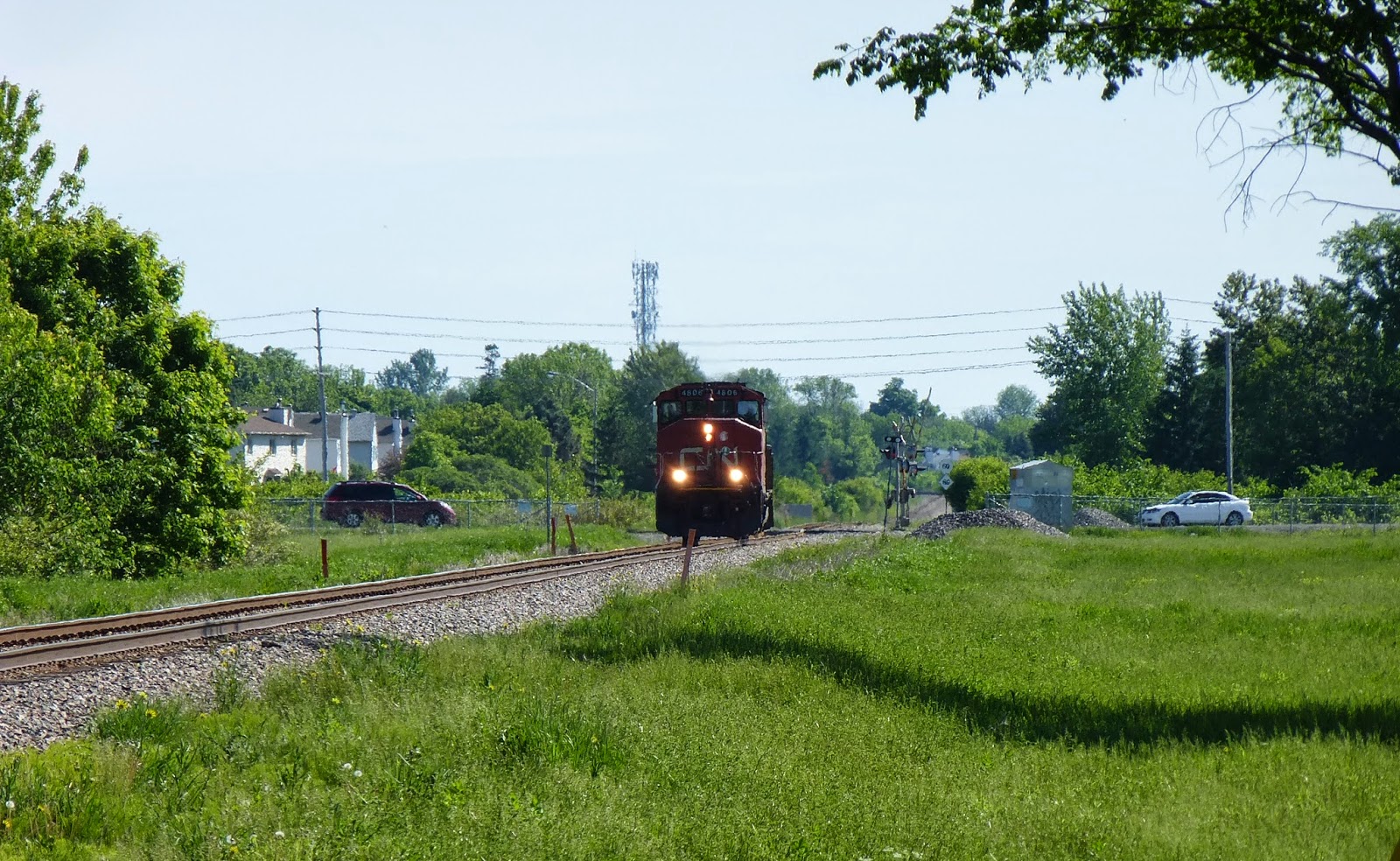 CN GP38-2 4806, in its faded safety scheme, made its way solo to Kott Lumber, just beyond milepost 8 and the Moodie Drive crossing. This was the extent of the local. It had no cars to deliver, just one lumber car to pick up at Kott. Needless to say, I was quite disappointed to shoot just a locomotive, especially considering the early morning light was surprisingly generous in the shots I was getting from my vantage point. 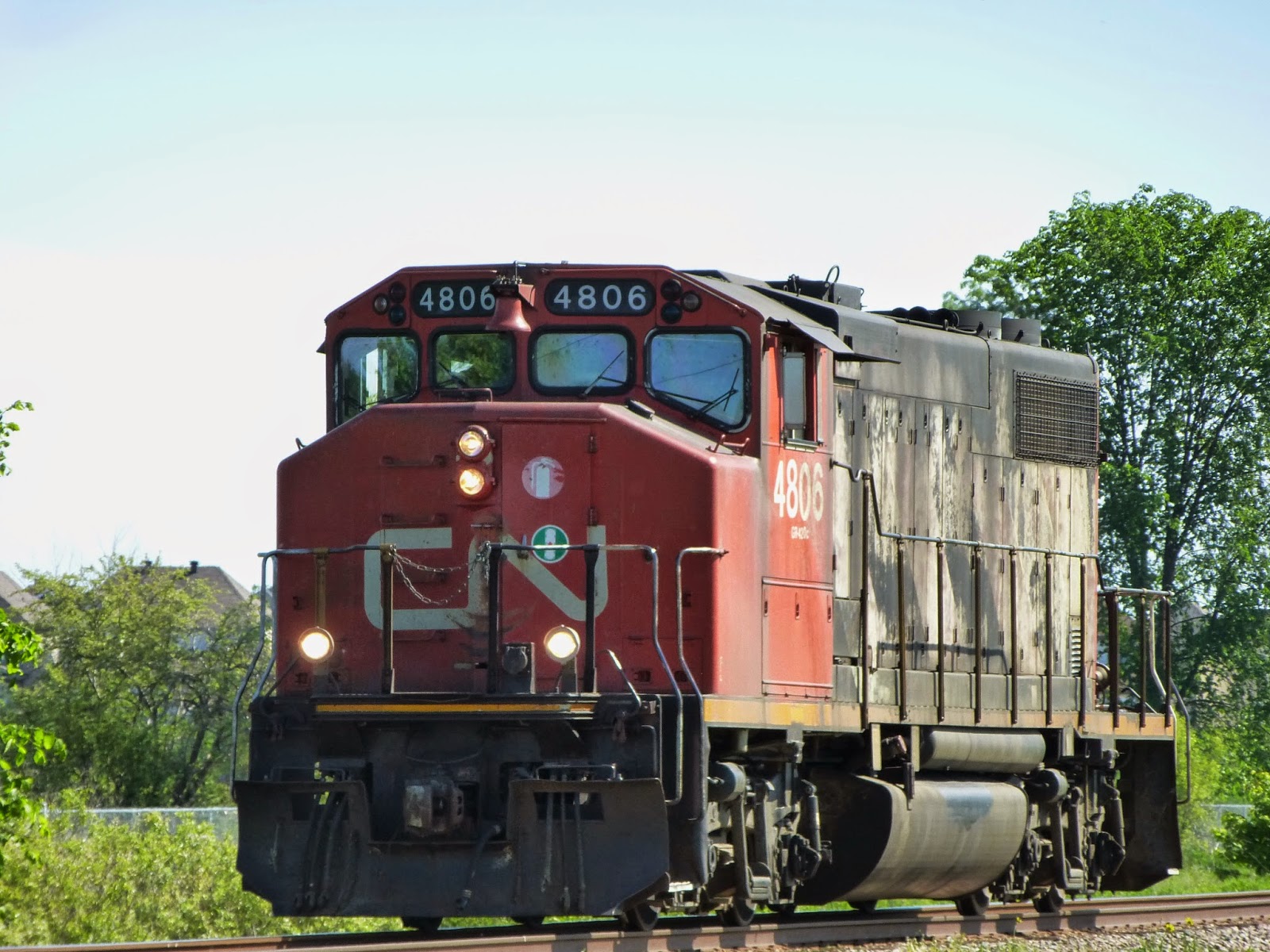 Despite my disappointment, I liked this shot below, because of the colour of the sky, the jet's contrail and the brilliant green foliage around the track. (Now contrast this shot of 4806 with this shot taken a few years ago.) 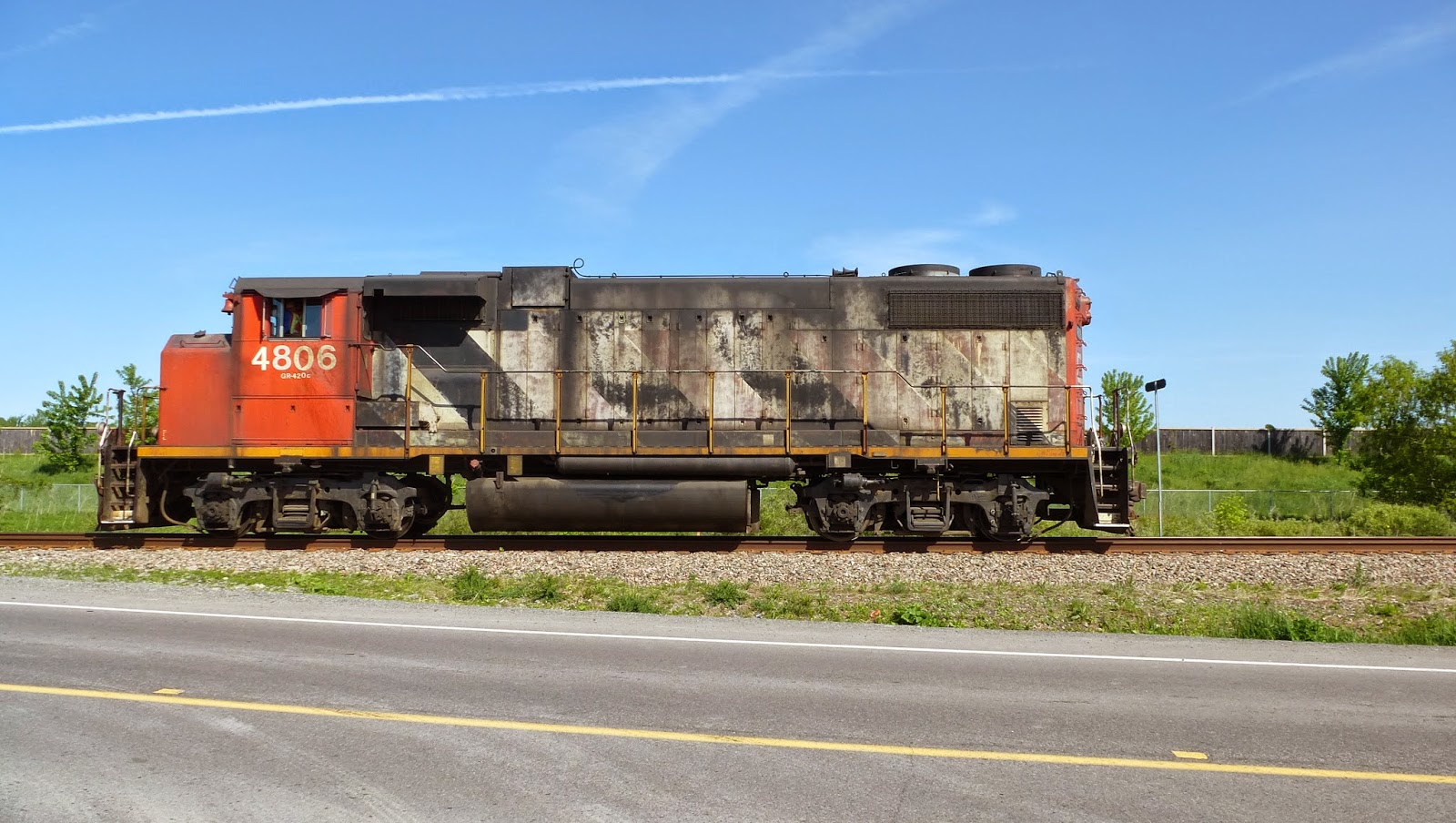 I followed the local to the Moodie Drive crossing and took a few shots, which are a little harder to get now that the trees and brush have sprouted their summer greens, which obstruct the view of the Kott lumber switch. I attempted to follow the train to Twin Elm, where CN serves the SynAgri feed mill, but an earlier visit to the mill showed that there were no hopper cars to pick up. That meant the local quickly geared up and headed for points south before I could get a shot of it at one of the two rural crossings at Twin Elm. Getting shots at Twin Elm will be my next mission, since the area has a rustic feel, which I think will make for great shots. 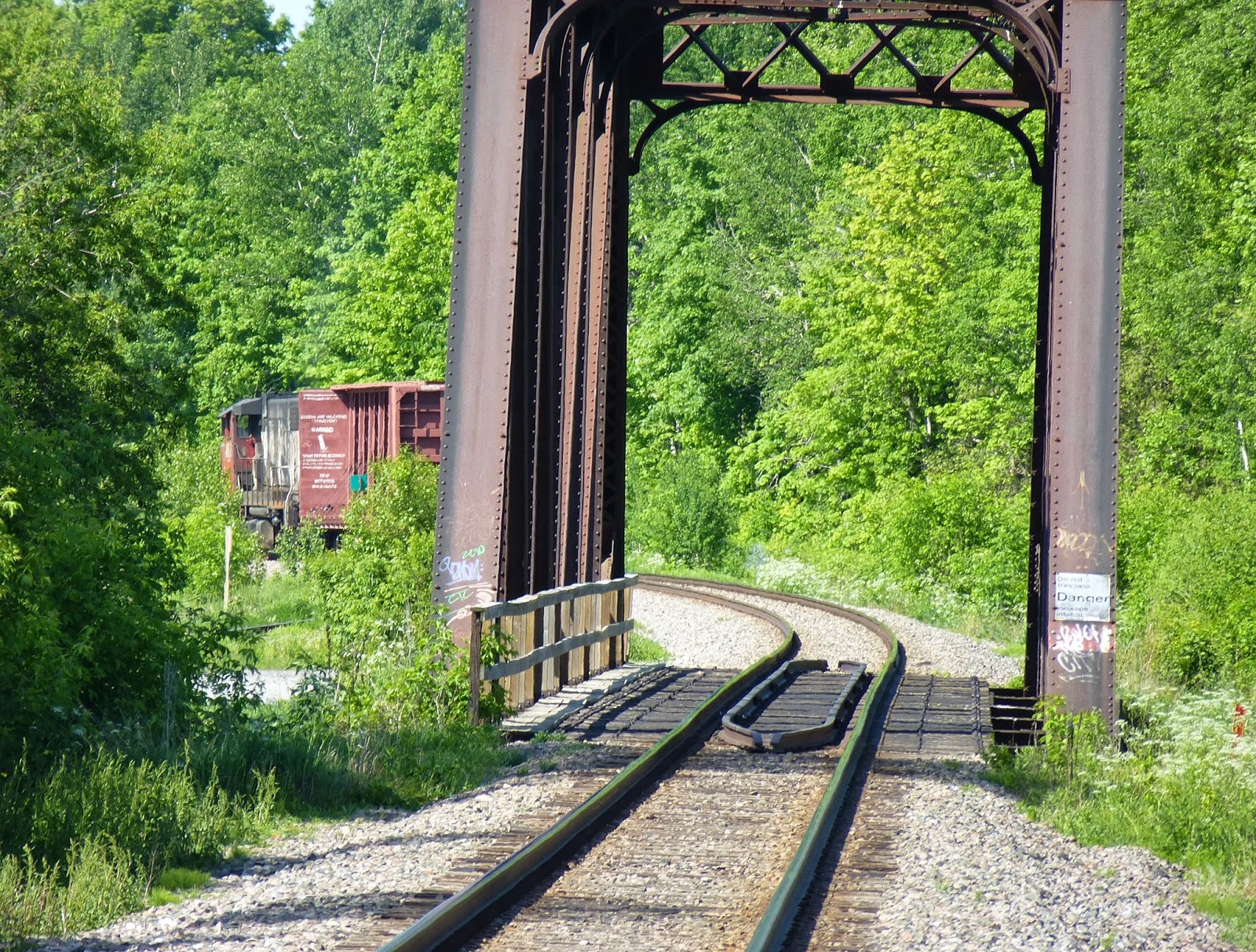 Programming note: John Marginson, former COO of Via Rail, has been active in the city in recent weeks as he leads efforts to fix Via's level crossings in the Barrhaven neighbourhood. John has generously agreed to provide The Beachburg Sub with a full update on what the railway is doing locally. Stay tuned for John's report. ﻿
Posted by Michael at Thursday, June 19, 2014

That is a nice broadside view of 4806 - great light and sky.

Hopefully there will be a bit more on the train the next time you see it!